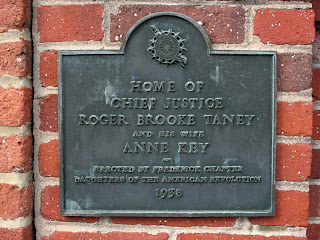 ﻿﻿﻿﻿﻿ Notwithstanding the claims of this 1938 DAR plaque, neither the author of the Dred Scott decision nor Francis Scott Key's sister, Anne, lived in this house. The house belonged to Elizabeth Luckett who sold the house to Taney in 1815 but continued to live there. Taney may have bought the house to save the mother of his ne'er-do-well friend, Otho Luckett, from foreclosure. But there's more to this site than its association with R. B. Taney. It offers a rare glimpse into middle-class life in 19th century Maryland. Mrs. Luckett's was a small house on the outskirts of a large town, not a rural plantation. She did, however, own slaves. The old "quarters" survive attached to the back of the house.
﻿﻿ 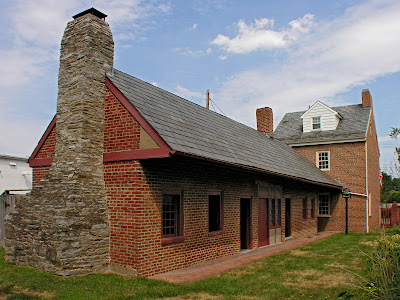 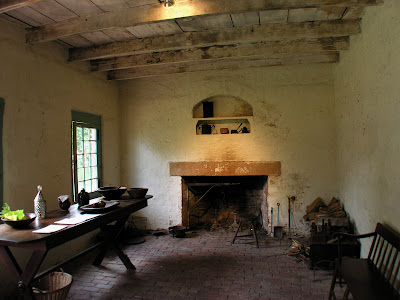 ﻿
This ad offering a $50 reward for the return of a runaway slave named Jack is particularly revealing. 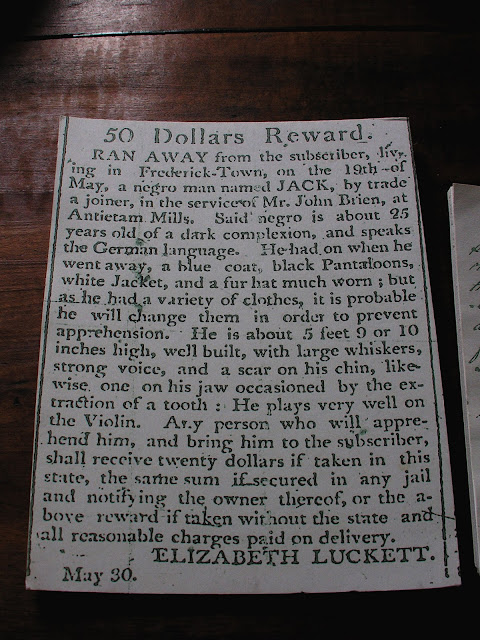 Jack, a joiner by trade, played the violin and spoke German.  Many of Frederick's residents spoke German as well as English in the early 19th century. Frederick's German community included Barbara Hauer Fritchie who lived around the corner and across the creek from Mrs. Luckett.

Not to slight Roger Brooke Taney or the Dred Scott decision, I'll leave the telling to Chief Justice Rehnquist in his speech at the re-dedication of the Taney house in 2004. I'll just mention that Taney wrote the definitive account of his brother-in-law's authorship of "the Star Spangled Banner."

Today the house is a museum describing the life of Roger Brooke Taney and portraying middle-class life in 19th century Frederick. 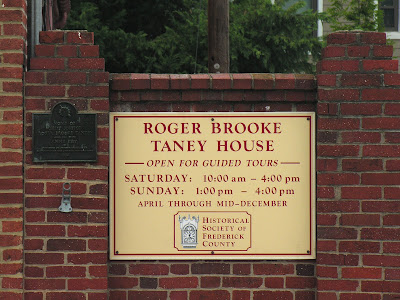 Site manager, Jennifer Winters, shown here taking down the flag, led me on an excellent tour. 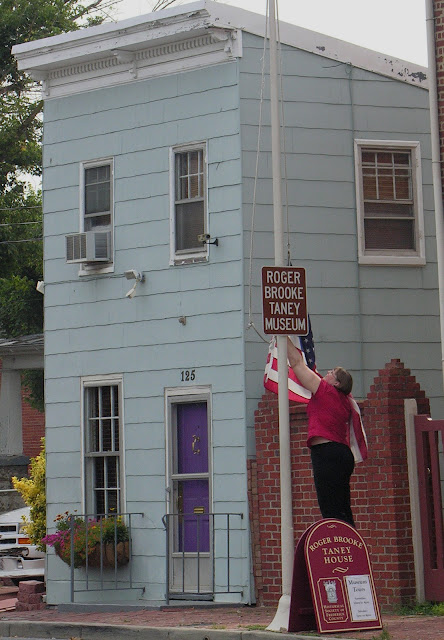 This site is another good example of the evolution of historic sites from commemoration to explanation along with an increase in historical accuracy and a concommittant increase in interestingness.
Posted by Allen Browne at 11:02 AM