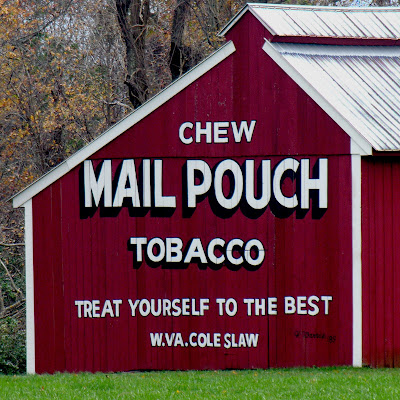 W. Va. Cole Slaw At Cross Manor, St. Inigoes Maryland.
This distinctively marked red barn is on the property called Cross Manor on Cross Manor Lane off Villa Road in St. Inigoes, Maryland. The barn is signed by the Ohio barn painter Harley Warrick who died in 2000. This paint job dates from 1989. 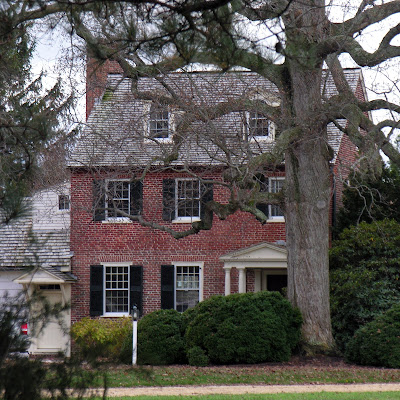 Those claims are based on the belief that it was built in 1642-3 by Thomas Cornwaleys (variously spelled Cornwallys, Cornwallis and Cornwales), a Catholic recrusant who came to Maryland on the Ark in 1634 and has been called the Miles Standish of Maryland for his military prowess. Charles Duvall's 1943 photo below is of the side of the house that faces St. Inigoes Creek, a branch of the St. Mary's River. 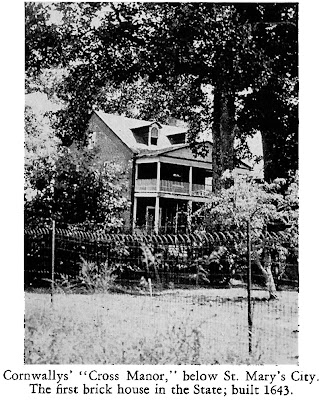 An historical marker a few miles away on Rt. 5 notes the 1639 land grant of "The Manor of Cornwaleys' Cross." 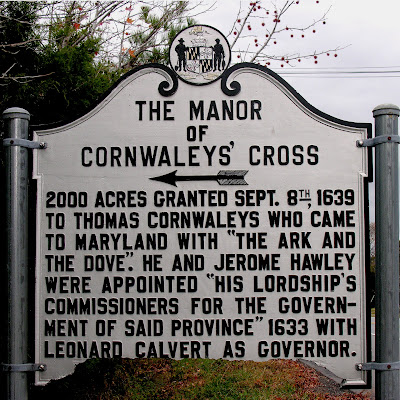 The Manor of Cornwaleys’ Cross

2000 acres granted Sept. 8th, 1639 to Thomas Cornwaleys who came to Maryland with “The Ark and The Dove.” He and Jerome Hawley were appointed “His Lordship’s Commissioners for the Government of said Province” 1633 with Leonard Calvert as Governor.

During the "Plundering Time," a distant ramification of the English Civil War in Maryland, Cornwaleys fought on the side of the Catholic proprietors against their Protestant antagonists, Claiborne and Ingle. He defeated Claiborne in the first naval battle fought on the inland waters of the U.S. in 1638. He fought against the Native Americans in 1644, and also in 1644, his house at Cross Manor was plundered and burned by Ingles. He returned to England soon thereafter and died there in 1675.

There are several (almost certainly apocryphal) stories about how the name Cornwaley's Cross came about. Wilstach  quotes Helen W. Ridgley for two such stories:


One of them is that early in the days of the Virginia Company, a party was sent to explore the rivers and creeks north of the Potomac, and as they did not return, a second party went in search of them, and found their dead bodies on the sandy beach where they had been murdered by the Indians. A cross was here erected to mark their place of burial, and Cornwalleys finding this cross, named his manor after it. Another story, equally tragic, is that Comwalleys, while one day hunting with his dearest friend,  accidentally shot him. A cross was raised to his memory and Cornwalleys ever afterward lived a recluse.

The current manor house was built before 1798 with a second period of constuction between 1828 and 1840. During the American Civil War, Cross Manor was the base for the Potomac Flotilla. It was from here that the ill-fated Tulip set out on its fatal last voyage. The Tulip Memorial is on land purchased by the Federal Government from Cross Manor. 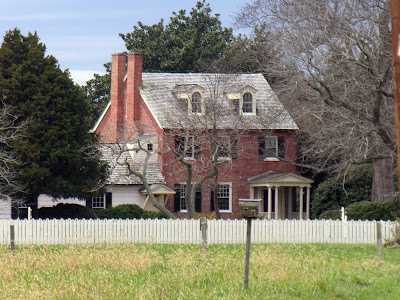 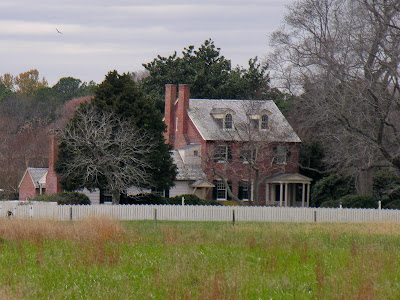 The "Mail Pouch" barn is echoed by this bird house which is likely also a Harley Warrick product. 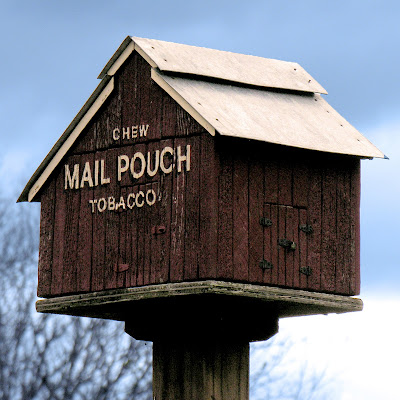 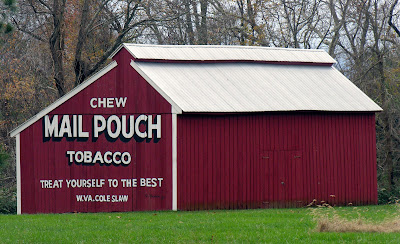 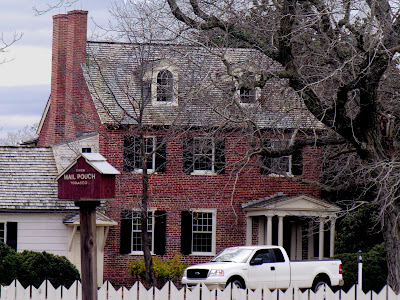