Pomeroy's on the Transpeninsular Line 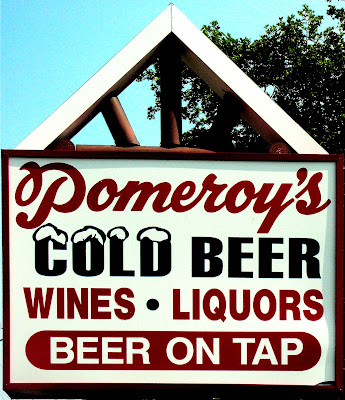 
The Transpenisular line dividing Delaware from Maryland crosses Delaware 113 at Selbyville ten miles west of Fenwick Island. The boundary is marked with a stone marker dating from the 1750's. 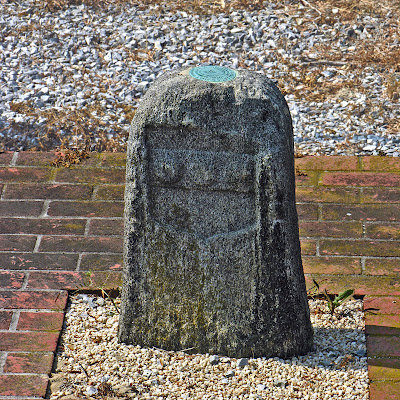 The line running across the Delmarva peninsula from Fenwick Island to Taylor's Island marks the southern boundary of Delaware vis-a-vis Maryland, and its midpoint marks the south end of the western boundary of Delaware. In the 1750's this was the boundary between the lower counties of Pennsylvania and Maryland. That's the Penn coat of arms on the stone in the picture above.  Here's the Calvert coat of arms on the south face of the stone. 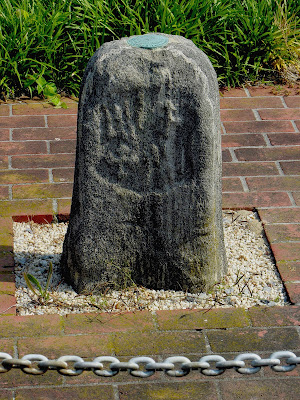 Despite the name of this nearby shopping center, this is NOT the Mason-Dixon Line; It was drawn a decade before those famous astronomers took over mapping the Maryland Pennsylvania border by local surveyors from Marylander and Pennsylvania. 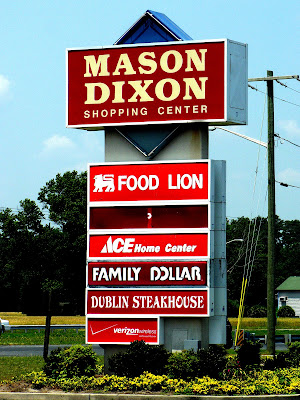 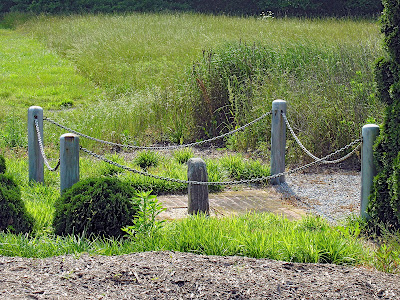 A 1932 USGS marker identified as "Norman" sits on top of the stone. 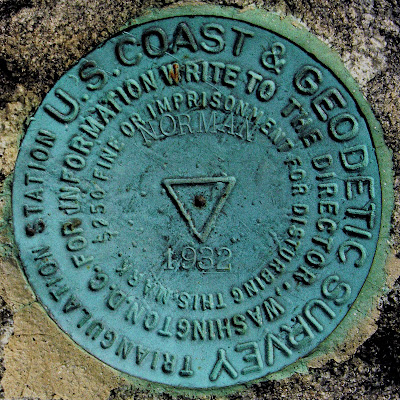 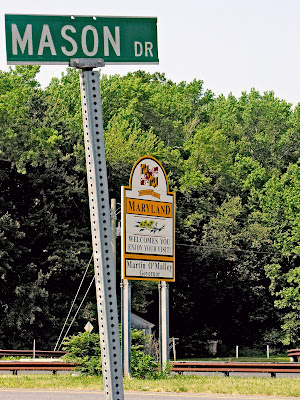 In my search for this boundary marker, I parked at Pomeroy's at 16 Dupont Boulevard. 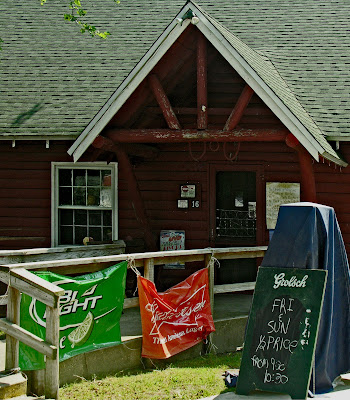 The welcome to Maryland sign can be picked out from the clutter looking south from Pomeroy's parking lot. 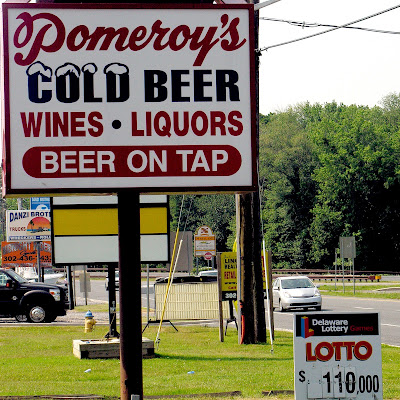 Mrs. Pomeroy insisted that the boundary just south of her bar and liquor store was in fact the famous Mason-Dixon Line. 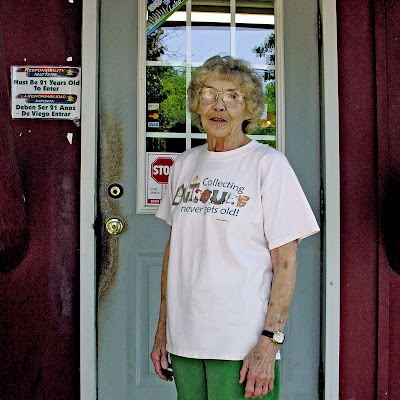 Mrs. Pomeroy's in-laws bought a gas station on the relatively new Dupont Highway in Selbyville in 1924 and built a restaurant there. She showed me this photo of the filling station dated September 1924. 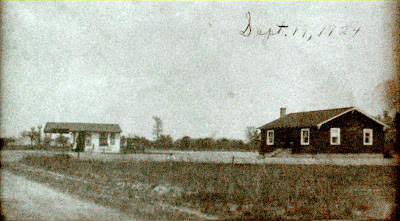 This photo from the 40's shows Pomeroy's Restaurant at the same location. 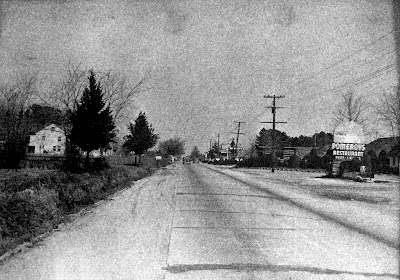 In the 1920's Mrs. Pomeroy's father-in-law also built this house of cypress logs from the swamps that surround the headwaters of St. Martin's creek. 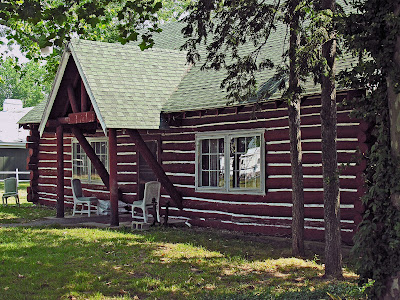 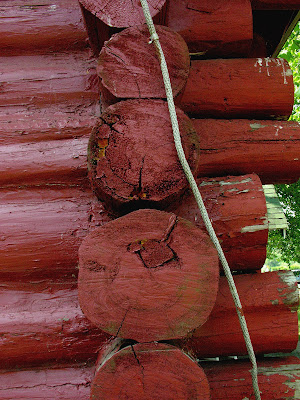 Pomeroy's rather draconian code of dress and conduct reflects the violence that has plaqued Pomeroy's in recent years and has led Selbyville to enact a curfew on drinking after midnight. 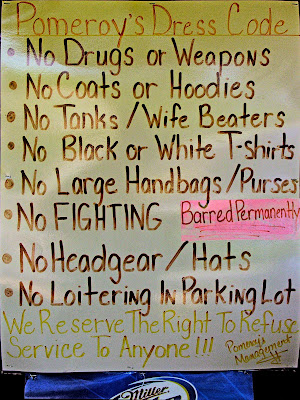 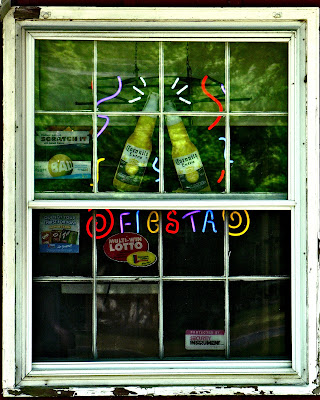 This cypress wood loveseat harkens back to gentler times at Pomeroy's. 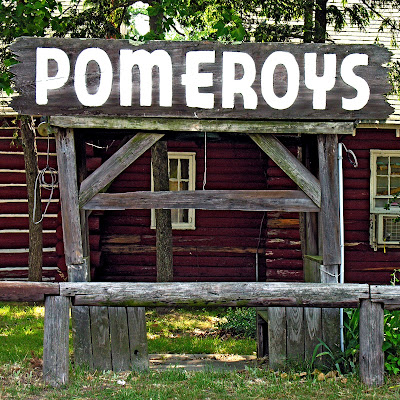