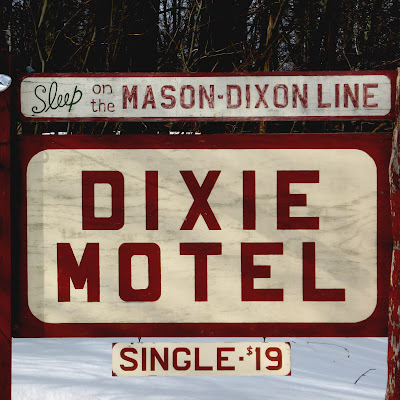 Sleep on the Mason-Dixon Line
This six-room 50's era motel and gas station sits on Rt. 40 at the summit of Winding Ridge in Addison Township, Pennsylvania. 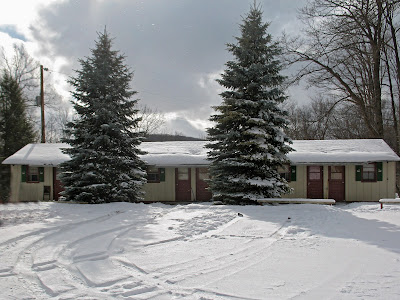 As the name implies, the motel is just north and east of the Mason-Dixon Line. 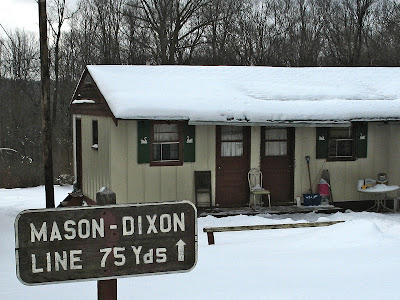 The Mason-Dixon Line marker along the power line cut behind the Dixie Motel is one of the markers placed in 1902 by Hodgkins' re-survey of the line. (Mason and Dixon didn't place any stone markers west of Sidling Hill. They placed wooden posts in stone cairns.) The mound of stones was hidden under the snow when I dropped by. The 1902 stones were marked with an M on the south side, a P on the north side, 1902 on the west side and 1767 (the date of the Mason-Dixon Survey) on the east side. 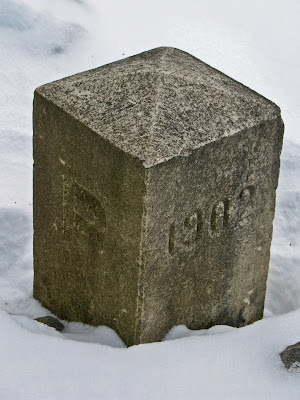 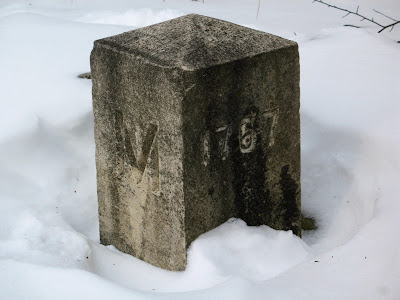 This stone marks mile 209; Hodgkins described it this way:

209.  Stone monument placed at the center of large mound of earth and stones on the summit of Winding Ridge and a short distance south of the National Road.

This photo by Todd Babcock of the Mason-Dixon Line Preservation Partnership shows the mound of rocks surrounding the stone. 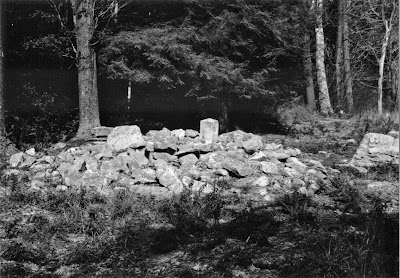 An image of the stone appears in the foggy window of the gas station. 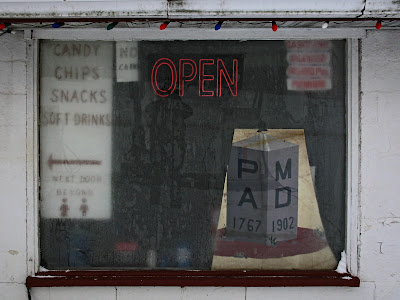 John Reichenbecher was sweeping snow when I drove up on a cold December day in 2009. 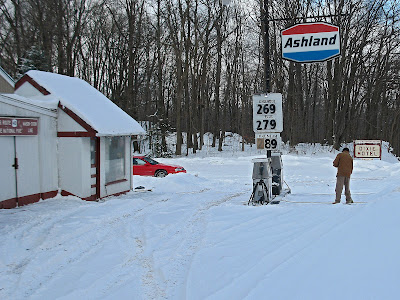 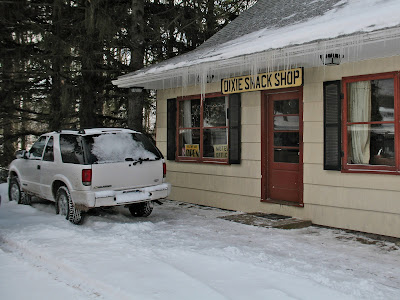 Inside the Dixie Snack Shop and Motel office, Mr. Reichenbecher made me a weak cup of coffee from a sort of coffee tea-bag. 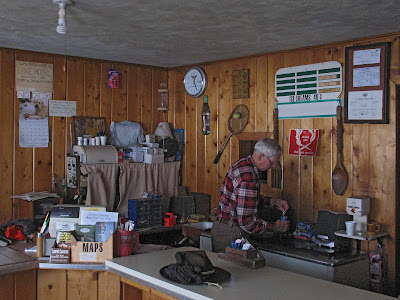 The coffee was at least hot on that freezing day on Winding Ridge. 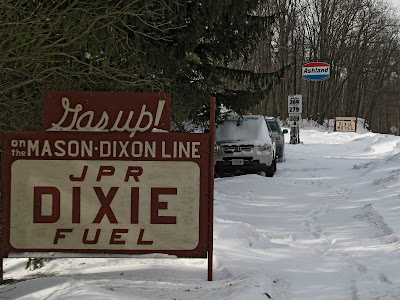 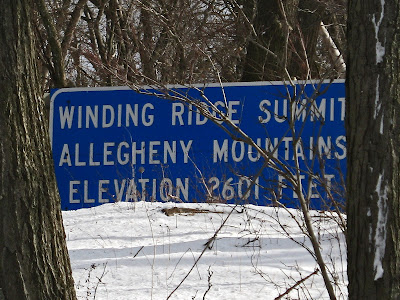