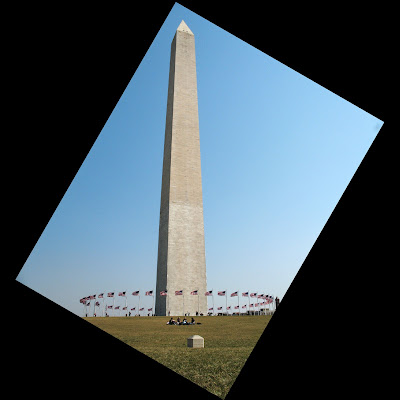 In the shadow of the Washington Monument is a small granite stone marking the site of the Jefferson Pier. 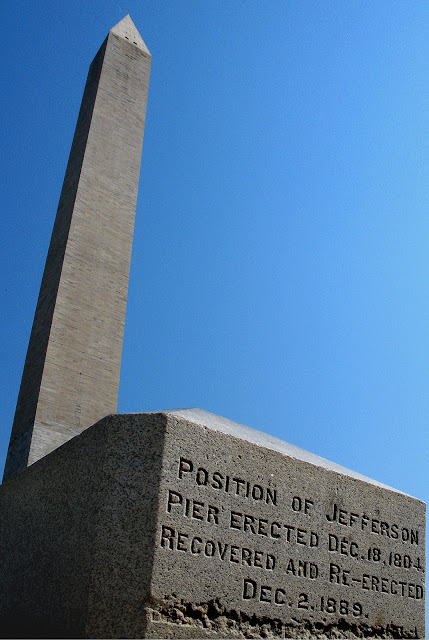 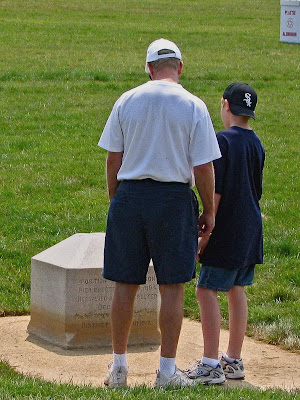 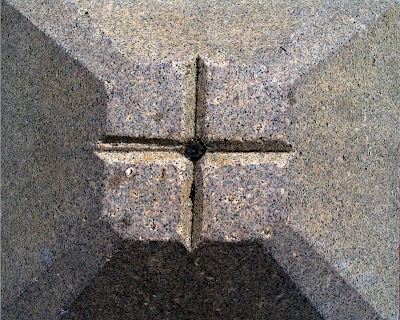 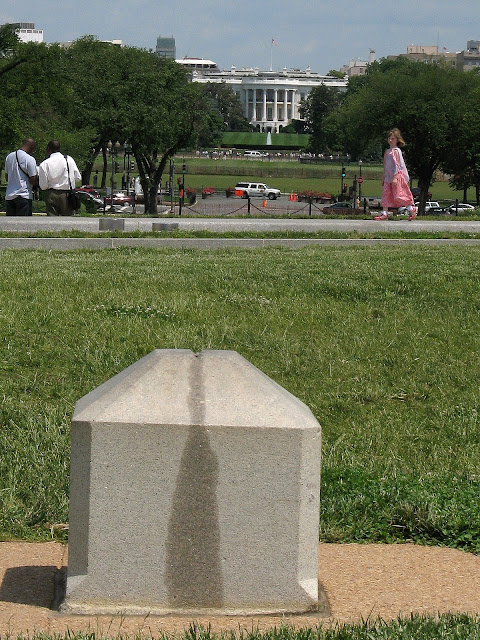 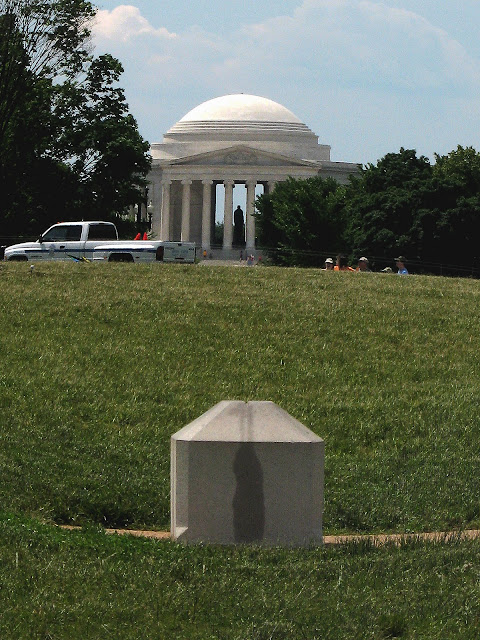 In the 18th and 19th centuries, this spot was on the swampy shore of Tiber Creek, the lost river of DC that ran where the National Mall now stands. Since the 1870's, Tiber Creek has run in a huge sewer under the Mall.  The Washington Monument was at first planned to be placed on this spot, but the ground was too soft, and the monument was placed in its current more stable position west of the 16th Street meridian. The original Jefferson Pier is visible in this 1850 drawing by Montgomery Miegs of the Washington Monument under construction. 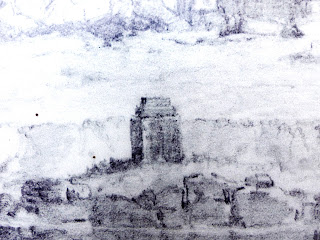 The original pier was destroyed by the Corps of Engineers in the 1870's. The spot was recovered and the current monument put up in 1889. A line has been scrubbed out on the face of the stone. 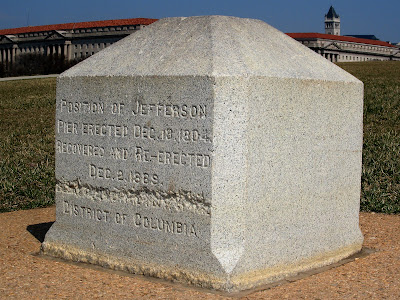 Position of Jefferson
Pier Erected Dec. 1804,
Recovered and Re-Erected
Dec. 1889
XXXXXXXXXXXXXX
District of Columbia
﻿
The missing words  are "Being the Center Point of The." No one knows when the incorrect line was struck out, but this really isn't the center of the District. 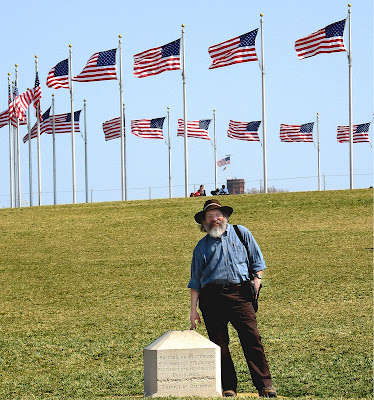 See Silvio Bedini's The Jefferson Stone, 1999.
Posted by Allen Browne at 6:37 AM