The Most Insignificant Justice 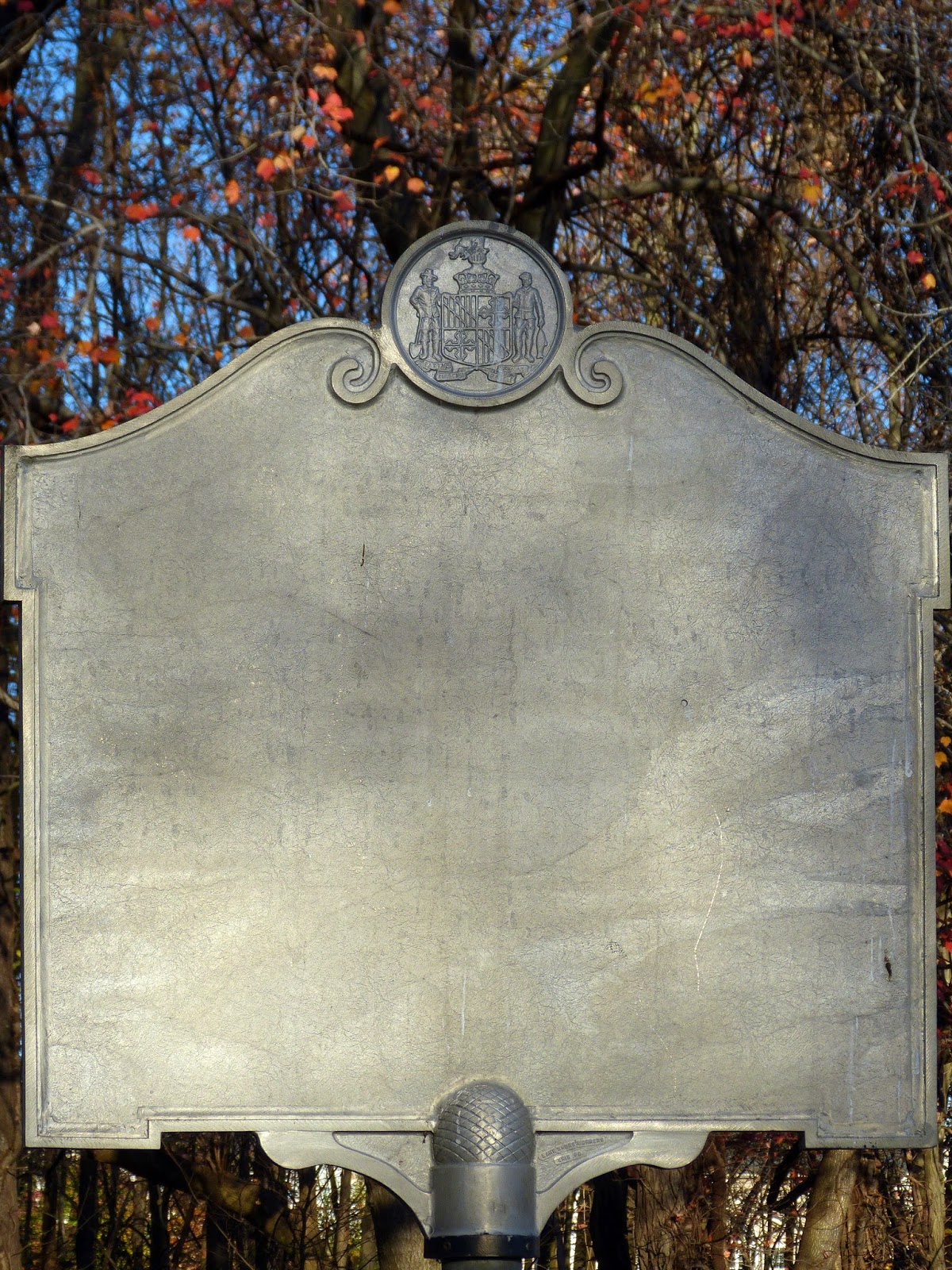 Gabriel Duvall, Associate Justice of the Supreme Court, built Marietta in 1812, and died here in  1844.


This one-sided historical marker, erected by The Society of Mareen Duvall Descendants, outlines Duvall's life and relationship to Marietta. 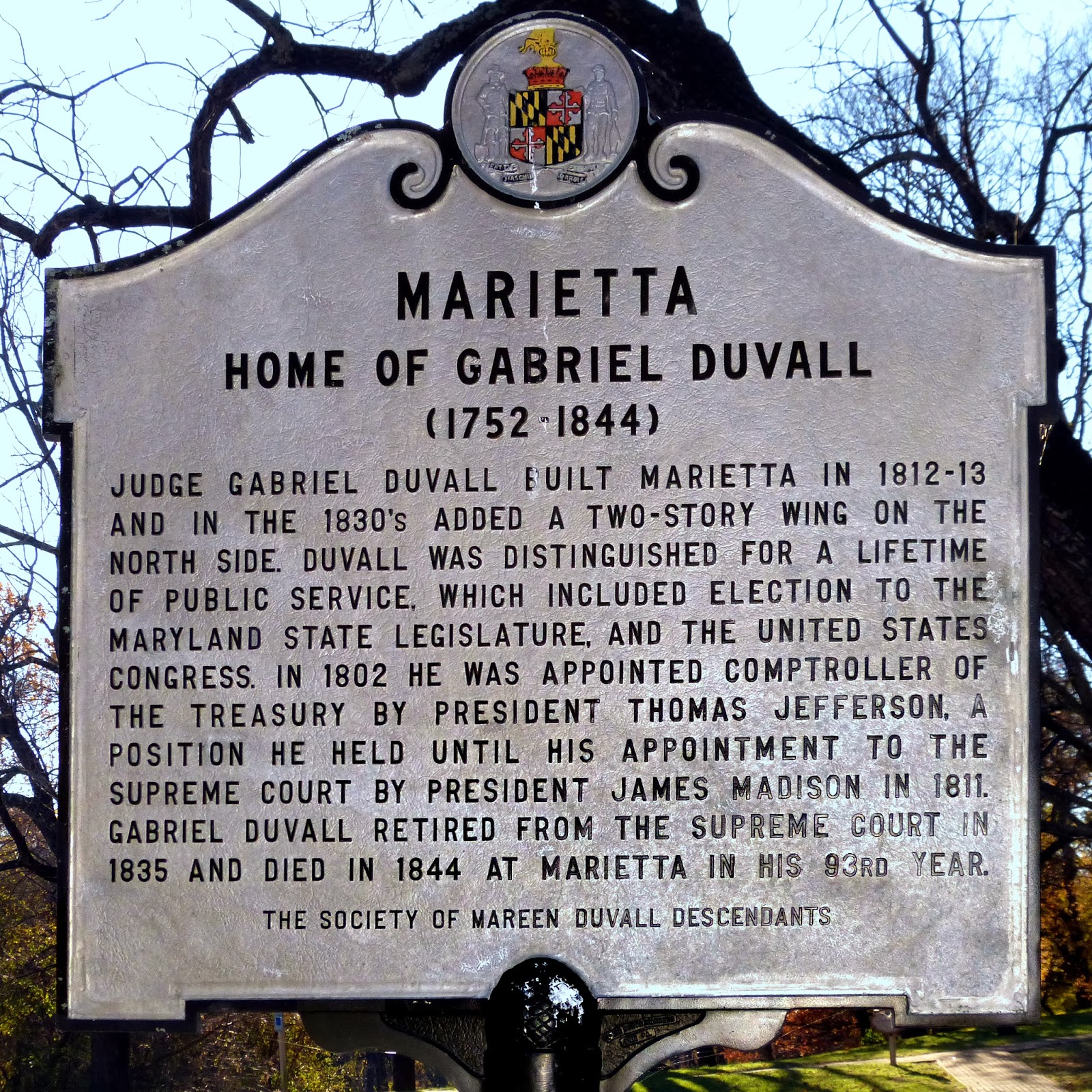 Marietta
Home of Gabriel Duvall
(1752-1744)
Judge Gabriel Duvall built Marietta in 1812-13 and in the 1830s added a two-story wing on the north side. Duvall was distinguished for a lifetime of public service which included election to the Maryland state legislature and the United States Congress. In 1802 he was appointed comptroller of the treasury by President Thomas Jefferson, a position he held until his appointment to the Supreme Court by President James Madison in 1811. Gabriel Duvall retired from the Supreme Court in 1835 and died in  1844 at Marietta in his 93rd year.
The Society of Mareen Duvall Descendants.

Gabriel Duvall is arguably the most insignificant Supreme Court Justice; in fact, that has been argued in a prestigious journal of law.

In the University of Chicago Law Review (Vol. 50, No 2, 1983) Professor David P. Currie named Duvall "The Most Insignificant Justice." Currie eliminated fellow Marylander Thomas Johnson from the running as unfair competition. Johnson "drew his salary during a period when the Court had no cases to decide and ... resigned after two years 'rather than undertake the labor.'" He avoided the question of current justices because after all he was a practicing lawyer at the time he published his analysis.

Currie proposed a number of quantitative measures of insignificance. PPY (Pages Per Year) is a case in point. The idea is to measure a justice's significance by the number of pages of constitutional opinion he wrote per year. Duvall's entire corpus of Constitutional opinion in 23 years on the bench is "DUVALL, Justice, dissented." That represents less than half a line. Currie assumes an average of 22 lines per page so Duvall gets a PPY of 0.0008.


Chief Justice Roberts weighed in on the question in an address before the Federalist Society in 2007.


In addition to his lackluster years on the Supreme Court, Duvall seems to have played a secondary part in the important events of his day. During the Revolution he was mustermaster and commissary of stores for Maryland troops. He later became a private in the Maryland Militia. Two of his brothers were killed in the Revolution -- Edward at Camden, SC, and Isaac at Eutaw Springs.

In 1787, the same year that he married Mary Bryce, he was one of the five Marylanders chosen to attend the Constitutional Convention in Philadelphia. Neither he nor any of his four his colleagues (Robert Hansen Harrison, Thomas Stone, Charles Carroll of Carrollton, and Thomas Sim Lee) chose to attend. Maryland later appointed five more delegates who did attend (Daniel Carroll, Daniel of St. Thomas Jenifer, Luther Martin, James McHenry, and John Francis Mercer). Mary Bryce Duvall died in 1790 soon after the birth of their only son, Edmund Bryce Duvall.

In May of 1794, Gabriel Duvall took a seat in the third US Congress in Philadelphia, replacing John Francis Mercer.  He took lodgings at Mrs. John Gibbon's boarding-house where he met Mrs. Gibbon's daughter, Jane. He married Jane Gibbon in May of 1795. He was re-elected to the fourth Congress but resigned in 1796 when he was elected to the Supreme Court of Maryland.

Duvall was a loyal partisan of Thomas Jefferson. He was one of four Maryland electors to vote for Jefferson in his first unsuccessful run for President in 1796 -- Adams won Maryland with seven electors. Duvall was again a Jefferson elector in the election of 1800, in which Democratic Republicans Jefferson and Burr accidentally tied each other. The Congress decided for Jefferson.  Jefferson rewarded Duvall by appointing him the Comptroller of the Treasury in 1802. In 1804, Duvall bought Dumbarton House (then called Bellvue) from its first owner, Samuel Jackson, and sold it again in 1805 to Joseph Nourse, Registrar of the Treasury. It's unknown if Duvall ever lived there.

In 1812, when Duvall was nearly 60, Madison appointed him to the Supreme Court to replace Samuel Chase in seat 3, now occupied by Justice Kagan.

About that same time, Duvall built the Federal style brick house at Marietta. 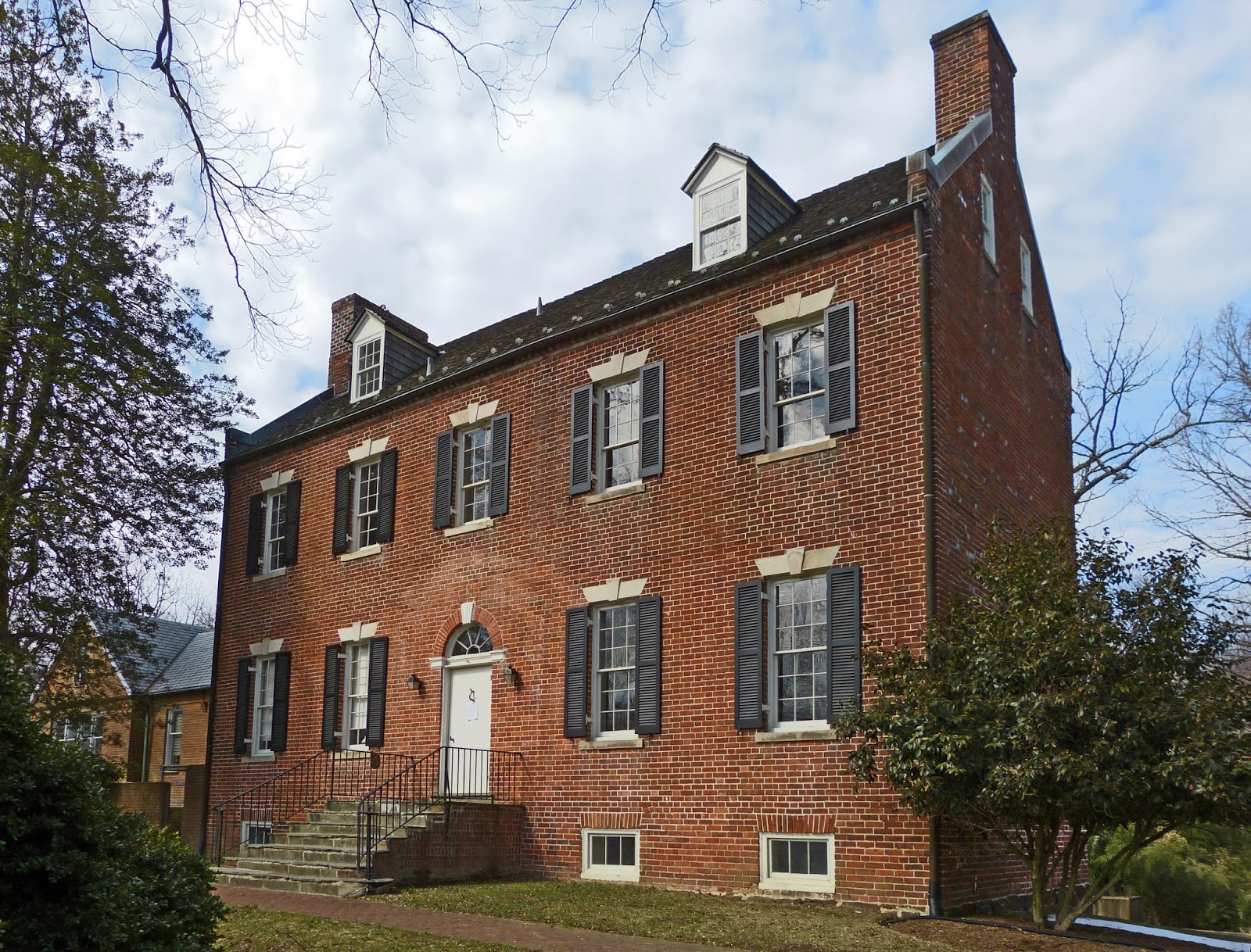 In August of 1814, British Troops under General Robert Ross burned the federal buildings in Washington. The Department of State took over the townhouse that Justice Duvall rented in Washington (on G street between 17th and 18th), so Marietta became his primary residence. The nearby Annapolis Road (now MD 450) provided convenient access to both the national capital and the state capital.

During his tenure on the court, he maintained a law office on the grounds of Marietta. 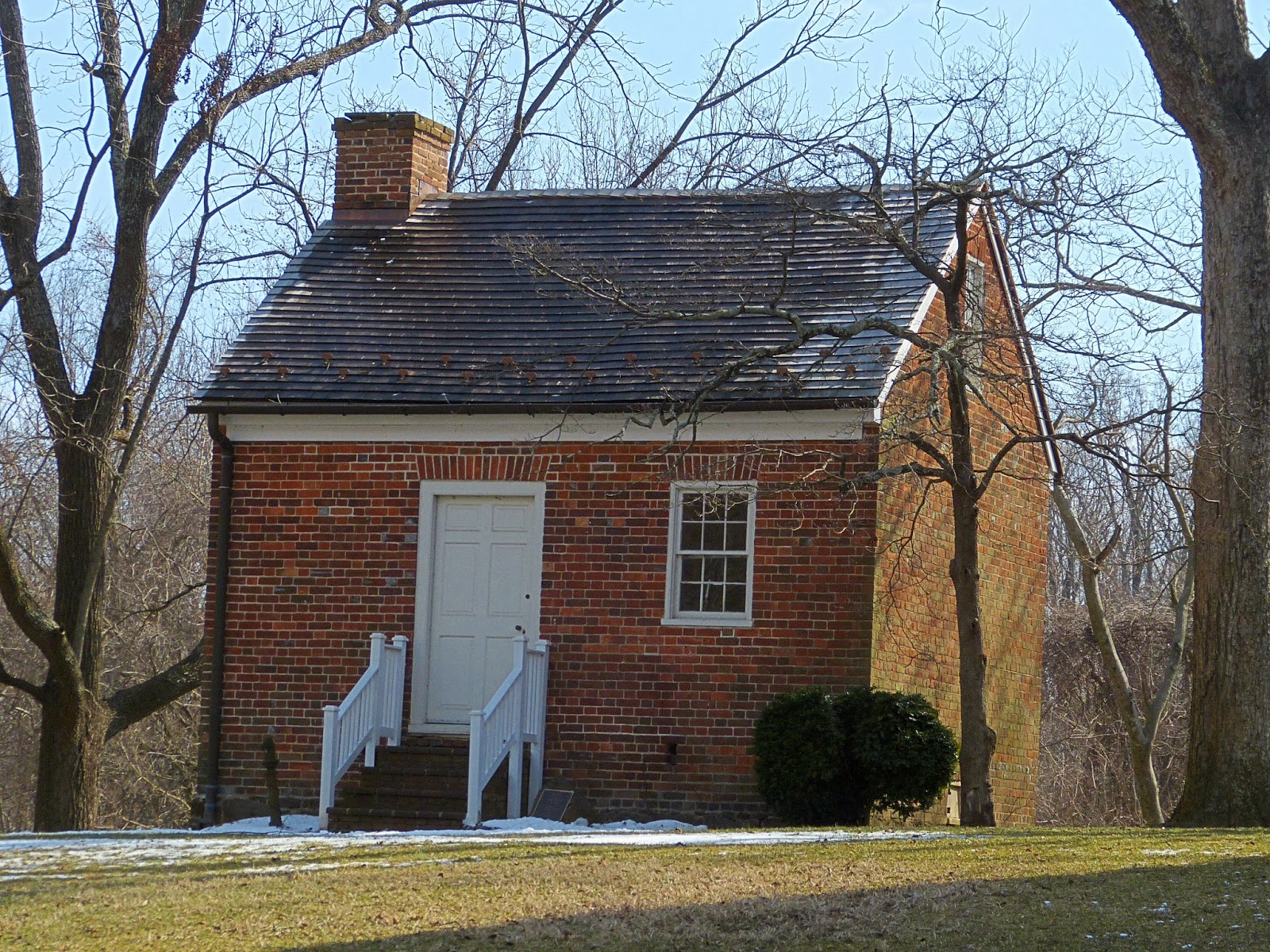 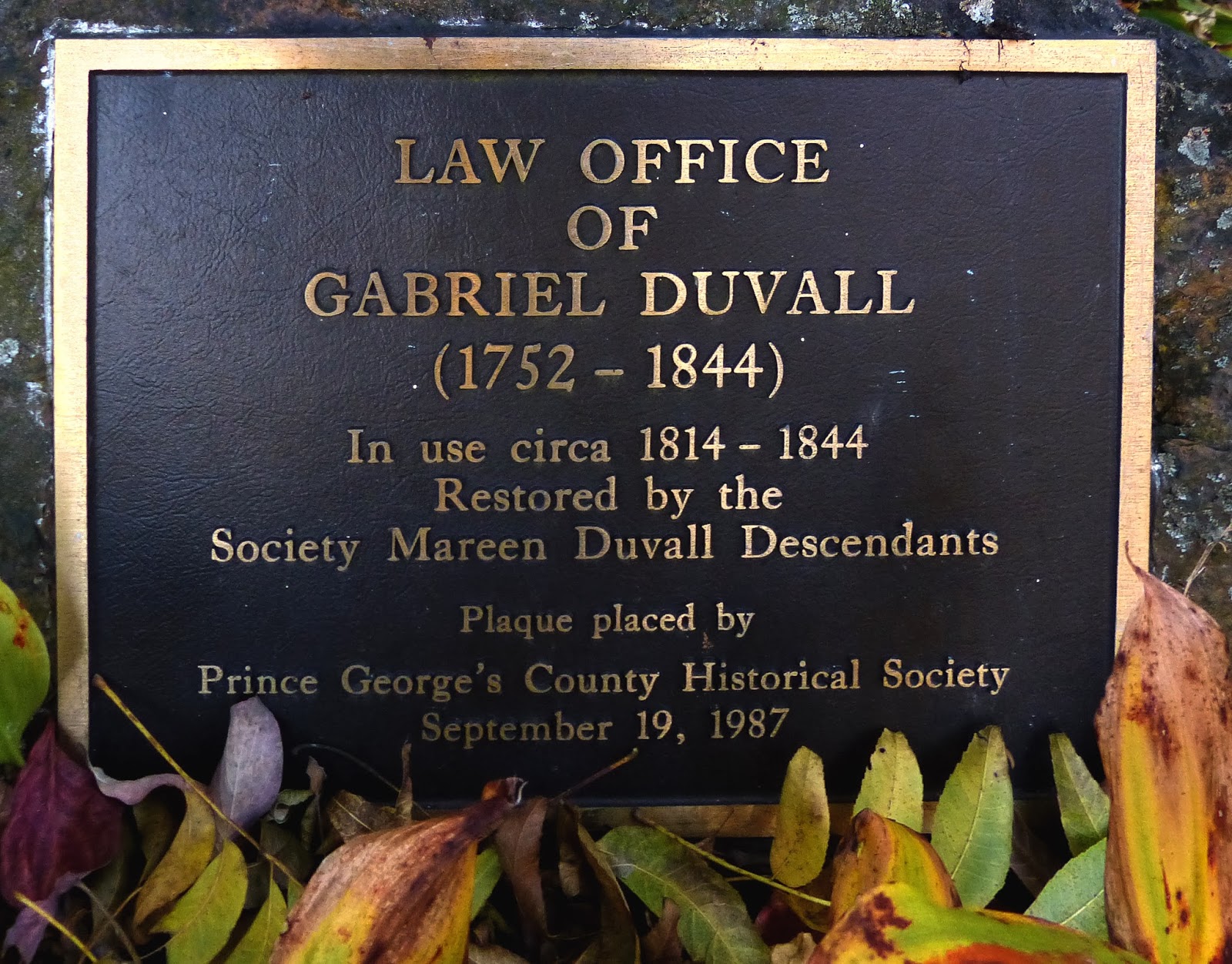 Law Office of Gabriel Duvall (1752-1844)
In use circa 1814-1844
Restored by the Society of Mareen Duvall Desendants
Plaque placed by
Prince Georges County Historical Society
September 19, 1987

HABS photographed the interior of the one-room office building. 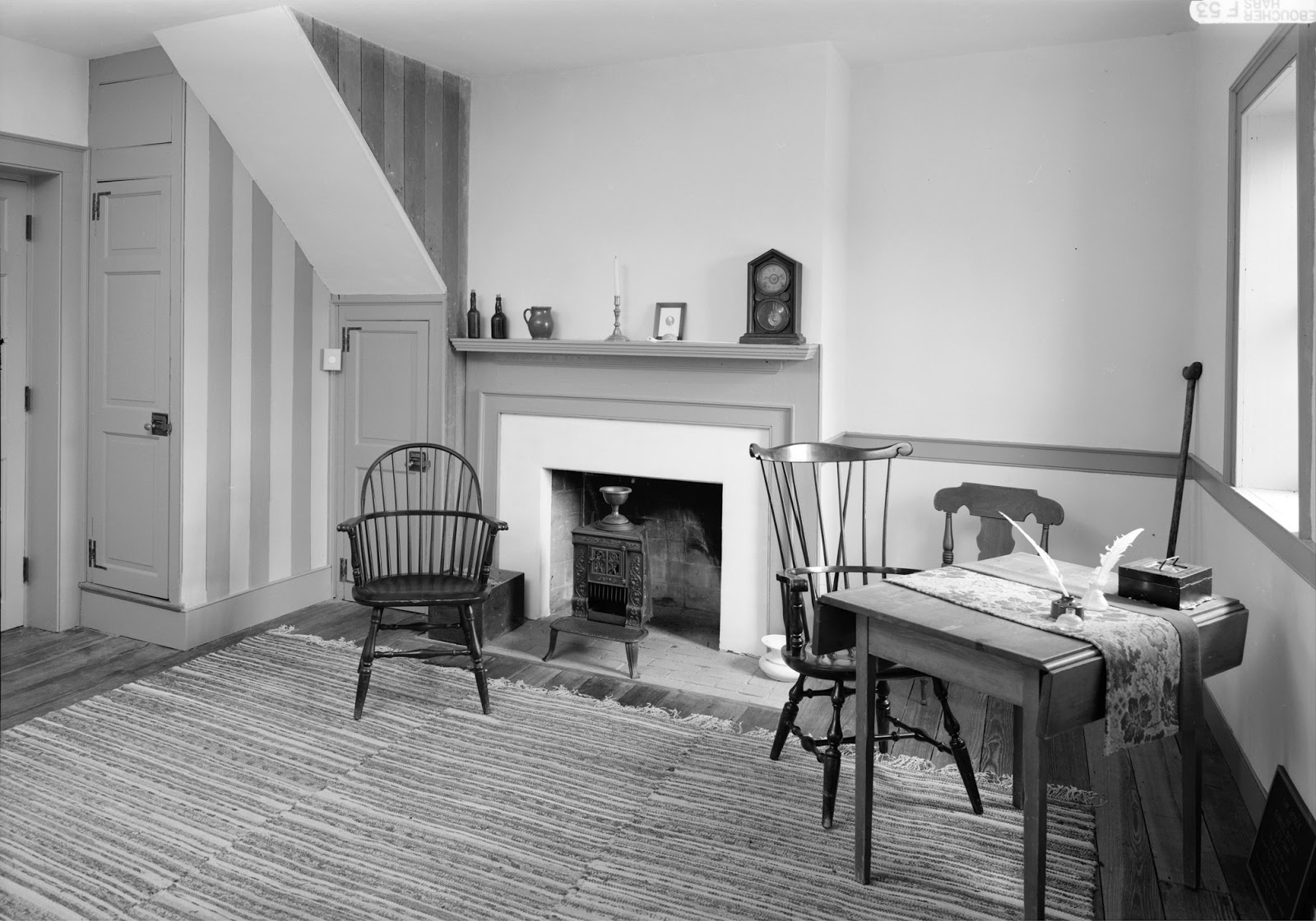 Justice Duvall continued on the Supreme Court for 23 years. In 1832, he added this rear wing to Marietta. 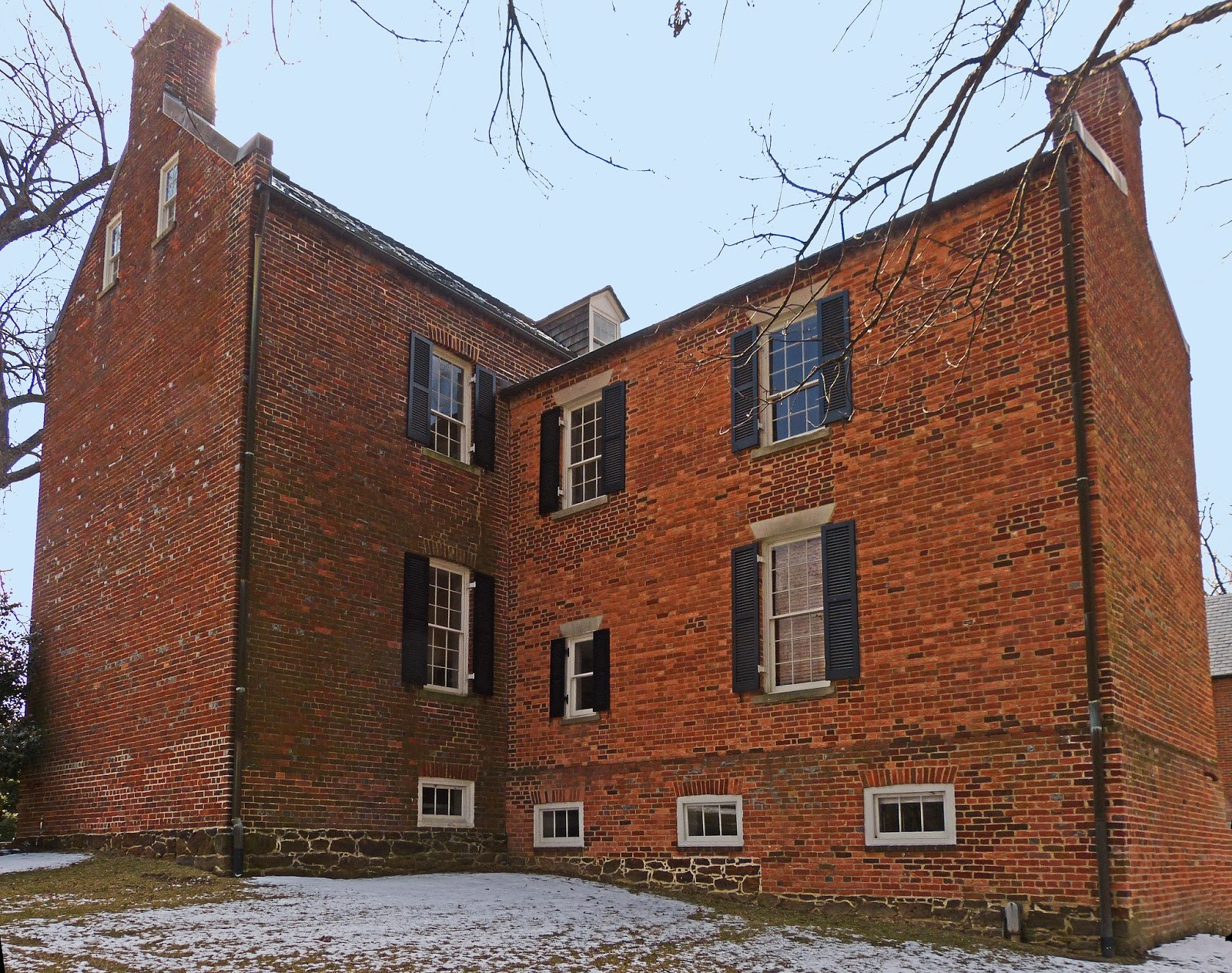 In his later years on the bench, Justice Duvall became quite deaf and unable to follow oral argument. Duvall's biographer, Shirley Baltz, quotes this description of Duvall in his later years on the bench: "his head was white as a snow-bank, with a long white cue, hanging down to his waist." Balz continues, "Unable to hear the proceeding, at times he dozed on the bench, giving the impression of incompetency. Yet his letters of the time reveal his sharp awareness of the existing political situation and a reluctance to step aside to be replaced by someone whom he did not approve." He resigned in 1835 to make way for Roger B. Taney.

In 1986, members of the Duvall family and all the above-ground markers were moved to a site just west of the house at Marietta. Judge Duvall's bones were laid out in the old Law Office while they were being identified by archaeologist Richard Mazzrole. This photo from the Prince George's Journal (Dec. 1983) shows David Duvall of the Mareen Duvall Descendants examining Judge Duvall's skull in the Law Office. 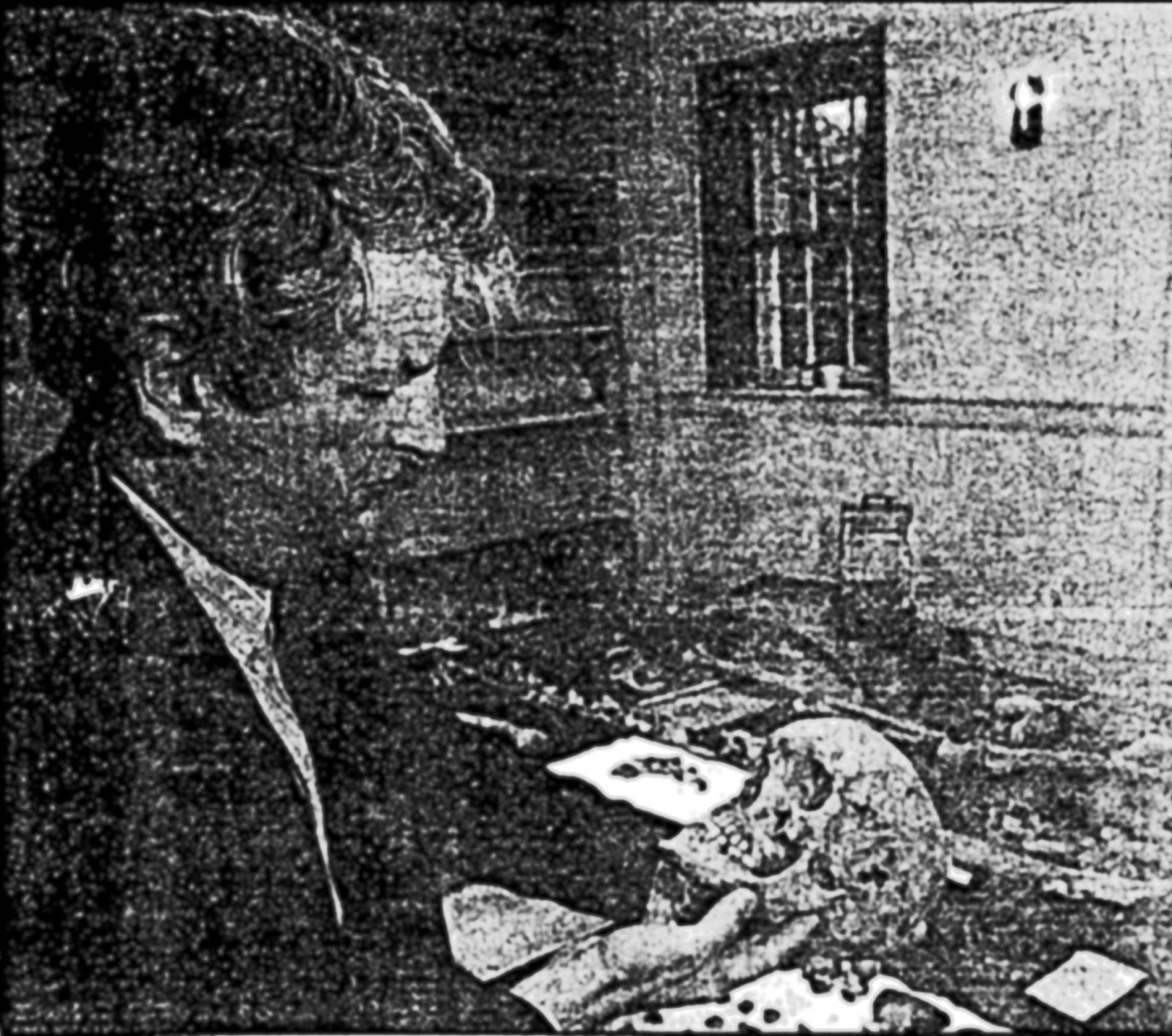 A 1987 Baltimore Sun article discussed the identification of the remains and records this remark by David Duvall: "Gabriel had a very sad private life. Two brothers were killed in the Revolutionary War. His first wife died shortly after the birth of his only son. His son died 15 years before him. His second wife also died before him. He never had a proper gravestone probably because most of his immediate family died before him."

Judge Duvall now lies buried between his horse and his wife. 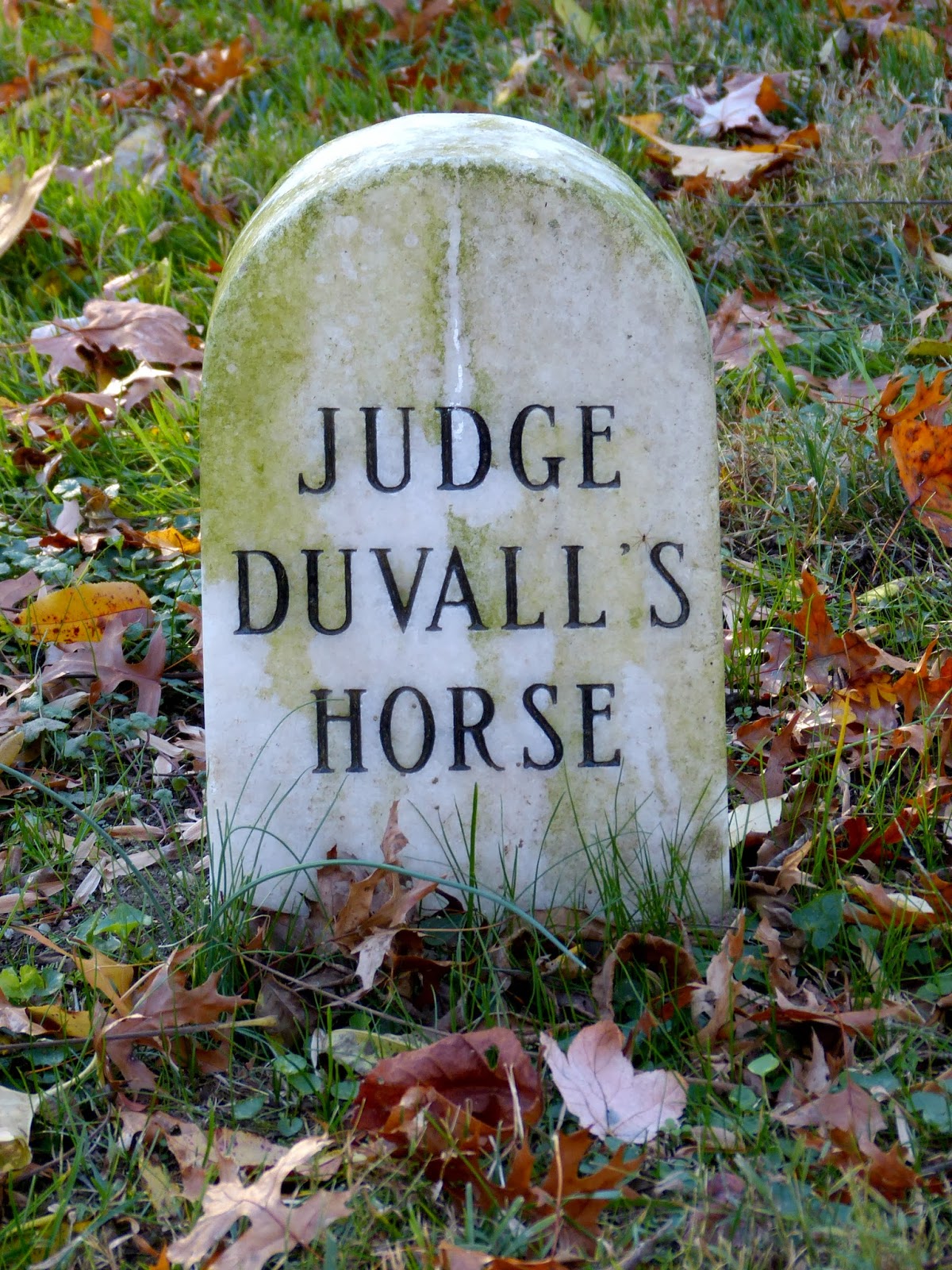 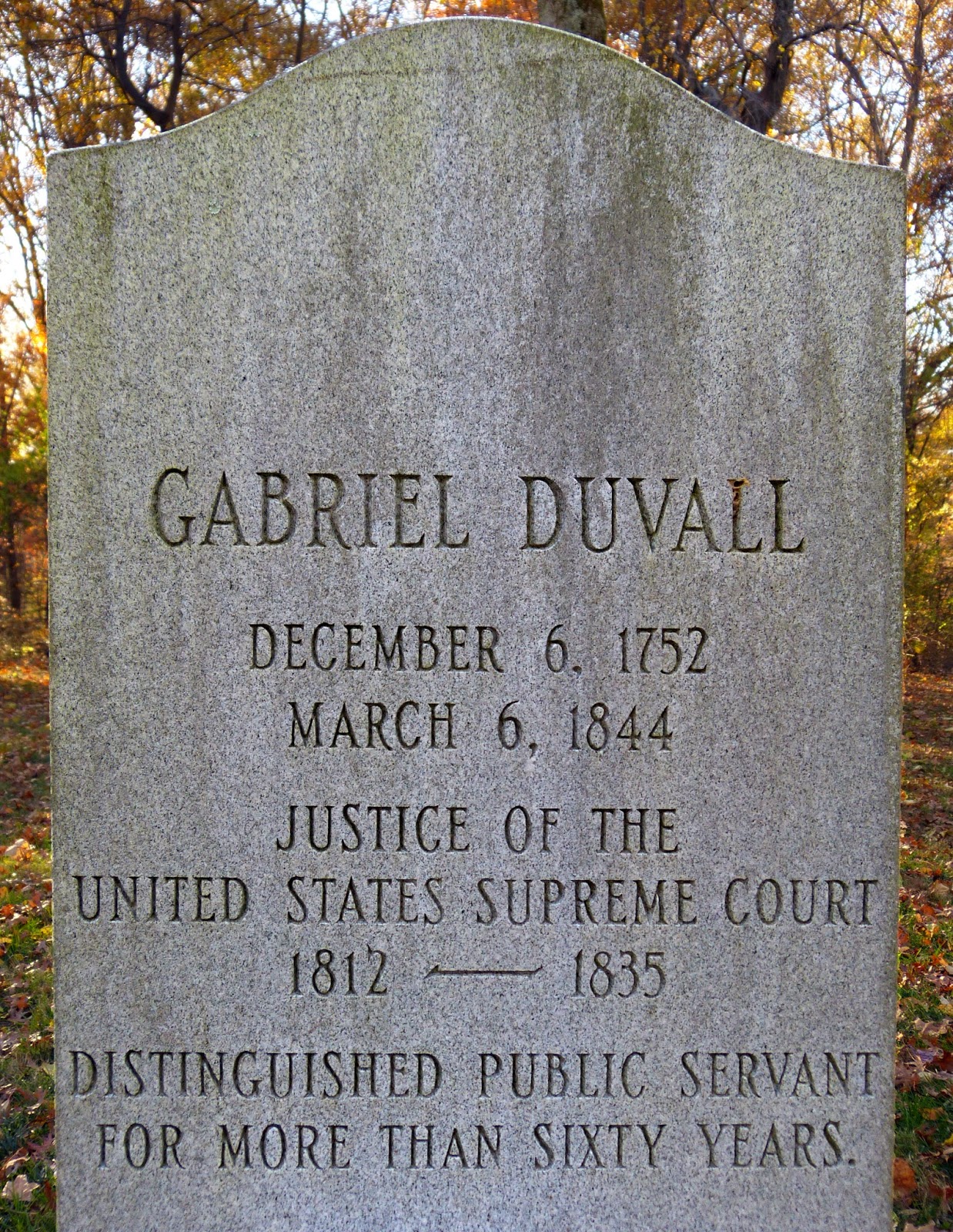 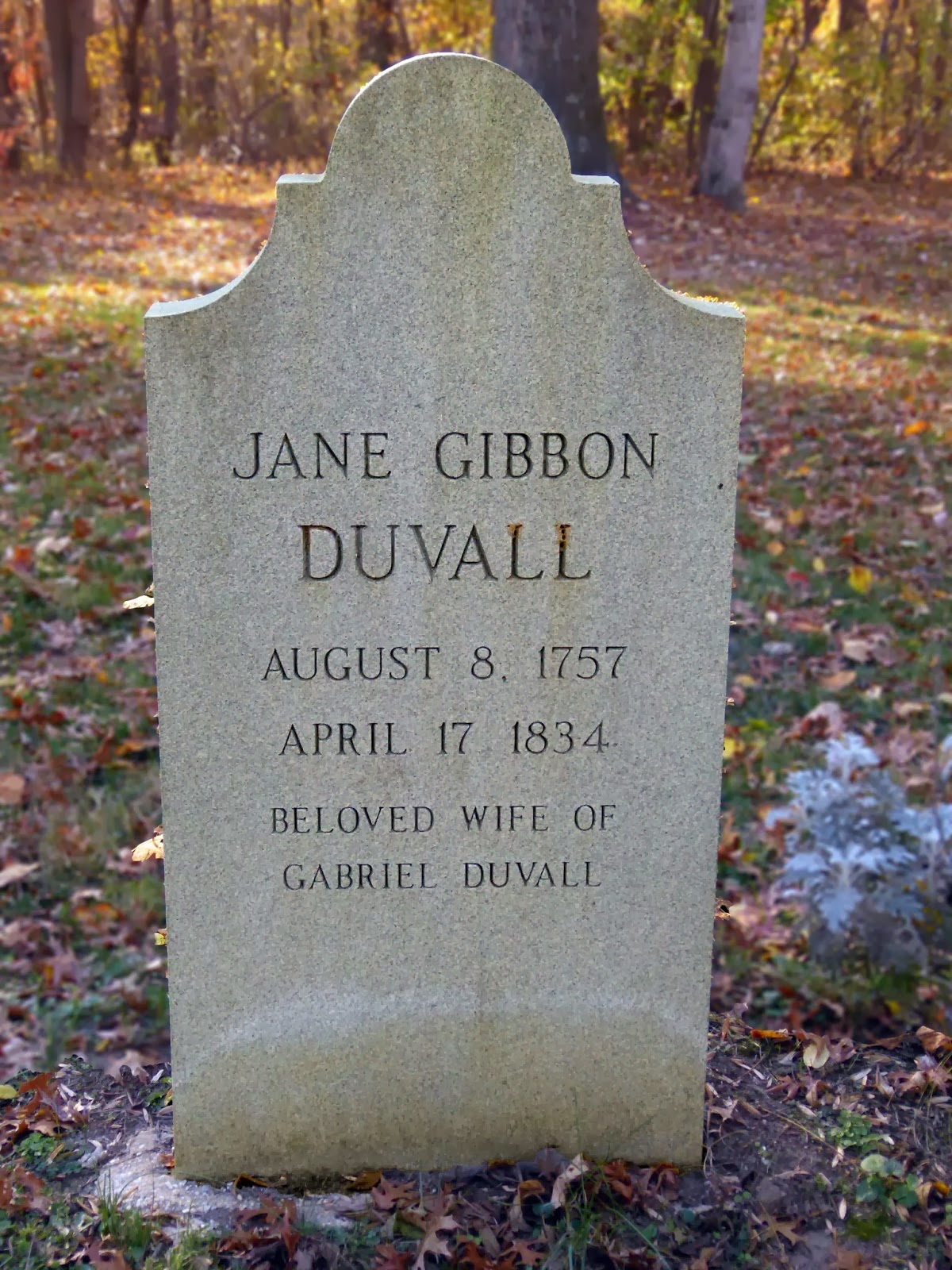 The  headstones of Gabriel and Jane Duvall, and perhaps that of the judges horse, were erected in 1987, as part of a celebration of the 200th anniversary of the Constitutional Convention that Duvall had declined to attend, as the inscription on the back of Judge Duvall's headstone notes. 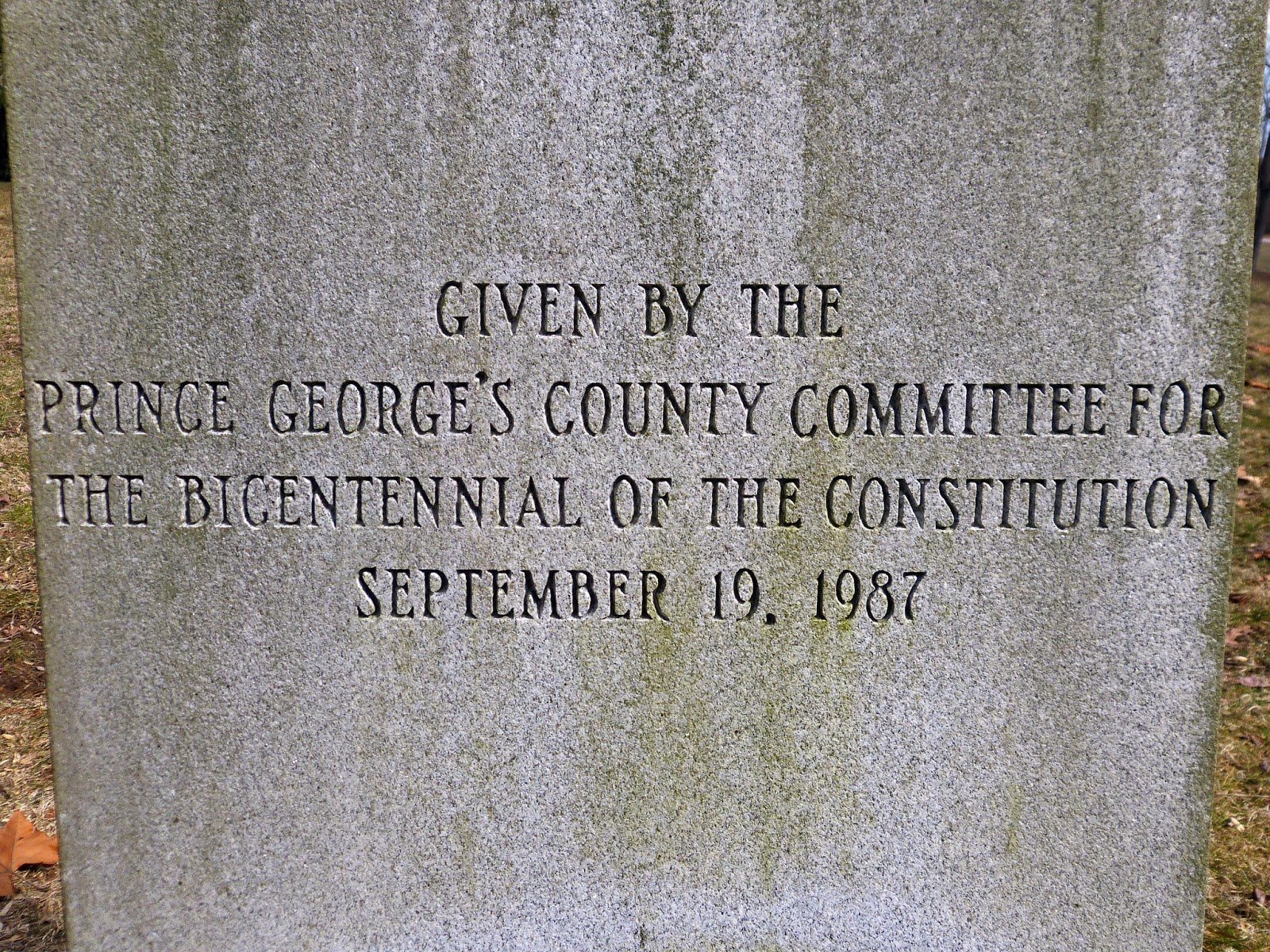 Given by the
Prince George's County Committee for
The Bicentennial of the Constitution
Sept. 19, 1987

Three other grave markers were moved from the Wigwam Cemetery at the same time. 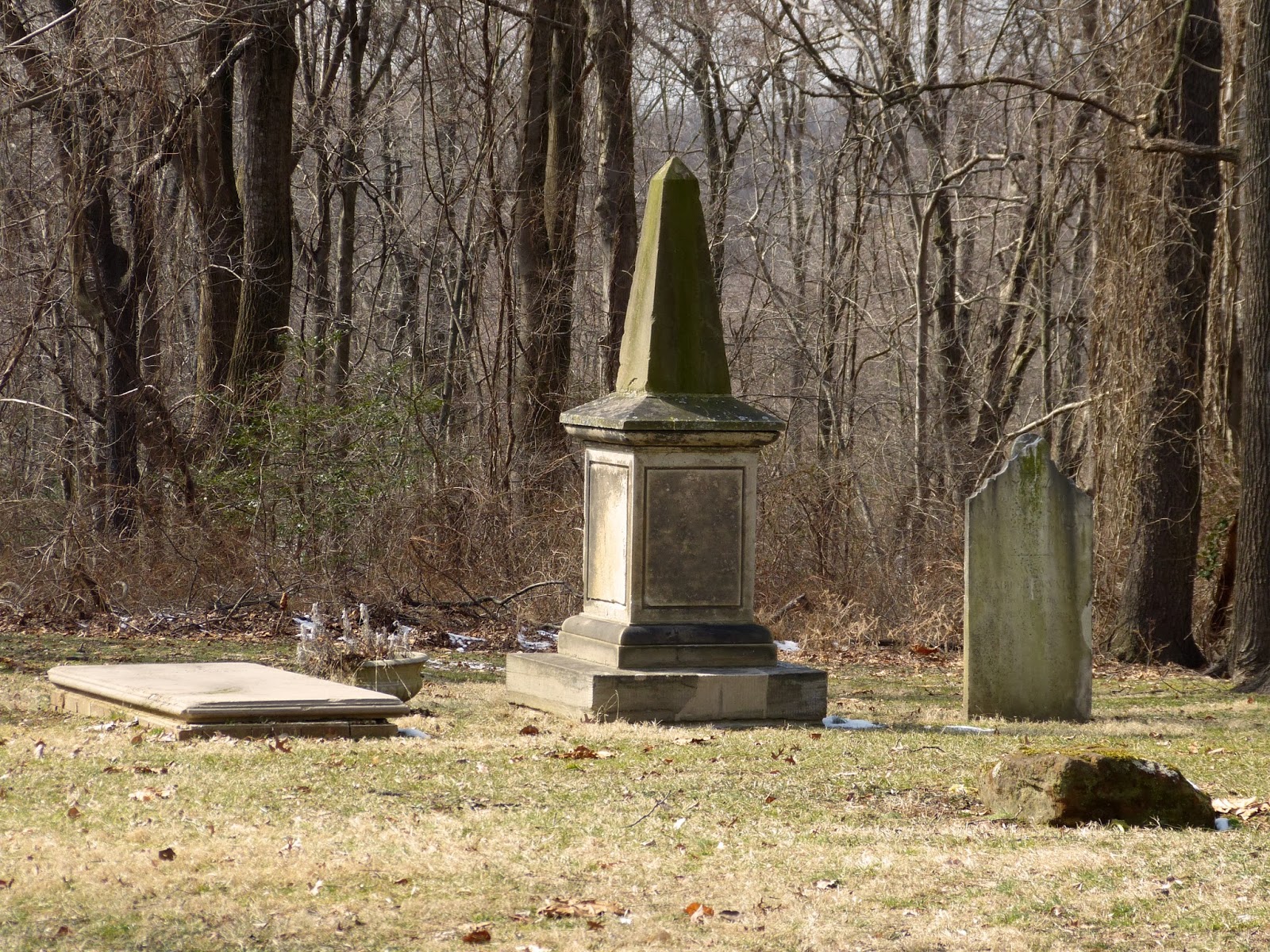 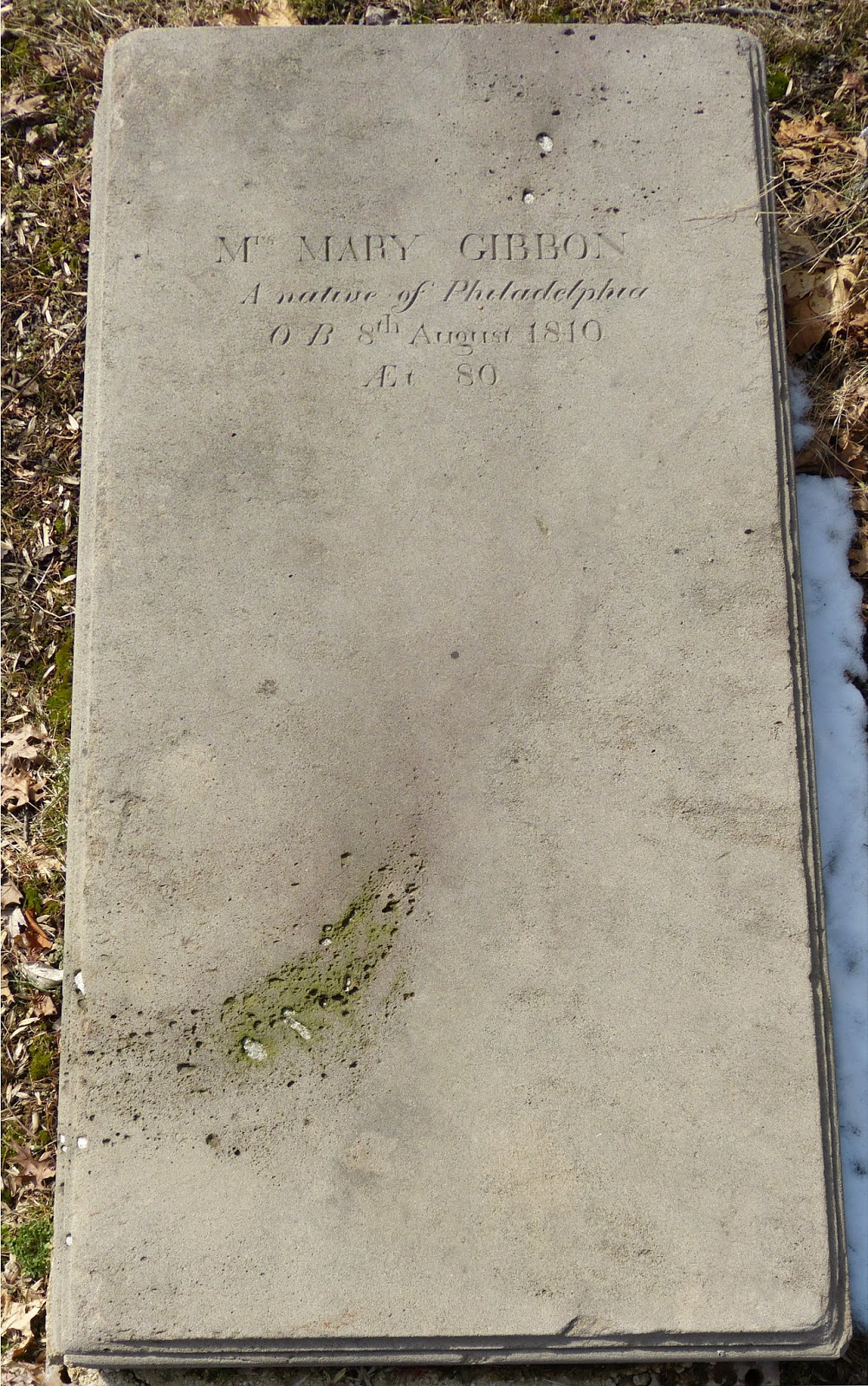 Col. Edmund B. Duvall was the Judge's only son. 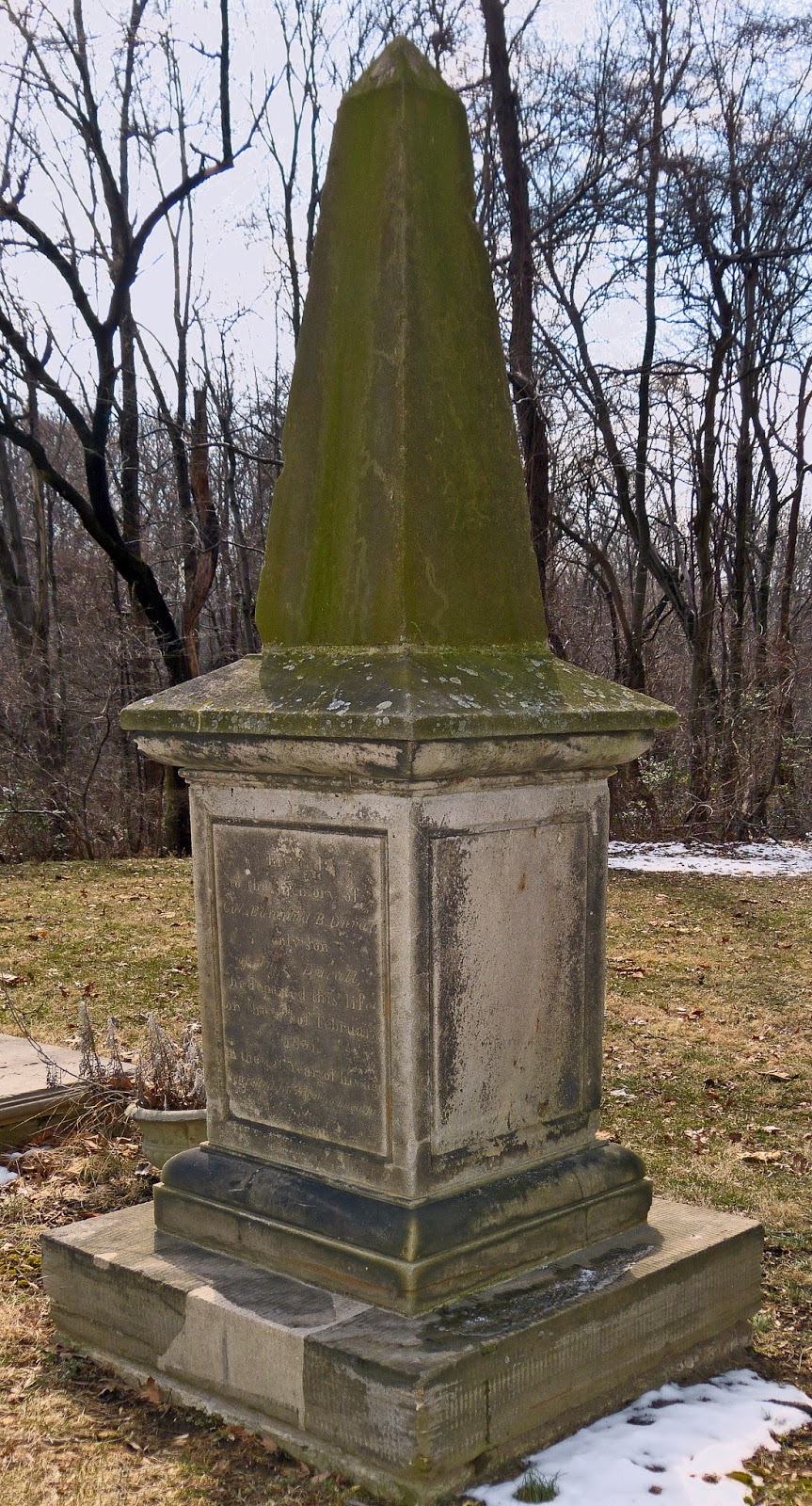 Erected
to the memory of
Col. Edmund B. Duvall
only son
of  Judge Duvall,
he departed this life
on the 5th of February
1831
Regretted by all who knew him

Edmund and Augusta Duvall's 4-year-old daughter, Mary, and their two-year-old son, Gabriel, died within a day of each other in 1825. 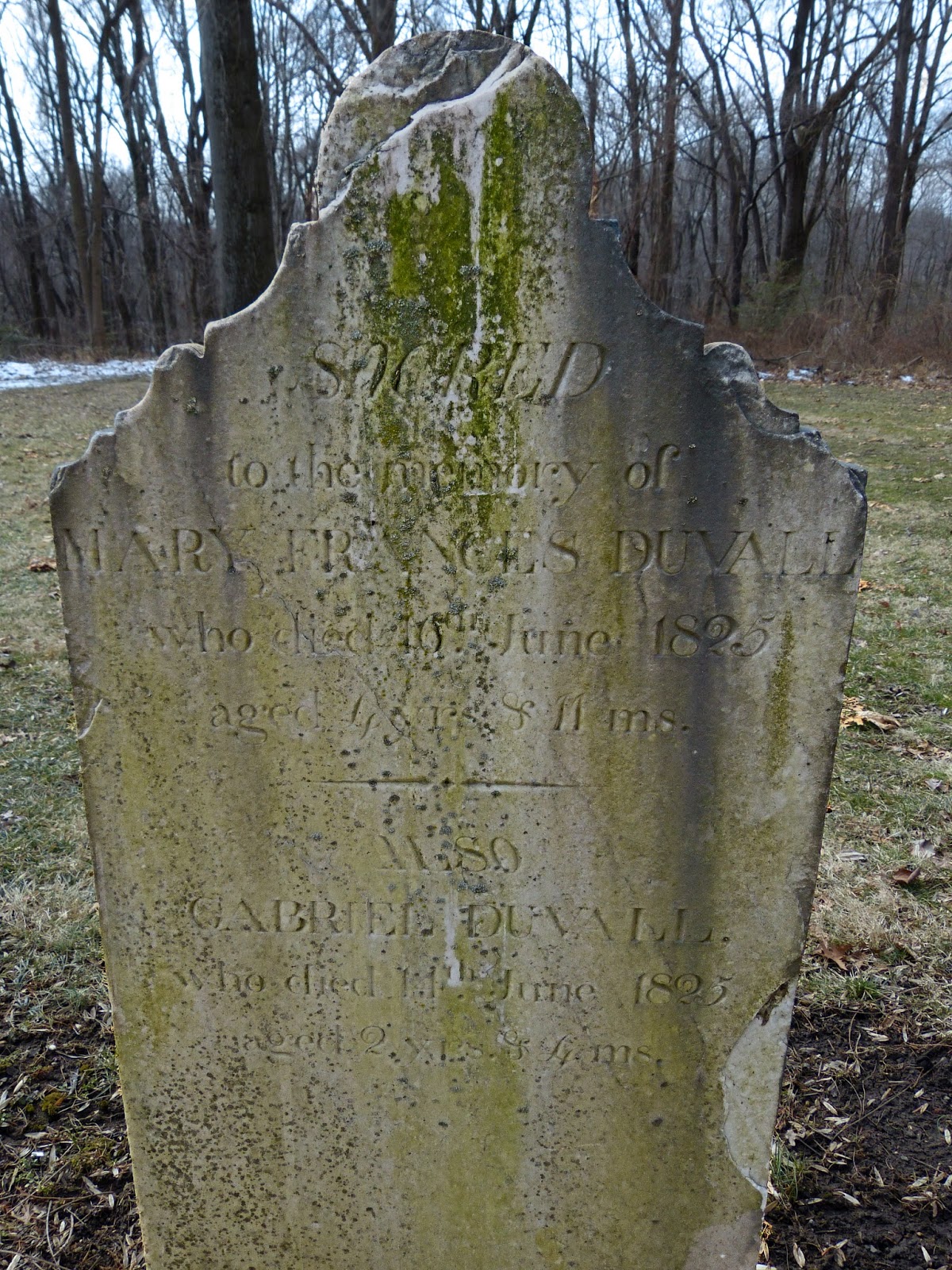 I certainly hope this post hasn't made Gabriel Duvall out to be interesting enough to damage his reputation for insignificance.