What are F. Scott and Zelda Fitzgerald doing in Rockville? 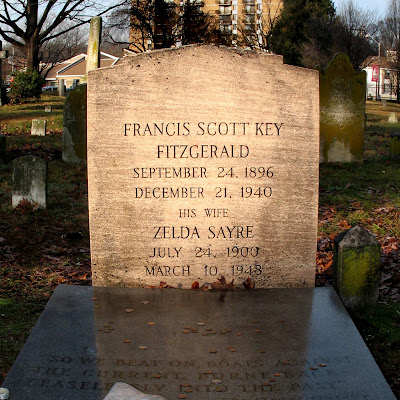 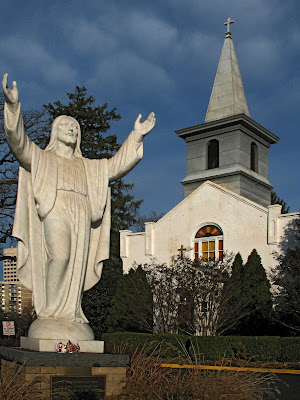 The short answer is that the Fitzgerald family plot was already at St. Mary's Catholic Church in Rockville, Maryland, when F. Scott died in 1940. The author of Gatsby came from a old Maryland family. As ItchyFeet points out:


He was named after Francis Scott Key, his greatgrandfather’s brother and composer of “The Star Spangled Banner.” One of the conspirators hanged for the assassination of Abraham Lincoln was Mrs. Suratt, Fitzgerald’s great-aunt.

But F. Scott was not a Catholic in good standing so he couldn't be buried in a Catholic cemetery. He was originally buried at the Rockville Cemetery. When Zelda died in 1948, she was buried there too. 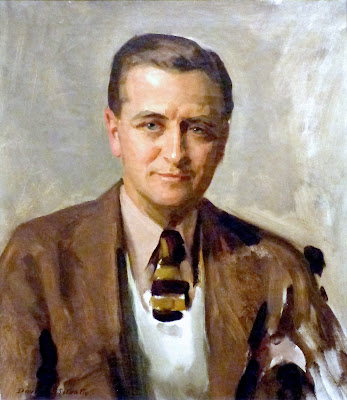 This undated photo by A. Aubrey Bodine shows their headstone in the Rockville Cemetery. 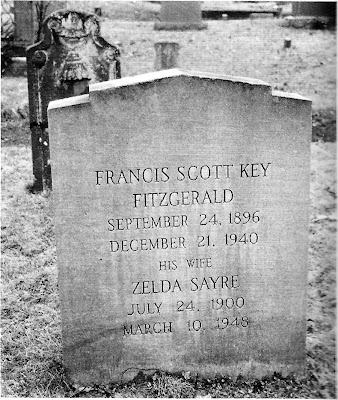 This recent photo shows the open space in the Rockville cemetery at the spot where the Fitzgeralds grave used to be. 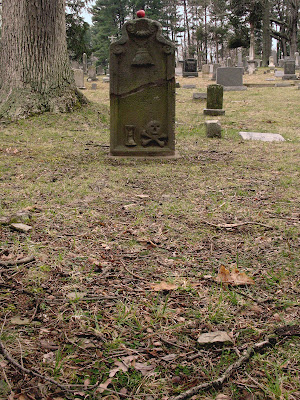 The Fitzgerald's only child, Frances "Scottie" Fitzgerald Lanahan Smith, with the urging of the Rockville Women's Club, arranged for the diocese to allow F. Scott and Zelda to be buried at St. Mary's. They were moved there in 1974 along with the vertical headstone. That's Frances Scott Fitzgerald Smith's headstone at the foot of her parents' grave. 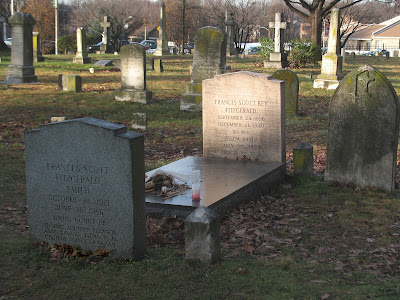 Built in 1817, St. Mary's Church is a Historic Landmark, the oldest church still in use in Rockville. 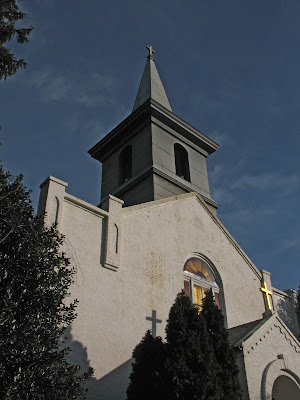 The new building is dramatically modern. 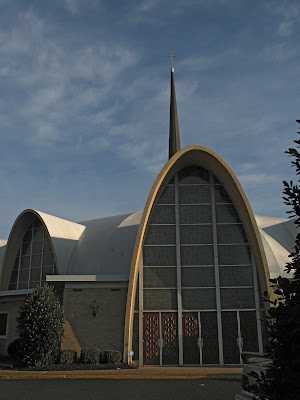 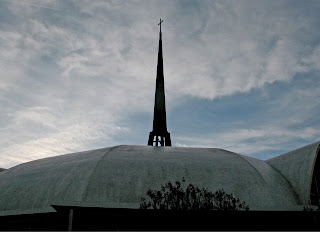 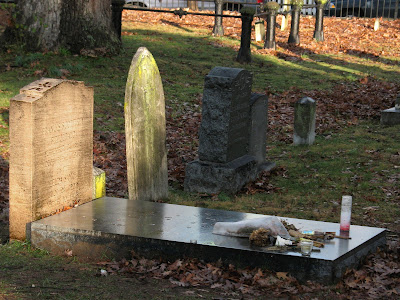 Readable through the litter of flowers and coins that usually cover the grave is this famous quotation from The Great Gatsby.

So we beat on, boats against
the current, borne back
ceaselessly into the past.

The Fitzgerald's boat was fighting against the current toward the future; this blog has turned around and is drifting downstream toward the past.
Posted by Allen Browne at 5:47 PM