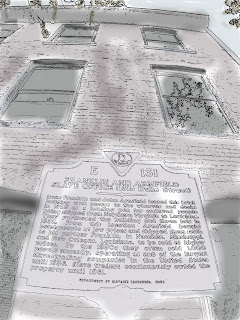 1315 Duke Street in Alexandria is a stark reminder of the coastal trade in human beings, sold south, from the mid-Atlantic to the deep south in the years preceding the Civil War. 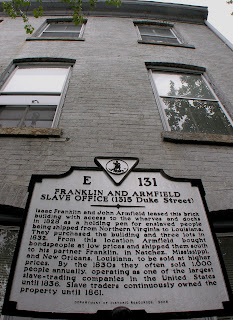 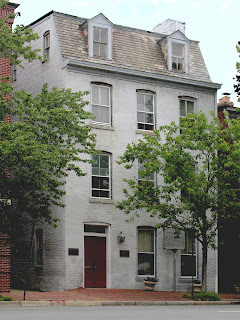 "Isaac Franklin and John Armfield leased this brick building with access to the wharves and docks in 1828 as a holding pen for enslaved people being shipped from Northern Virginia to Louisiana. They purchased the building and three lots in 1832. From this location Armfield bought bondspeople at low prices and shipped them south to his partner Franklin in Natchez Mississippi and New Orleans, Louisiana, to be sold at higher prices. By the 1830s, they often sold 1,000 people annually, operating as one of the largest slave-trading companies in the United States until 1836. Slave traders continuously owned the property until 1861." 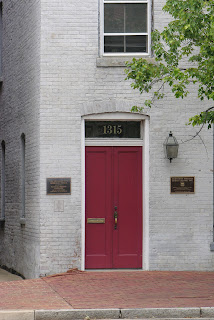 After the Union occupation of Alexandria, the building was used as a prison. Ironically, perhaps, this property now belongs to the Northern Virginia Urban League and is the site of the Freedom House Museum.  (See this Washington Post Article.) 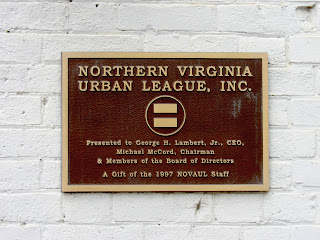