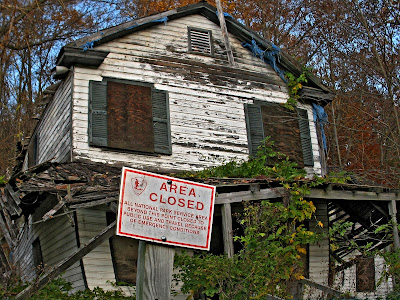 The Pennyfield Inn at Lock 22 on the C&O Canal was built in 1879. President Grover Cleveland stayed here on several occasions to fish for bass in the nearby Potomac. 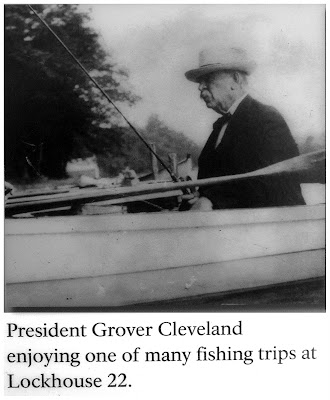 The old NPS signage at lock 22 told this story this way:


President Grover Cleveland enjoyed bass fishing near here, escaping from the pressures of office while staying at the Pennyfield House. Its folksy atmosphere appealed to the president. Mrs. Pennyfield, it's said once called up the stairs to President Cleveland, "Mr. President, do you want your eels skunned or unskunned?" He preferred them "skunned."

Over the years we've watched the old house fall down. This photo from Mary Rubin's 2003 book, shows how it looked in the 1910's. 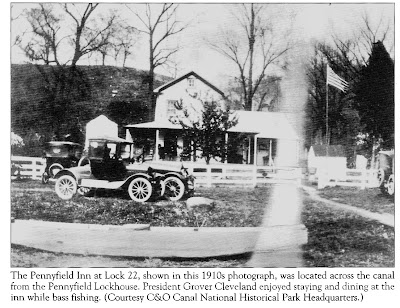 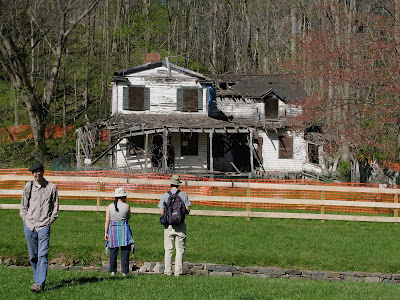 
﻿﻿The lockhouse still stands and new signage has been put up. 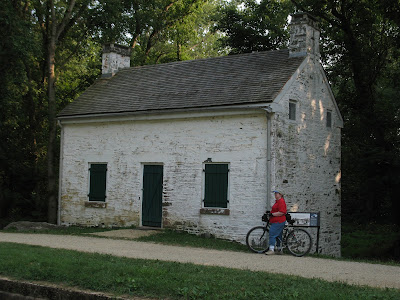 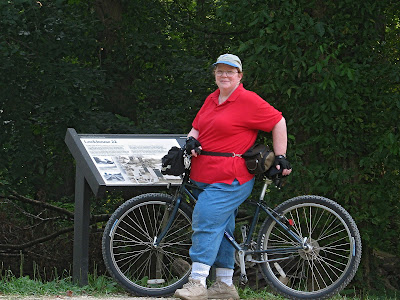 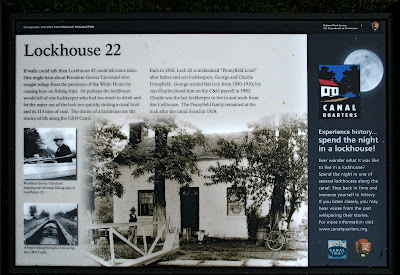 "If walls could talk then Lockhouse 22 could tell some tales. One might be about President Grover Cleveland who sought refuge from the pressures of the White House by coming here on fishing trips. Or perhaps the lockhouse would tell of one lockkeeper who had too much to drink and let the water out of the lock too quickly, sinking a canal boat and its 113 tens of coal. The stories of a lockhouse are the stories of life along the C&O Canal.

"Built in 1832, Lock 22 is nicknamed 'Pennyfield Lock' after father and son lockkeepers, George and Charlie Pennyfield. George tended this lock from 1890-1910; his son Charlie joined him on the C&O payroll in 1900. Charlie was the last lockkeeper to live in and work from this lockhouse. The Pennyfield family remained at the lock after the canal closed in 1924."

The lock gate provides a convenient place for a weary cyclist to take a nap. 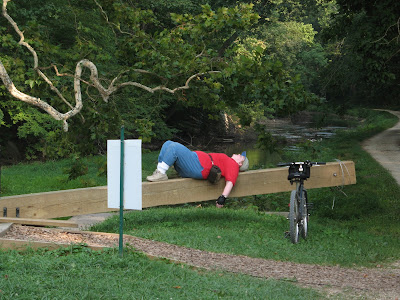