The Anchor of the Mason-Dixon Line 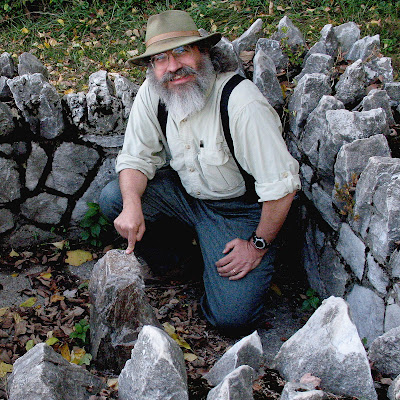 The Mason-Dixon Line (the northern boundary of Maryland) was to be 15 miles south of the southernmost house in Philadelphia. On January 7, 1764, after finding the latitude of the Plumstead Huddle house, the astronomers picked out a place 31 miles west of Philadelphia at John Harlan's Farm in the same latitude in "the forks of the Brandywine." Moving their delicate but heavy equipment took two days. They moved westward because surveying 15 miles directly south from Philadelphia would have involved a difficult crossing of the Delaware and would have landed them in New Jersey from which they would have to cross the Delaware again on the way west. They set up their observatory in Harlan's garden near the house.

Charles Mason's journal has the following entry for January, 1764:

Jan. 7 -- Set out from Philadelphia with a Quadrant to find (nearby) a place in the Forks of Brandywine having the same Parallel as the Southernmost point of the City of Philadelphia.
Jan 8 Sun. -- Fixed on the House of Mr. John Harland's (about 31 miles West of Philadelphia) to bring our Instruments to. 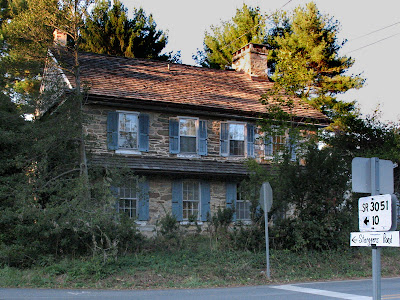 The 1724 house now at the corner of The Embreeville road (SR 162) and Stargazers road (SR 3051) became Mason and Dixon's headquarters during their work for the Penns and Calverts. They spent two winters here. 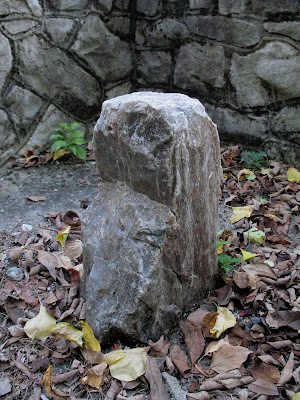 In 1908, the Chester County Historical Society placed a wall around the stone bearing a bronze plaque. 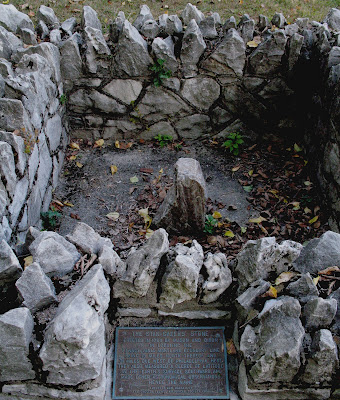 THE STAR-GAZER'S STONE
ERECTED IN 1764 BY MASON AND DIXON IN LOCATING
THE PENNSYLVANIA-MARYLAND BOUNDARY LINE
BEING IS MILES NORTH THEREOF AND 31 MILES
DUE WEST OF PHILADELPHIA
HERE THEY ALSO MEASURED A DEGREE OF LATITUDE
ON THE EARTH'S SURFACE SOUTHWARD, AND MADE OTHER
ASTRONOMICAL OBSERVATIONS; HENCE THE NAME
Enclosed and Marked by the
Chester County Historical Society, 1908﻿
They also set up highway signs like this one. 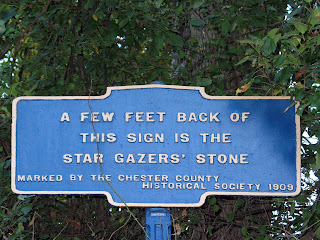 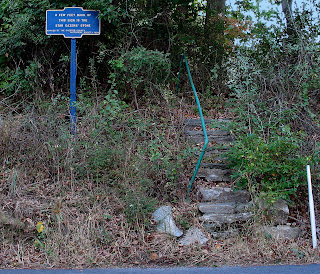 Mason and Dixon used this spot not only to locate the boundary for which they are known but to measure the length of a degree of latitude for the Royal Society, a scientific contribution toward determining the size of the earth. 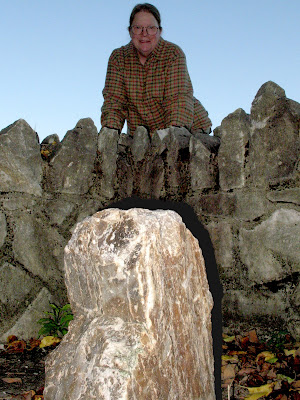 Wilmer McElree in his 1912 book lets the stone tell its own story. Indian Hannah was alleged to be the last of the Lenape in Chester county.

“I am no common flint; astronomical hands christened me more than a century ago, Indian Hannah looked at me many a time with curious eyes, and neighboring men and women used frequently to gather here, and turn their wandering gaze starward. When was I planted here? In 1764, by two great English mathematicians, Charles Mason and Jeremiah Dixon. I mark the site of very important astronomical observations, and am thirty-one miles west of what was once the southernmost point of the city of Philadelphia, and from me a due south line of fifteen miles was run to determine the latitude of the boundary line between the provinces of Pennsylvania and Delaware."

McElree's photo shows the stone before it was enclosed: 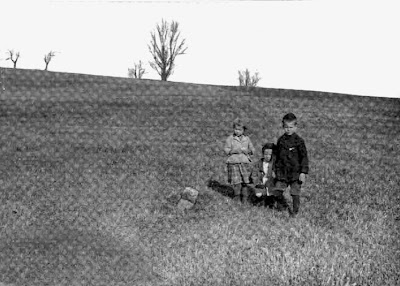