The Death and Resurrection
of Hippocrates' Plane Tree


By  the spring of 2013, it was clear that the tree had died and the bronze plaque was removed.


In the fall of 2013, the tree had been cut down. Lynn Mueller, NIH landscape architect, reported that:

“The trunk was mostly hollow and rotten... Four new cloned replacement trees are expected to arrive in late October or early November. The National Library of Medicine [near which the original tree was planted] is planning a rededication for the new tree but has not set a date yet. The NLM tree will be planted in the same place as the original tree. Another will be planted in front of the Clinical Research Center and the other two will go into one of our reforestation areas as back-up should any of the first two fail.”

Dr. Richard Wyatt, deputy director of the Office of Intramural Research, remarked at the felling of the tree, “NLM is storing large pieces of the remaining tree for future use, the replanting will be a milestone event.” 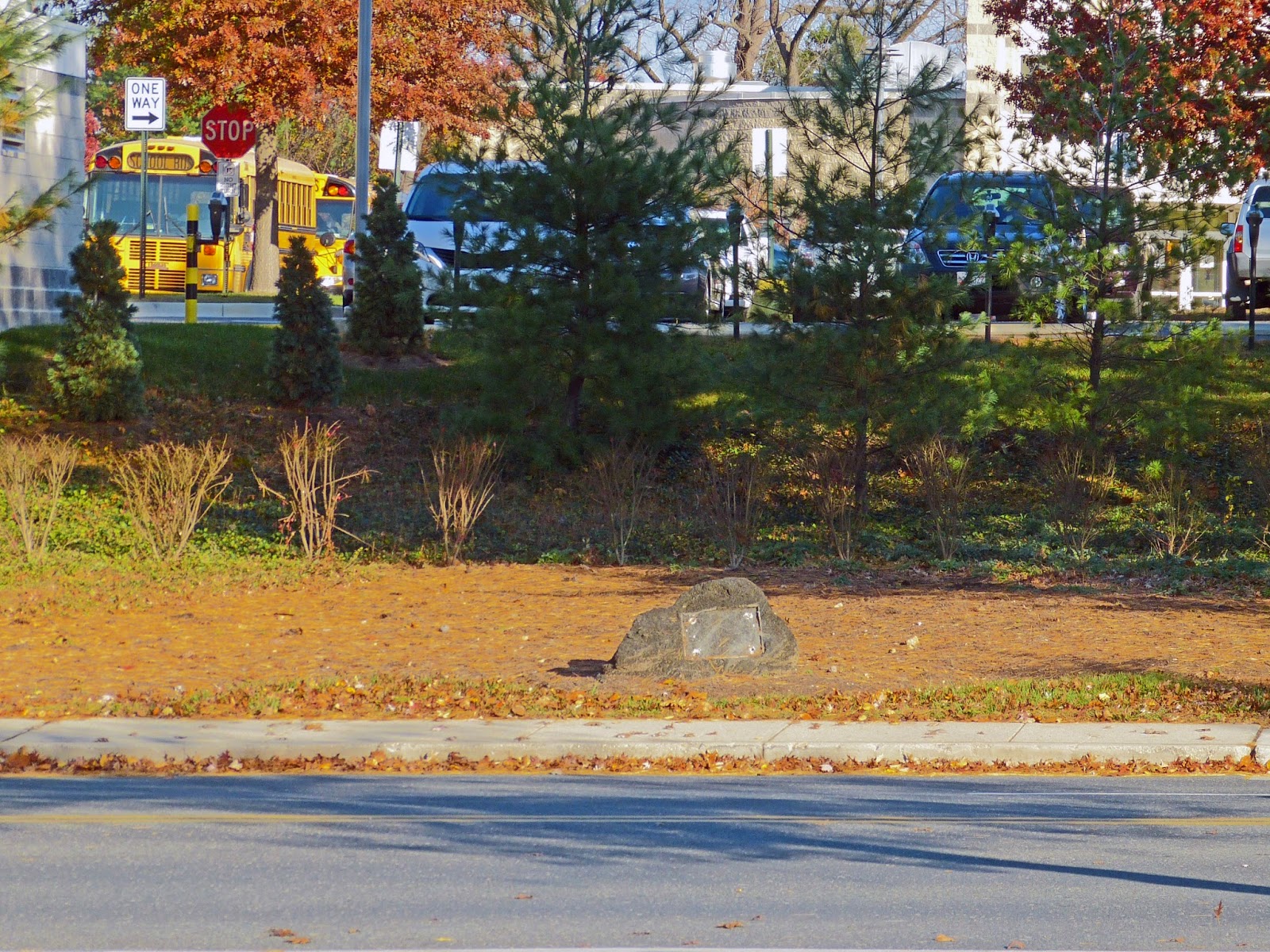 In the spring of 2014, the tree was replaced by another tree cloned from the previous clone of the original Tree of Hippocrates. And incidentally, they used my 2011 photo on the cover of the program. 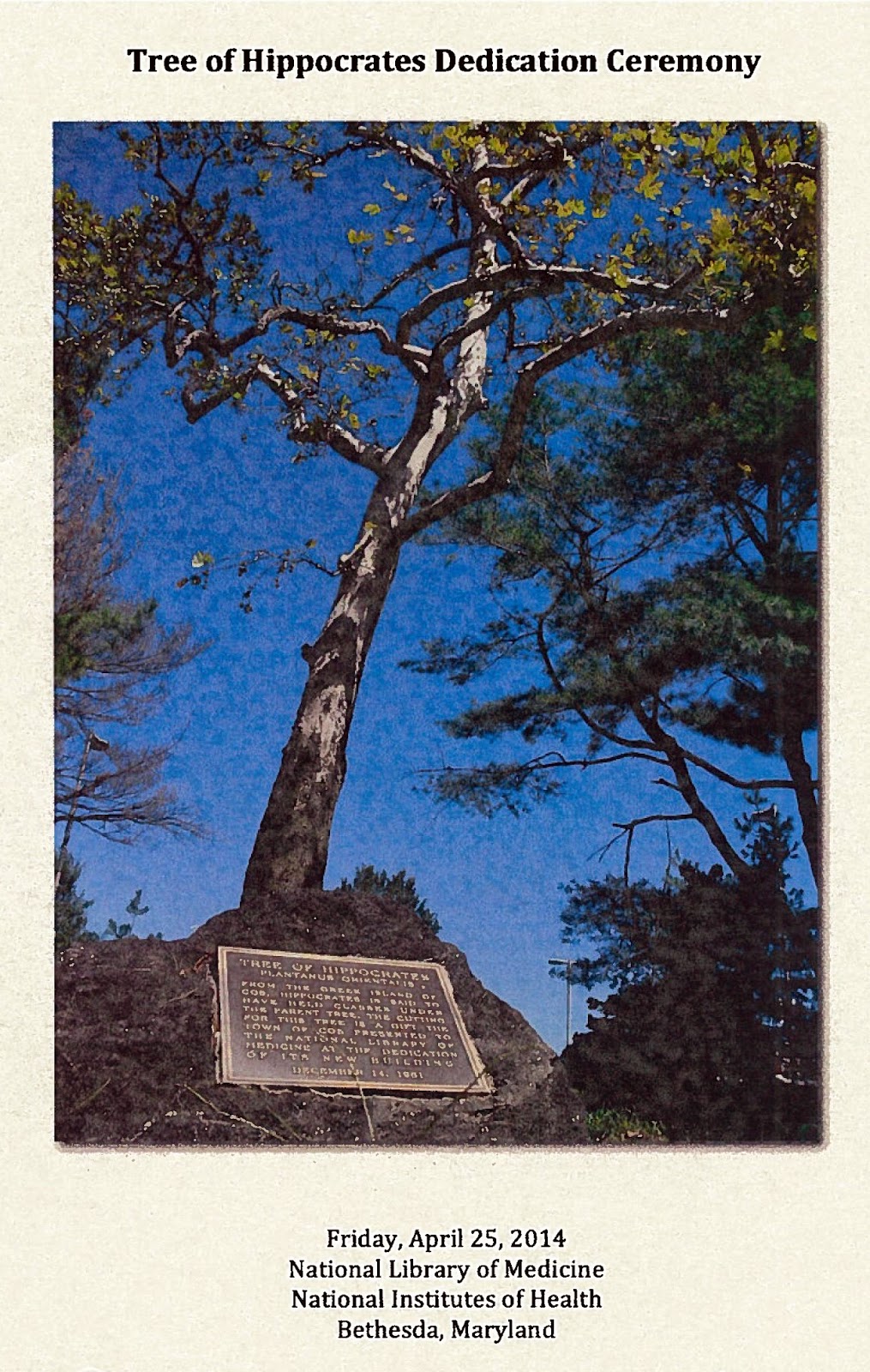 The "milestone" dedication ceremony was attended by The Greek Ambassador, Christo Panagopoulos, successor to Alexis Liatis who gave the previous tree to NIH; Dr. Donald Lindberg, Director of NLM; and David Lipman, Director of NCBI who unveiled the DNA 'barcode' of the tree. 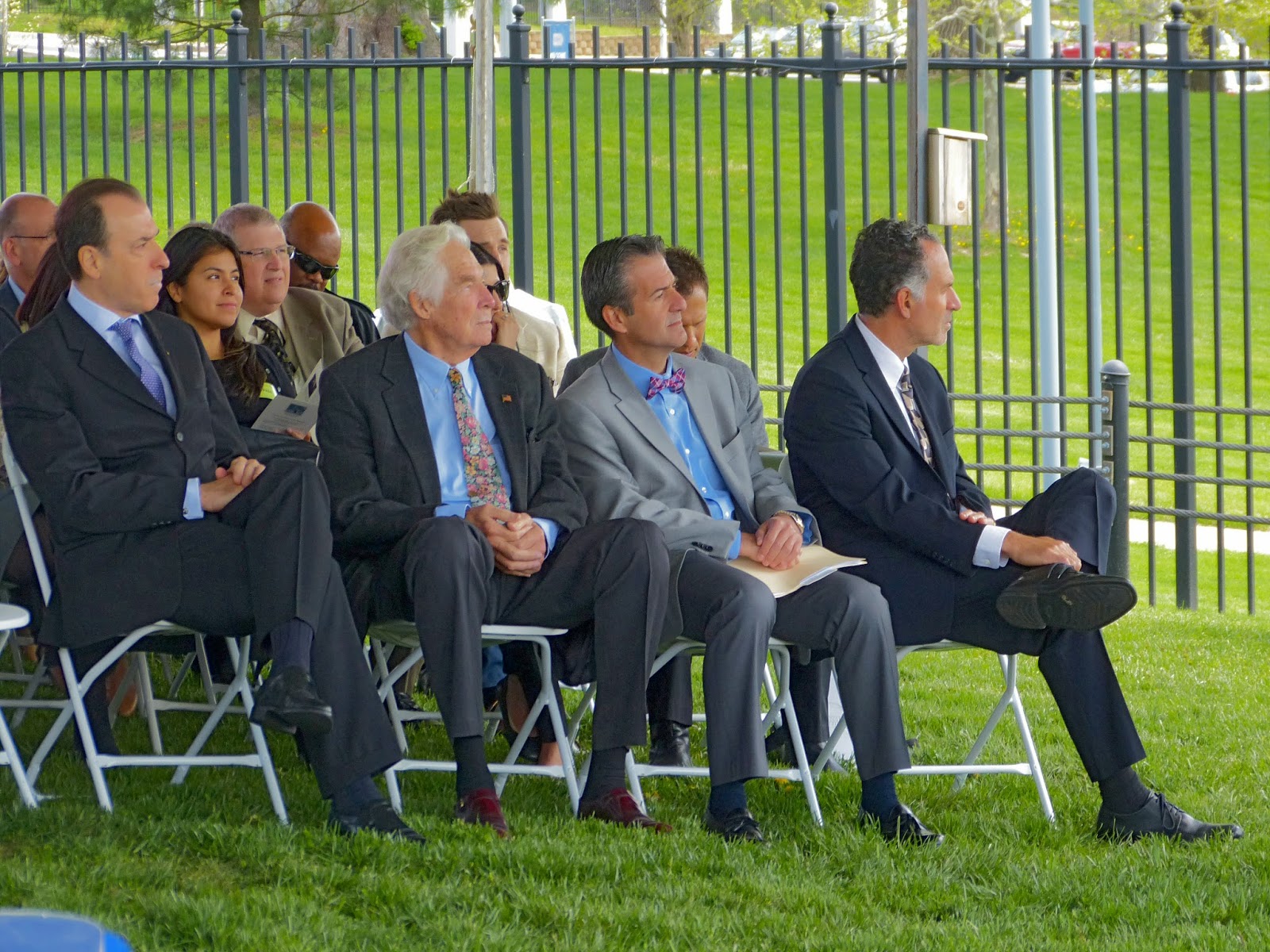 
The new tree was not placed along Center Drive where the previous tree had been, but on the front lawn of the National Library of Medicine. 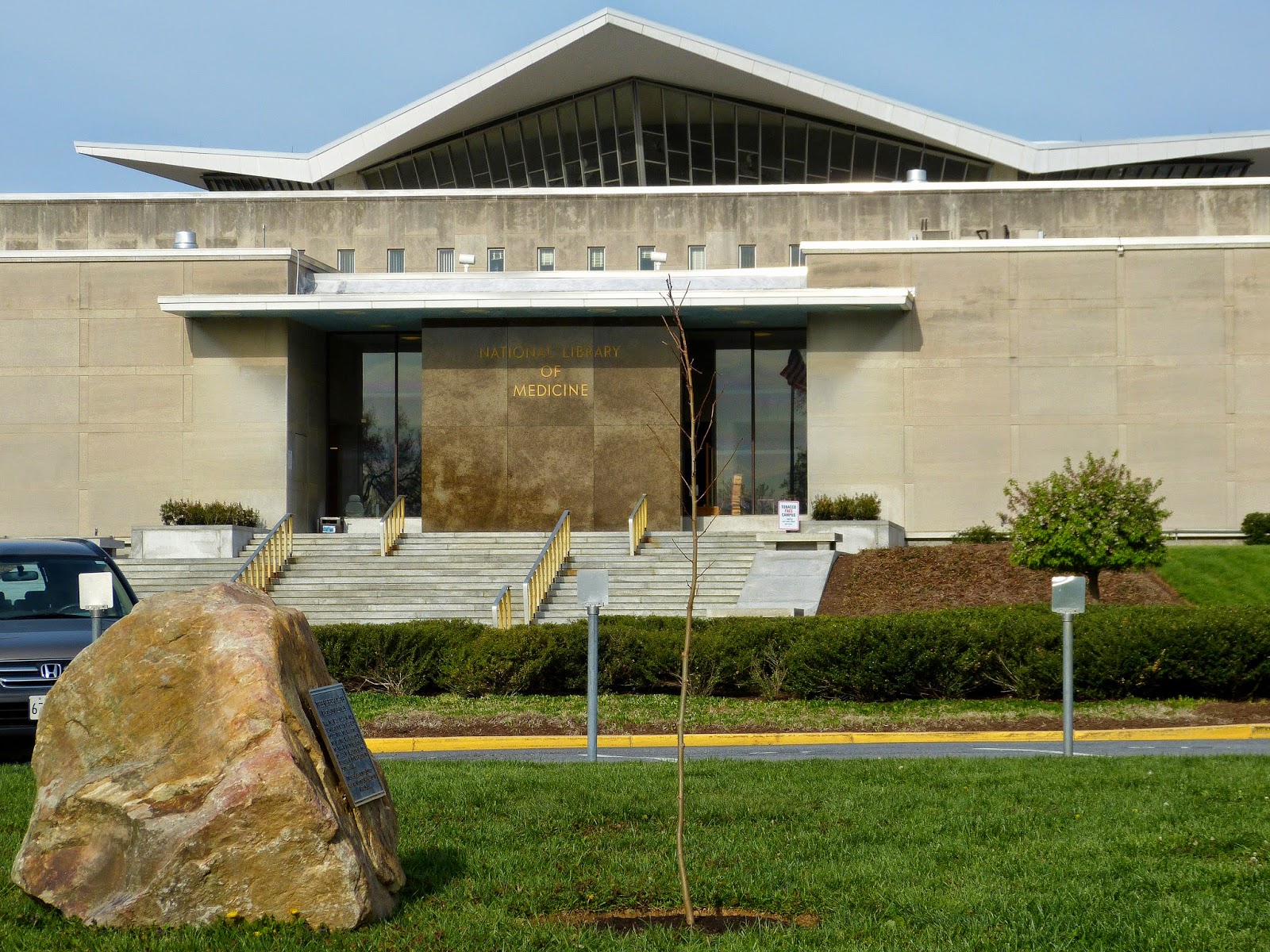 The DNA barcode is a segment of the DNA sequence of a plant used to identify a specimen as belonging to a particular species. The barcode of this particular tree will be used a the standard against which to identify members of its species, Platanus orientalis, the Oriental Plane Tree.


Dr. Lipman said at the dedication that  "I'm sure that Hippocrates would have been fascinated by the DNA Barcode Project and I think he would have been very excited about how DNA comparison and other modern methods are being used to better understand and ultimately treat human disease." The DNA barcode was printed on a bookmark distributed at the ceremony:

Although the various dignitaries went through the motions of planting the tree... 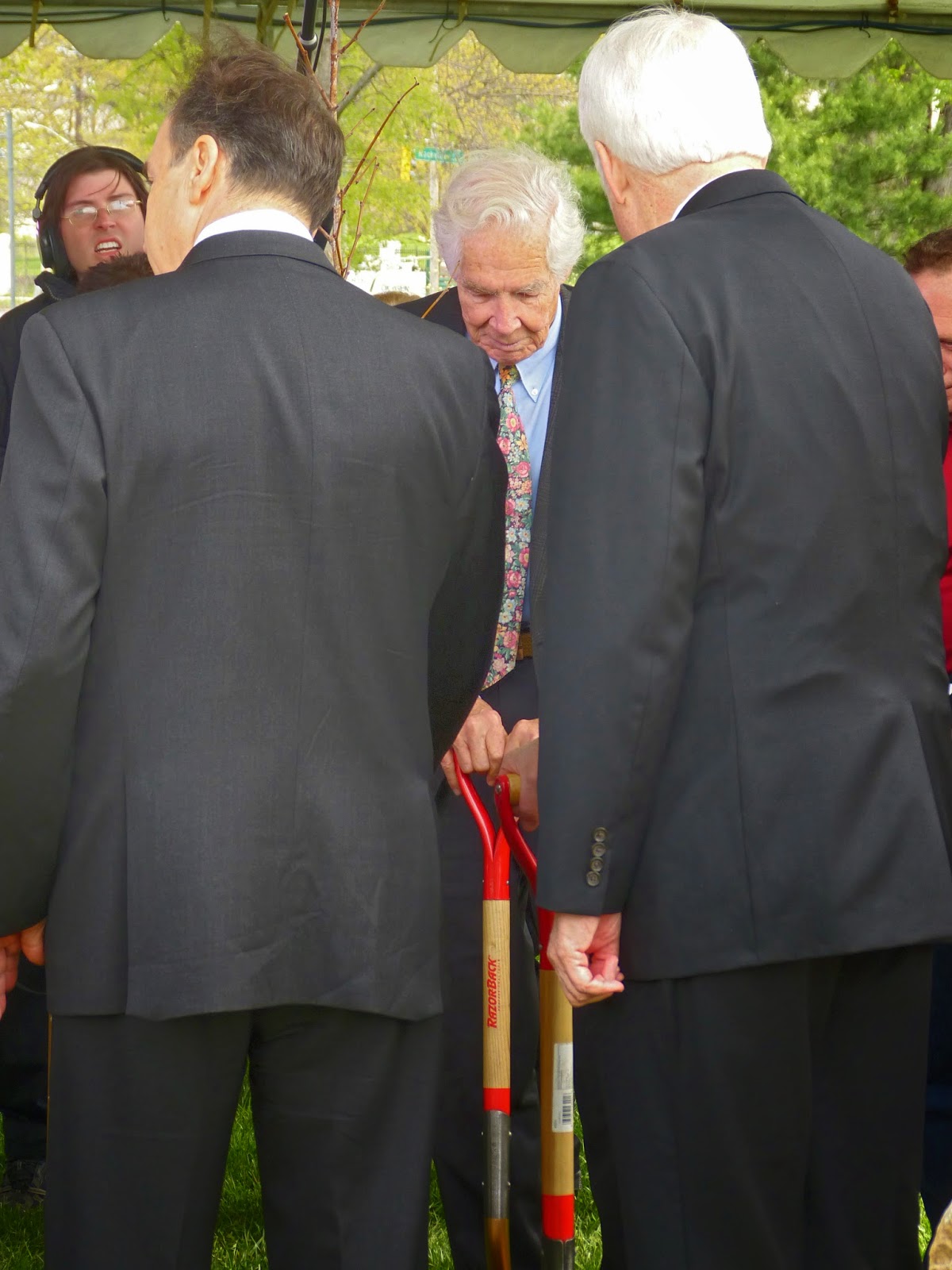 ...it was actually planted by contractors from King-Bryant, Inc. 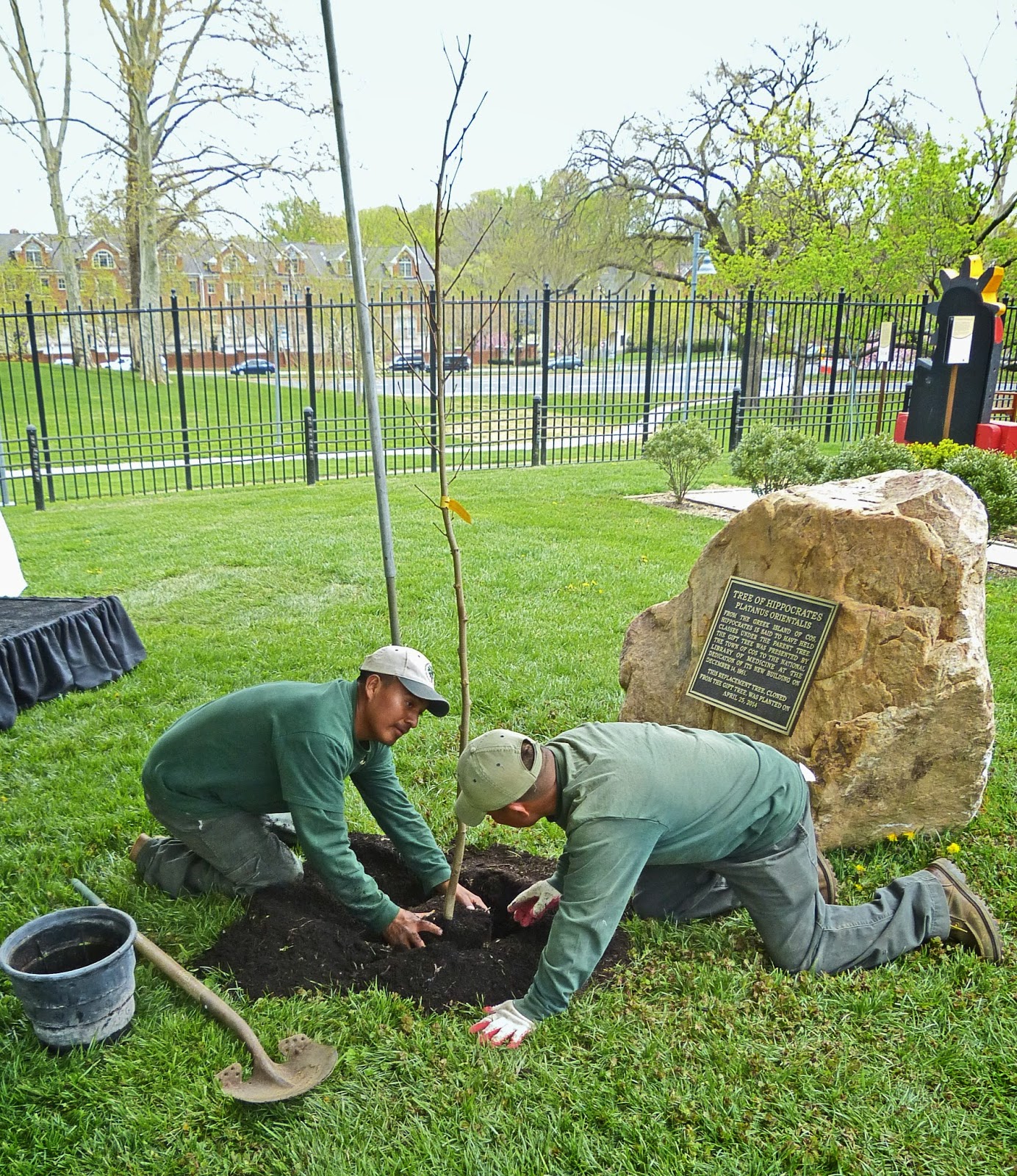 The tree is marked with a quartzite boulder and a plaque similar to the one that marked its predecessor. 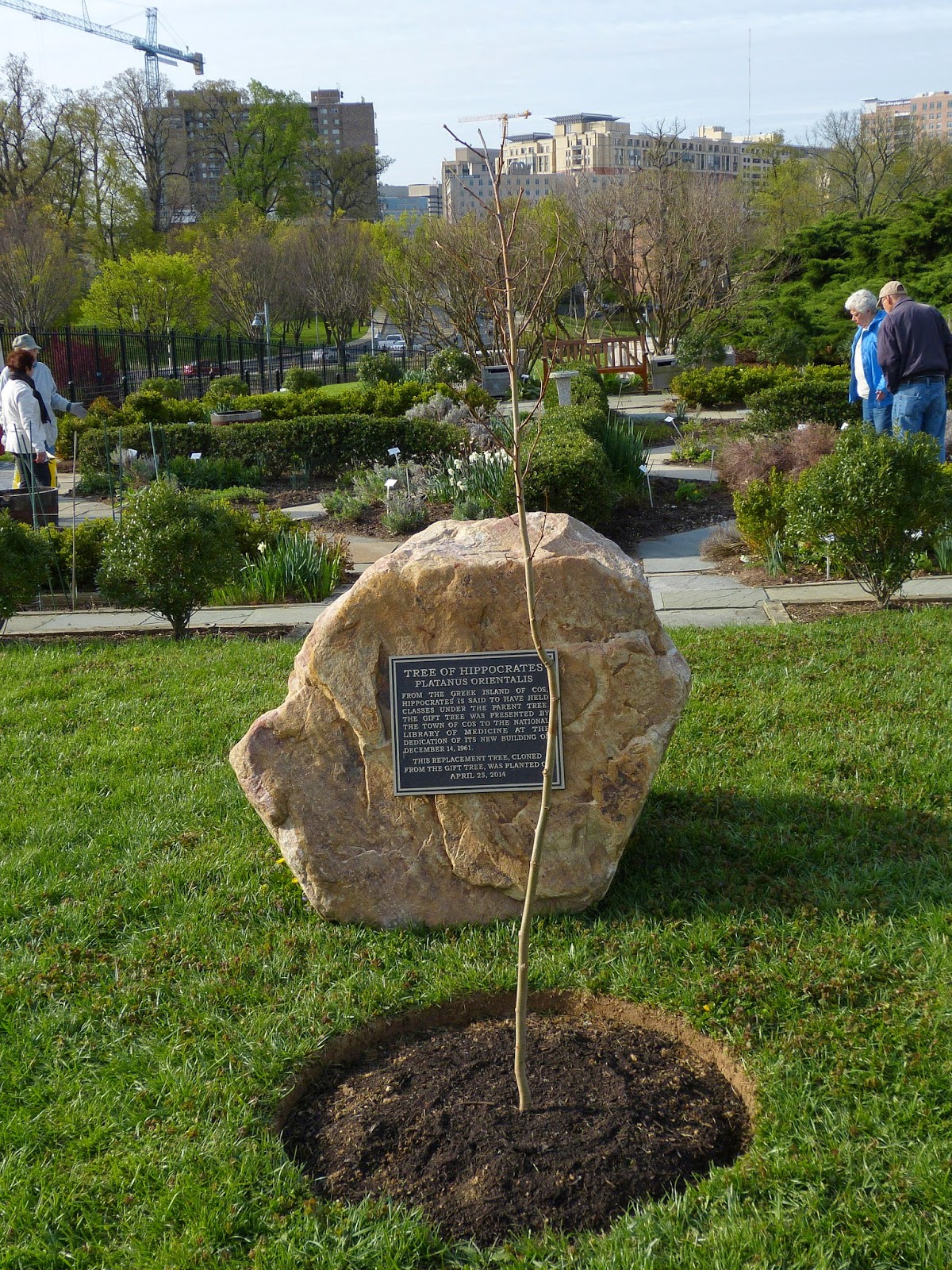 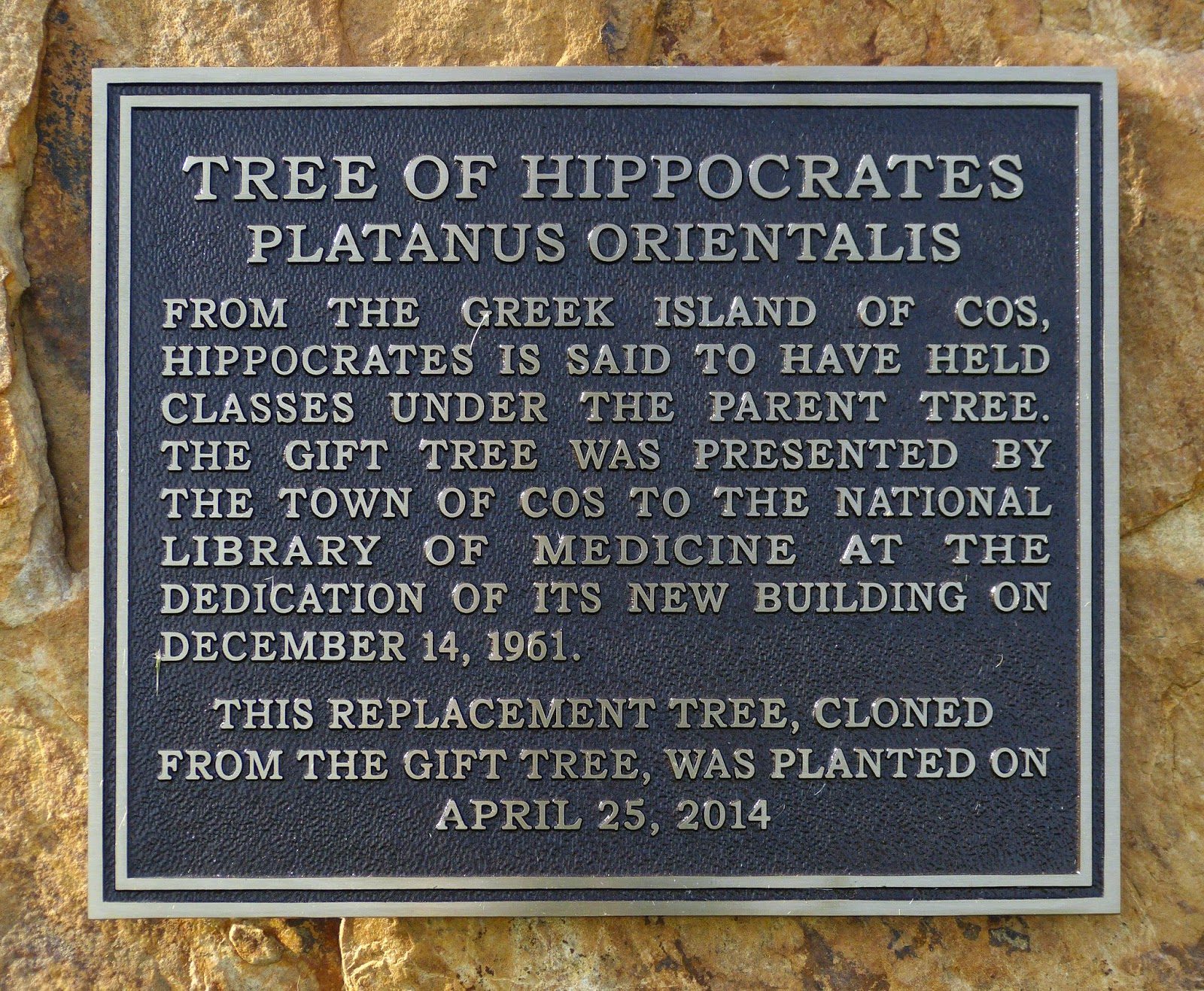 From the Greek Island of Cos, Hippocrates is said to have held classes under the parent tree. The gift tree was presented by the town of Cos to the National Library of Medicine at the dedication of its new building on December 14, 1961.

This Replacement Tree, Cloned
From the Gift Tree, Was Planted on
April 25, 2014
This song sparrow found a perch in the Tree of Hippocrates. 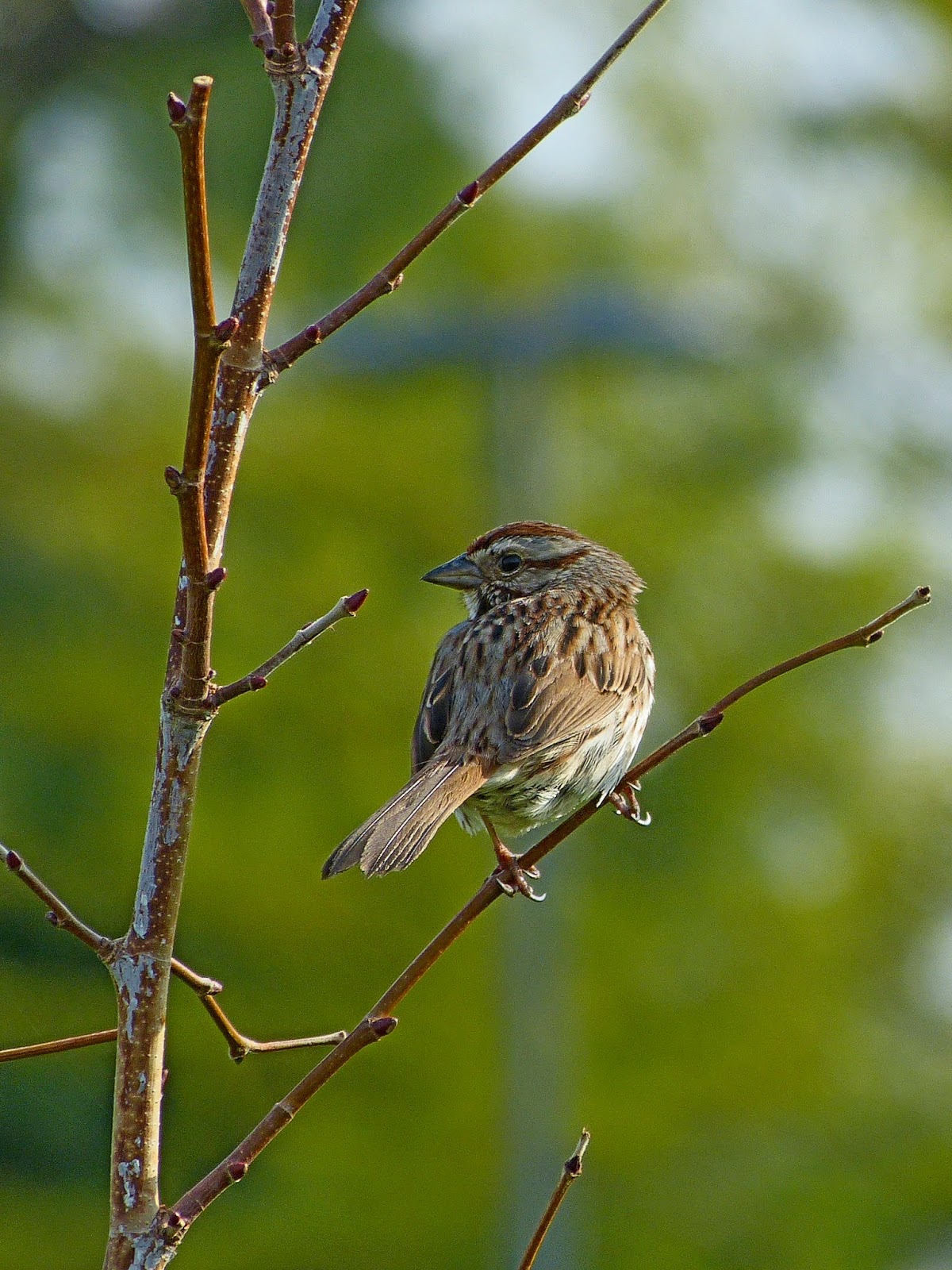