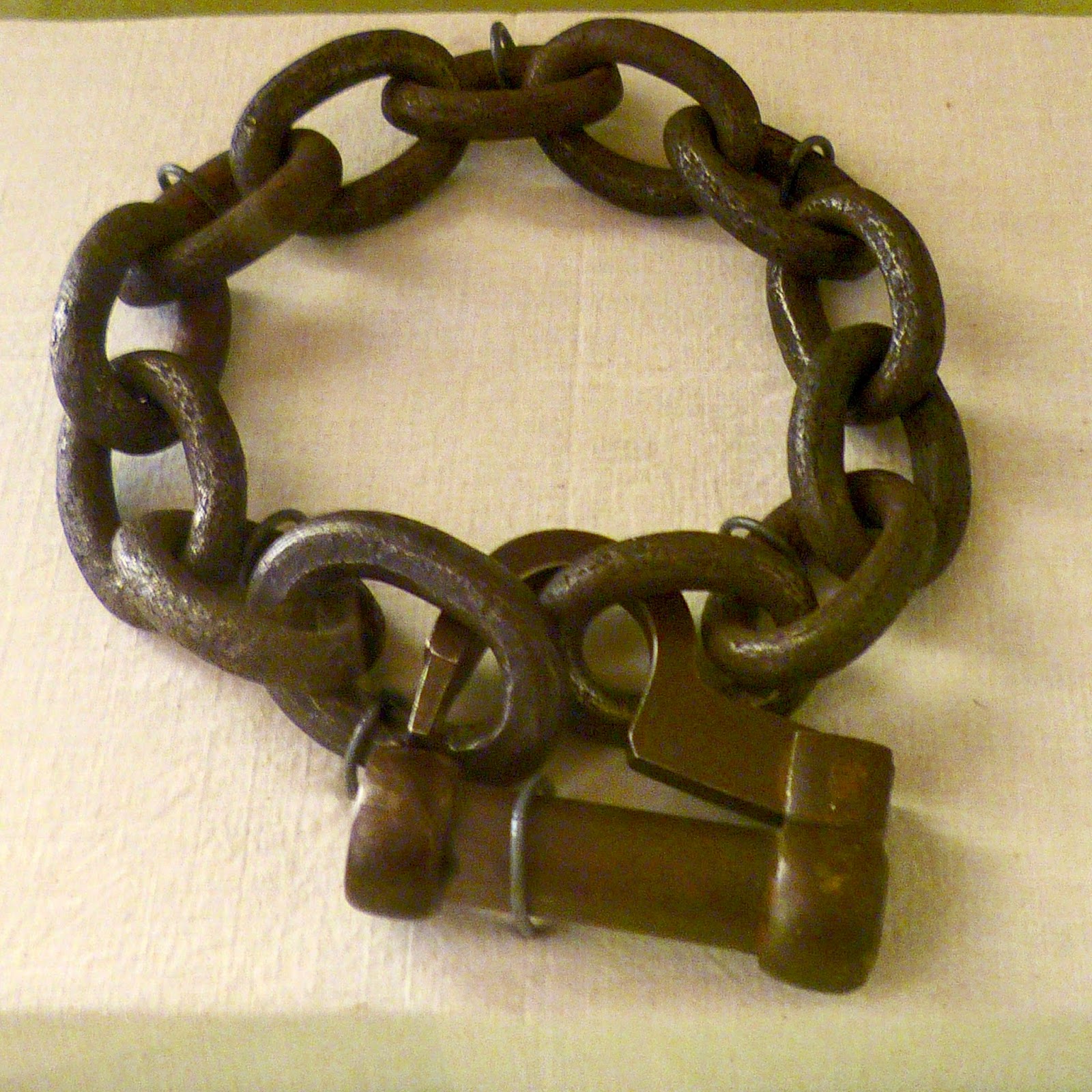 The Last Slave in Maryland


There are no pictures of Margaret "Maggy" Toogood, but the chain removed from her neck in 1864 survives. She is described as a handsome, "bright" mulatto girl of 19 years. The 87,000 slaves of Maryland, including Margaret, were legally freed on the first of November, 1864, after the Maryland Constitution of 1864 was ratified by a referendum of Marylanders, passing by only 375 votes.

That hereafter, in this State, there shall be neither slavery nor involuntary servitude, except in punishment of crime, whereof the party shall have been duly convicted: and all persons held to service or labor as slaves are hereby declared free.

This provision ended over 200 years of slavery in Maryland which had been recognized by law since 1663.

Lew Wallace was instrumental in achieving this result. President Lincoln made it clear that he wished to see slavery abolished in Maryland. Major General Wallace was the Commander of the Middle Department including Delaware and Maryland east of the Monocacy. This political general used his office to tilt the board in the direction of passage of the new constitution. Lincoln wrote to Secretary of War Stanton on March 31, 1864:

Gen. Wallace has been with me; and I think he is getting along with the matter we wished to see him for, very satisfactorily... I have told him to be fair, but to give the benefit of all doubts to the emancipationists. Please confer with him, and add any suggestion that may occur to you.

Yours truly
A. LINCOLN

Once the new constitution was passed, the former slaves of Maryland found themselves free but penniless and homeless. As Wallace put it:

Directly that constitutional freedom in Maryland was proclaimed, the newly liberated, shaken off by many of  their masters, and not knowing where to go or what else to do, toiled up in bewildered hundreds to Baltimore -- men, women, and children. Their presence on the streets made itself observed, and became a subject of complaint. The police stations filled with them, and presently the mayor invited me to help him; they were starving, and he had no funds with which to care for them. The situation, really extraordinary, called for prompt action, and I buckled to it heroically.

General Wallace placed the freed slaves of Maryland under the protection of the Army in his department, the first Freedman's Bureau. He also established in Baltimore a shelter for homeless freedmen. He re-purposed the Clubhouse of a social club frequented by secessionist Marylanders.


Margaret Toogood arrived at the Maryland Clubhouse after leaving her master in Anne Arundel County. Wallace tells it this way:


Among the recent chattels in the Baltimore Freedmen's Bureau, formerly the Maryland Club-house, converted, there was one from Anne Arundel County, a handsome mulatto girl not more than nineteen, named Maggy, or Margaret, Toogood. The owner -- I am sorry to have forgotten his name -- followed her to the city, and, to repossess himself, charged the poor creature with larceny; upon the strength of which he was allowed to carry her back to his plantation, ostensibly to hold her for prosecution. He then dismissed the legal proceeding; whereupon the girl was, to all intents, again his slave. To keep her securely, he went to a country blacksmith in the vicinity and got him to make a chain and fit it around her neck, secured permanently by a lock of peculiar construction, impossible of opening except by the key, its special complement.


It is a forbidding thing, fashioned of coarsest metal, wrought in the rudest manner. The rough iron is a portion of log chain, once used by oxen in dragging heavy weights, and is fastened by a lock prepared by some neighboring blacksmith. Examining the mechanism, we must admit it was a safe thing to trust in securing merchandise such as Margaret Toogood. The links are two inches in length, and its entire weight is between three and four pounds.

Wallace heard about Margaret's re-enslavement and sent a troop of cavalry to bring her and her master to Baltimore. He describes the scene:


It was in this way: I heard of the girl's condition, and sent some cavalry to bring her and her master to me. The scene when the two were produced in my headquarters equaled anything of the kind in Uncle Tom's Cabin; for it was an actuality beyond taint of fancy, an actuality of occurrence under my eyes, and, like all facts, above gainsaying. He throughout was defiant and ugly, and stood loud of tongue upon what he termed his legal rights.

Benson Lossing continues the story, "Wallace ordered the girl to be brought to Baltimore, where, in the office of the Provost-Marshal, the chain was removed, and the last bond-slave in Maryland was set free."

Wallace fined the man $500 to be held in trust for Margaret. When he refused, Wallace ordered "Take this person to the city jail until he has changed his mind." The former slave-master answered, "I will rot before I pay a dollar." In response, Wallace ordered him to be kept at hard labor. He paid-up two weeks later.

After her second emancipation, Margaret Toogood disappears from history. But the chain that had been around her neck for four weeks became one of General Wallace's war souvenirs. The caption on this photo on display at the Monocacy Battlefield asks, "Can you find the slave chains?" Frankly, I can't. 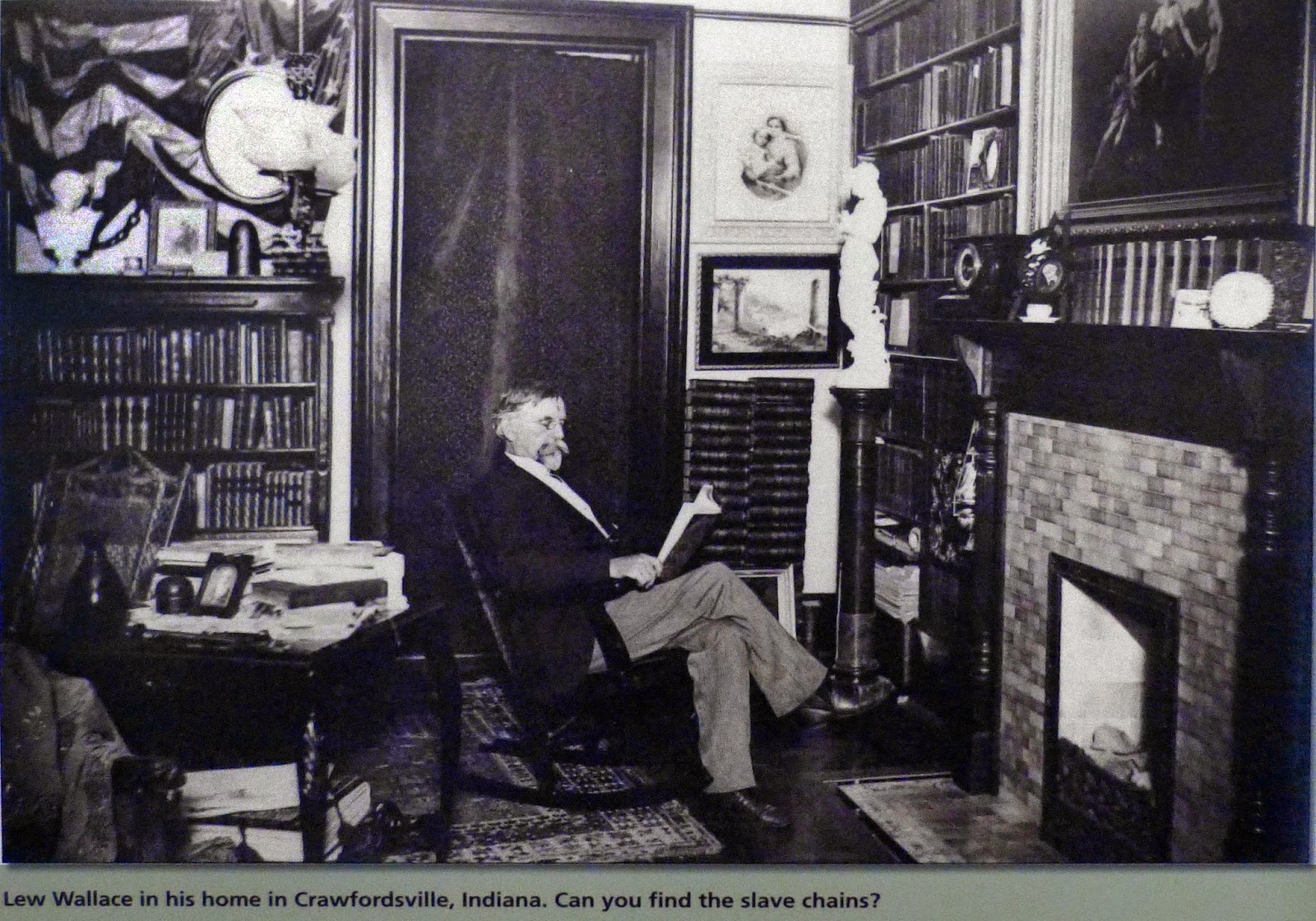 Wallace went on to be the 11th Governor of New Mexico Territory, United States Minister to the Ottoman Empire, and the author of Ben Hur. In a 1892 article in The Arena entitled "The Chain of the Last Slave," Susan Wallace wrote that "I have chosen to hang it beside a victorious banner, furled, a rusty cavalry sword, and near a medallion portrait of President Lincoln." When she died, she donated the chain to Oberlin College who in turn lent it to the Lew Wallace Study and Museum in Crawford, Indiana. Magaret Toogood's slave-chain is currently on loan to the Monocacy Battlefield and can be seen in the museum there. 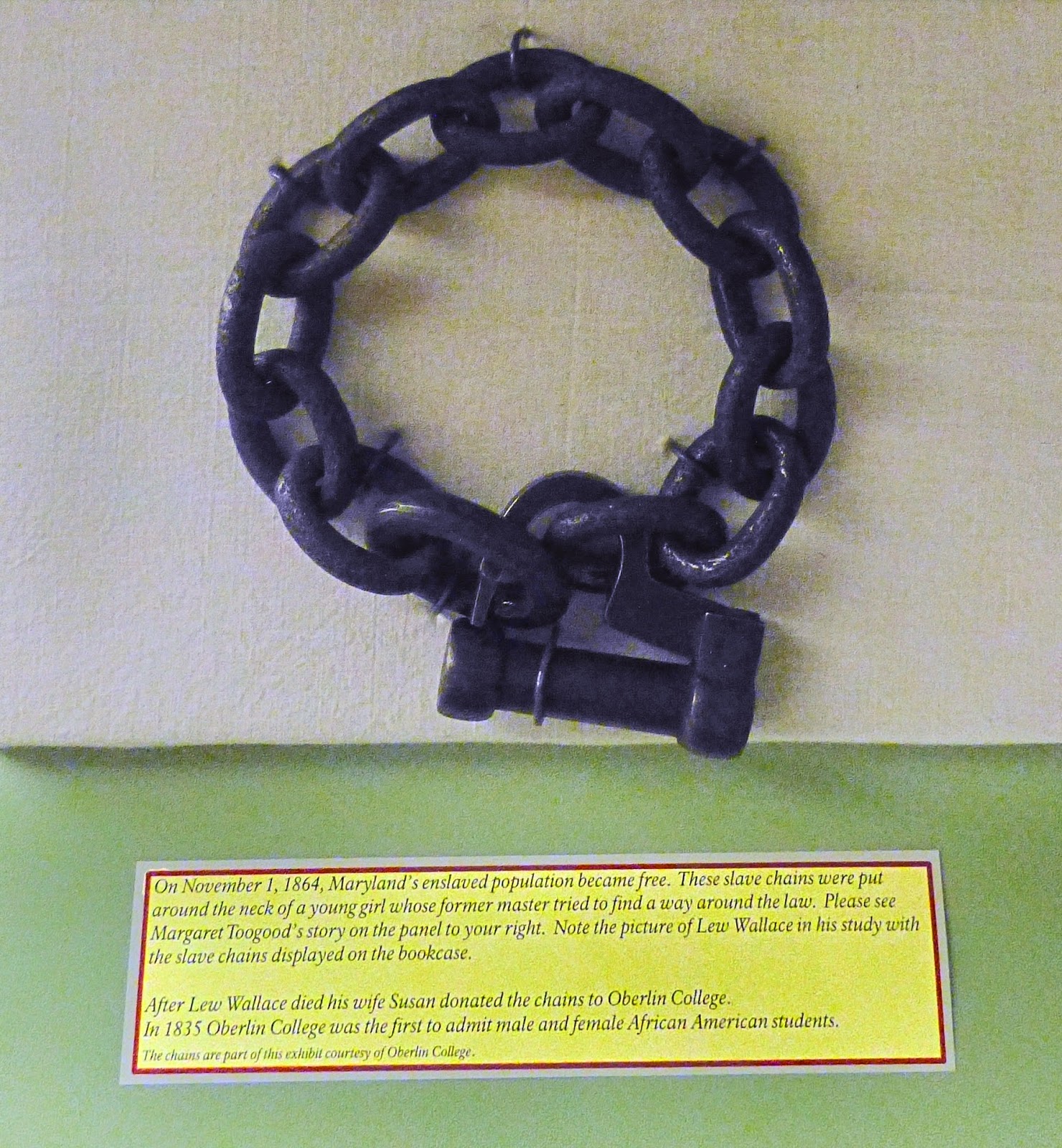