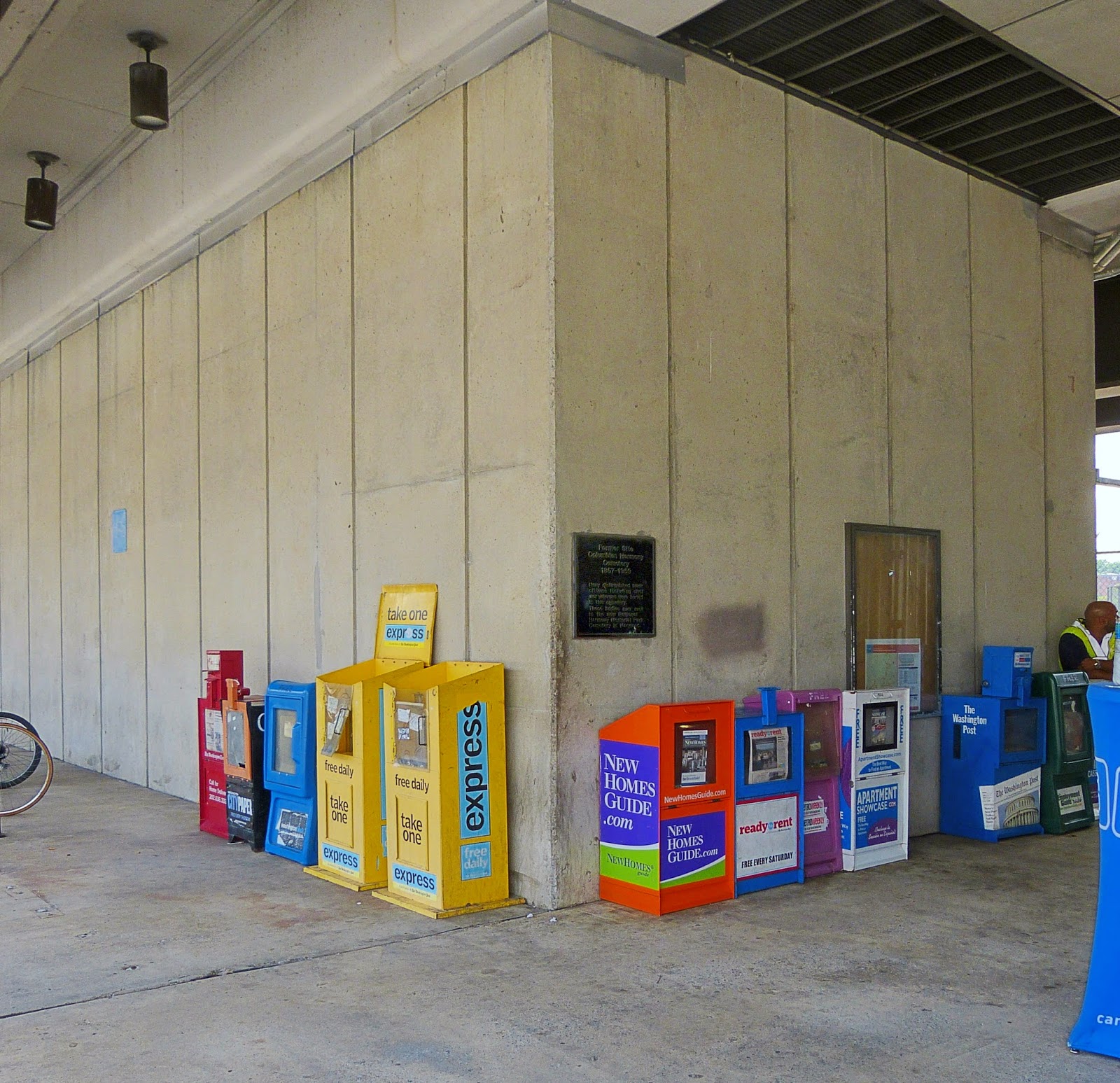 The Rhode Island Metro Station in Northeast Washington is the former site of the Columbian Harmony Cemetery, the final resting place for many important 19th Century African Americans, including two Medal of Honor winners. The headstones and locations of the graves were lost in 1960. 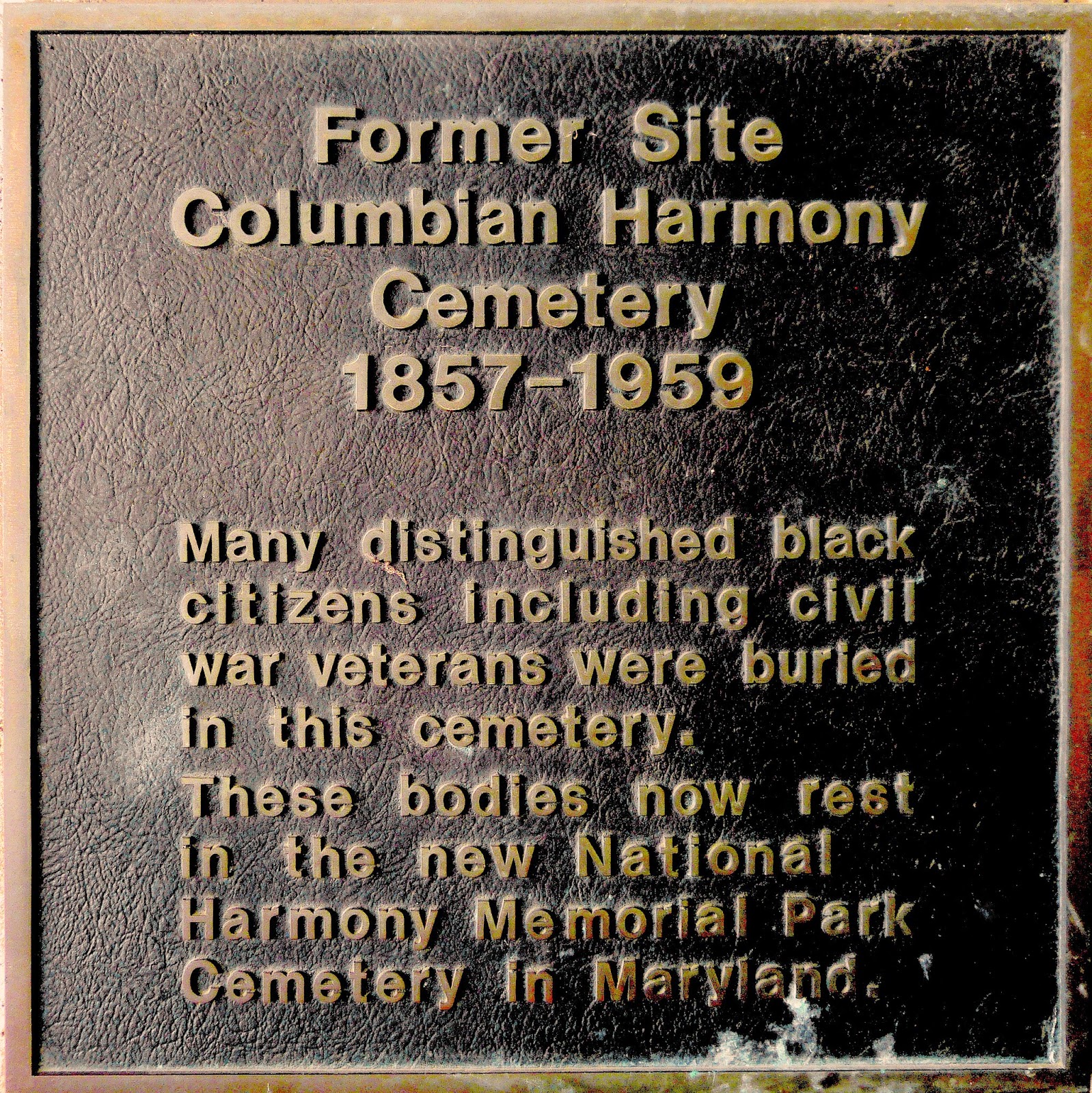 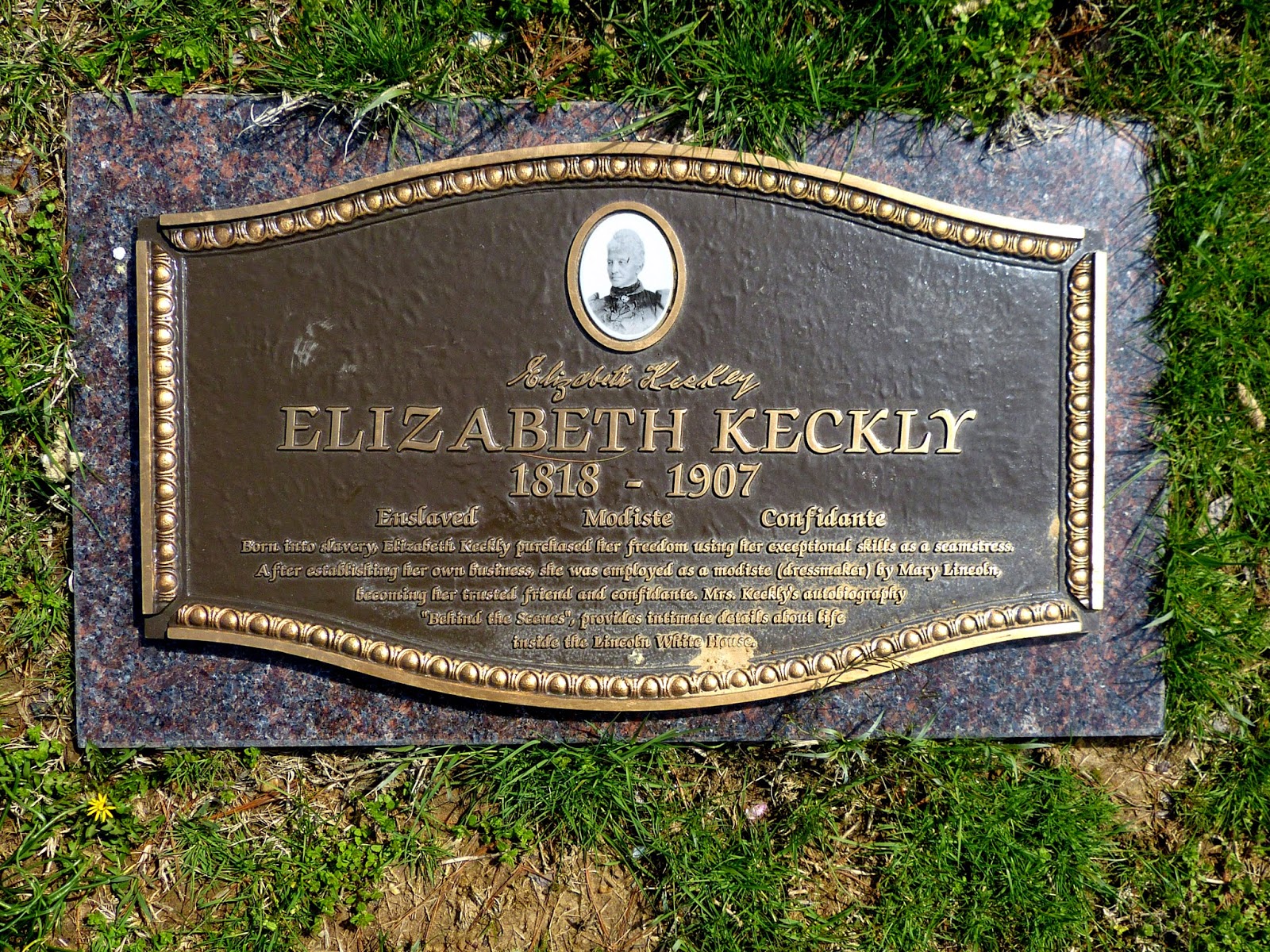 Born into slavery, Elizabeth Keckly purchased her freedom using her exceptional skills as a seamstress. After establishing her own business, she was employed as a modiste (dressmaker) by Mary Lincoln, becoming her trusted friend and confidante. Mrs. Keckly's autobiography "Behind the Scenes," provided intimate details about life inside the Lincoln White House.


Philip Reed, who helped Park Mills create the statue of Freedom on the Capitol Dome, was buried there too. 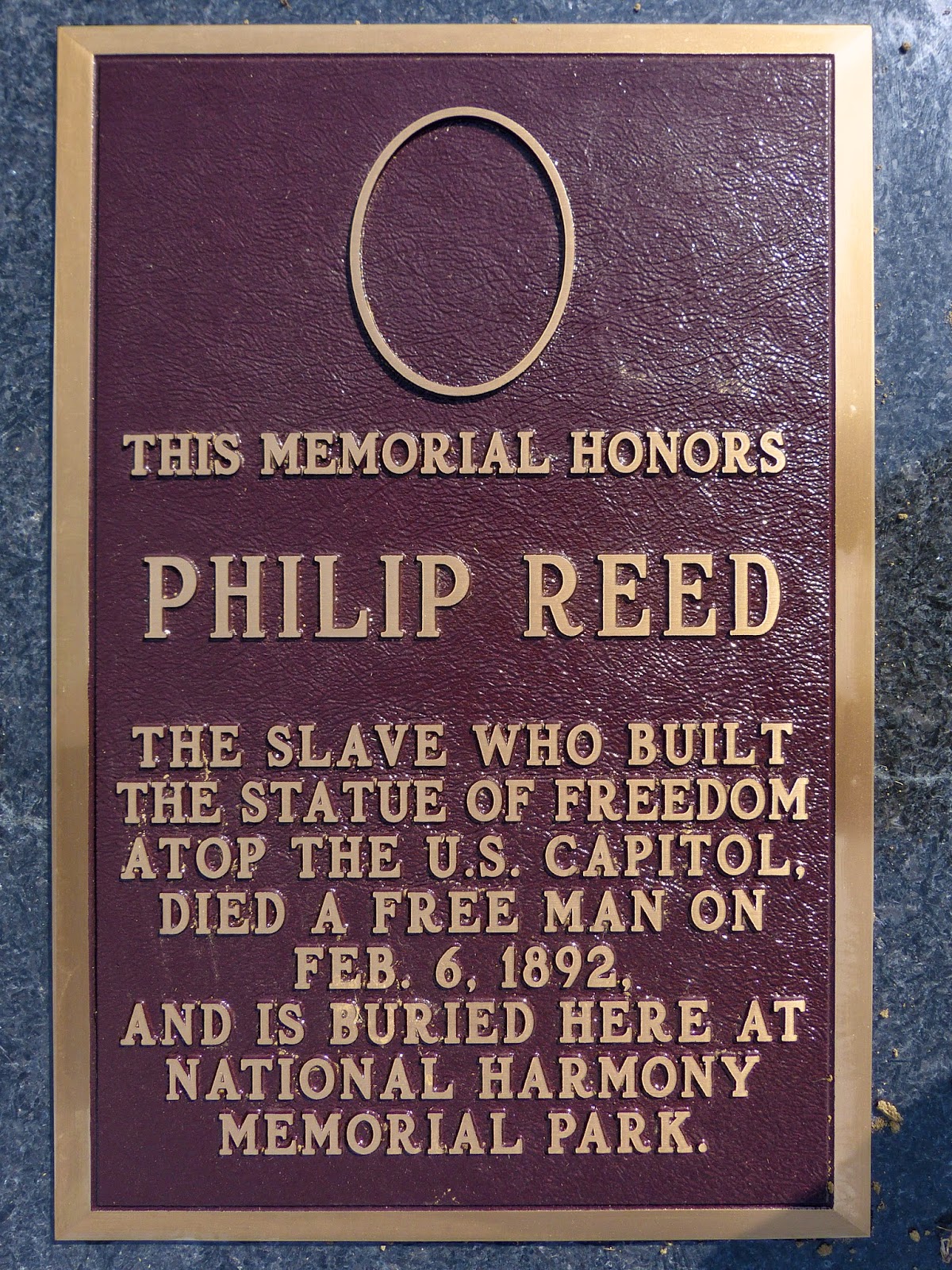 The slave who built the statue of Freedom atop the U.S. Capitol, died a free man on Feb. 6, 1892, and is buried here at National Harmony Memorial Park.

Osborne Perry Anderson was one of John Brown's Raiders in 1859. He was buried at Columbian Harmony Cemetery, too. 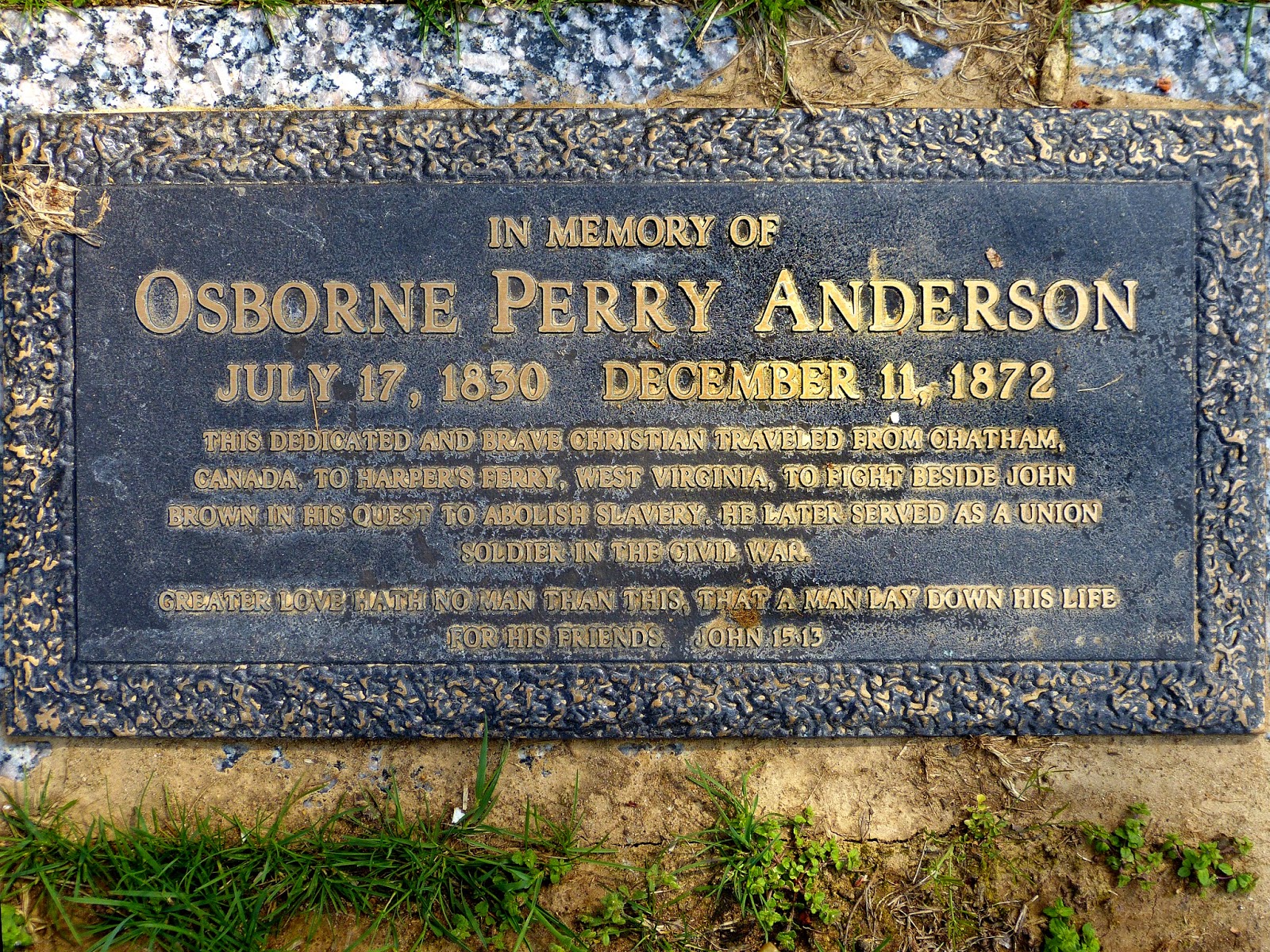 This dedicated and brave Christian traveled from Chatham, Canada to Harper's Ferry, West Virginia, to fight beside John Brown in his quest to abolish slavery. He later served as a Union soldier in the Civil War.
Greater Lover Hath No Man Than This, That a Man Lay Down His Life for His Friend. John 15:13 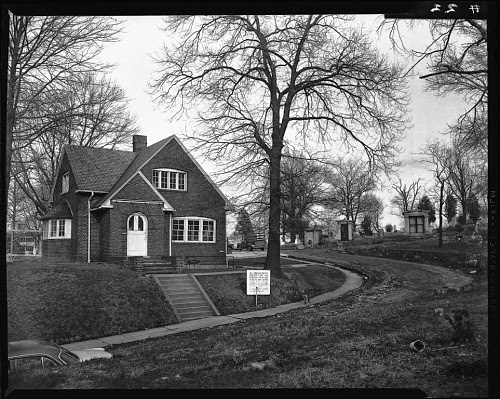 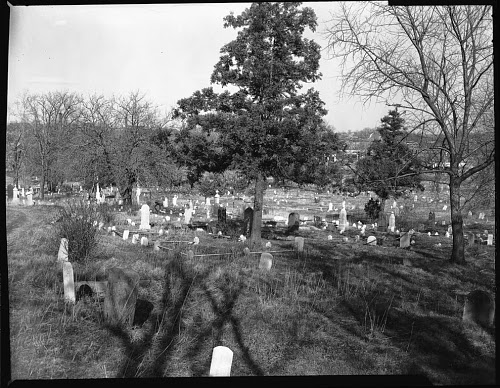 This one shows the extent of the cemetery: 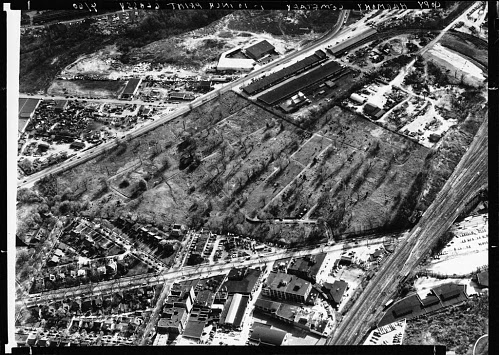 But by 1953, the cemetery was bankrupt. In 1957, Louis N. Bell proposed to move the graves to a new section of his Forest Lawn Cemetery in Largo, Maryland, in return for the DC property. In 1960, all the 37,000 graves were moved to the Harmony Section of the Cemetery. But the headstones were not moved and the  positions of the graves were not recorded. So the Harmony National Cemetery  came to contain what was essentially a mass grave of the former burials in Columbian Harmony Cemetery.

In 2010, the tombstones from the Columbian Harmony Cemetery were found used as rip-rap on the shore of the Potomac.