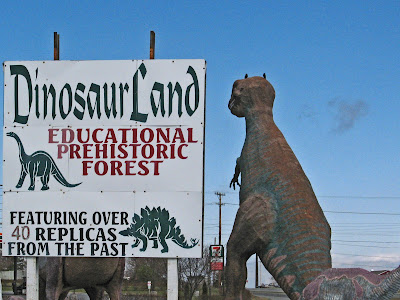 Double Tollgate, Virginia, near Winchester, has historical significance:  the confluence of three important roads and a Civil War cavalry encounter. 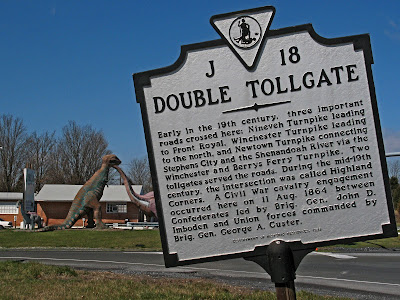 
But I want to talk about dinosaurs! Dinosaur Land, a 40-year-old tourist trap, claims over 40 life-sized dinosaurs and other "Replicas from the Past." 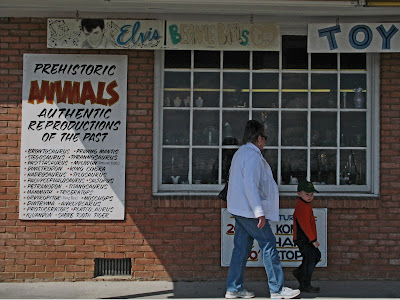 A battle royal between Megalosaurus and Apatasaurus (formerly Brontosaurus): 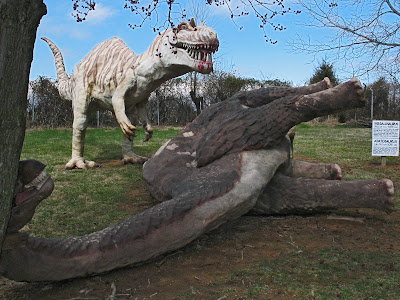 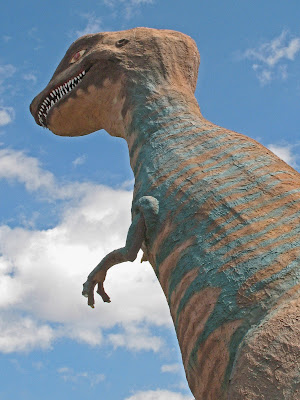 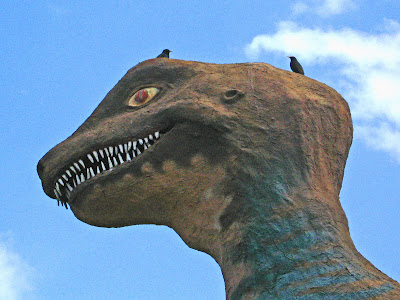 Keep off the dinos!﻿ 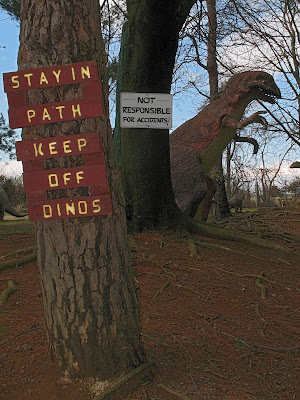 And look out for King Kong! 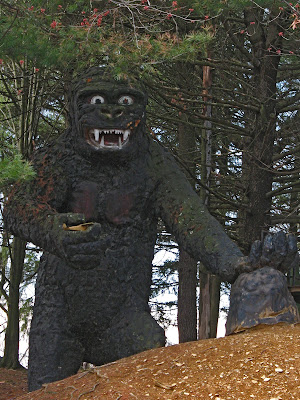 I guess enough is enough. 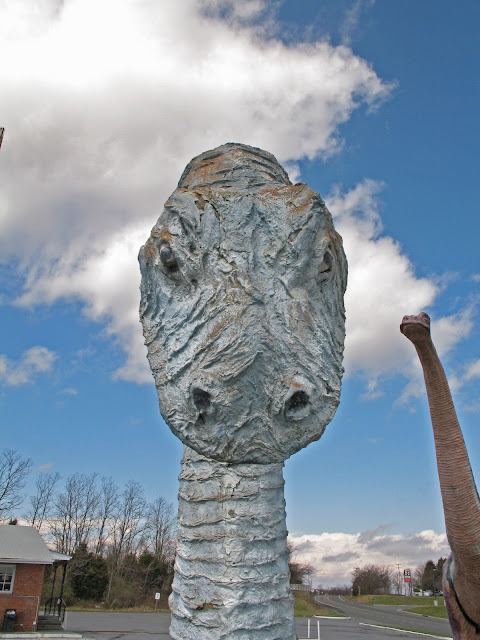