Eastern end of the Transpenisular Line 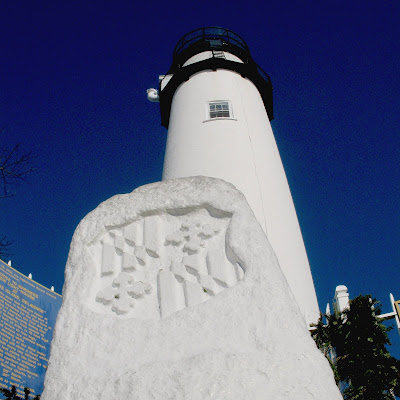 This stone at the base of the Fenwick Island lighthouse marks the eastern end of the Transpeninsular Line, the southern boundary of Delaware with Maryland. 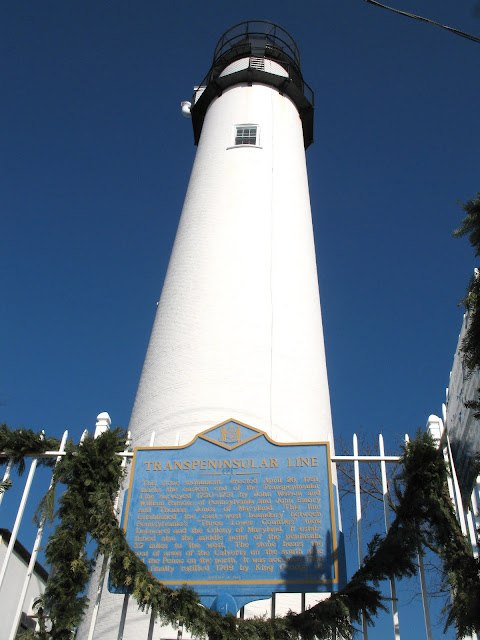 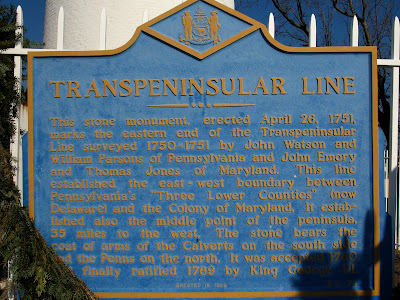 This stone monument, erected April 26, 1751, marks the eastern end of the Transpeninsular Line surveyed 1751-1751 by John Watson and William Parsons of Pennsylvania, and John Emory and Thomas Jones of Maryland. This line established the east-west boundary between Pennsylvania’s “Three Lower Counties” (now Delaware) and the Colony of Maryland. It established also the middle point of the peninsula, 35 miles to the west. The stone bears the coat of arms of the Calverts on the south side and the Penns on the north. It was accepted 1760 and finally ratified 1769 by King George III. 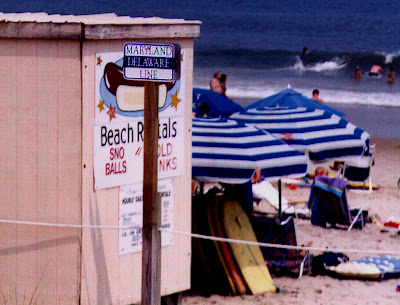 In 2007, I found no boundary marks on the beach but this stump of a post seems to lie right on the line. 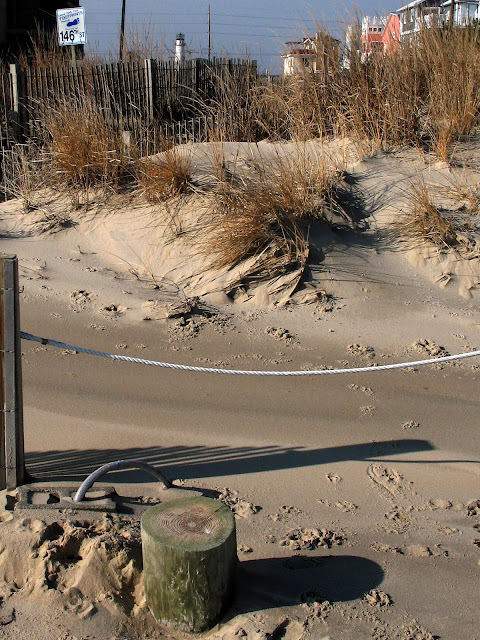 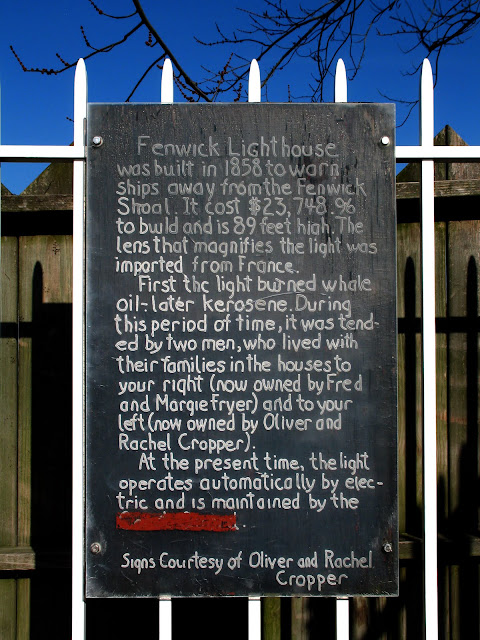 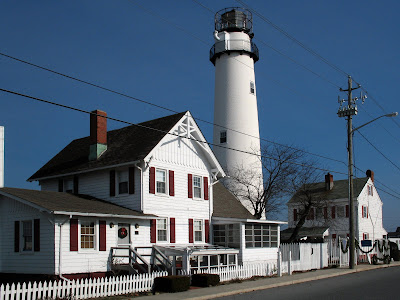 The new caretaker's house, the one identified in the sign as the Croppers', was built in 1881. 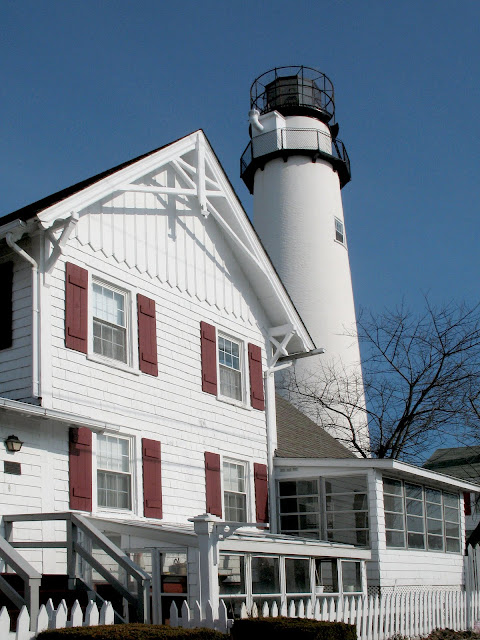 It supplemented the original caretaker's house built with the lighthouse in 1858. 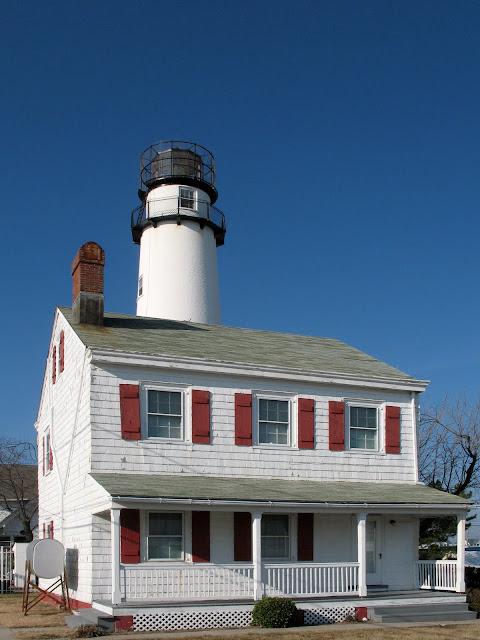 In 1978, when the Coast Guard decommissioned the lighthouse and turned off the light, a movement sprang up to save the lighthouse led by Claude and Dorothy Pepper. In 1981, the Coast Guard turned the light over to the state of Delaware.  It is run by The Friends of Fenwick Island Lighthouse. The Peppers were founding members of the Friends. The Croppers succeeded the Peppers in this role. Oliver Cropper led the Friends group from 1992 until 2007. Winnie Lewis organized the "New" Friends of Fenwick Lighthouse in 2007.


Probably the most unusual thing about the lighthouse is that it is actually two brick towers instead of one. The outer tower is conical-that is, it is larger at the bottom than at the top and it slants inward slightly as it rises ... at bottom its brick walls are 27 inches thick. At the top the outer walls are 18 inches thick. The inner tower is cylindrical - that is, it is of the same diameter from top to bottom. The inner tower walls are 7 inches thick from top to bottom and the interior diameter of the tower is eight feet six inches.

This diagram from the wall inside the lighthouse illustrates that double structure. 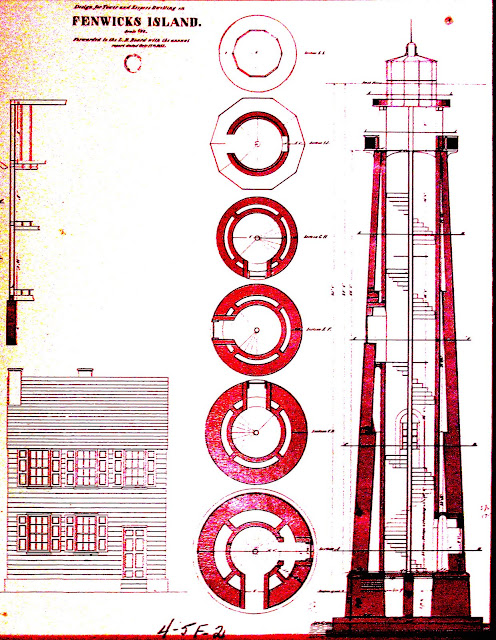 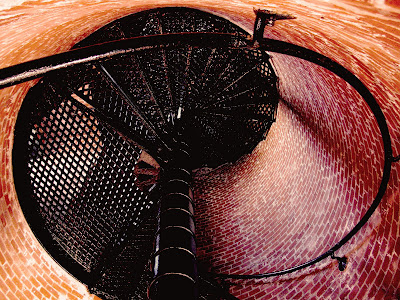 The Fresnel lens was replaced and re-lit in 1982. 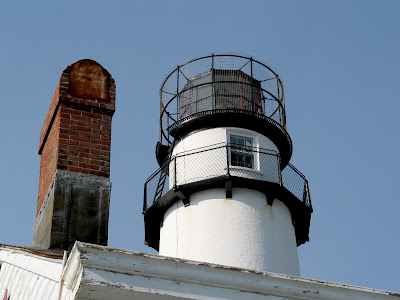 The lighthouse is partially surrounded by the trailer homes of "Summertime Park" which was run by Mr. Cropper. 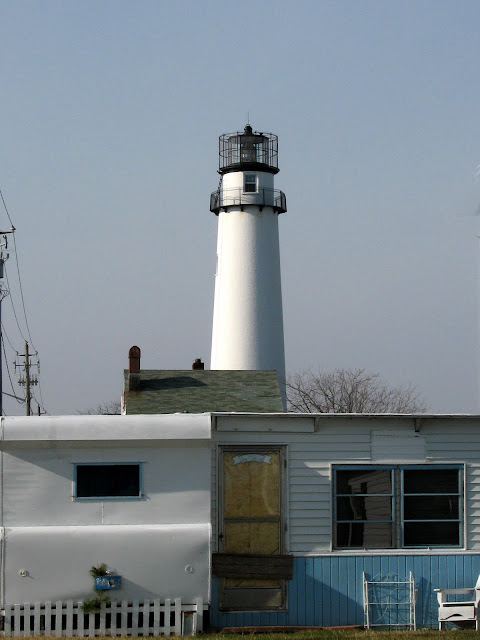 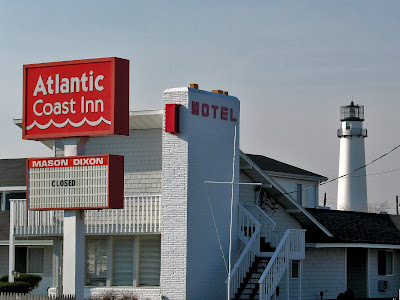 Who knows what history lurks in the Mid-Atlantic beach resorts? 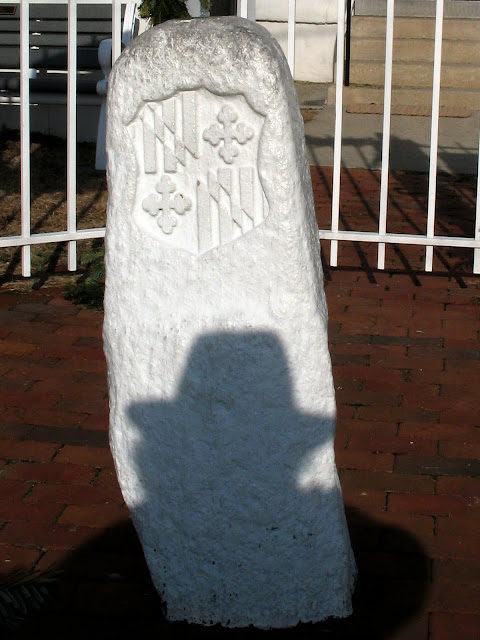