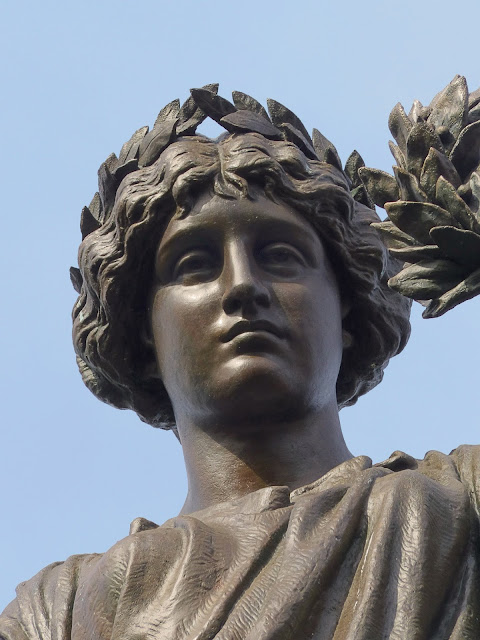 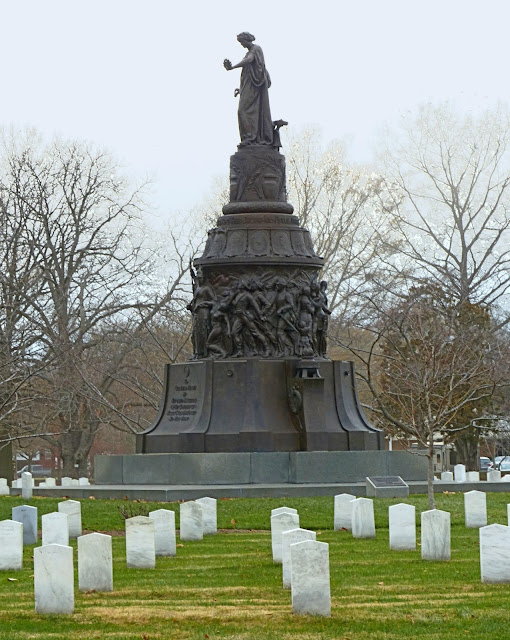 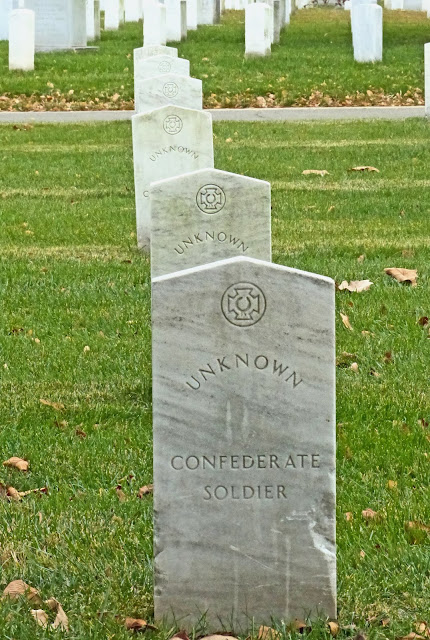 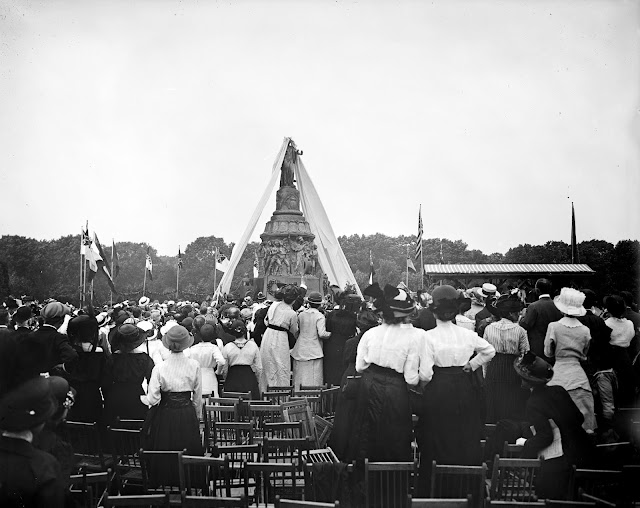 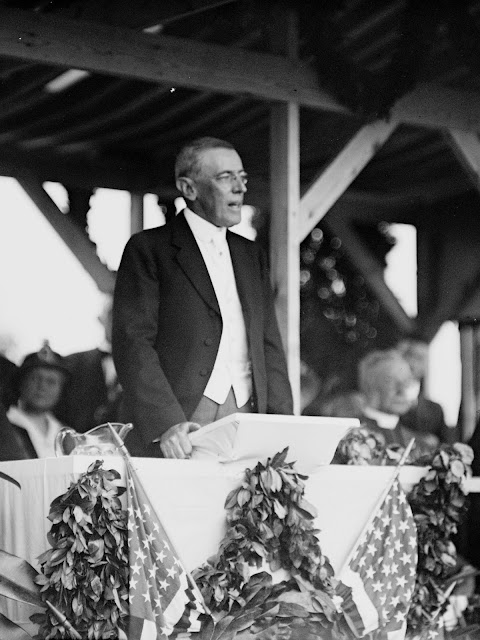 "I assure you that I am profoundly aware of the solemn significance of this thing that has taken place. The Daughters of the Confederacy have presented a memorial of their dead to the government of the United States... My task is this, ladies and gentlemen: This chapter in the history of the United States is now closed, and I can bid you to turn with me with your faces to the future, quickened by the memories of the past, but with nothing to do with the contests of the past, knowing, as we have shed our blood on opposite sides, we now face and admire one another." -- Washington Post,  June 17, 2007. 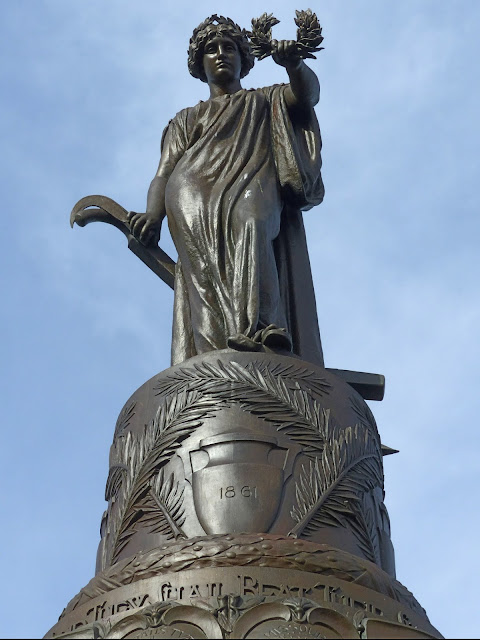 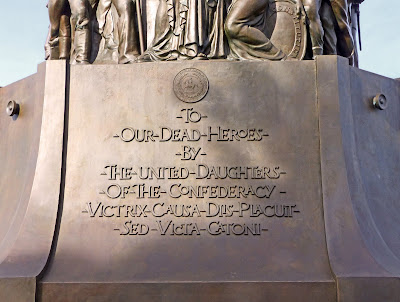 A frieze below the statue depicts a mix of allegory and genre scenes. On the south face we find an image of Minerva the goddess of War and Wisdom helping to support a swooning woman who represents the fallen South leaning on the Constitution. 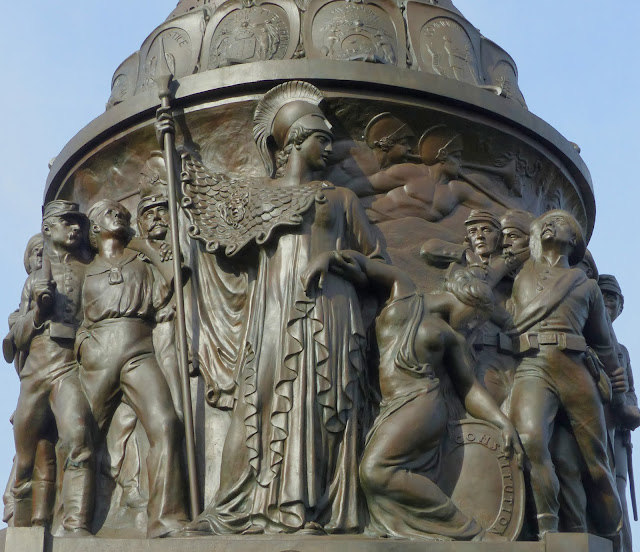 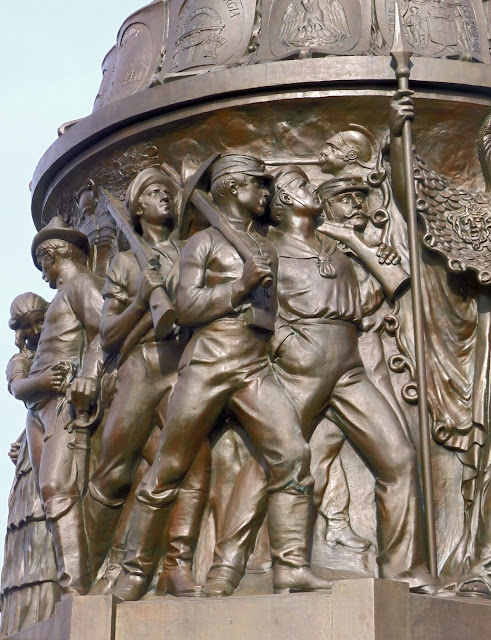 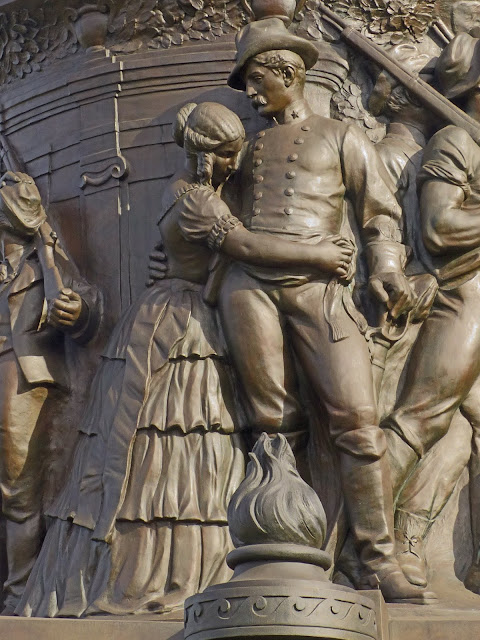 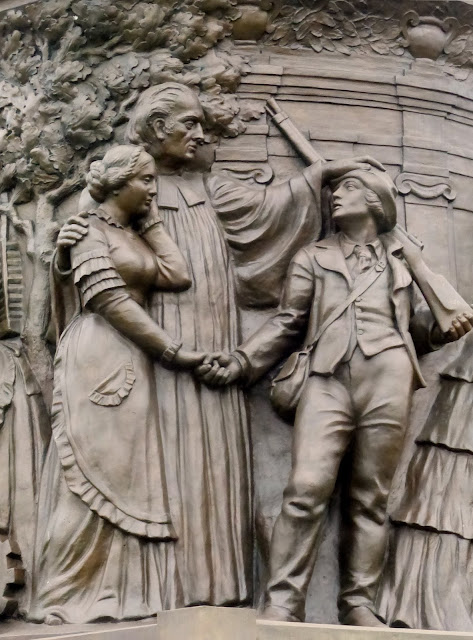 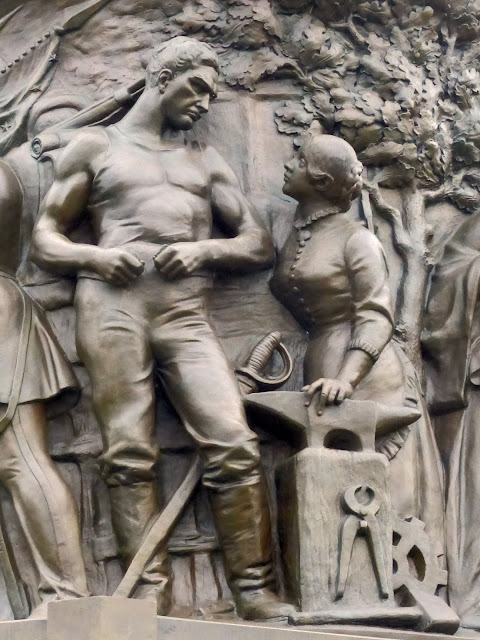 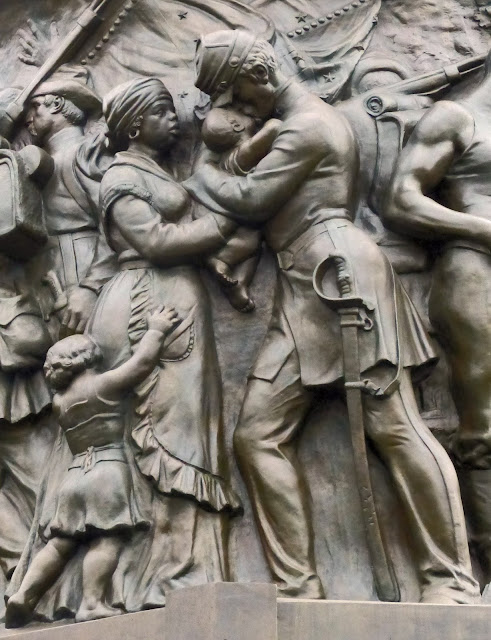 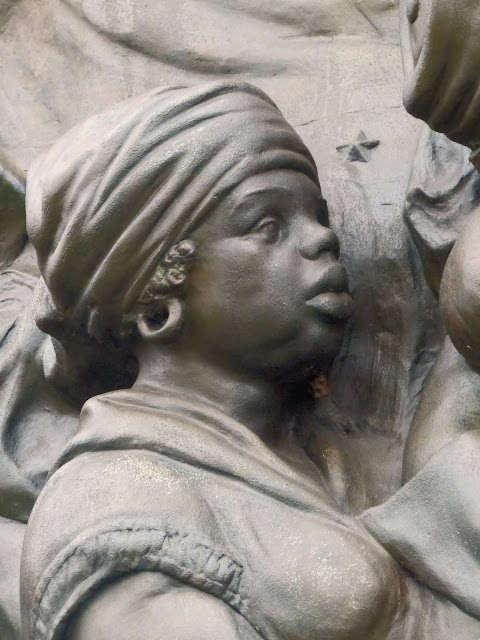 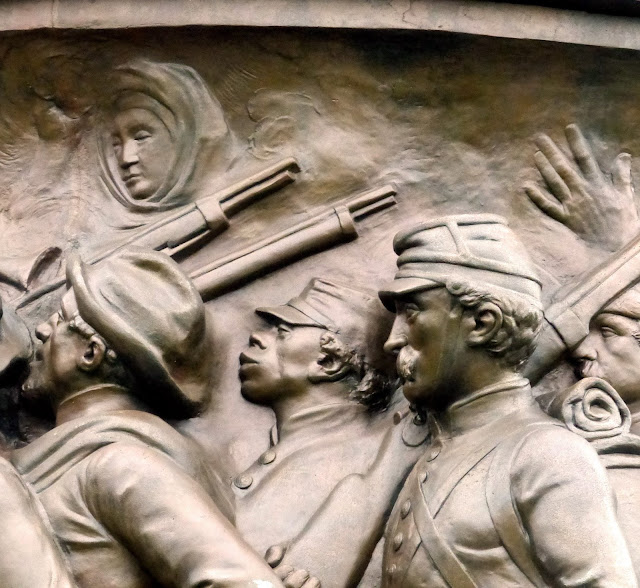 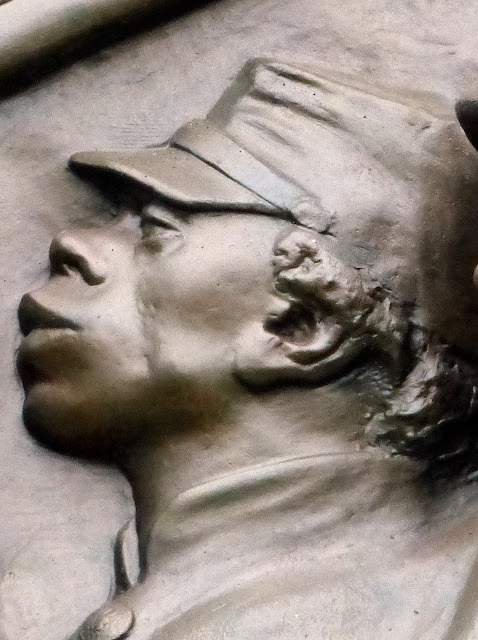 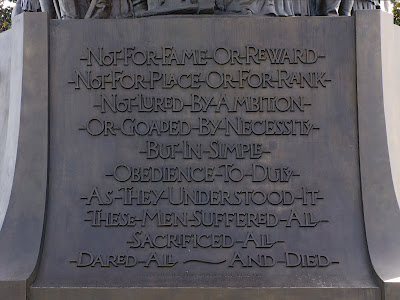 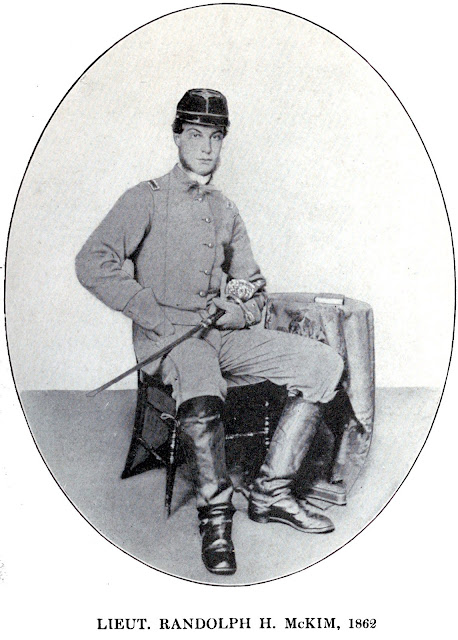 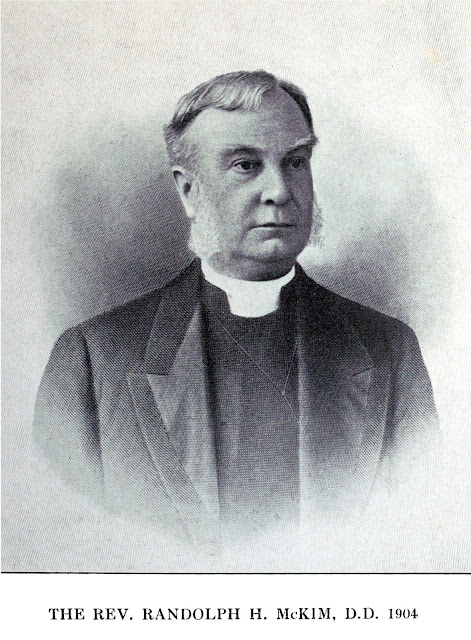 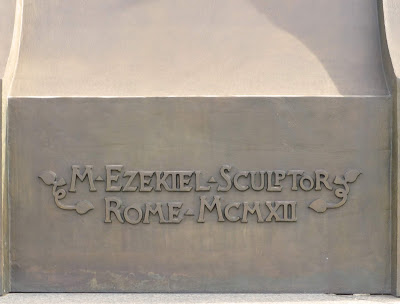 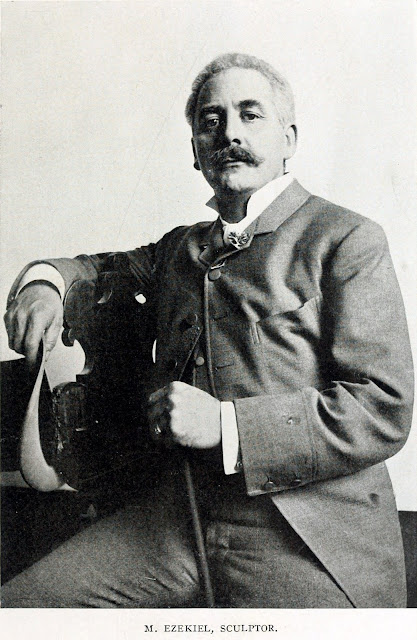 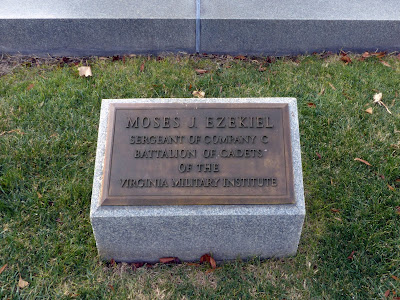 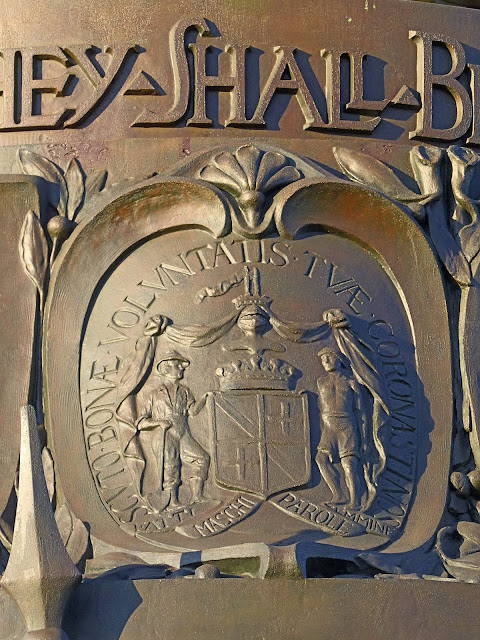