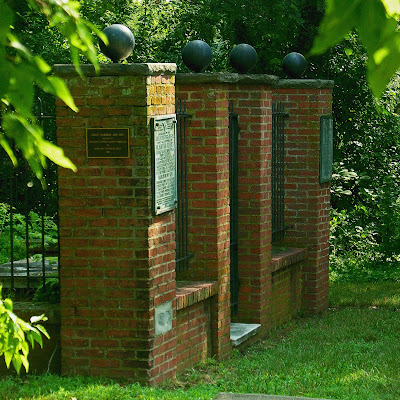 Dr. William Beanes was an important if small player in the pageant of the Star-Spangled Banner. 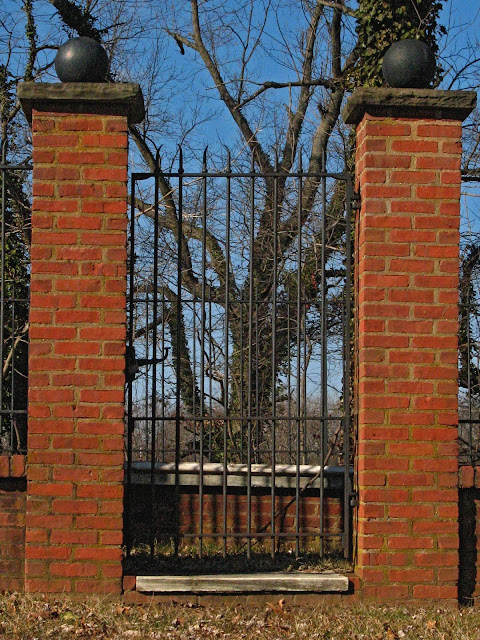 Along Rt. 4 -- the country extension of Pennsylvania Avenue -- travelling east, just before crossing the Western Branch, we find this historical marker. It succinctly tells the story of Beanes, Key, and the Star-Spangled Banner. 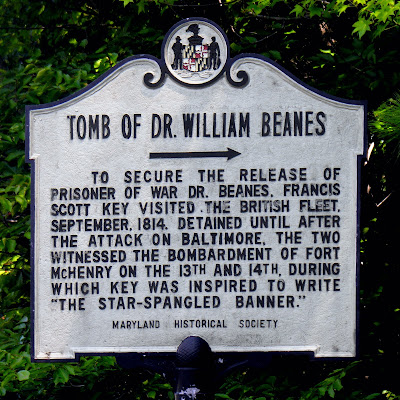 To secure the release of prisoner of war Dr. Beanes, Francis Scott Key visited the British Fleet, September, 1814. Detained until after the attack on Baltimore, the two witnessed the bombardment of Fort McHenry on the 13th and 14th, during which Key was inspired to write "The Star-Spangled Banner."

It is nearly, or perhaps actually, impossible to read this marker at the expected minimum speed on Rt. 4. The arrow points north, although Beanes' grave is south of here. You need to turn right and clover-leaf over to the town of Upper Marlboro. 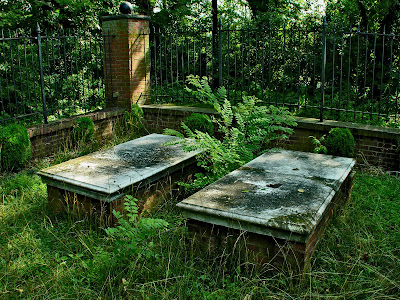 Dr. Beanes was born in 1749. He was on the Prince Georges committee to implement the Declaration and Resolves of the First Continental Congress.  He served at the General Hospital in Philadelphia during the Revolution. He founded the Maryland Medical and Chirugical Faculty in 1799. But he became historically interesting enough to warrant a roadside marker in August 1814. British Major General Robert Ross stayed at Beanes' Upper Marlboro house on the way to Bladensburg and the burning of Washington. General Ross and Admiral Cockburn conferred at Beanes' and resolved to go ahead and capture Washington. Beanes treated Ross and Cockburn with great courtesy and hospitality.

The site of Beanes' house is occupied by the old Marlboro High School building, now the sheriff's office.  The spot is sometimes called academy hill. 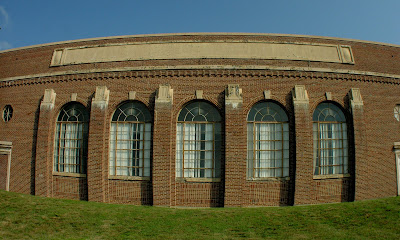 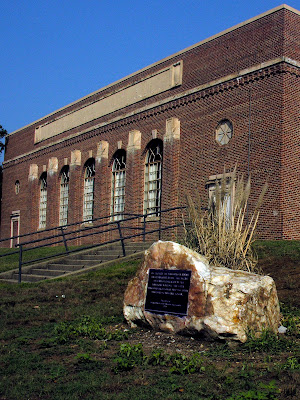 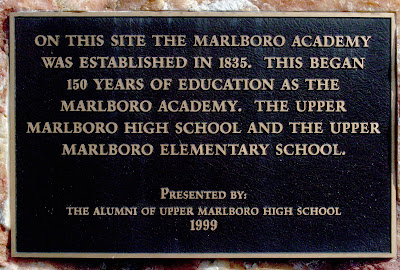 Beanes' house may have been where the un-occupied old superintendent's house is today. 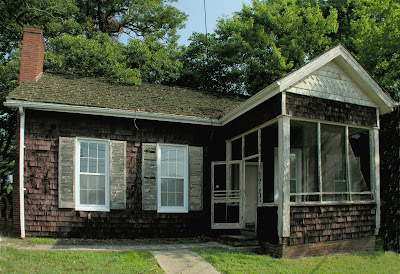 The Star-Spangled Banner
As Ross was leaving Washington in flames,  Beanes and two friends were having dinner when they decided to round up and jail some straggling, drunken and marauding British troops who were harassing the citizens of Upper Marlboro. Ross got word of this and considered it treacherous on Beanes' part. Beanes was woken up on the night of August 26th and carried off by the retreating British troops.  As Caleb Magruder, Jr. describes it:

He was forced to arise from his bed in the early hours of morning at the point of a revolver and compelled to ride horseback to Benedict, the place of embarkation, some thirty-five miles away.

One of Dr. Beanes' patients, William West, owner of Woodyard where the British army had camped on the way to Washington, contacted their mutual friend, a Georgetown lawyer named Francis Scott Key.  Key got government sanction to approach the British fleet under a flag of truce. Along with prisoner-of-war exchange agent John S. Skinner, he boarded Admiral Cochrane's flagship, the Tonnant. Skinner had recently become "Maryland's Paul Revere" by riding 90 miles in one night to warn Madison that the British were coming to Washington. Key and Skinner managed to Convince Ross and Cochrane to release Beanes by producing notes from British officers telling of Beanes' kind treatment of British soldiers. But the British would not let Key, Beanes or Skinner leave before the contemplated attack on Baltimore was complete. So Key was on the deck of the American flag-of-truce ship, President, with the British fleet while the battle of Baltimore transpired. This diorama at nearby Darnall's Chance shows Key, Beanes, and Skinner watching the bombardment of Fort McHenry. The top-hatted gray-haired man in the middle is Beanes. 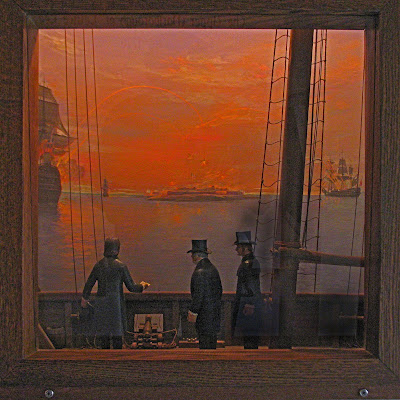 By the time the bombardment stopped on September 14th, Ross had been killed and the infantry assault on Baltimore turned back at Rogers Bastion. With the dawn, Key was so moved by the sight of the huge garrison flag still flying over Ft. McHenry that he was inspired to write the poem that became the song that became our national anthem.  After his release, Dr. Beanes returned to his Upper Marlboro home. "July 15, 1822, Mrs. Beanes passed away, and on October 12, 1828, Dr. Beanes died a childless old man at the mellow age of eighty years, and their remains now rest in what was the garden of their house." -- C. C. Magruder.
There are only two graves in the Beanes' cemetery, William and Sarah Beanes. 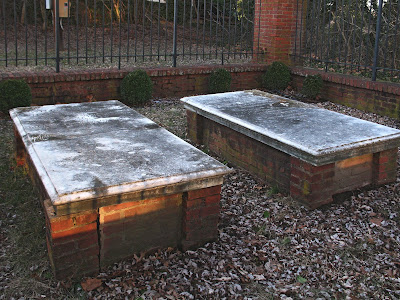 Each of their epitaphs refers to the other.

By the time of the 1914 centennial celebration, the Beanes' graveyard was rundown and the tombstones broken. A large sassafras tree was undermining the foundations. 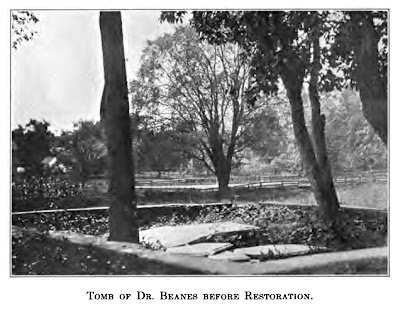 As part of the centennial celebration, the Star-Spangled Banner Society of Prince Georges refurbished the cemetery with funds solicited from public school students and others. When a restoration ceremony was held on Sept. 3, 1914, the site looked pretty much as it does today, surrounded by wrought-iron railings supported by tall brick pillars with cannonballs on top carrying large bronze plaques, one placed by the Star-Spangled Banner Society and the other by the Maryland Medical and Chirugical Faculty. 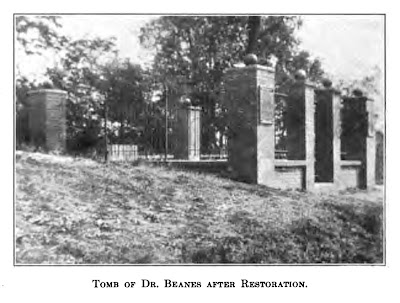 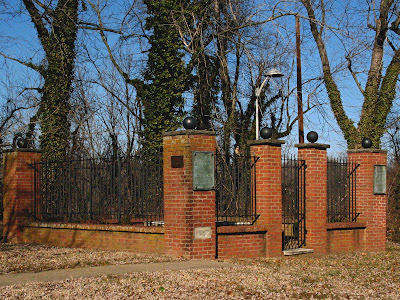 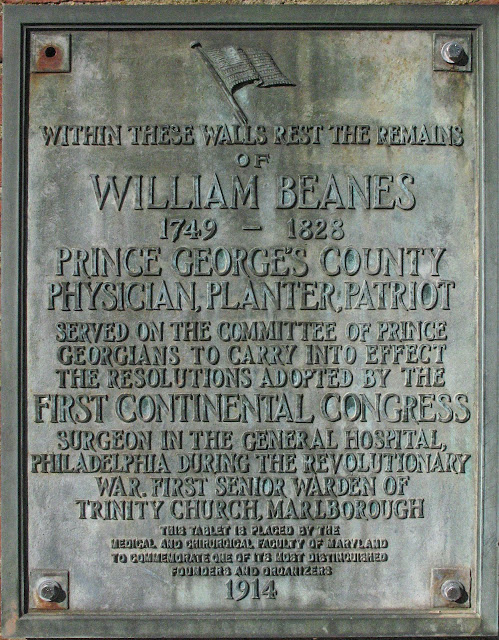 Within these walls rest the remains of William Beanes, 1749 - 1828, Prince George's County physician, planter, patriot. Served on the Committee of Prince Georgians to carry into effect the resolutions adopted by the First Continental Congress. Surgeon in the General Hospital, Philadelphia during the Revolutionary War. First Senior Warden of Trinity Church, Marlborough.
This tablet is placed by the Medical and Chirurgical Faculty of Maryland to commemorate one of its most distinguished founders and organizers. 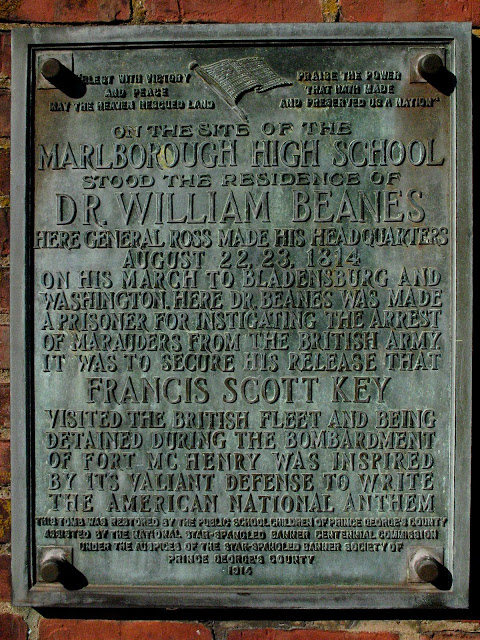 On the site of the Marlborough High School stood the residence of Dr. William Beanes. Here General Ross made his headquarters August 22, 23, 1814, on his march to Bladensburg and Washington. Here Dr. Beanes was made a prisoner for instigating the arrest of marauders from the British Army. It was to secure his release that Francis Scott Key visited the British fleet and being detained during the bombardment of Fort McHenry was inspired by its valiant defense to write the American National Anthem.
This tomb was restored by the public school children of Prince George's County assisted by the National Star-Spangled Banner Centennial Commission under the auspices of the Star-Spangled Banner Society of Prince George's County -- 1914

Another plaque says that the cemetery was restored again in 1985. 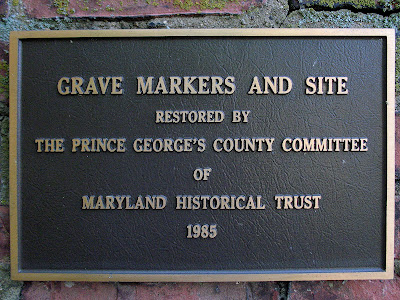 In 1971, the Marlborough Towne chapter of the DAR placed this plaque at the site commemorating Beanes' service in the Revolution. 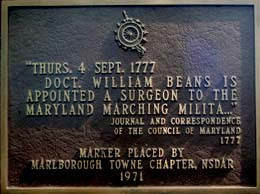 But it's not there anymore. Perhaps it was removed because of the engraving error which resulted in Dr. Beanes name being misspelled "Beans." I suspect it may belong in the open spot visible on the pilaster on the south-west corner. 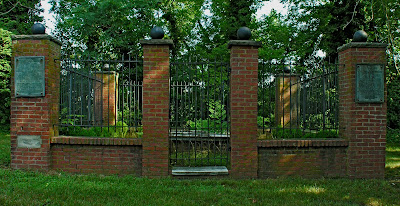