The Tree of Hippocrates

A Cloned Plane Tree at the National Library of Medicine 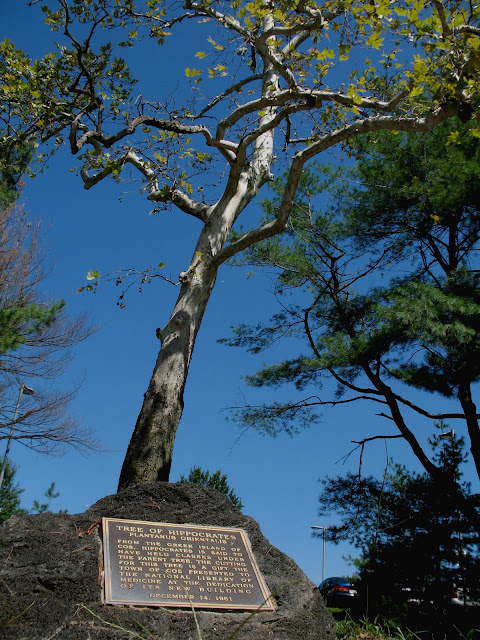 This small oriental plane tree, on the north side of Center Drive across from the National Library of Medicine on the campus of the National Institutes of Health, is reportedly a cutting from the tree under which Hippocrates taught. A foamy pumice rock with a plaque marks the significance of this tree. 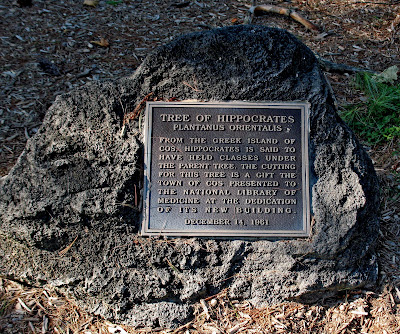 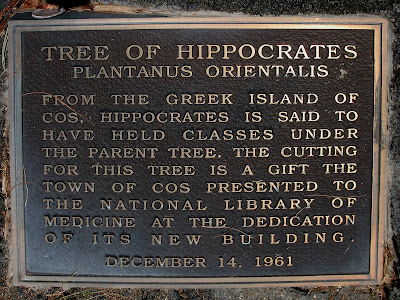 From the Greek Island of Cos, Hippocrates is said to have held classes under the parent tree. The cutting for this tree is a gift the town of COS presented to the National Library of Medicine at the dedication of its new building.

The parent tree in the Platía Platanou on the Dodecanese island of Cos is said to be 2400 years old but the current tree is estimated to be only 500 years old. It is likely that the old tree is a decendent of the tree that shaded Hippocrates. 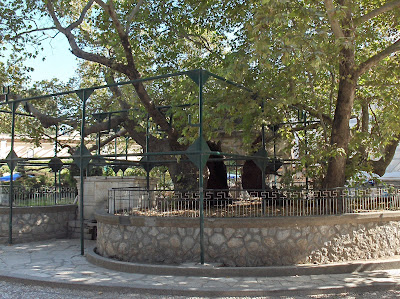 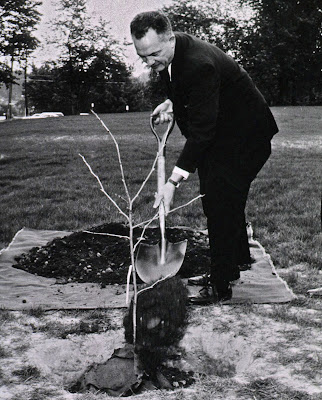 The new library building sporting a hyperbolic parabaloid for a hat looked like this in 1962. 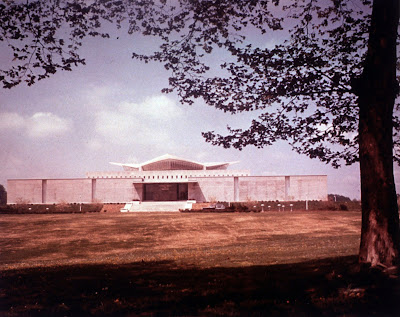 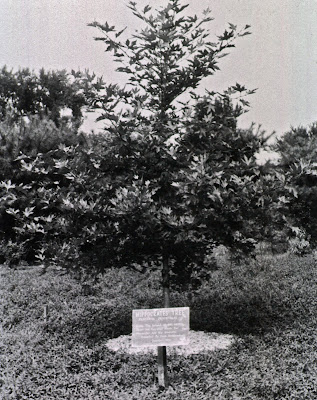 Hippocrates Tree
Plantanus orientalis
From the island of Cos, Greece
[unknown] tree furnished shade for Hippocrates and his students.
Presented by Greek ambassador December, 1961.

Lest it be thought that the Federal bureaucrats have no sense of humor,  a lab-coated man of science examines the tree with a stethoscope in this 70's photo. 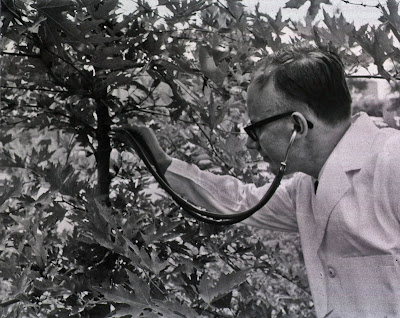 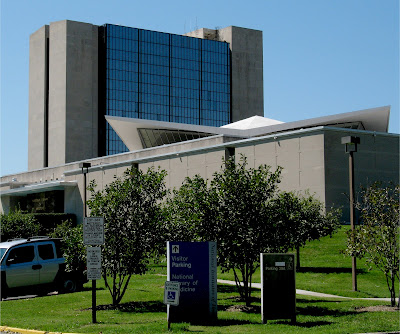 If you look carefully, you can pick out the Tree of Hippocrates in this photo across the NLM roof from window of Room 9N-909 on the 9th floor of of the Lister Hill Building -- my office. That's the Naval Hospital in the distance. 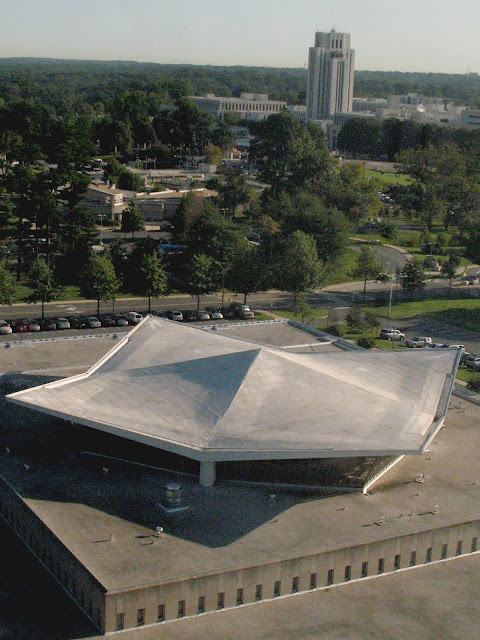 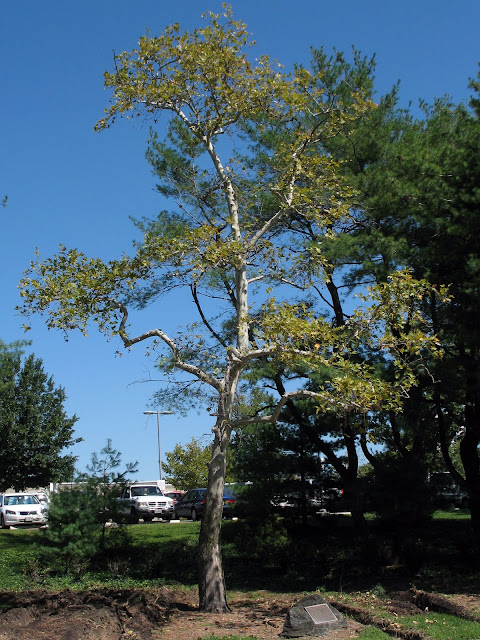 Hippocrates is considered the father of rational medicine based on experience rather than prayer or tradition. He might wonder what properties we think are transmitted in the genes of this plane tree that somehow link it to an ancient Greek physician.
Posted by Allen Browne at 7:03 AM