The Birthplace of American Methodism 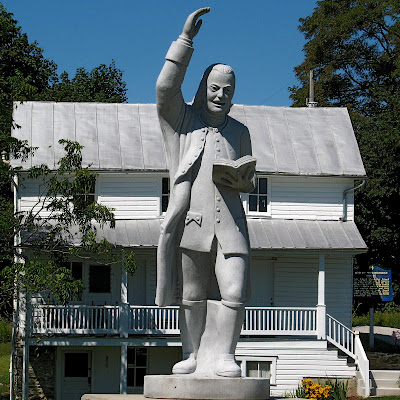 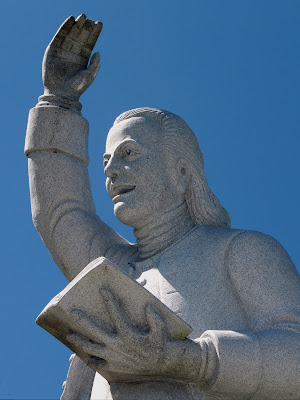 This 1938 Maryland highway marker on the nearby corner of Wakefield Valley Road and New Winsor Road (MD 31) explains who Robert Strawbridge was: 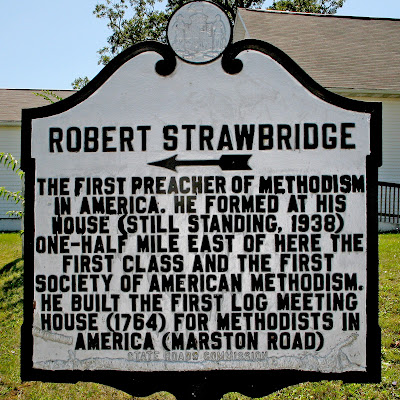 The first preacher of Methodism in America. He formed at his house (still standing, 1938) one-half mile east of here the first class and the first Society of American Methodism. He built the first log meeting house (1764) for Methodists in America (Marston Road) 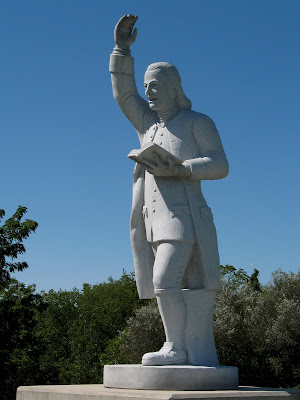 A statue of Elizabeth Piper Strawbridge was added in 2007. 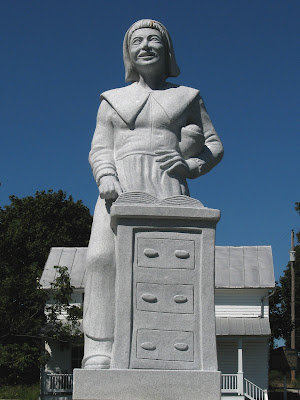 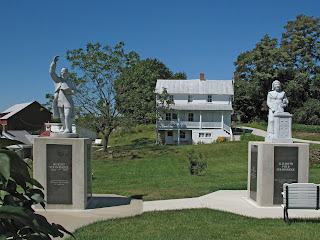 The Strawbridge house is said to date from the 1760's when the Strawbridges immigrated here from Ireland. It is of log construction with clapboard siding added. He reportedly located his home outside of town to reflect the simplicity of the Methodism he preached. 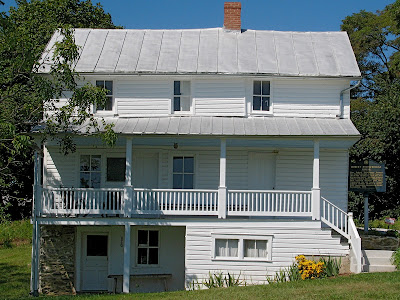 This 1924 marker calls this site the "Birthplace of American Methodism" and elaborates on the story of Strawbrige's preaching. 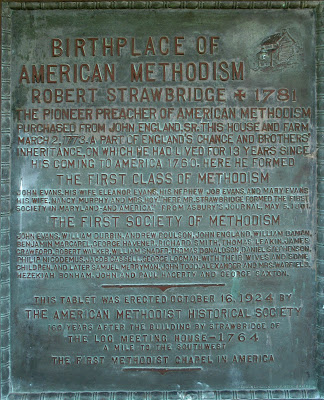 A blue marker placed by the UMC Commision on Archives and History in 1974 indicates that the property was acqured by the Strawbridge Shrine Association in 1973. 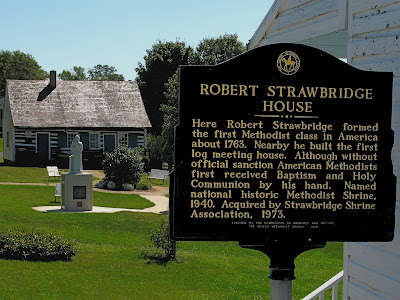 The log meeting house that was on Marston Road was reproduced here in 1982. The shrine pamphlet says:


Visitors to the meetinghouse, constructed in 1982 using logs from the colonial era, can imagine what it may have been like to worship in the first American Methodist Church. They will sit on vintage benches from the 1821 Bethel Church, the successor to the Log Meeting House, and hear a speaker from the pulpit fashioned after the one Strawbridge likely fabricated himself and used at the Evans House. The rustic chapel is available for weddings other religious services. 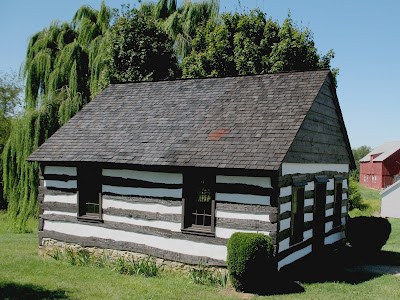 The 18th century John Evans house was moved from the Yohn Farm in 1979. 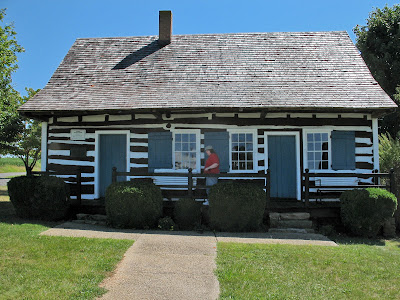 The pamphlet says that:


[John Evans,] [t]he first Methodist convert in America built his log home circa 1764. Strawbridge's first class started meeting in the large room on the right side of the house by 1768, and the group continued to assemble here for some 40 years.

The inside of the Evans house is furnished appropriately to reflect the cramped quarters of the 18th century. 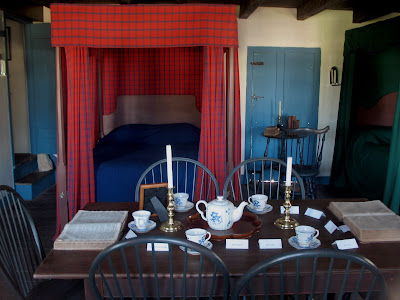 Several farm outbuildings like this red barn also remain at this site. 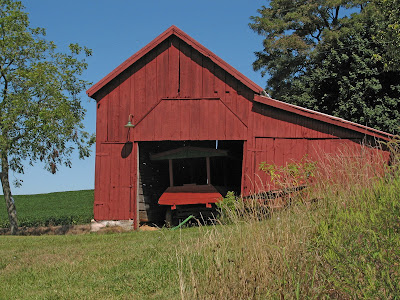 This elaborate shrine complex and especially the elaborate statuary seems out of keeping with the simple faith espoused by Robert Strawbridge.
Posted by Allen Browne at 6:51 AM