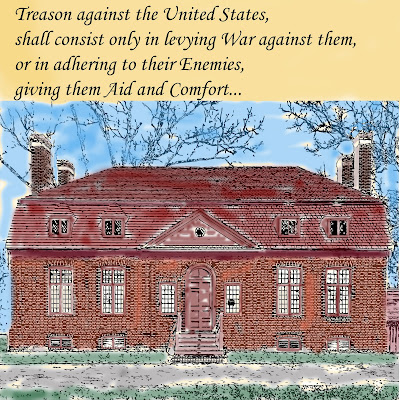 John Hodges was indicted for treason in 1814.

John Hodges' story is the complement of his neighbor Dr. William Beanes' story. Beanes was captured by the British in August 1814 when he and others rounded up and jailed British stragglers during the retreat of Ross's army from Washington. General Ross threatened that if Hodges didn't release -- perhaps the same -- jailed stragglers, the town of Upper Marlboro would be burned and the women and children of the town held hostage. Hodges, a lawyer and prosperous merchant, used his good offices to have the British prisoners released, thus saving the town. He was charged with treason and tried in May of 1815. William Pinkney, Madison's Attorney General, who as a Major in the U.S. Army had been wounded at the Battle of Bladensburg, defended Hodges. In an oft reprinted speech, Pinkney argued that, while Hodges had done exactly what he was accused of doing, treason required wicked intent, and that Hodges acted not out of wicked intent but out of good intent to save the town. Hodges was acquitted.

In 1814, John Hodges lived in this 18th century house at 14800 Governor Oden Bowie Drive in Upper Marlboro on the edge of Schoolhouse pond. 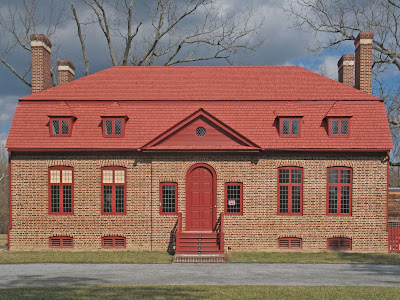 The house was built around 1742 by a Scottish merchant named James Wardrop on land purchased from Eleanor Darnall Carroll. The land had been part of Darnall's Chance, patented in 1704 by Henry Darnall.  Col. Henry Darnall was a Catholic early immigrant to Maryland and close ally of the Calverts. As a military man, he lost a battle to the Puritans in the 1689 Protestant Revolution. 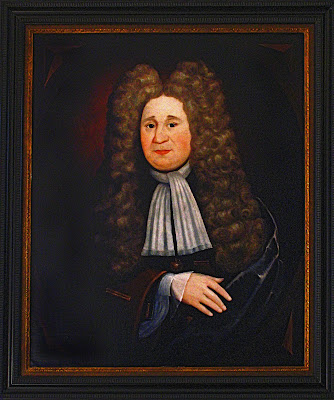 This portrait of Henry Darnall hangs in the main hall of the Darnall's Chance House Museum as the house is now known. 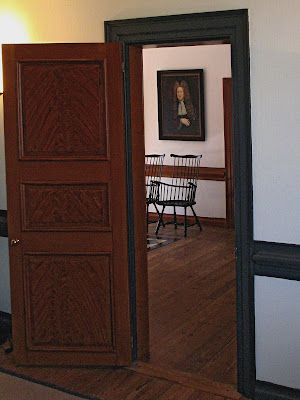 There is speculation that this may be the spot where the illustrious Archbishop John Carroll and his brother Daniel Carroll of Rock Creek were born, especially if the date of the house can be pushed back into the 1730's. 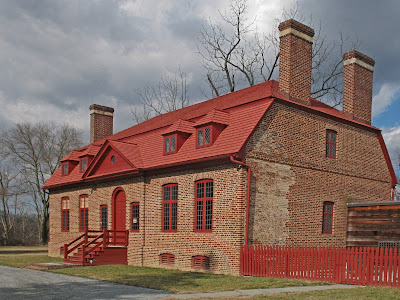 This historical marker was intended to refer to a now-gone wooden house which was long believed to be the birthplace of John Carroll. That house was replaced by the Prince Georges County Courthouse. 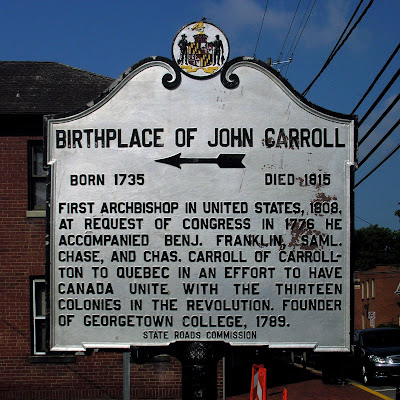 W. C. Dutton, Jr., in the National Register Nomination form argues that "The frame house which stood on the present courthouse property until the 1880's, and which has traditionally been referred to as the birthplace of the Carroll brothers, appears to have been built, on the basis of its style, between 1790 and 1820." This 1976 monument with a bas-relief of John Carroll by Felix W. de Weldon is on the west side of the courthouse lawn. 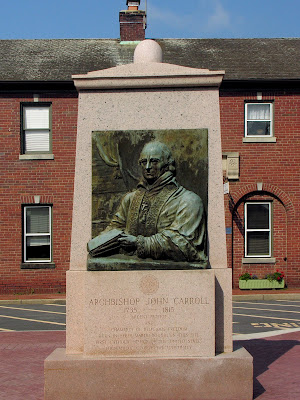 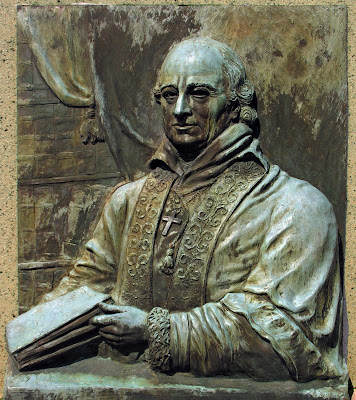 Ardent patriot and champion of religious freedom.
Born in Upper Marlborough on this site.
First Catholic bishop of the United States.
Founder of Georgetown University.

Following Wardrop's death in 1760, Lettice married Dr. Adam Thompson (creator of the "American Method" of smallpox inoculation) and later Col. Joseph Sim (ardent supporter of the American Revolution). She died on April 3, 1776 and willed her children the property, including the family burial vault.

The current house museum interprets the life and times of Lettice Lee Waldrop Thompson Sim. Her portrait is in the front parlor. 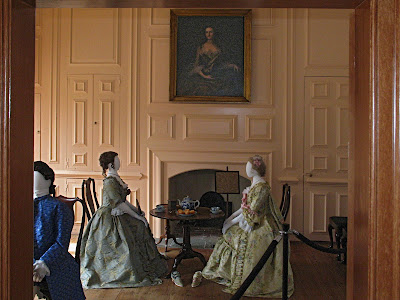 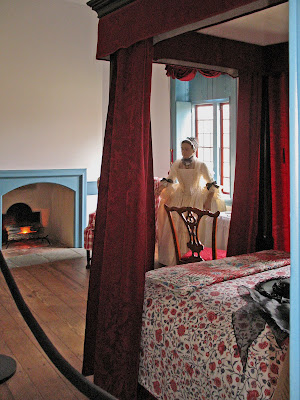 John Hodges owned the house between 1799 and 1825. Between 1855 and 1870, owner Edward Grafton W. Hall made significant alterations. When Harry Buck, the last private owner, died it looked like this: 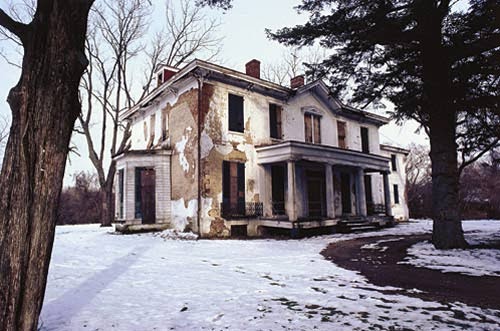 Buck house was renamed "Darnall's Chance" when it became a Prince Georges County park. In 1986-8, it was restored to its 18th century Georgian appearance with a hipped Gambrel roof. 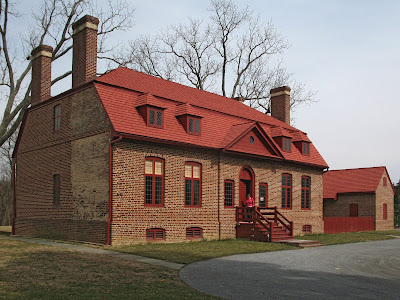 Darnall's Chance is on the NPS Network to Freedom because this house under several of its owners was run by enslaved African Americans. "John Hodges ... placed two runaway slave advertisements for a man named William and his wife Nancy who ran away from Darnall's Chance in 1820." 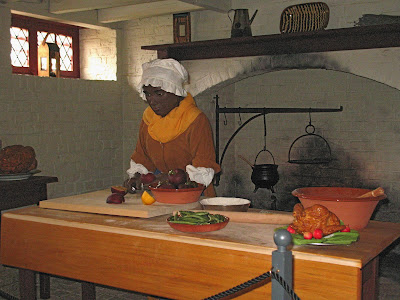 The symmetrical Georgian front of the house is portrayed on the door mat of the Darnall's Chance House Museum and in my pseudo-watercolor: 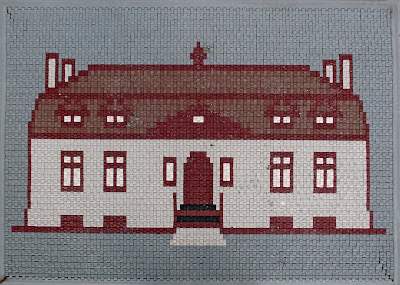 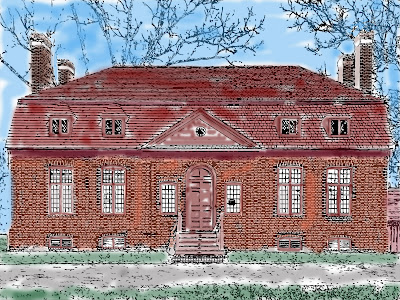