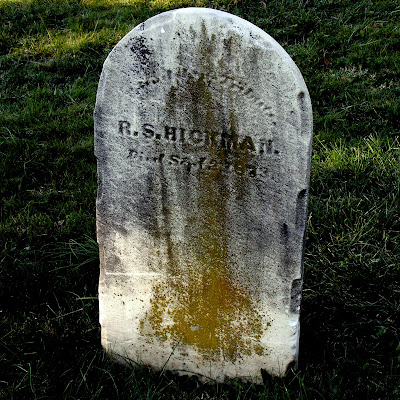 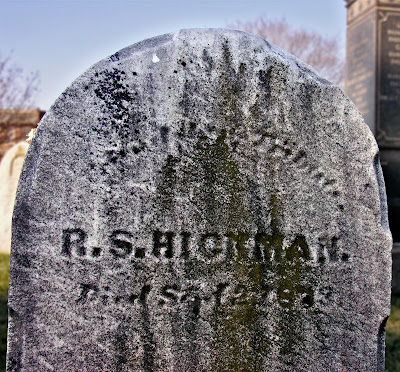 
So I see Beau Hickman* has died of a stroke of paralysis -- in the paper this morning I see a piece about his body being resurrected from Potter's field.

The footnote by editor Fernando Alegría describes Hickman this way:

* "Beau" Hickman was a familiar character in Washington, a decayed dandy, who made periodical visits through the Capitol and the Departments, picking up a living from the contributions of Congressmen and Government officials, many of whom were his regular patrons.

Benjamin Perley Poore in "Perley's Reminisences of Washington" gives us this portrait of Hickman:

"Beau" Hickman, as he called himself, made his appearance at Washington toward the close of the Tyler Administration. He was of middle size, with long hair, and an inoffensive, cadaverous coun­tenance. It was his boast that he was born among the slashes of Hanover County, Virginia, and he was to be seen lounging about the hotels, fashionably, yet shab­bily, dressed, generally wearing soiled white kid gloves and a white cravat. It was considered the proper thing to introduce strangers to the Beau, who thereupon unblushingly demanded his initiation fee, and his impu­dence sometimes secured him a generous sum. He was always ready to pilot his victims to gambling ­houses and other questionable resorts, and for a quarter of a century he lived on the blackmail thus levied upon strangers.

Hickman became a subject of Washington folklore, the star of a cycle of anecdotes recorded by James Samuel Trout in a cheap 1879 pamphlet called "The Life and Anecdotes of Beau Hickman, Prince of the Bummers." According to Trout, Robert S. Hickman was born in 1813 "of respectable parentage" in Virginia. He arrived in Washington in 1833 or 34 when he was 20 or 21 and soon squandered what fortune he had inherited through sporting and high living. 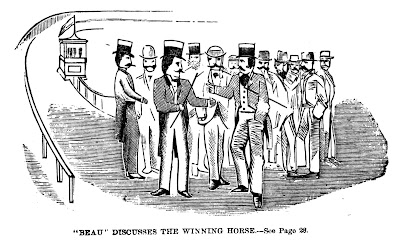 One anecdote told of Hickman to explain why he was a lifelong bachelor was that he once courted and was almost engaged to a beautiful southern belle who lived in Washington, then still a small rural city. He often contrived to take his evening walks past the window of his "Fair Lady" in order to make a gallant gesture toward her. One evening as he was displaying a deep gentlemanly bow, a billy goat "made a dart from the rear and struck poor Beau in his profundity with such force that he was sent bounding to the front in the most comical gyrations, and finally landed in the acrobatic pose of standing upon his head in his superb white beaver hat." This indignity cause him to "abandon every thought of amorous sentimentality." 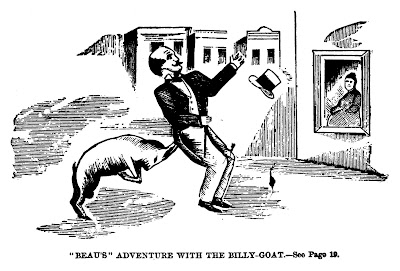 Another popular story concerned Beau's method of obtaining a meal. He once walked into a hotel and asked the clerk "Can a gentleman get a meal for his money, here?" When the clerk answered in the affirmative, Beau went into the restaurant and ordered an excellent meal. When asked to pay for it, Beau showed a ridiculously small sum and recounted that the clerk had said the he could get a meal for his money and this was all the money he had. 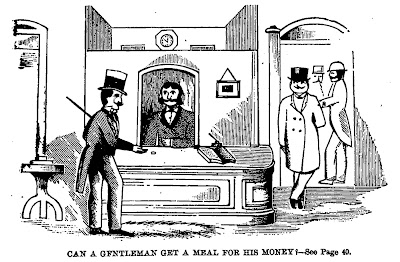 ﻿
While Beau was arguing with the clerk the manager came up and upon hearing the story offered Beau $50 to play the same trick on a rival hotelier across the street. Beau confessed that he couldn't eat another meal that night but agreed to do it the next day. When he played the trick again the next evening the rival manager offered him $100 to play the trick on the original hotelier. "'Oh, what a mistake I have made!' said our friend Hickman. 'Why did I not come here first? He only gave me $50 for playing it on you.'" (See also Waifs of the Press, by Harry Work, 1898.)

The following story appeared in Harper's Magazine in March 1868:

Is there a gentleman among us who has been in Washington at any time during the last five and twenty years who has not had the honor of an introduction to Beau Hickman? The last time the writer saw the "Beau" he remarked that he was "now taking 25-cent chips" from gentlemen, which was beggarly compared with the golden-ingot era of Webster and Clay. We noticed that he limped a little, and that a hole had been cut in his shoe. We asked the cause, and hoped it was not gout. "Oh no," said Beau; "it's not that. If I were a wealthy gentleman like yourself I might call it gout, but if you wish to know the actual truth, and won't repeat it, I'll tell you. We promised. "Well," replied the Beau, "my private opinion is that it's whiskey on the hoof!"

As Whitman noted, when Beau Hickman died on Sept. 2, 1873, he was the victim of grave robbers. He was originally buried in an unmarked grave. Like many of the poor in 19th century Washington, his body was dug up by "resurrection men," grave robbers who sold bodies to medical schools for dissection.  In this case, the resurrection men were part of a ring run out of the Surgeon General's office by a man named George Christian. Susanne Schultz describes the process:

George Christian, a government clerk employed in the Surgeon General's Office in Washington, D.C., ran a little grave robbing and shipping business on the side. He and four others (Percy Brown, Maude Brown, Margaret Harrison, and "Workhouse" Kate) maintained a small shack which served as a holding room for shrouds, clothing, and other items secured from graveyards. The bodies were injected and packed in whiskey barrels, rolled to the Army Medical Museum, and shipped from there. Christian personally oversaw the shipment at the museum, for each body brought between $40 and $100 depending upon the demand.

George Christian's somewhat expurgated diary was published in the Washington Evening Star. The entry for Sept. 2, 1873, reads like this:

Beau Hickman's Body
Sept. 2 - Dr. "-----" and I went out prospecting this evening, and succeeded in getting (characters in cipher, referring evidently to the body of Beau Hickman). It was a lovely moonlight night and everything went off smoothly.

Other tellers of this story claim that several of Beau's drinking buddies interrupted the grave robbers at their work, recovered his body and had him interred in a more dignified grave at Congressional Cemetery. The headstone perhaps standing over the Hickmans body can be found at site R88/125 in Congressional Cemetery not far from 17th street Southeast. 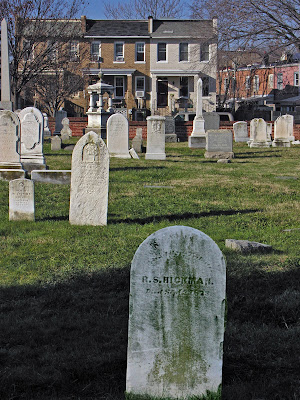 Trout ends his pamphlet with this poem he says was contributed by a friend to a Capital newspaper:

"Beau Hickman had no friends, but he died without enemies."
- Evening Star.

His quarters for jesting hereafter
Will be pitched in the land of no mirth,
The jester who moved us to laughter
At a quarter a piece upon earth.

But he'll shamble around and not mind it,
In spite of his bunions and cramps;
Quaint business I reckon he'll find it,
While dunning the angels for stamps.

He will pun on the key of St. Peter,
And the trumpet of Gabr'el he'll toot,
And bore them in rhyme or in meter,
And charge them a quarter to boot.

That is, if they charge him for lodging;
But there they ne'er dicker or trade,
So Beau will be done with his dodging,
Since the debt he owed nature is paid.

And his face that was tanned into leather.
I suspect will its freshness regain,
For the airs of that beautiful weather
Will woo away wrinkles and pain.

I have heard that Beau was dishonest --
A statement I scorn to believe,
For he paid every cent, if he promised,
Doing neither he did not deceive.

He professed to subsist without labor --
A wag and dead-beat it is true;
But they say he ne'er slandered his neighbor,
Which is more than his neighbor can do.

Of his faults I have mentioned a sample --
They were many and barren of love;
But the good I have written is ample
To secure him a corner above.

And I bid him good night without feeling --
Poor Beau! with a vagueness of tears;
So stopped have the wheels of his being,
And the weights have run down with his years.

The End
Posted by Allen Browne at 7:10 AM