The Bernard Baruch Bench of Inspiration 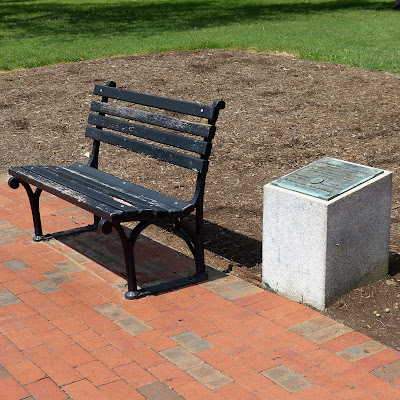 
Bernard "Barney" Baruch, successful financier and advisor to Presidents Wilson and Roosevelt, preferred to meet those Presidents and other important people in the park across the street from the White House. He came to be known as the "the Park Bench Statesman." This 1944 photo, screen-scraped from Life, shows Baruch on his bench in Lafayette Park. 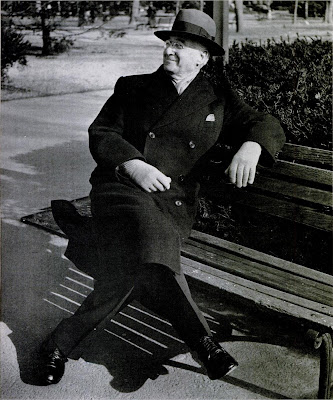 
To the nation Bernard Baruch was the "Park Bench Statesman." But to official Washington during those years of the Second World War, he was "the tall old trouble shooter." There in Lafayette Square he sat, spring and autumn alike, bundled in a heavy overcoat. His bench, to which mail was duly addressed and delivered, was just off dead center of the Park, near the rear end of the equestrian statue of Andrew Jackson. It was four feet six inches long, just big enough to accommodate Baruch and one average-sized Cabinet officer. Hard candy sometimes rattled in his pockets, but it was for himself, not for the pigeons or squirrels.

Conspiracy-minded anti-semitic jounalist Douglas Reed described Baruch's "park-benchmanship" as "an obvious precaution against being taped." William Safire remarked that, at a more recent point in time, the bench had "been used by at least one Washington pundit as an unbugged, publicly private place to meet and interview White House aides." According to the Washington Post, the Baruch Bench was indeed bugged in November of 1947. Wires were found running from the bench to the nearby Park Police Lodge on H Street. Various police agencies denied any knowledge of the wires which weren't in place for more than a day or so. The Post speculated that the "most likely explanation is that the wires were associated with an experiment to gain information on sexual perversion in the park, for it is known to police as one of the most-frequented areas in the city at night for persons with abnormal sex interests." 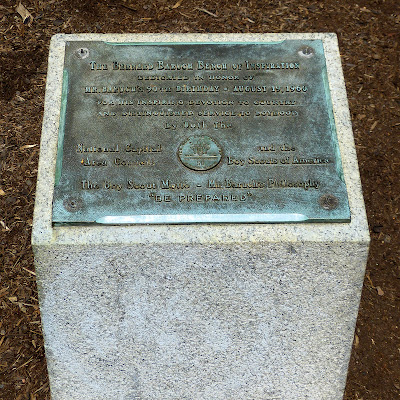 In August of 1960, the Boy Scouts erected a square granite "boulder" with a bronze plaque denominating the bench "The Bernard Baruch Bench of Inspiration." 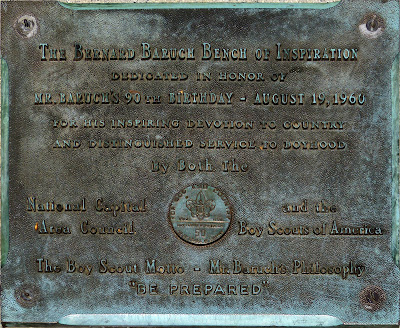 The Bernard Baruch Bench of Inspiration
Dedicated in honor of
Mr. Baruch's 90th Birthday -- August 1960
For his inspiring devotion to country
and distinguished service to boyhood
by both the
National Capitol Area Council
and the Boy Scouts of America
The Boy Scout Motto -- Mr. Baruch's Philosophy
"Be Prepared" 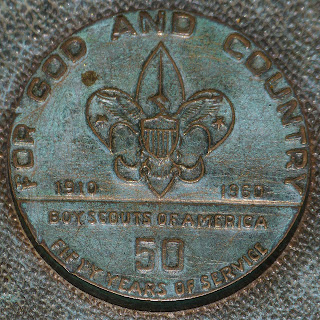 The Boy Scouts planned to have Baruch and three boys -- a Cub Scout, a Boy Scout and an Explorer Scout -- ceremonially sit on the bench at noon on August 16, 1960, three days before Baruch's 90th birthday. President Eisenhower was invited to unveil the plaque. An AP article notes that "When told of the ceremonies planned, Baruch said he hoped 'the young people, who are the future of our country' might receive inspiration from sitting on this bench in the future, as he had over the years." Baruch was tired from a recent trip to Europe and was unable to attend but he sent a tape-recorded message. Winston Churchill wrote that "It is fitting that this bench on which he has so often meditated and talked should now be dedicated to him" and District Commissioner Robert E. McLaughlin proclaimed the 16th "Bernard Baruch Day" in DC.

A somewhat cheeky AP article by Sam Hartz in 1978 notes that:


The Bench of Inspiration isn't the capital's most popular attraction. Few tourists are aware of it or notice the memorial plaque on an adjacent granite base.

When asked during a short time one day, only one of eight who sat there knew the bench's history. Two had heard of Baruch. But it was different on Aug. 16, 1960 --- the elder statesman's 90th birthday.

The illustration accompanying that article shows Georgette Walsh of Arlington and Mike Gilroy of Rockville sitting on the "sylvan seat." 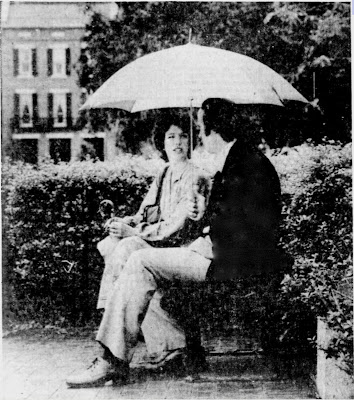 Baruch died four years after this monument was dedicated at the age of 94. Today tourists use the Bench of Inspiration as a place to rest and find their way in the maze of DC historical sites. 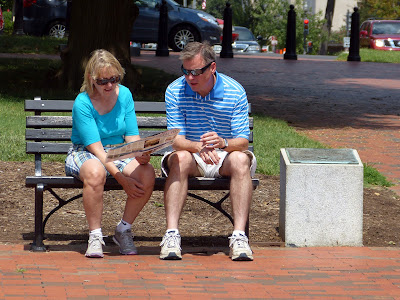 The bench is in the shadow of Andrew Jackson's statue in the center of Lafayette Square. 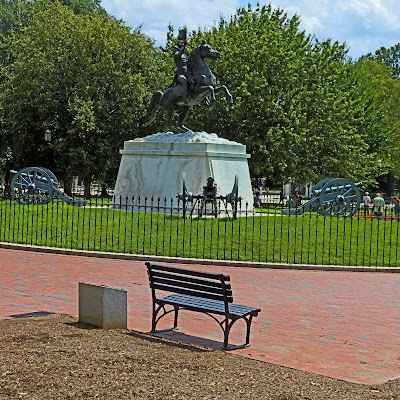 Nearby, General Jackson tips his hat to the pigeons. 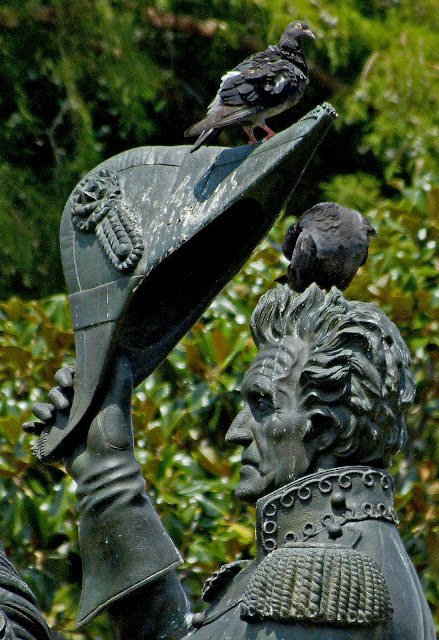 Hartz quotes Baruch on the virtues of park-benchmanship:


In this hectic Age of Distraction, all of us need to pause every now and then in what we are doing to examine where the rush of the world and of our own activities is taking us. Even an hour or two spent in such detached contemplation on a park bench will prove rewarding. The importance of such periodic stocktaking was one of the most valuable lessons I learned from my early experiences.

Hartz continues, "And who's to argue with a man whose investments earned him a million dollars before he was 30?"