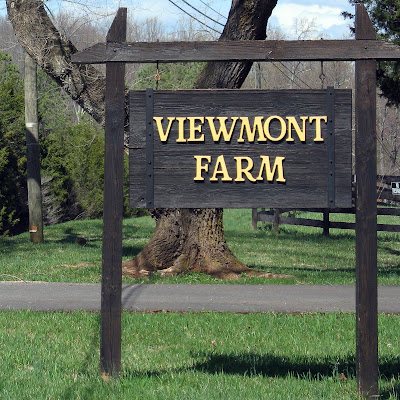 on the Scottsville Road in Albermarle County, Virginia 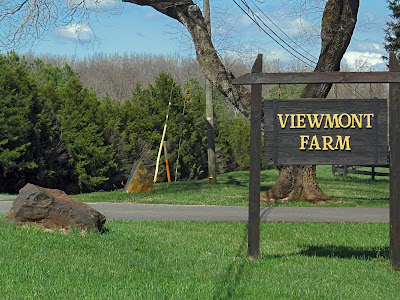 Lottie Moon is more famous today than Joshua Fry though I hadn't heard of her until I found this marker. 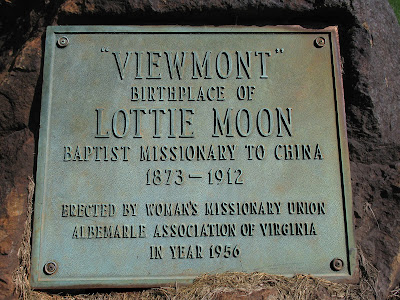 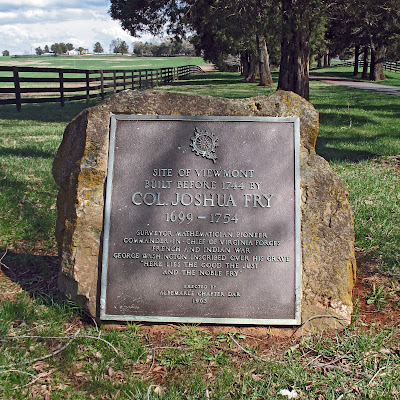 Site of Viewmont
Built before 1744 by
Col. Joshua Fry
1699 - 1754
Surveyor, Mathemetician, Pioneer
Commander in Chief of Virginia Forces
French and Indian War
George Washington inscribed over his grave
"Here Lies The Good, The Just, and the Noble Fry"
Erected by Albemarle Chapter DAR
1963

Edward B. Mathews supplied a short biography of Fry in his article "Maps and Map-Makers of Maryland":


Joshua Fry, born in England during the latter part of the seventeenth century, was in 1728 appointed master of the grammar school at Williamsburg (subsequently William and Mary College), where he was afterwards advanced to the chair of mathematics. The facts concerning his life are so few that Slaughter in his Memoir says: "I know of no other person in our history of like social position, wealth, capacity, character and public services as Col. Fry, about whom there is so little to be found in print, and that little so scattered in infinitesimal items."  Fry was appointed Justice of the Peace and County Surveyor of Albemarle county, Virginia, in 1745, and was soon in intimate association with [Peter] Jefferson, who likewise became a Justice of the Peace and a Deputy County Surveyor. Fry died at Fort Cumberland, Maryland, on his march against Fort Duquesne, May 31, 1754, when his command fell to George Washington, who was at the same time Fry's chief military subordinate and his Deputy Governor.

Joshua Fry built his house here at Viewmont in mid-eighteenth century, perhaps as early as 1737. 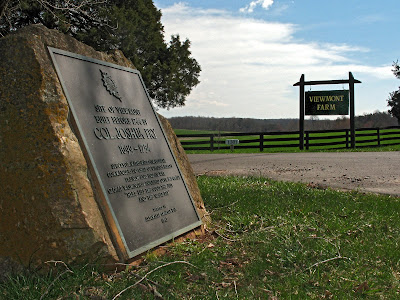 In 1745, along with Peter Jefferson, Thomas' Father, Fry worked on the survey of the Fairfax line. Fry and Jefferson drew "the most important map of the Middle British Colonies published during the second half of the eighteenth century" in 1749. 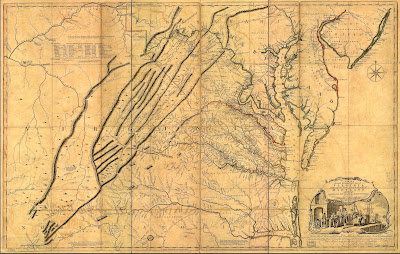 But perhaps Col. Fry's most important historical act was to die and give George Washington his entry onto the world stage. Fry was appointed Colonel of the Virginia forces on the eve of the French and Indian War. He was sent by Governor Dinwiddy to build a fort at what's now Pittsburgh. On May 31, 1754, at Wills Creek, now Cumberland Maryland, he fell from his horse and died. Young Lt. Colonel George Washington took over his command and went on to ambush Joseph Coulon de Jumonville and lose the battle at Ft. Necessity in 1754. Washington had Fry buried under an oak tree on which he had carved this epitaph: "Under this Oak tree lies the good, the noble and just Colonel Fry." Parke Rouse, in a 1990 column in the Hampton Roads Daily Press, asked, "If Fry had lived to defeat the French, would Washington have become 'the Father of his Country'?" and answered, "Who can tell?"

K. Edward Lay in his 2000 book tells the story of the houses that have occupied the site and their owners.

Viewmont may have been constructed by 1737, the year Fry's eldest son, John, was born. In 1786 Governor Edmund Randolph purchased it. The original house burned before 1800 and was rebuilt on the foundation; the new dwelling ... retained the old, massive chimneys. Randolph sold the property in 1798 to William Champe Carter, who in turn sold it in 1803 to Captain John Harris, who at the time of his death in 1832 owned eight large estates and was the wealthiest man in the county. One of his Moon family nephews, who inherited the estate, fathered Charlotte "Lottie" Digges Moon, who became famous as a Baptist missionary to China from 1873 until her death in 1912. The 140-year-old Viewmont, again destroyed by fire in 1939, was a two-story frame double-pile house, with a center passage and massive brick multiple, gable-end chimneys. The interior featured interesting mantels and overmantels and a built-in china press. The third house was built on the site in 1941 by architect Charles Baker and incorporated the original chimney brick in its walls.

This LOC photo shows what the post-1800 house at Viewmont, in which Lottie Moon was born, looked like in 1937 before it burned down in 1939. 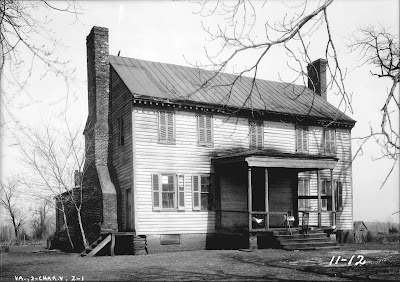 This is as close as I could get to the current farm house built in 1941 by Charles Baker using some of the materials salvaged from the old house. 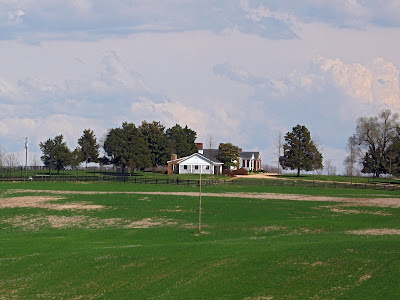 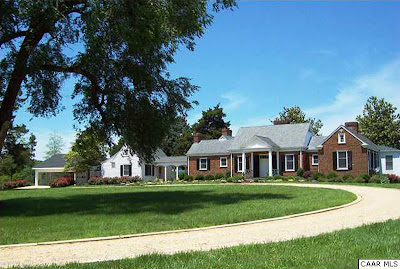 Edward Moon and his wife Anna Maria Barclay Moon inherited Viewmont, a 1300-acre, slave-labor-operated tobacco plantation, in 1832 after the death of Captain Harris. 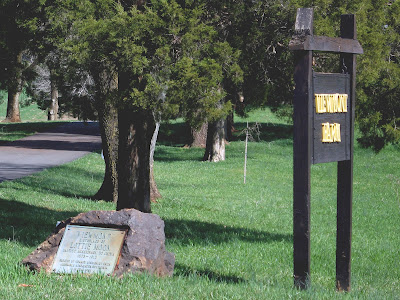 Their daughter Charlotte was born on December 12, 1840. Lottie's father died when she was 13. She attended the Virginia Female Seminary and the Albemarle Female Institute. She is said to have been 4 foot 3 inches tall. In the course of her lifetime, she came to speak seven languages -- Latin, Greek, French, Italian and Spanish, Hebrew and Chinese. She  looks rather young in this Wikipedia picture. 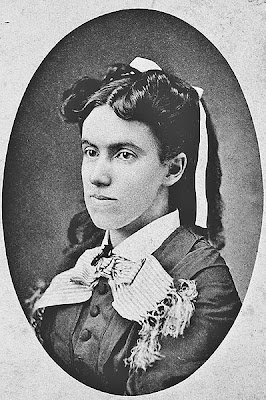 In 1873, at age 33, she followed her younger sister to become a missionary in China. She served in China through the the turmoil that ended the Qing dynasty, the Sino-Japanese war, the Boxer Rebellion and the Nationalist Rebellion. It is said that sharing her supplies with the Chinese caused her to starve herself. She died on a ship in Kobe Harbor in 1912. An annual Christmas offering celebrated in Southern Baptist Churches is named for her and she has a feast day (December 22) on the Episcopal Liturgical calendar. Here she is in a stained glass window at Crewe Baptist Church. 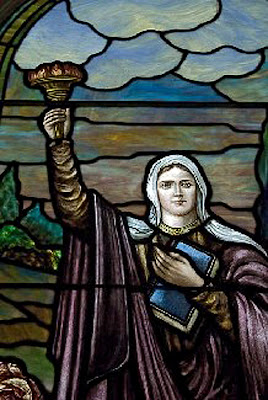 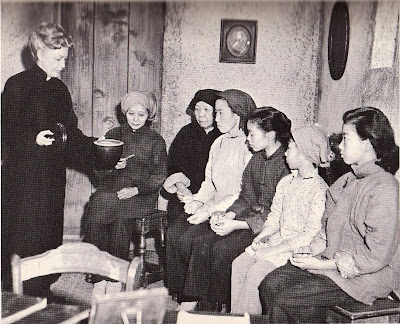 Her recipe for these cookies was published by Claude Rhea in his 1969 Lottie Moon Cookbook. 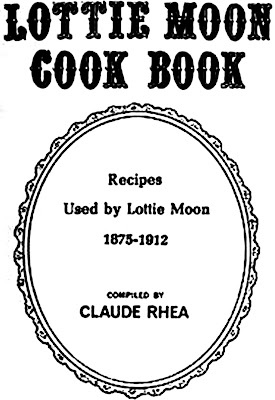 Three teacups of sugar
One teacup of butter
One teacup of sour milk
Four pints flour
Three eggs, well beaten
Half a teaspoon of soda
Flavor to taste, roll thin, bake in a quick oven.