Where Sam Spade Had Dinner 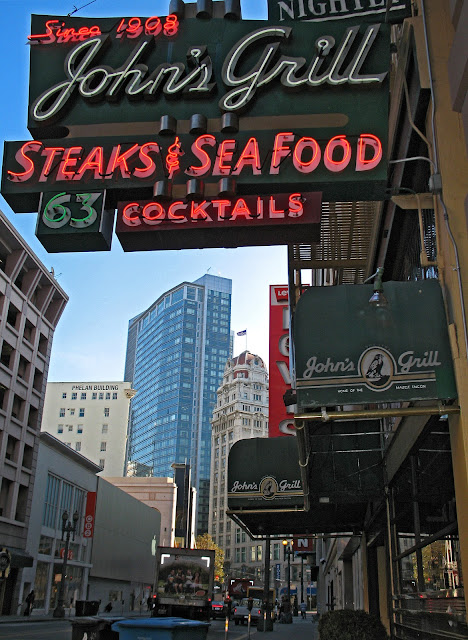 Here's a historic landmark where a fictitious character had chops, baked potatoes, and sliced tomatoes and smoked a cigarette. John's Grill is at 63 Ellis in San Francisco. 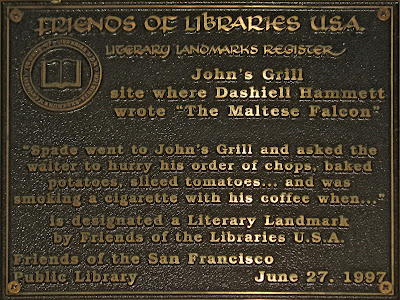 John's Grill site where Dashiell Hammett wrote "The Maltese Falcon"
"Spade went to John's Grill and asked the waiter to hurry his order of chops, baked potatoes, sliced tomatoes... and was smoking a cigarette with his coffee when... "
is designated a Literary Landmark by Friends of the Libraries U.S.A. 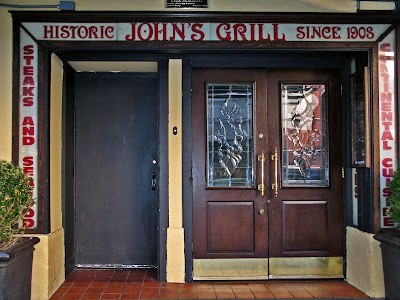 
On the menu I found Sam Spade's dinner for $30.95. The San Francisco Chronicle June 1997 said "Spade would have gotten his biggest surprise when he opened the menu and looked for his favorite dish. The Sam Spade chops, potatoes and tomatoes now sell for $22.95. That's a lot of lettuce, kid." In 2015 those lamb chops'll set ya back $35.95!

From the front of John's menu:


"This landmark was the setting for the Maltese Falcon novel by Dashiell Hammett and now is the headquarters of the Dashiell Hammett Society of San Francisco, founded October 21, 1977, by William F. Nolan, author of a biographical study of Hammett, and Jack Kaplan, retired U.S. Army major and now director of Pinkerton's. Nolan and Kaplan aided in establishing "The Maltese Falcon Room" and have been guides in the "Hammett Walks" around the city of San Francisco."

And on the back, Herb Caen and Fritz-Leiber:
﻿

"Opened in 1908, John's Grill is still there today at 63 Ellis, wood-paneled, walled with framed sketches of past customers and sepia photographs of old San Francisco, and dispensing good food." 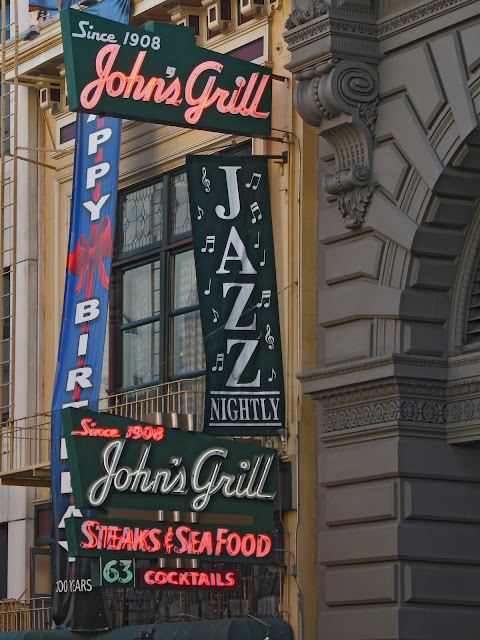 I couldn't afford Sam's dinner, so I just had a Manhattan and stole a menu. 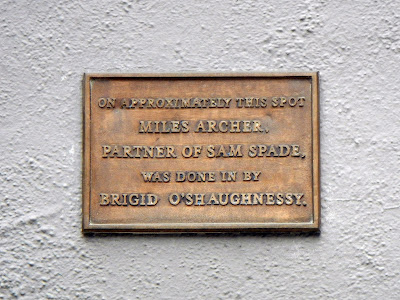 On approximately this spot
Miles Archer,
partner of Sam Spade,
was done in by
Brigid O’Shaughnessy 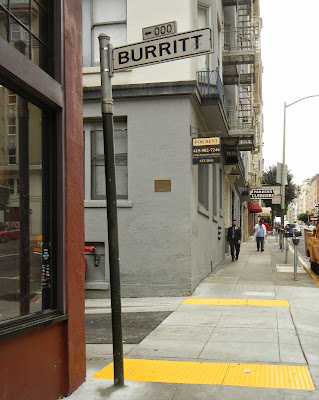