The Lady with the Harp 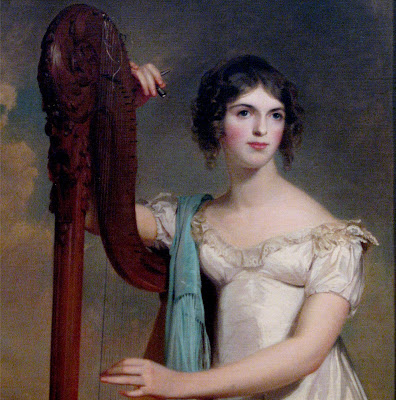 This 1818 painting by Thomas Sully may have saved his 15-year-old subject's home, Hampton. 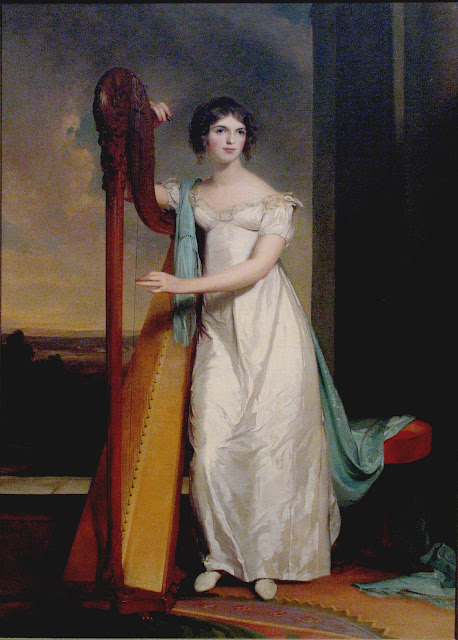 David Finley, the director of the National Gallery, bought this portrait from the Ridgelys in 1945 and was instrumental in having Hampton House bought by the Mellon Foundation in 1948 and eventually turned into a National Historic Site.
﻿﻿﻿ 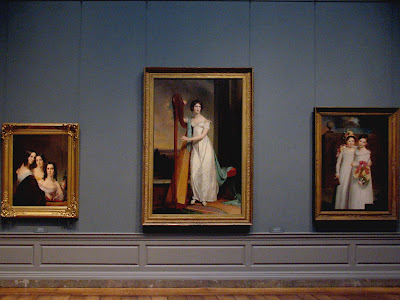 The picture is of Eliza Eichelberger Ridgely at 15 just after she graduated from finishing school. She was the daughter of Baltimore businessman Nicholoas Greenbury Ridgely who commissioned the portrait.

Her mother, also named Elizabeth Eichelberger Ridgely, died hours after Eliza was born on February 10, 1803. The memorial to Eliza Ridgely (the mother) in the cemetery at Hampton  tells the story. 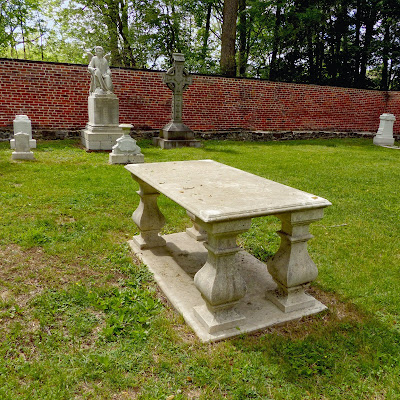 To the Memory of Eliza Ridgely, wife of N. G. Ridgely and daughter of M. and E. Eichelberger, Departed this life the 10th of February, 1803, A few hours after the birth of an only daughter, aged 19 years and 2 months.

Eliza, the Lady with the Harp,  married John Carnan Ridgely the son of Charles Carnan Ridgely of Hampton, on January 8, 1828, making her Eliza Eichelberger Ridgely Ridgely  and the third mistress of Hampton, an oversized Georgian mansion in Baltimore County. 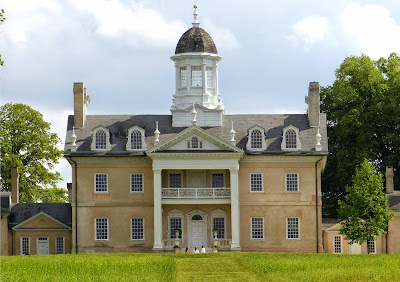 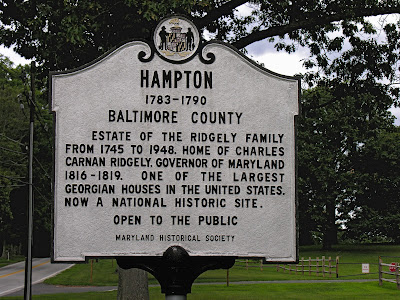 1783–1790, Baltimore County. Estate of the Ridgely Family from 1745 to 1948. Home of Charles Carnan Ridgely, Govenor of Maryland, 1815–1819. One of the largest Georgian Houses in the United States. Now a National Historic Site. Open to the public. 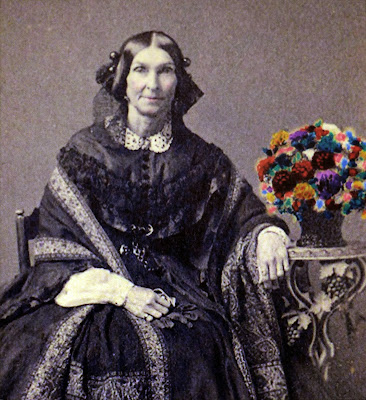 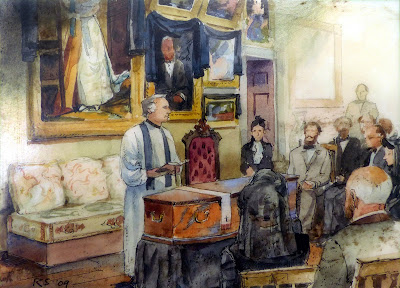 On a cold day in December 1867 as service for Hampton Mistress Eliza Ridgely was held in the mansion's Great Hall. Mr. Hoff, the rector of Trinity Episcopal Church, delivered the eulogy. Afterwards, mourners followed her casket to the  family cemetery.

And here's his picture of Eliza's casket arriving at the Ridgely family cemetery: 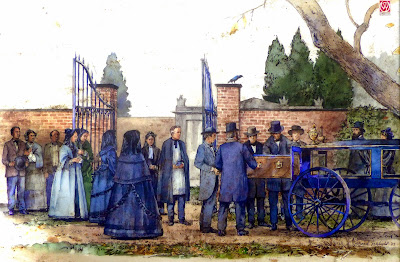 Eliza was interred in the family's Egyptian revival vault: 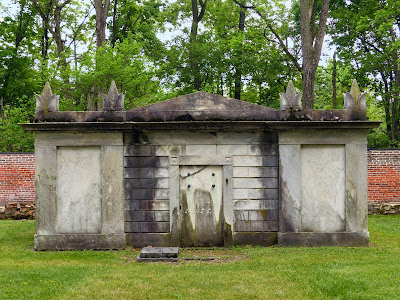 The Ridgelys were a Fine Old Family in Baltimore County; I grew up on Ridgely Road and went to Ridgely Junior High School.

In his 1999 book, Loewen severely criticized the Park Service for ignoring the history of the site and emphasizing the grandeur of the house and its inhabitants. When we visited in 2010, the interpretation of Hampton was entirely different. Slavery at Hampton was prominently and competently discussed. Hampton's slave quarters are well preserved. 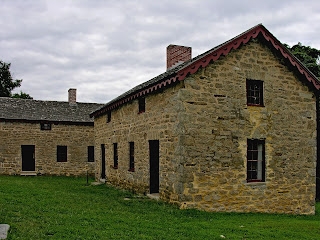 The extravagance of the Ridgelys was supported not by agriculture but by industry. The Ridgelys' wealth came from iron. The ruins of their Northampton Furnace can still be seen partially submerged in the Loch Raven Reservoir. 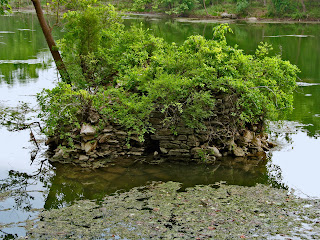 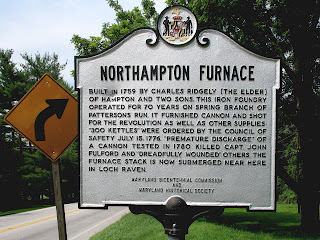 Jan found wild petunias in the hay fields at Hampton. 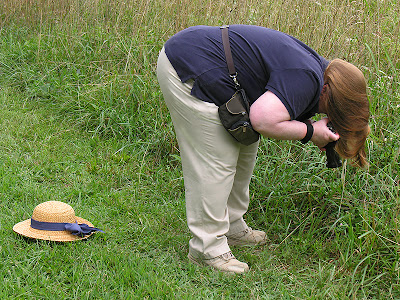 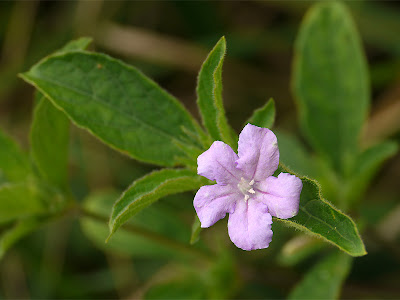 
Gather the mint at a season when the sun is hot -- say, July; use only the tender shoots. Strip off the leaves and cover them with brandy in an open bowl and allow it to remain in the sun for three or four hours, according to the strength of the mint flavor desired. Strain without bruising, and then sweeten to taste before bottling. (Dissolve the sugar in just enough hot water to melt it.) It can be strained through a strainer first, and then through a bit of cheesecloth, to insure clearness. This is a specific for some forms of bowel trouble, and is a famous old recipe at Hampton.