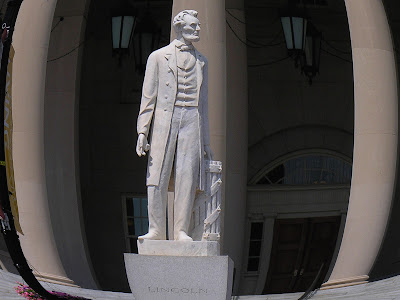 The oldest Lincoln statue in existence.


This Statue stands in front of the District Court building on Judiciary Square in Washington, D.C. 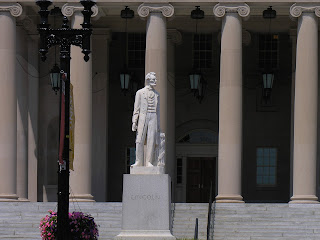 Sculpted by Irish artist Lot Flannery, it was dedicated on April 15, 1868, the third anniversary of Lincoln's death. The building was the Washington City Hall at that time. Benjamin B. French's dedication speech can be read here. Flannery placed the slightly larger-than-life statue on top of a high marble column. In explanation he said that "I lived in gloom following the assassination and I resolved to place it so high that no assassin's hand could ever again strike him down." Because it could hardly be seen, it fell out of favor and was removed in 1918 when the city hall was renovated. It was re-erected in 1923. This 1888 picture from Roose's Companion shows the statue on its column. 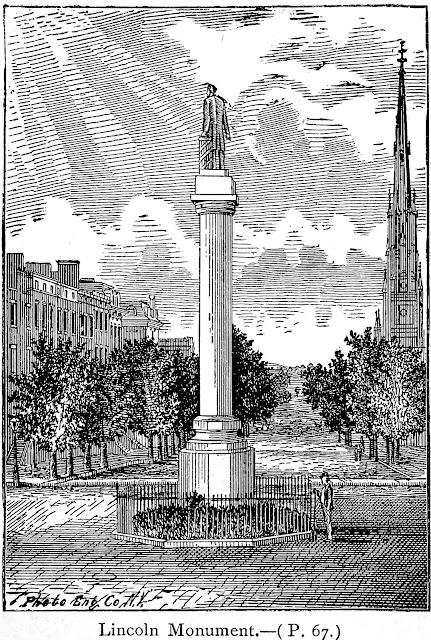 Now it sits on a smaller square base with an inscription that reads: 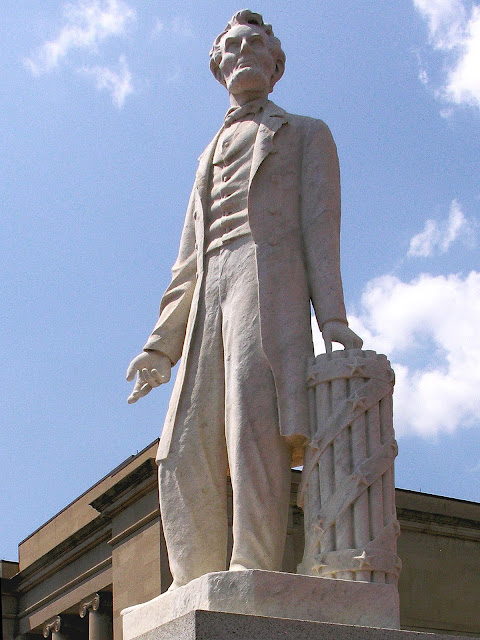 I found a hornet flying around Lincoln's head. It had made a nest in the president's hair. 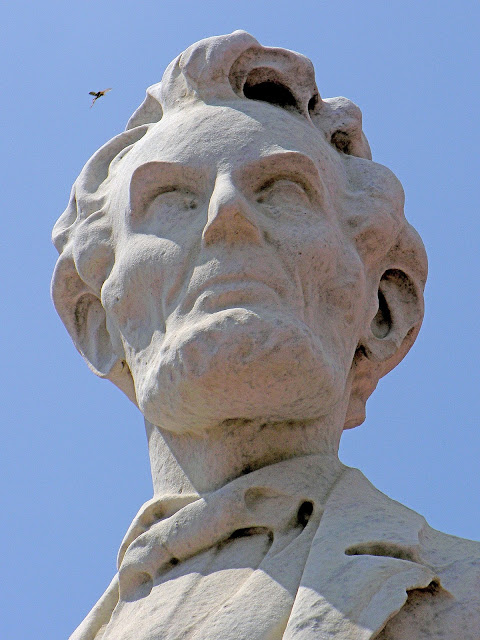