On US 40 in Hagerstown 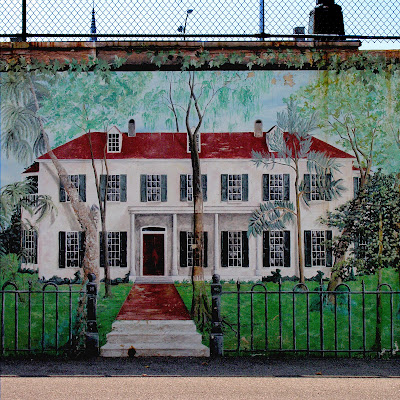 This house was built by Nathaniel Rochester in 1789. Rochester lived here until 1810 when he migrated to the Genesee valley and founded the city that bears his name. 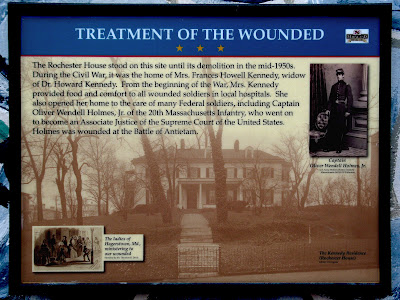 The Civil War Trails marker at this site tells of its connection to Oliver Wendall Holmes, Jr.:


The Rochester House stood on this site until its demolition in the mid-1950s. During the Civil War, it was the home of Mrs. Frances Howell Kennedy, widow of Dr. Howard Kennedy. From the beginning of the War, Mrs. Kennedy provided food and comfort to all wounded soldiers in local hospitals. She also opened her home to the care of many Federal soldiers, including Captain Oliver Wendell Holmes, Jr. of the 20th Massachusetts Infantry, who went on to become an Associate Justice of the Supreme Court of the United States. Holmes was wounded at the Battle of Antietam.

When George Stewart passed this way in 1949-50, he snapped this photo: 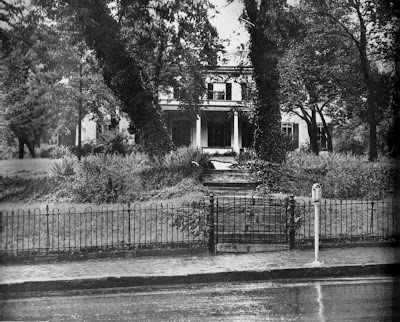 
But as he walked languidly along, some ladies saw him across the street [perhaps from where the parking-meter now stands], and seeing; were moved with pity, and pitying, spoke such soft words that he was tempted to accept their invitation and rest awhile beneath their hospitable roof. The mansion was old, as the dwellings of gentlefolks should be; the ladies were some of them young, and all were full of kindness; there were gentle cares, and unasked luxuries, and pleasant talk, and music-sprinklings from the piano, with a sweet voice to keep them company.

When Thomas and Geraldine Vale visted in 1980, they were disappointed to find only a parking lot at the site. 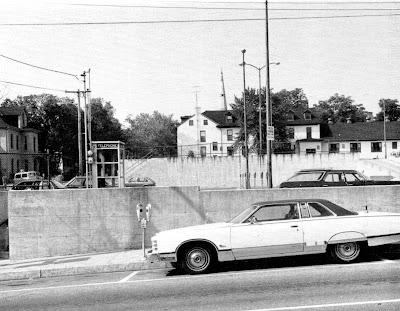 They commented that "Today, only the presence of a parking meter, albeit of more modern design, and the gradual slope of the street bear any resemblance to the scene portrayed in Stewart's photo."  When we visited in 2009, we found that the old house had reappeared in the form of a mural. 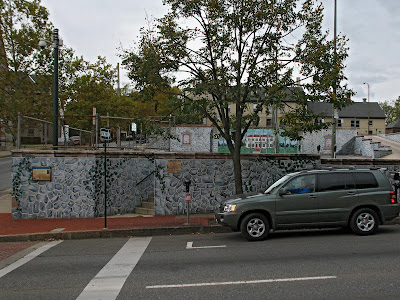 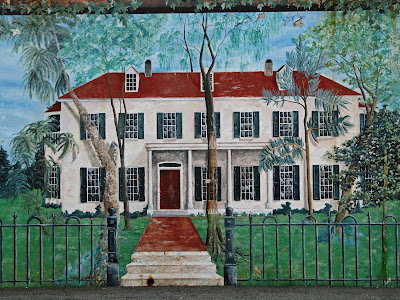 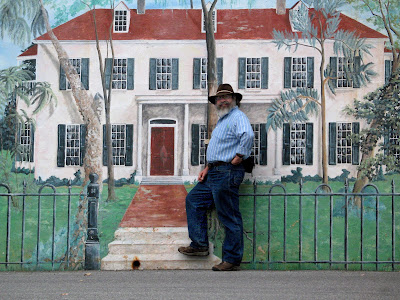 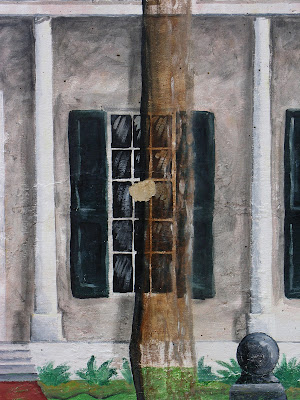 The entire parking lot is decorated in Gothic fashion. 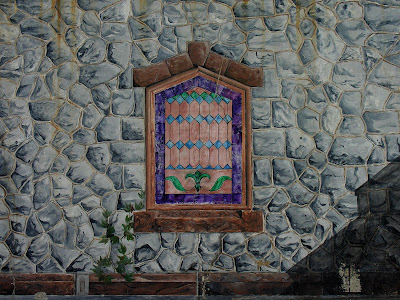 The parking meter -- or rather its decendant -- is still there. 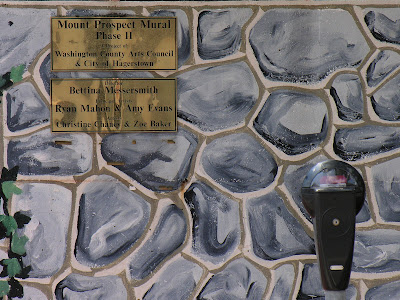