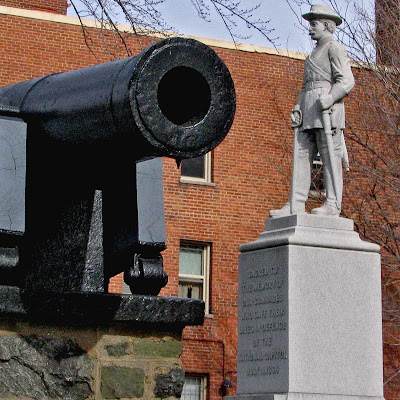 On Georgia Avenue, two blocks south of Walter Reed Army Hospital in Washington, DC, is a tiny Federal cemetery, a little more than an acre of ground with 41 graves arranged in a circular pattern. 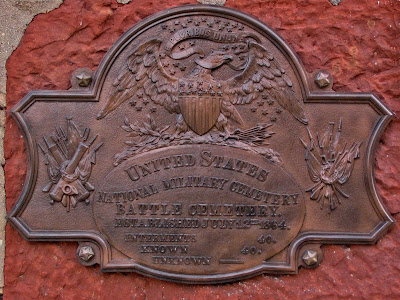 Cooling and Owen say this about Battleground Cemetery.

In July 1864, Quartermaster General Montgomery C. Meigs took possession of a small parcel of the battlefield ground over which some of the fiercest fighting of the Battle of Fort Stevens had occurred to bury forty of the Union dead. The U.S. Government acquired title to this Battleground National Cemetery, encompassing 1.033 acres, on February 22, 1867, under the provision of an Act of Congress that provided for National Cemeteries. War Department General Orders No. 39, date April 7, 1882, designated Battleground National Cemetery as a Fourth Class Cemetery.

The Battle of Fort Stevens was the only Civil War battle to take place in the District of Columbia. It was the culmination of Jubal Early's 1864 raid on Washington, a sort of last-gasp invasion of Union territory by the dying Confederacy.  Forty-nine Union men died in the defense of Fort Stevens; 40 of them are buried at Battleground Cemetery.

Montgomery Meigs built a small L-shaped superintendent's lodge on a plan he used in many National Cemeteries. 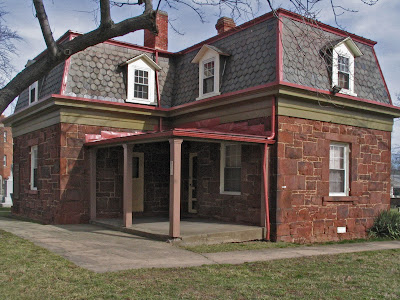 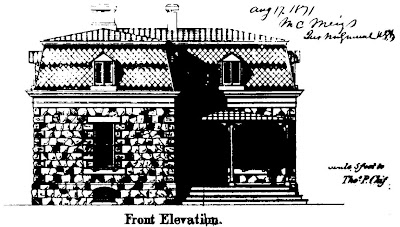 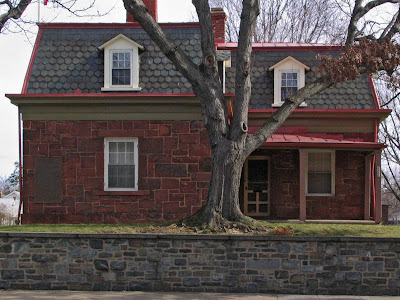 In 2005, this meter measured the sag of the walls. 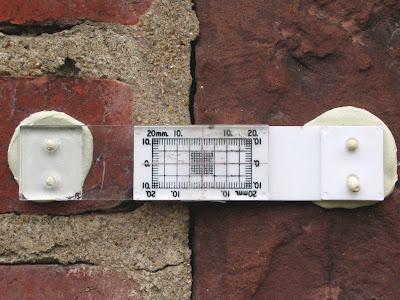 The lodge is currently being re-furbished with Recovery Act Funds.

Bivouac of the Dead 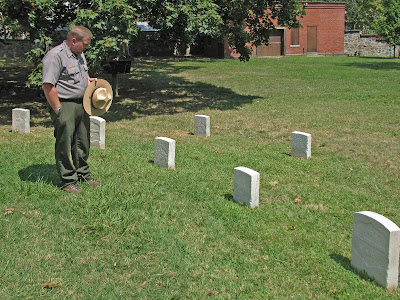 Among those 41 people is E. S. Bavett, a fellow Federal bureaucrat, who left his desk to defend Fort Stevens and the National Capital in July of 1864 and was killed in the effort. His headstone, No. 9,  incorrectly identifies him as a member of the 43rd New York Infantry. 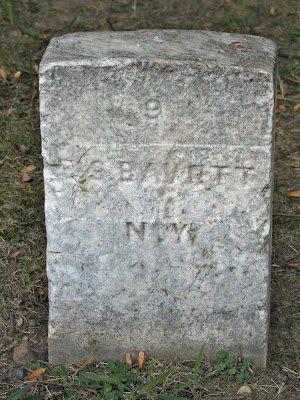 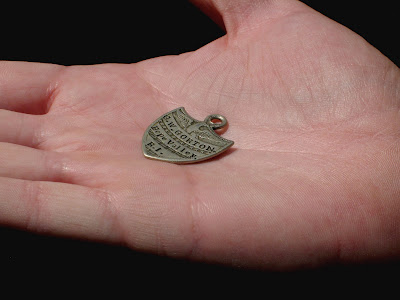 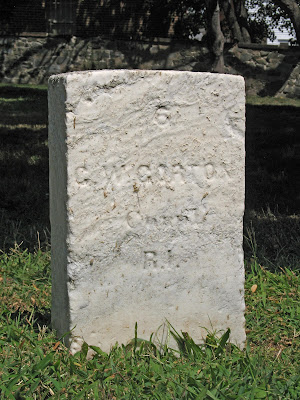 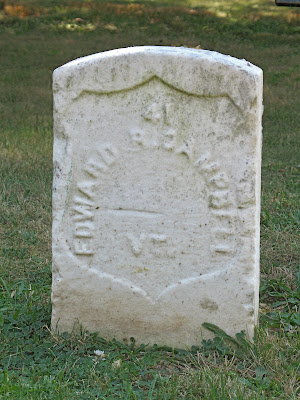 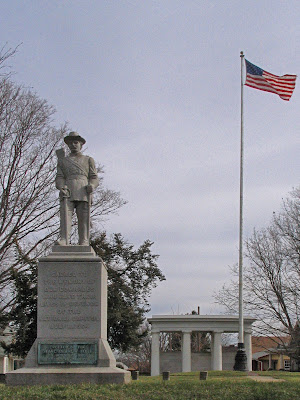 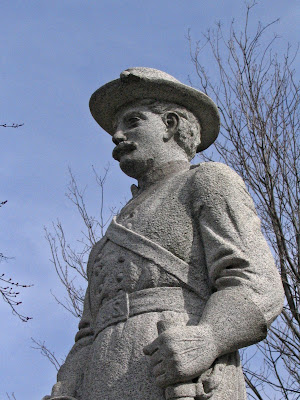 Signs scattered around the Cemetery display verses from Theodore O'Hara's Mexican War poem, "The Bivouac of the Dead." 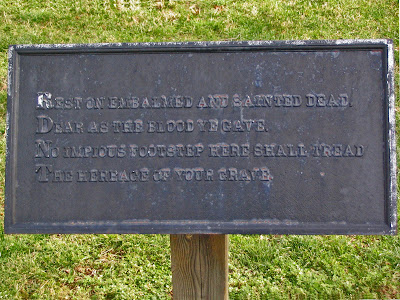 Rest on embalmed and sainted dead!
Dear as the blood ye gave;
No impious footstep here shall tread
The herbage of your grave;
Nor shall your glory be forgot
While Fame her record keeps,
For honor points the hallowed spot
Where valor proudly sleeps.