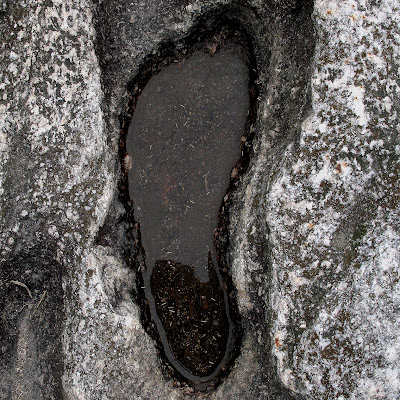 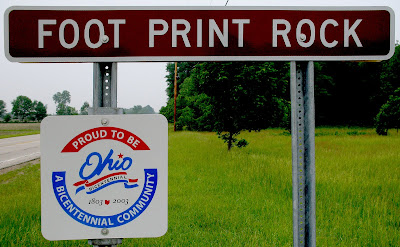 A piece of glaciated gneiss with a human footprint in it,size 9. 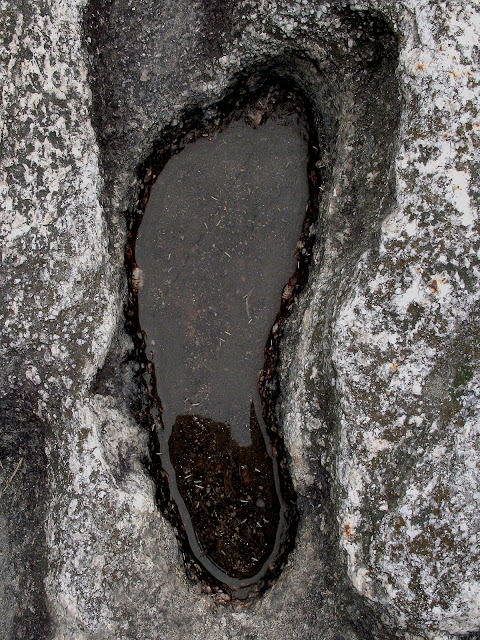 Local legend has it that "the unusual markings atop the rock are actually the footprint of an Indian who slipped in the mud on that spot while walking through the area" (UPI Dec. 30, 2004).  The 1940 WPA guide to Ohio has a less preposterous explanation:


FOOTPRINT ROCK...is a partially imbedded boulder bearing the sculptured outline of a foot and five other less distinct markings. They are thought to be of prehistoric origin. 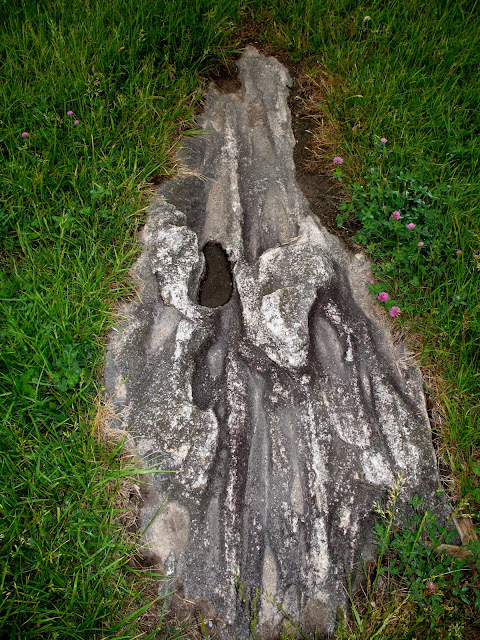 James L. Murphy debunks the claim that the footprint is an ancient petroglyph describing it as a small pothole, part of the eroded surface of the gneiss. He says "it should not take more than a brief visit to establish the fact that Foot Print Rock is neither historic nor archaeological." 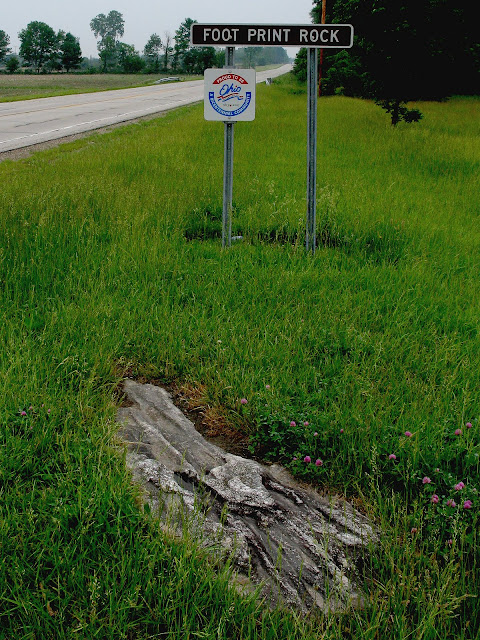 The rock and sign are in western Ohio on U.S. Route 40 (The Old National Road) east of the Indiana line and Richmond, Indiana. It is said to be half a mile east of the village of Gettysburg, Ohio. I must have driven through Gettysburg twice on my visit and never noticed it. I thought I was in New Paris.

Lured by the brown road sign, I parked in the lot of the defunct filling station just east of the rock. 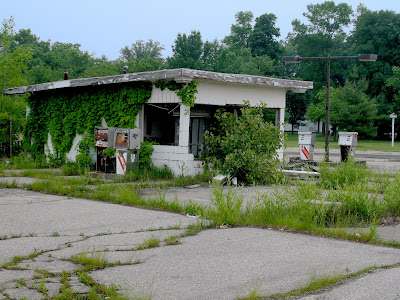 A genuine fossil of old U. S. 40 before the interstate highway era. 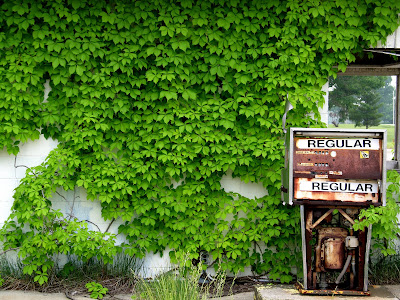 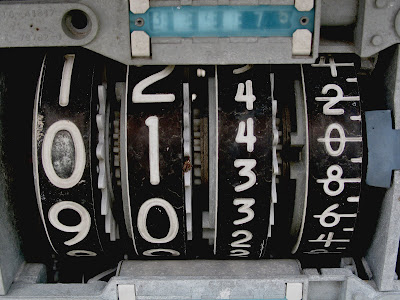 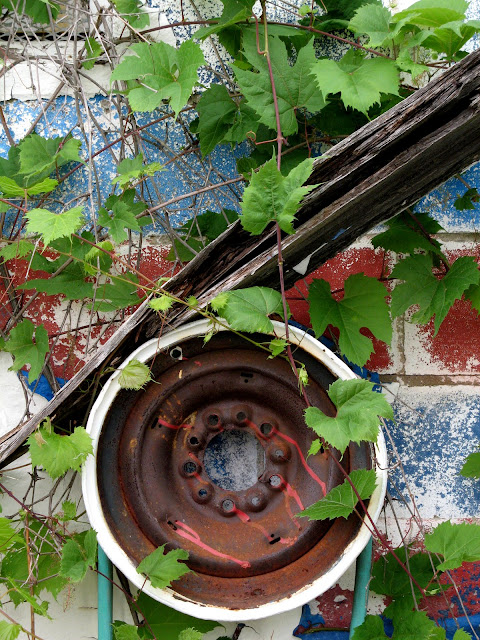