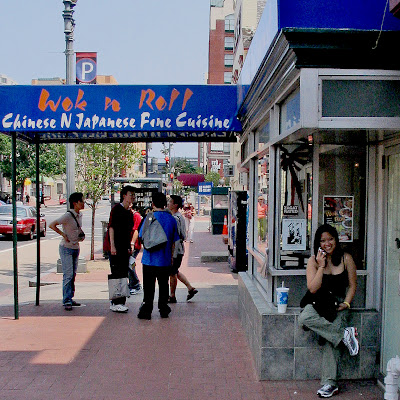 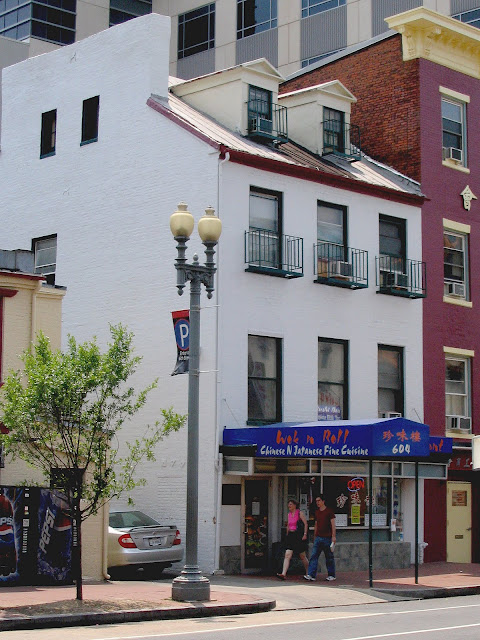 John Wilkes Booth assassinated Lincoln on April 14, 1865, five days after Lee surrendered at Appomattox. At the same time Lewis Powell and David Herold attacked the bed-ridden Secretary of State, William Seward, his son Frederick and his bodyguard. Powell cryed "I'm Mad, I'm Mad" as he stabbed Seward. George Atzerodt got drunk and failed to assassinate Vice-President Johnson. These assassins and several other conspirators had been meeting at a boarding house run by a pro-southern Catholic widow from Maryland named Mary Surratt. The original plan was to abduct the president while he was driving to the Soldier's Home but events overtook the conspirators and they moved on to assassination. 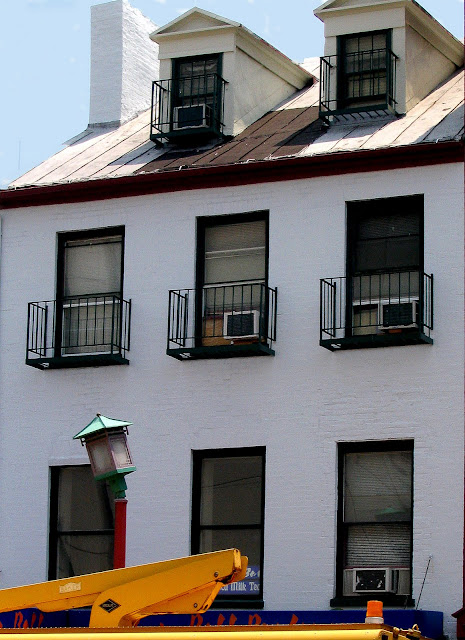 The boarding house was located at 541 H Street. The address is now 604 H Street.  In the 1930's this part of H Street became the heart of DC's Chinatown. I first found this site when it was a Chinese grocery (Suey Sang Lung Co.). This 1988 photo from HABS shows the grocery after it closed. 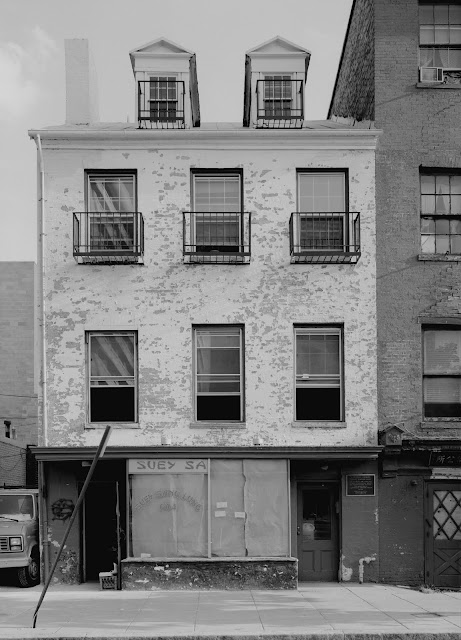 The glass storefront and eastern ground floor door were added in 1925. The eastern door (left) leads to the commercial space and the western door to the upstairs rooms. The original house had a piano nobile with a fancy second story front door and a plain door below the stair landing. In April of 1922, when the picture below was taken, the stairs and stoop had just been removed by a new owner. The photo appeared in The Suppressed Truth about the Assassination of Abraham Lincoln by Burke McCarty, 1922. 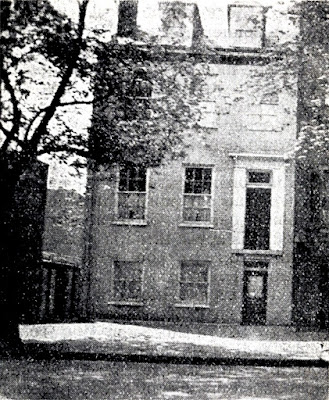 This turn of the century photo shows the original features of the house. (LOC) 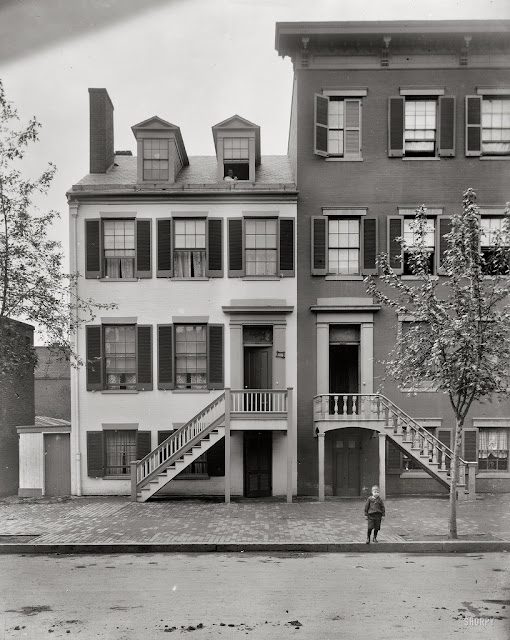 And this drawing of it appeared in Harper's Weekly in July of 1865 and in other places, like The Extraordinary Life and Adventures of John H. Surratt, the Conspirator, Barclay & Co 1867, from which I took it. 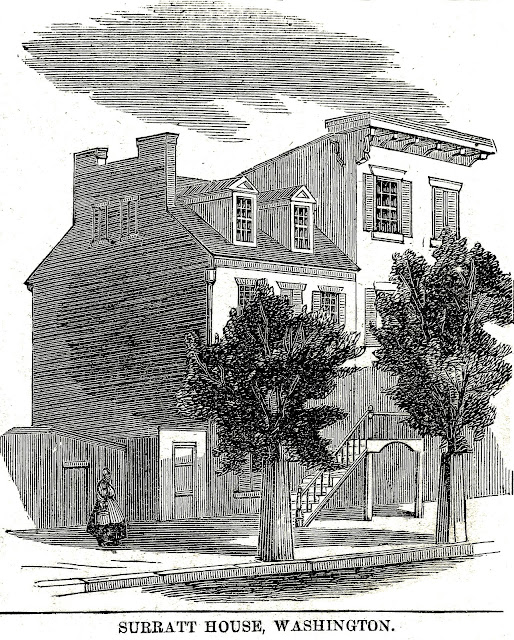 The house has since been Go-lo's Restaurant and now Wok 'n Roll.   A plaque placed by the Chinese-American Lions Club, 美京中美獅子分會, marks the spot. 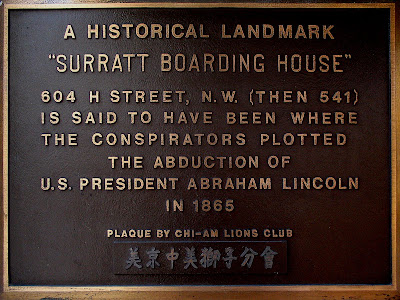 Ongoing controversy surrounds the trial and execution of Mary Surratt for her alleged part in the conspiracy. In his  refusal to pardon Mrs. Surratt Andrew Johnson said that "she kept the nest that hatched the egg." In 2005 a dramatic reading of "The Judicial Murder of Mary Surratt" was advertised in Wok 'n Roll window. 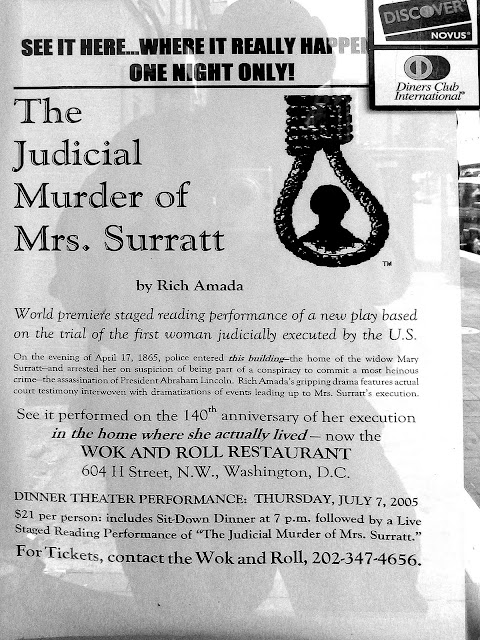 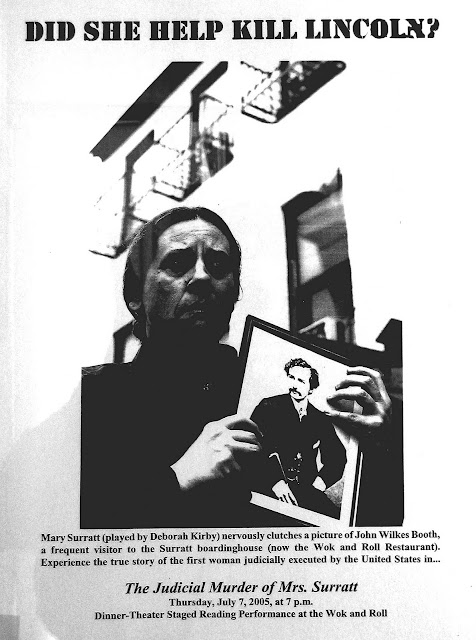 Here's a picture of Mrs. Surratt in the black veil she wore during the trial of the conspirators in 1865. 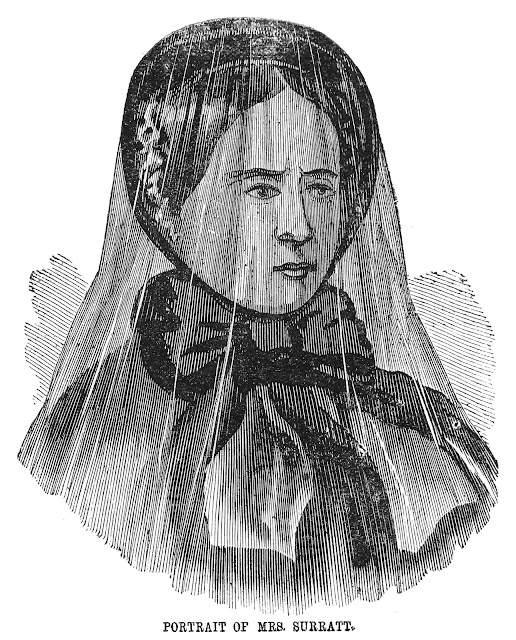 In this portrait from The Escape and Suicide of John Wilkes Booth by Finis L. Bates 1907, Mrs. Surratt is posed in front of her boarding house on H Street. 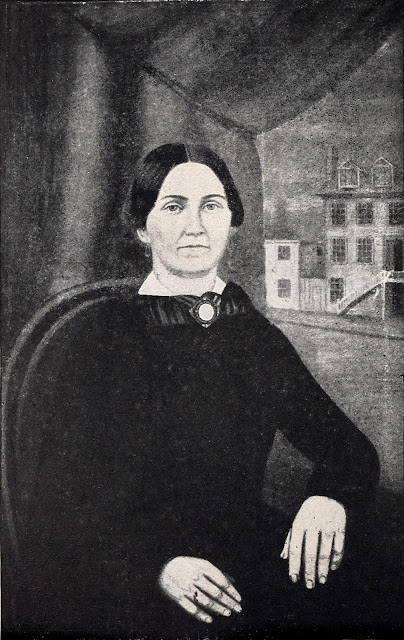 And here is a very modern young woman talking on a cell phone while Mary Surratt looks over her shoulder. 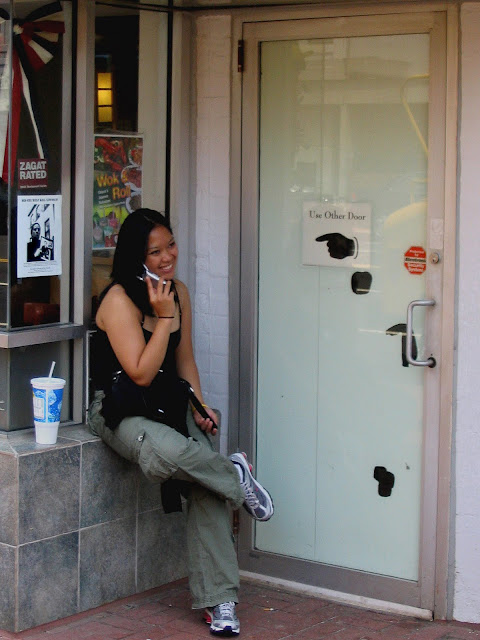