Monument to a Tulip Tree 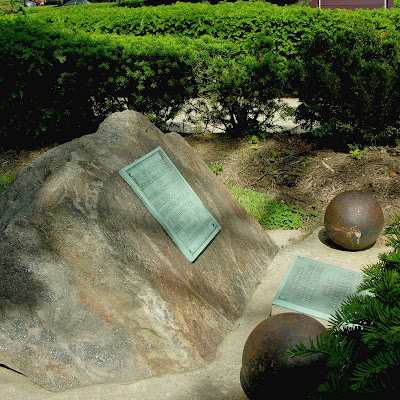 This particular Liriodendren Tulipifera was used by Early's Confederates as a signal station and sharpshooter's post during the battle of Fort Stevens in July 1864. 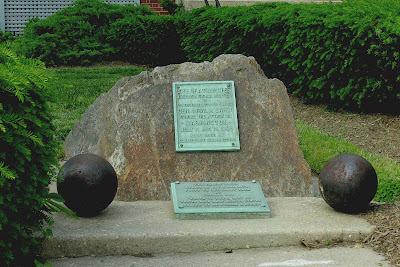 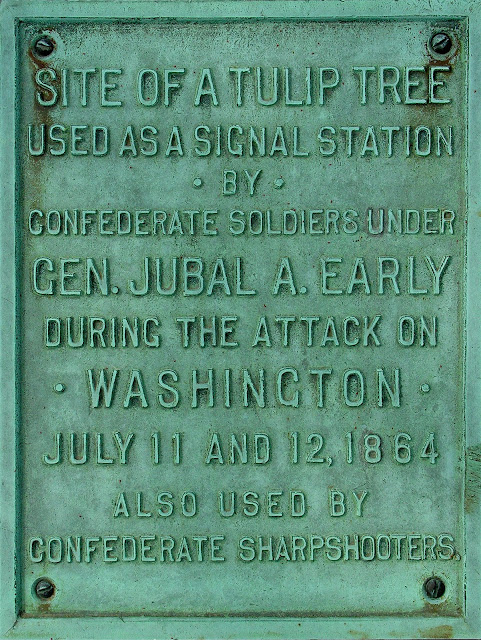 The old tree stood on land that became the Walter Reed Army Medical Center. It was standing when the Walter Reed Army General Hospital was founded in 1909. This Library of Congress photo taken between 1911 and the tree's demise in 1919 shows it in front of the Nurses' Quarters across the street from the Commanding Officers' Quarters. 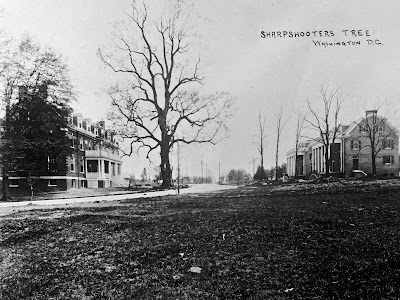 The Washingtoniana Division of the DC Public Library has this Willard R. Ross postcard of the old dead tree shorn of its limbs 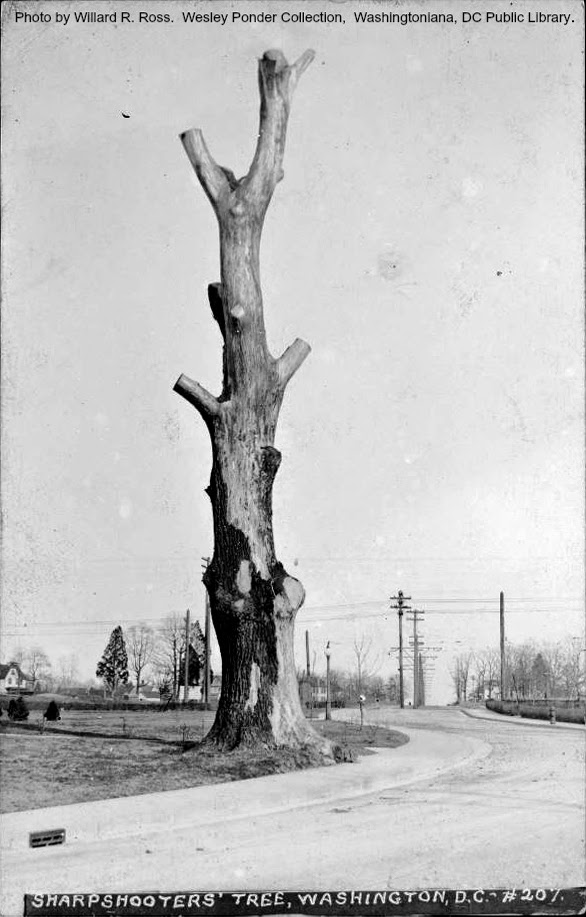 The Hays Kansas Free Press carried this photo of tree in May 1914 bearing a sign that read  "Used as a signal station by Confederate soldiers under General Early during the attack on Washington, July 11 and 12, 1864. Also occupied by sharpshooters."


"As you travel northward along Georgia avenue you may see on the left, within the grounds of the Walter Reed hospital, a dead giant of a tree. The great branches have been sawed off -- amputated might be a better word, bear in mind the place where the tree stands -- so that only the trunk and the butts of the big limbs that formed the crown remain. The tree was long ago stripped of bark, and its wood is weathered to an ashen gray. It was a yellow poplar, but it's dead. It was killed by a lightning stroke....The tree stands by the side of one of the well kept drives of the hospital grounds and in front of a big brick building of the familiar army post style of architecture. Over the entranced of this building is the sign, 'Army Nurse Corps.'"


The Georgian revival Nurses' Quarters, built around 1911, is now building 12, the Provost Marshal's office, behind the WRAMC police station. 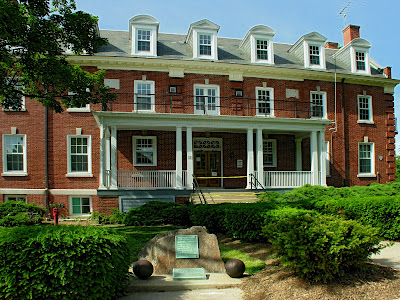 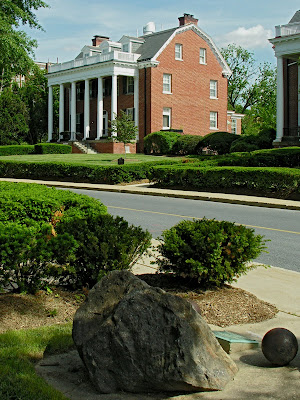 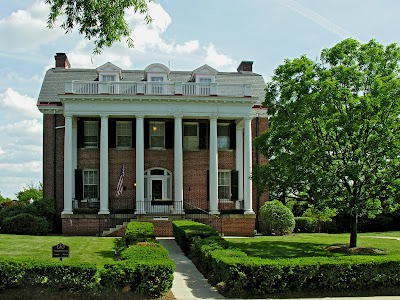 The Sharpshooters' Tree is said to have blown down in 1919, and soon thereafter, this stone monument was erected. 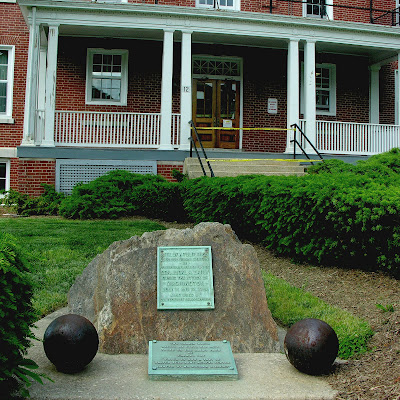 In 1898, a boy named William Burdett and a friend collected a couple of cannonballs from the then-abandoned Lay farm which had been in the field of artillery fire during the battle of Fort Stevens and became part of the WRAMC property. Burdett donated the cannonballs to Walter Reed in 1963, and they were added to the memorial. 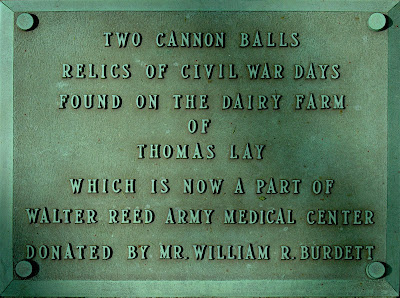 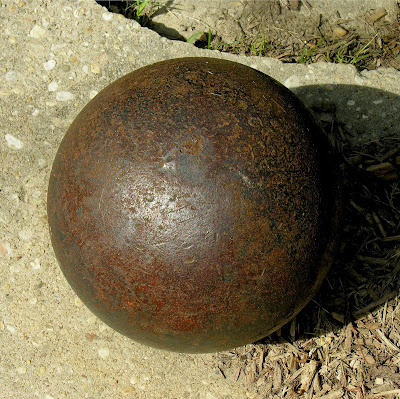 This is the second in what may become a series of posts about historic trees. See The Van Buren Elm.
Posted by Allen Browne at 4:28 PM