The Grave of Little Orphant Annie 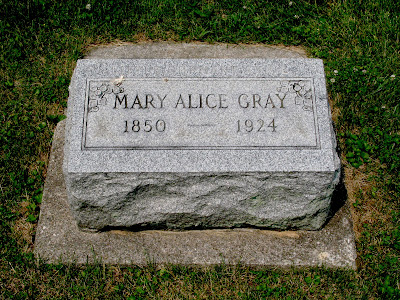 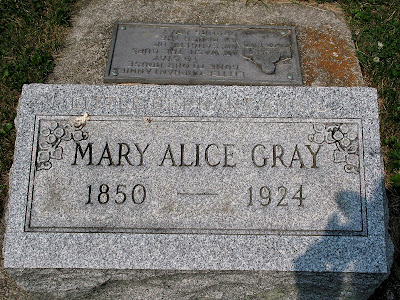 Mary Alice "Allie" Smith was a servant in the Riley home in Greenfield. Her father had been killed in the Civil War when she was 12. So she was an orphan. The Hoosier poet's father, a civil war veteran, brought Allie into the household. She told stories to the Riley children including James, thereby becoming the inspiration for Riley's 1885 dialect poem about children who through their misbehavior become victims of goblins. Each verse ends with "the Gobble-uns 'll git you Ef you Don't Watch Out!" or a slight variation thereof.

One story has it that when the poem was published in a newspaper, a typo changed "Allie" to "Annie" and the change stuck.

Mary Alice married a Civil War veteran named John Wesley Gray when she was 18, and they lived in Philadelphia, Indiana. 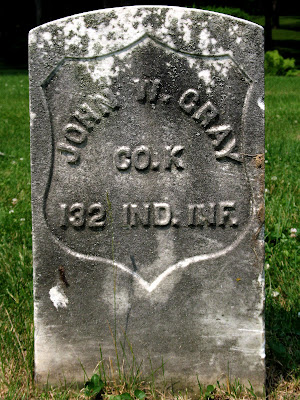 After the success of his poem, Riley tried to find Allie but never did, though she lived in nearby Philadelphia. Mary Alice's grave in the Philadelphia church cemetery near Greenfield has a plaque identifying her as "The Original Little Orphant Annie".
. 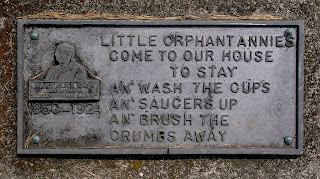 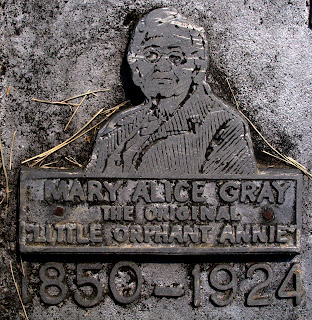 Here's the poem to give you the flavor of the Hoosier Poet's style.


Little Orphant Annie's come to our house to stay,
An' wash the cups an' saucers up, an' brush the crumbs away,
An' shoo the chickens off the porch, an' dust the hearth, an' sweep,
An' make the fire, an' bake the bread, an' earn her board-an'-keep;
An' all us other childern, when the supper-things is done,
We set around the kitchen fire an' has the mostest fun
A-list'nin' to the witch-tales 'at Annie tells about,
An' the Gobble-uns 'at gits you
Ef you
Don't
Watch
Out!
Wunst they wuz a little boy wouldn't say his prayers,--
An' when he went to bed at night, away up-stairs,
His Mammy heerd him holler, an' his Daddy heerd him bawl,
An' when they turn't the kivvers down, he wuzn't there at all!
An' they seeked him in the rafter-room, an' cubby-hole, an' press,
An' seeked him up the chimbly-flue, an' ever'-wheres, I guess;
But all they ever found wuz thist his pants an' roundabout:--
An' the Gobble-uns 'll git you
Ef you
Don't
Watch
Out!
An' one time a little girl 'ud allus laugh an' grin,
An' make fun of ever' one, an' all her blood-an'-kin;
An' wunst, when they was "company," an' ole folks wuz there,
She mocked 'em an' shocked 'em, an' said she didn't care!
An' thist as she kicked her heels, an' turn't to run an' hide,
They wuz two great big Black Things a-standin' by her side,
An' they snatched her through the ceilin' 'fore she knowed what she's about!
An' the Gobble-uns 'll git you
Ef you
Don't
Watch
Out!
An' little Orphant Annie says, when the blaze is blue,
An' the lamp-wick sputters, an' the wind goes woo-oo!
An' you hear the crickets quit, an' the moon is gray,
An' the lightnin'-bugs in dew is all squenched away,--
You better mind yer parunts, an' yer teachurs fond an' dear,
An' churish them 'at loves you, an' dry the orphant's tear,
An' he'p the pore an' needy ones 'at clusters all about,
Er the Gobble-uns 'll git you
Ef you
Don't
Watch
Out! 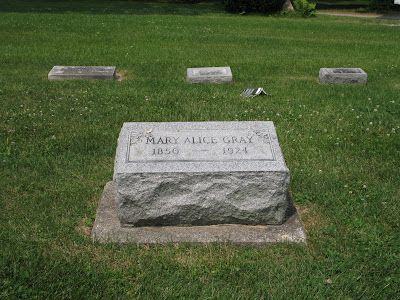