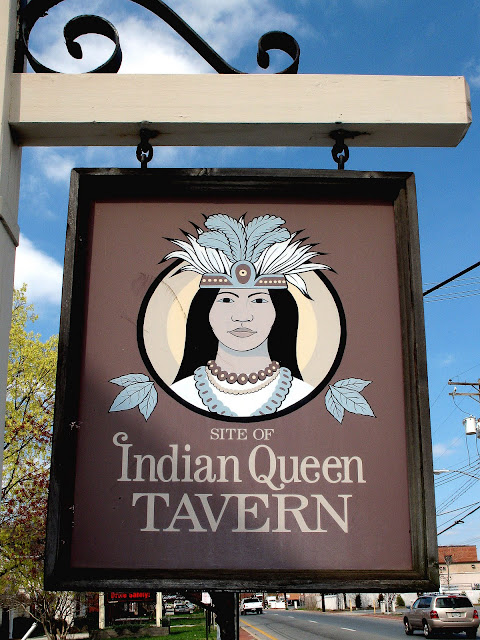 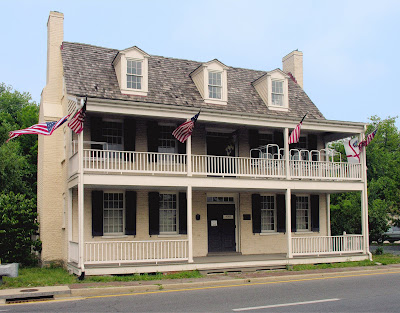 This 18th century inn at 4302 Baltimore Avenue (Alt. Rt.1) in Bladensburg, Maryland, was alternately known as the Indian Queen and George Washington House. That's a Prince Georges County flag hanging from the balcony. 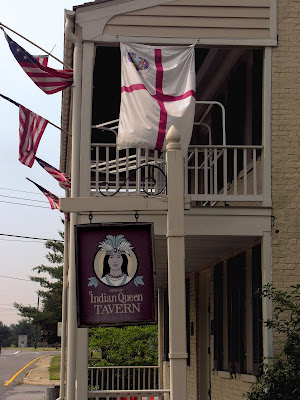 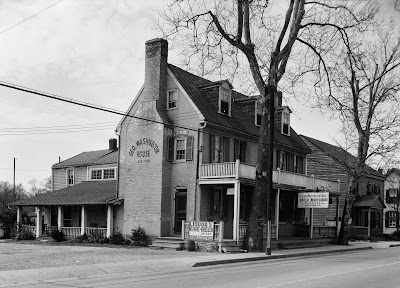 The tavern served travellers on the old post road (Rt. 1) that ran along the fall line from Colonial times through the stagecoach era and on into the automobile era. This illustration from Alice Morse Earl's "Stage Coach and Tavern Days," 1900, shows the Indian Queen in those stagecoach and tavern days. 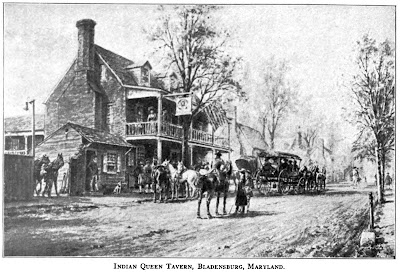 This 20th century photo shows the old tavern entering the automobile age on a snowy day. 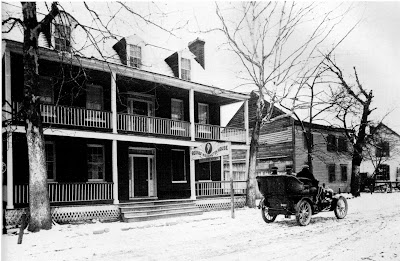 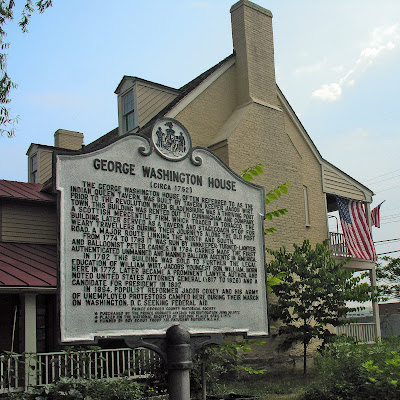 The house was probably built by Jacob Wirt around 1760. Jacob Wirt was the father of William Wirt who was born here in 1772. William Wirt was, among other things, the prosecutor in the treason trial of Aaron Burr, the 9th Attorney General of the U.S., and an unsuccessful candidate for President in 1832, representing the Anti-Masonic Party. Here's a picture of Wirt from a sign at the nearby Bladensburg Waterfront Park. 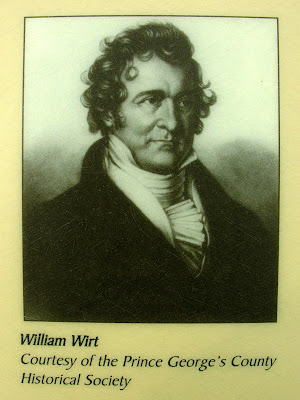 At the death of Jacob Wirt, the house/tavern was sold on Oct. 25, 1792 -- "in accordence with an act of the Maryland Assembly" -- to pay for William Wirt's legal education. 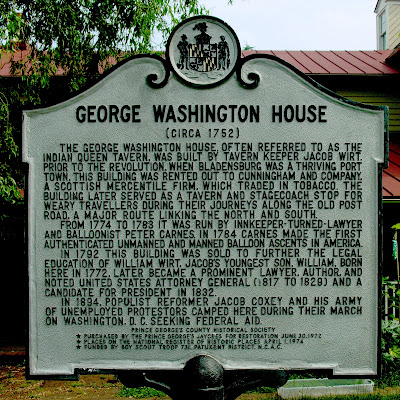 Between 1174 and 1783, while the building still belonged to the Wirts, the tavern was being run by Peter Carnes, balloonist. This tablet at the nearby Bladensburg Waterfront Park tells the tale: 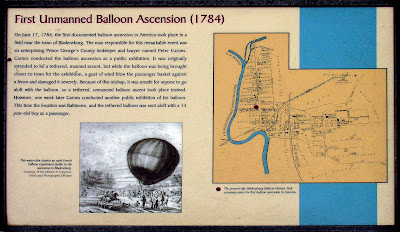 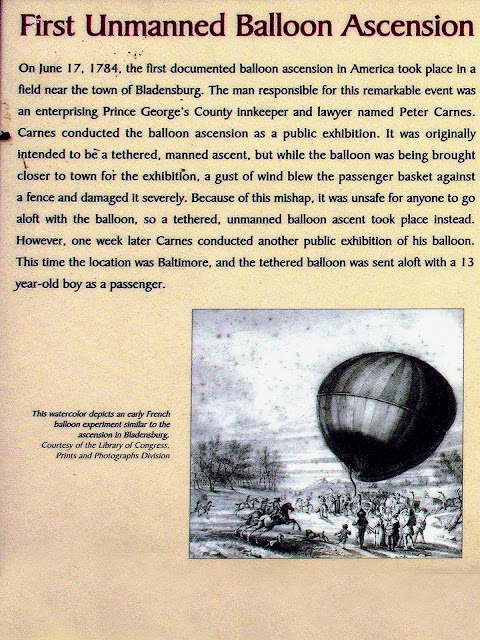 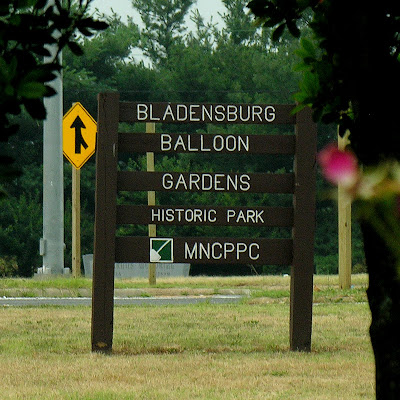 A local resident was enjoying his lunch in the rose garden when I visited. 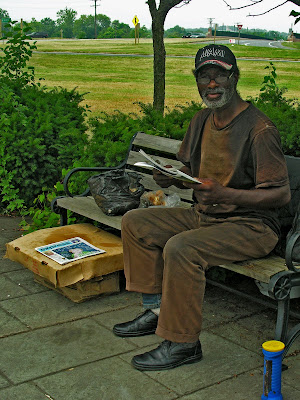 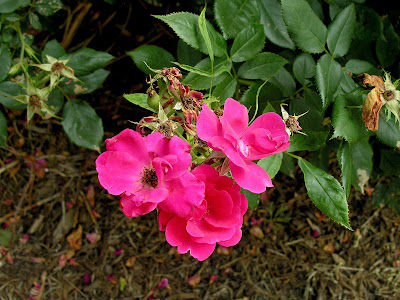 During the Battle of Bladensburg in 1814, a battery of Congreve rockets was stationed near the Indian Queen Tavern along with one 6-pounder and two small 3-pounder cannons. There is a tradition that there are or were cannonballs from the battle embedded in the walls of the old tavern. This map of the early stages of the fight shows the rocket troop stationed near the tavern.

﻿﻿﻿This historical maker appeared in 2012 describing the role of the Indian Queen in the war of 1812. 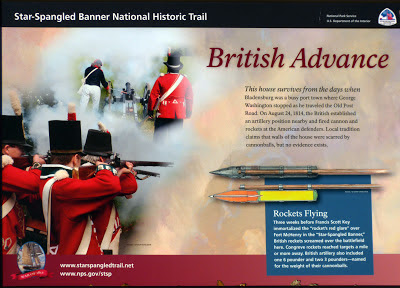 This house from the days when Bladensburg was a busy port town where George Washington stopped as he traveled the Old Post Road. On August 24, 1814, the British established an artillery position nearby and fired cannon and rockets at American defenders. Local tradition claims that walls of the house were scarred by cannonballs, but no evidence exists.

Three weeks before Francis Scott Key immortalized the "rockets red glare" over Fort McHenry in the "Star Spangled Banner," British rockets screamed over the battlefield here. Congreve rockets reached targets a mile or more away. British artillery also included one 6 pounder and two 3 pounders -- named for the weight of their cannonballs.

Rockets whizzing over their heads unnerved the untrained American militia and sent them running toward Rockville (then Montgomery Courthouse), an event that came to be known as the "Bladensburg Races."

Throughout the 19th century, parties often stopped here the night before an affair of honor at the nearby dueling grounds. Commodore Barron and his seconds stayed at the Indian Queen Tavern in Bladensburg the night before the famous duel that killed Stephen Decatur.

In response to the panic of 1893, Jacob Coxey and Carl Browne lead an "Army" of protestors to Washington to lobby the Federal Government to create jobs though public works projects. The army camped on the grounds of the George Washington House Hotel on May 14, 1894, while Coxey, Browne, Coxey's wife, and their son, Legal Tender Coxey, enjoyed free rooms at the hotel. The flooding Anacostia River forced Coxey's Army to leave Washington on the 20th. This portrait of Coxey appears on another historical sign at the Waterfront park. 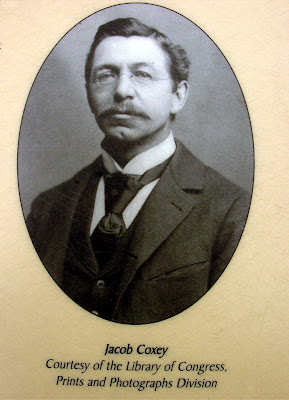 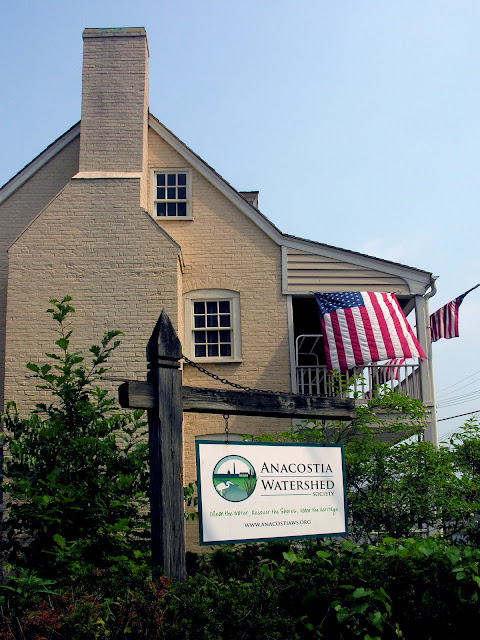 The "Recyclops" is made from trash pulled from the Anacostia. 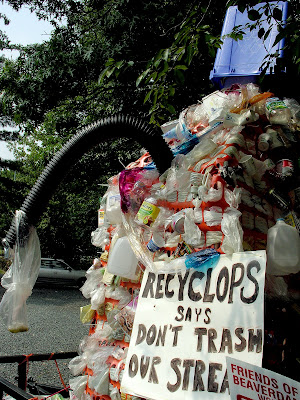 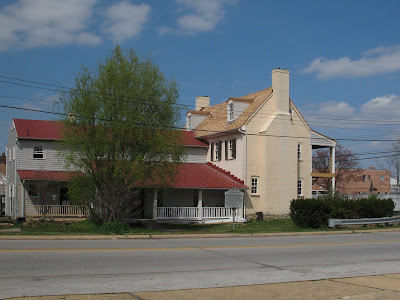 From a colonial tavern to today's environmental movement, this old building has held its place in both local and national history for a quarter of a millenium.
Posted by Allen Browne at 6:25 PM