Can I Die on Your Porch? 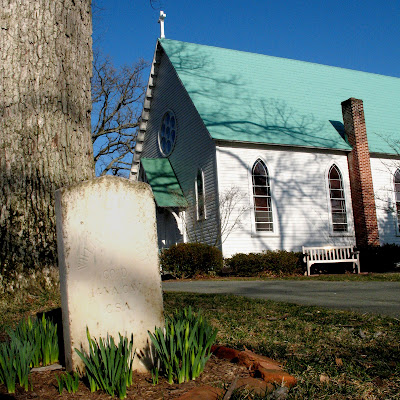 William D. Scott was a 21-year-old Confederate cavalryman from Greebrier County, Virginia (now West Virginia). When the Cloppers found him wounded on their porch in 1864, he asked, "Can I die on your porch?".

Private Scott and the 14th Virginia Cavalry were part of the Early's raid on Washington in 1864. This story of Scotts' wounding is derived from Gene Domalski:


Pvt. Scott was a member of a 6-man scouting party who, on the evening of Sunday, July 10, stopped by the home of Joseph A. Taney asking for supper. As they took dinner, they were fired upon by a Union cavalry unit. Pvt. Scott mounted his horse in Taney's barn, but he was shot in the side by a bullet. He still managed to ride into the woods across Seneca Creek eluding his Union pursuers.

He found his way to The Woodlands, the home of Francis Clopper and his family, where a black servant reported his presence to the family. The house probably looked much as it did in this 1936 photo. 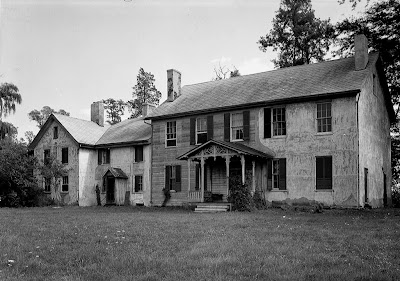 The Cloppers were Unionists but their daughters took pity on the dying boy and they took him in. They found him a Confederate surgeon who removed the bullet.  Billy Scott's parents were Baptists. The dying boy told Francis Clopper's daughter, Mary, and her husband, William Hutton, that he had never been baptized. At his request, the Cloppers had William Scott baptized. It was illegal and dangerous to harbor enemy troops in 1864 so when Scott died, they buried him in secret at night in an unmarked grave under the hedge in front of the nearby Catholic church. The spot is now at the base of an old white oak tree in front of Saint Rose of Lima. 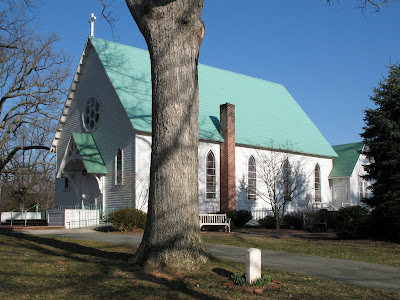 The Daughters of the Confederacy placed a Confederate grave marker on the spot in the 1930's. 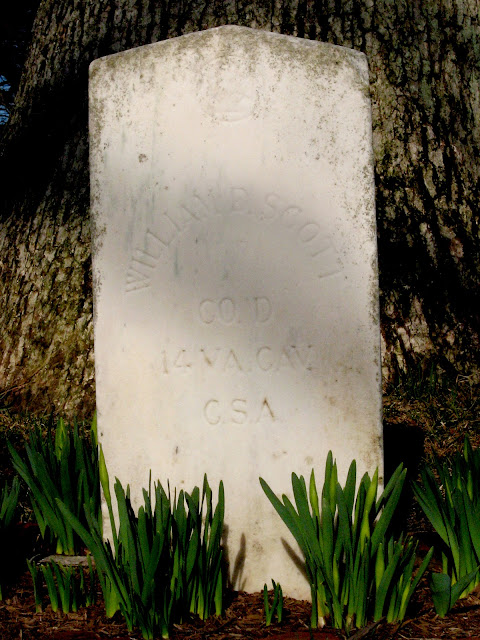 Francis Cassatt Clopper assembled his farm from several different parcels of land in 1811 and in 1812 built The Woodlands. 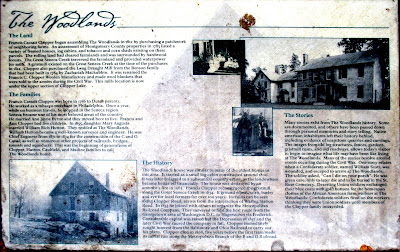 The Woodlands was destroyed by arson in 1963. Today the site of The Woodlands is the visitor's center of Seneca Creek State Park. 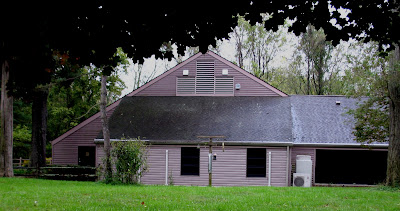 Francis Clopper was Protestant but his wife Jane was Catholic, and in 1834 he donated part of his farm for a Catholic church. In 1836 a brick church was built on the site. He named it St. Rose of Lima in honor of "Mother Rose" Landry White of the Sisters of Charity in Emmitsburg.  It was in front of this brick church that William Scott was buried. The brick church burned down in 1883 and was replaced by the present rustic gothic wooden structure. 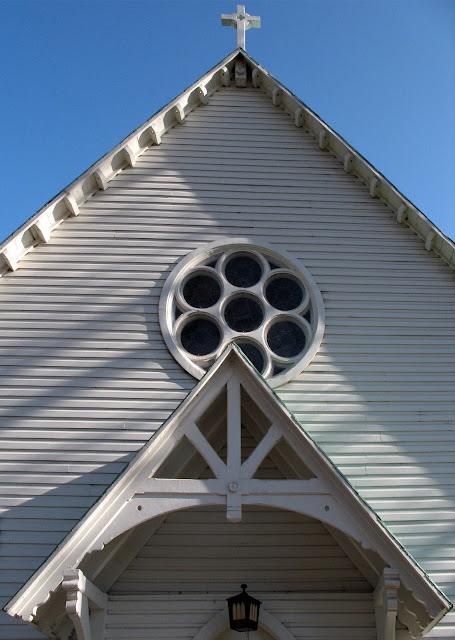 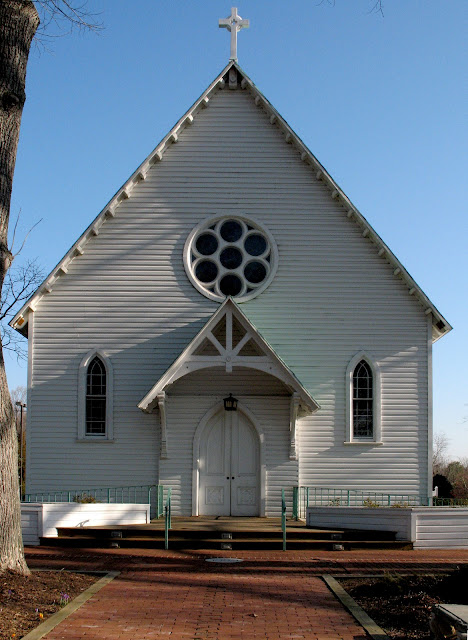 Francis Clopper's grave can be found behind the church in the cemetery. 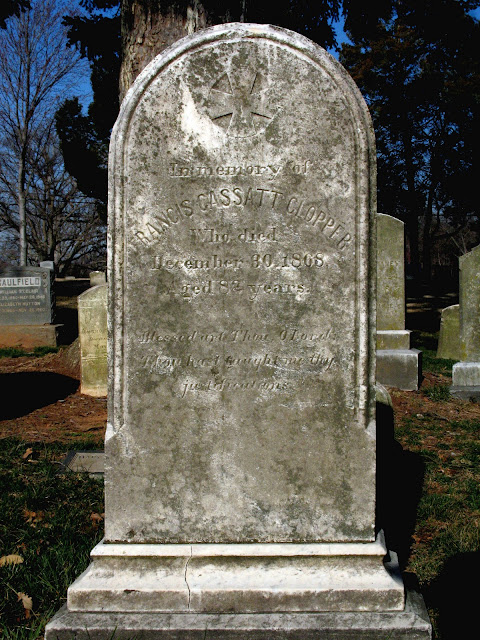 William Scott's secret unmarked grave came to be more prominent than it would have been had it been one of the many graves in the church cemetery. 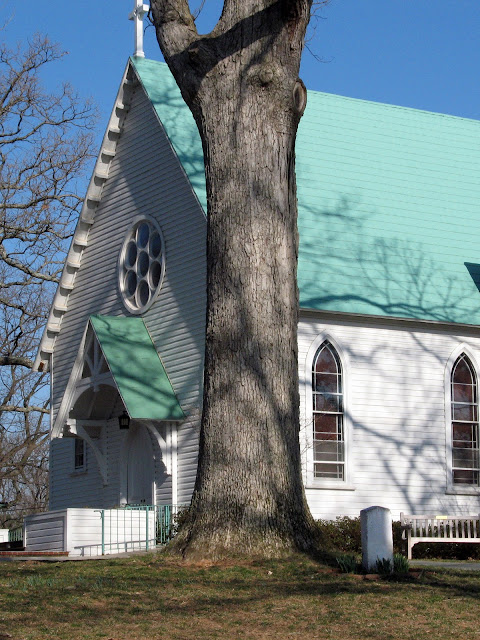 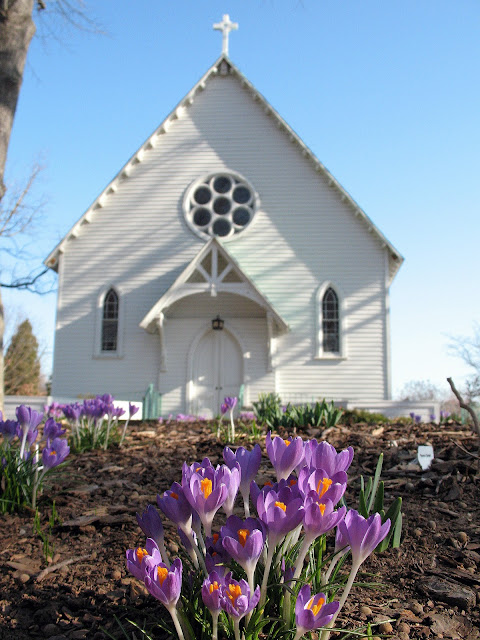