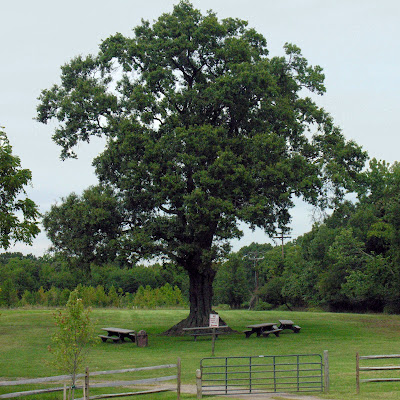 
The War of 1812 Willow Oak (Quercus phellos) is significant because of its size and location. As it was likely planted in at least the early nineteenth century, the tree has stood as a living witness to a remarkable history, from the War of 1812, to the farms of Godding Croft, and finally the evolution of Oxon Hill Farm as a living history site. 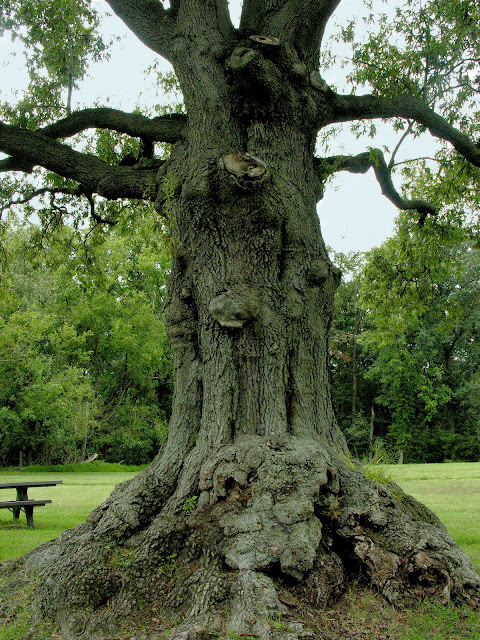 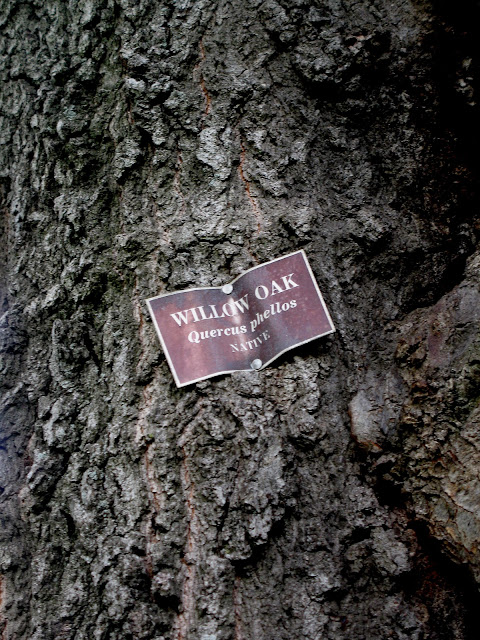 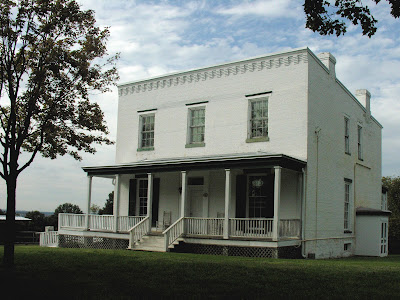 The tree must have been small when Samuel DeButts and his wife Mary built Mount Welby in the first years of the 19th century. The name honors Mrs. Debutts family; her maiden name was Welby. 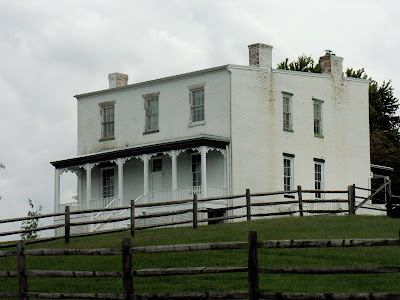 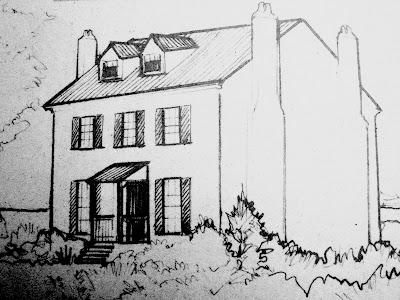 Mount Welby was located on a bluff above the Potomac along the road to Fox Ferry, the river crossing connecting Alexandria, Virginia, to Prince Georges County, Maryland. The ferry landing is actually on the edge of the District of Columbia. The southern corner of the 10 mile square extends this far south. 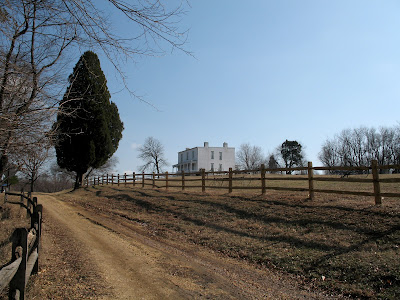 Even with large trees, Alexandria is still visible from the hill. The Masonic Temple dominates the Alexandria skyline in this photo taken on Oxon Hill. 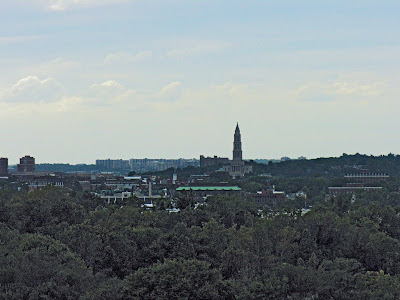 This part of Prince Georges County is called Oxon Hill, not "Oxen"; It was named for Oxford England by its early land owner, Thomas Addison.

The DeButts family were Irish immigrants sympathetic to the British side in the War of 1812. In August 1814, Admiral Cockburn's fleet sailed up the Potomac while General Ross was marching to Washington. Fort Warburton, immediately downstream from Mount Welby, was destroyed by its own garrison, and the city of Alexandria directly across the Potomac surrendered to the British without a fight. From their perch high above the Potomac, the DeButts could hear and see the burning of Washington by Ross's troops. Today trees block the view. The NPS signage displays this drawing by Billie Rash of the scene in 1814. 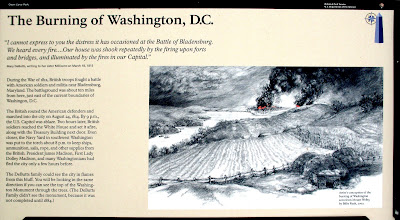 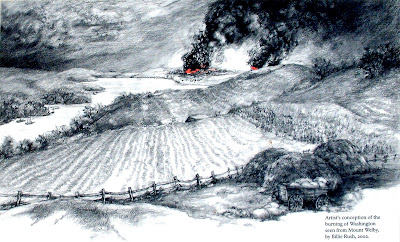 The DeButts fled to Loudon County across the river, ferrying over under the guns of the British fleet. When they returned, they found Congreve rockets on their hilltop property. Mrs. Debutts believed the rockets were aimed at her house but they were probably fired as signals to nearby British ships. This sign uses "the rockets red glare" to link Mount Welby with the Star Spangled Banner. 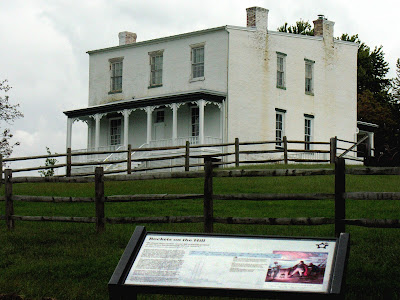 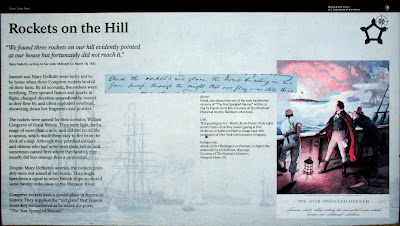 ﻿
Godding Coft
A sign at the entrance of Oxon Hill farm says:

In 1891, the federal government bought 350 acres of land that included the former estate of Samuel DeButts. The property became a farm that supplied food to thousands of patients at nearby St. Elizabeths Hospital.

St. Elizabeths opened in 1852 as The Government Hospital for the Insane, thanks to the efforts of Dorothea Dix. Godding Coft was named for W. W. Godding, director of St. Elizabeths. Trusted inmates worked the farm. The 40th annual report of St. Elizabeths in JAMA 1896 describes the farm this way:

The sixth group, the agricultural one, is a colony at Godding Croft for chronic cases; harmless workingmen, who, having a home with home comforts, are content. The nucleus of such a colony is already established. At Godding Croft there are sixty acres of the finest garden soil that exists anywhere within the nearly 800 acres of this government ground. Here are 25 acres of hillside, well adapted to vineyards and orchards; 60 acres of corn and grass land, with more than 100 acres of woodland and pasturage.

This Library of Congress Photo shows the dairy barn at Godding Croft: 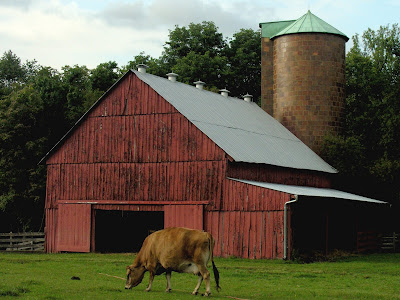 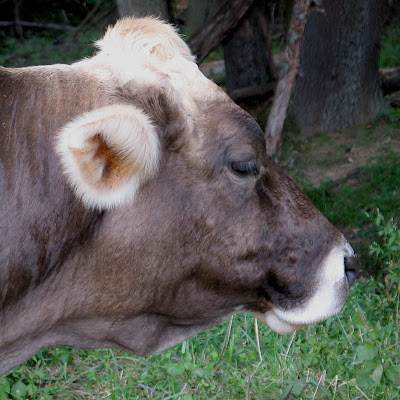 Urban children, and adults like me, are given a glimpse of agriculture at the Farm Park. The farm animals are especially popular. 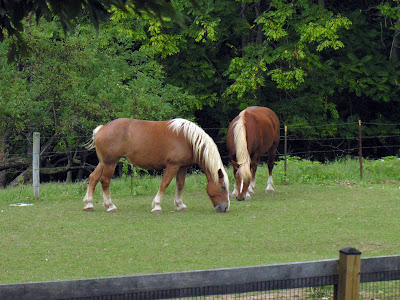 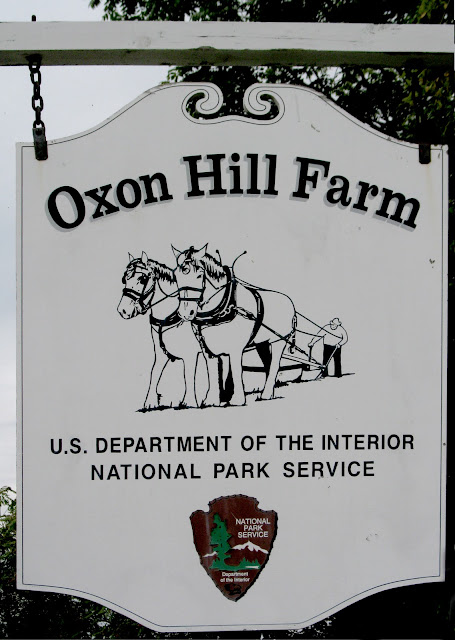 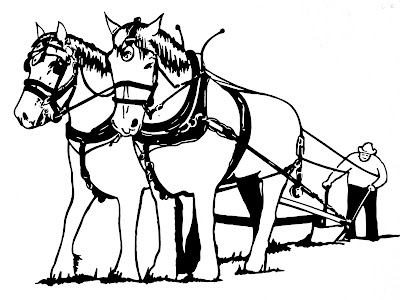