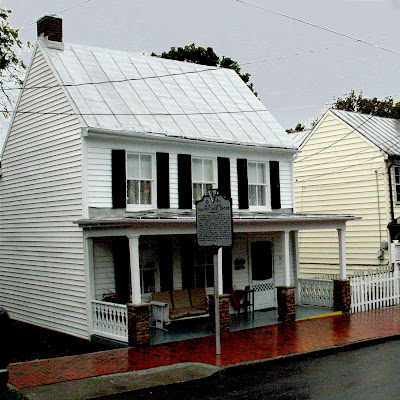 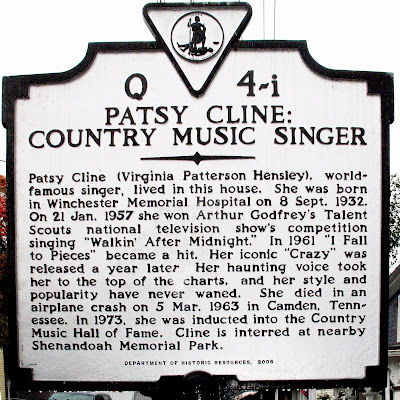 Patsy Cline (Virginia Patterson Hensley), world-famous singer, lived in this house. She was born in Winchester Memorial Hospital on 8 Sept. 1932. On 21 Jan. 1957 she won Arthur Godfrey’s Talent Scouts national television show’s competition singing “Walkin’ After Midnight.” In 1961 “I fall to Pieces” became a hit. Her iconic “Crazy” was released a year later. Her haunting voice took her to the top of the charts, and her style and popularity have never waned. She died in an airplane crash on 5 Mar. 1963 in Camden, Tennessee. In 1973, she was inducted into the Country Music Hall of Fame. Cline is interred at nearby Shenandoah Memorial Park.

We stumbled onto this house as we wandered through Winchester. Tim Poole gave us an informative tour of the recently opened house and the life of Patsy Cline.

Virginia Hensley lived in this house from age 16 to 21 (1948-1953).  In her early life, she was called 'Ginny' but changed her name to 'Patsy' based on her middle name 'Patterson' on the suggestion of Bill Peer, her manager. She married Gerald Cline, a contractor in 1953, and divorced him in 1957 to marry Charles "Charlie" Dick. She died in a plane crash in 1963 and was buried in Shenandoah Memorial Park under her married name "Virginia H. Dick." 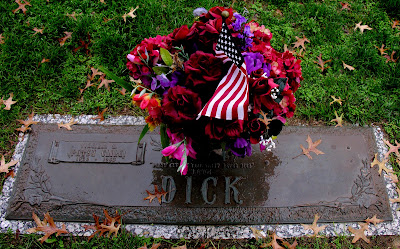 Her stage name is recorded in large letters in brackets. 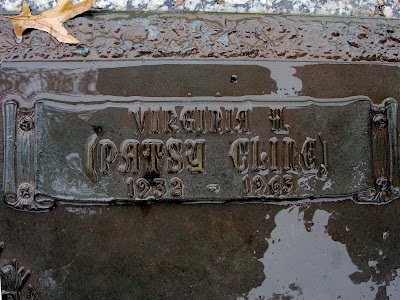 Shenandoah Memorial Park is a modern cemetery founded in 1957; all graves are marked with stones flush to the ground. 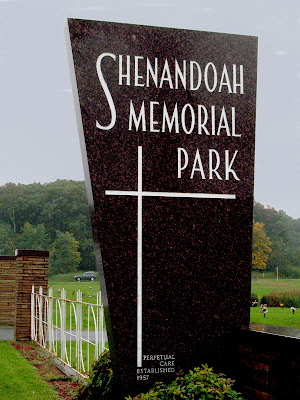 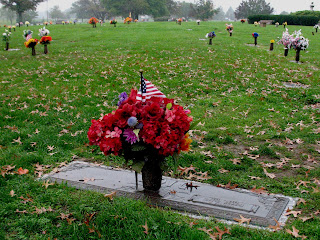 All the flowers here seem to be artificial, including the red roses on Patsy's Grave. The entranceway to the cemetery has a plaque commemorating Patsy Cline, dedicated in 1963 by Charles Dick and their children Julie and Randy. 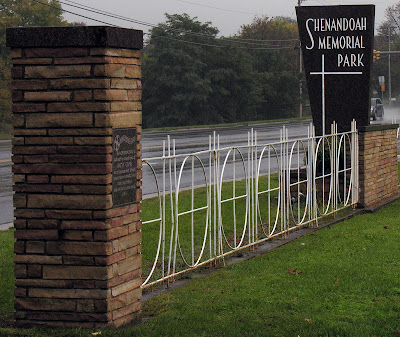 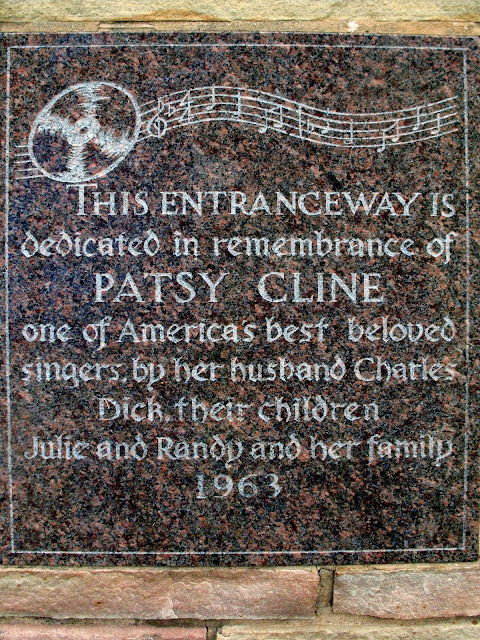 The Patsy Cline Historic House raises funds by selling bricks. Many people buy a new brick to be placed in the sidewalk in front of the house. 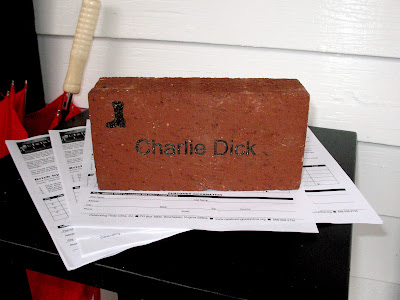 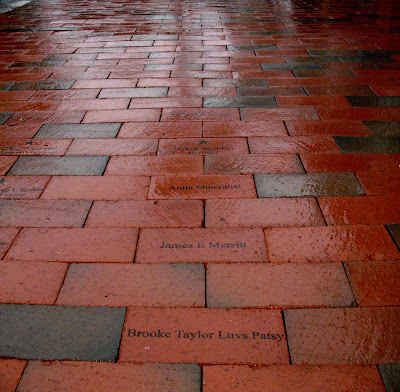 I bought one of the old bricks from the same sidewalk decorated and numbered with a certificate of authenticity. 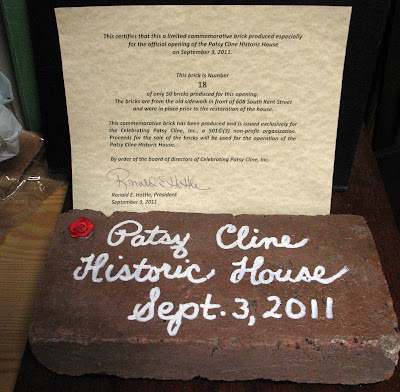 So when Patsy Cline went out walkin' after midnight, she must have stepped on this brick.
Posted by Allen Browne at 10:55 AM