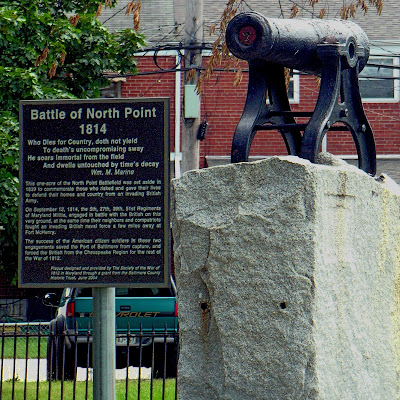 The Battle of North Point

This one-acre park on North Point Road in Dundalk is supposed to mark the battle line where on September 12, 1814, American Troops under General John Stricker met British forces under Colonel Arthur Brooke (General Robert Ross had been killed in early skirmishing). 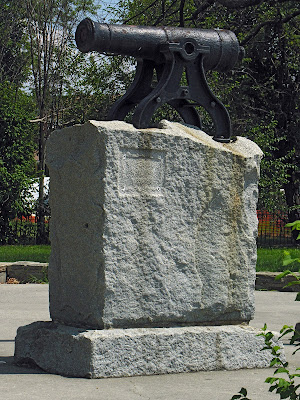 According to Eshelman et al., Stricker's troops drew up at the nearby intersection of Trappe Road (called long log road in 1814) and North Point Road, the current location of North Point State Park Battlefield. That puts this location in advance of the line -- the location of a log house occupied by Sadtler's Baltimore Yagers at the beginning of the battle. It's number 34 in Lossing's illustration of the battle (I've marked it in red). 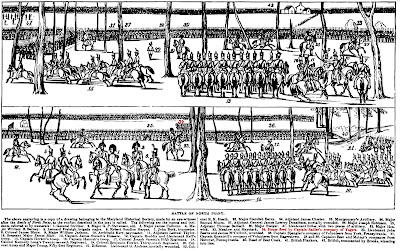 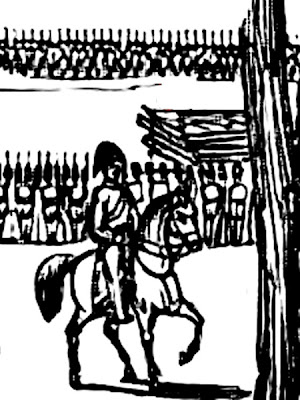 Col. Brooke's troops eventually flanked the Americans on their left and forced them to retreat.  But Brooke decided to camp nearby for the night and proceed to Baltimore in the morning. The historical marker here puts the encounter in the best light: 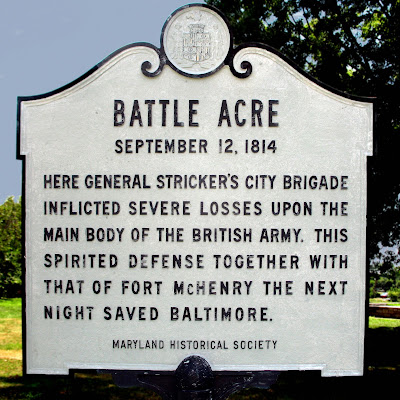 After the battle, this spot was marked by the Monument Hotel (not the Monument House) owned by Dr. Jacob Houck. The hotel was often referred to as "Houck's Pavilion" and became the focus of commemoration of the Battle of North Point.  In 1839, on the 25th anniversary of the battle, Dr. Houck deeded this one-acre park to the state of Maryland "for the purpose of erecting a monument thereon."

In 1914, to commemorate the hundredth anniversary of the battle, Dr. Houck's granddaughter, the patriotic activist Mrs. Reuben Ross Holloway, had the present monument erected by the Centennial Commission and had the iron fence put around the park. The fence had been taken from the old Blind Asylum on North Avenue. The Official Program of the Star Spangled Banner Centennial 1914 has this entry for Sunday, September 13th:

We can understand that North Point was the last important land battle before peace was declared if we remember that the Battle of New Orleans occurred after the signing of the Treaty of Ghent. 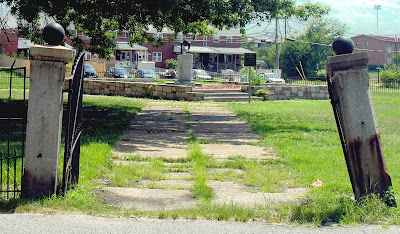 The plaques on the monument's base are now missing. 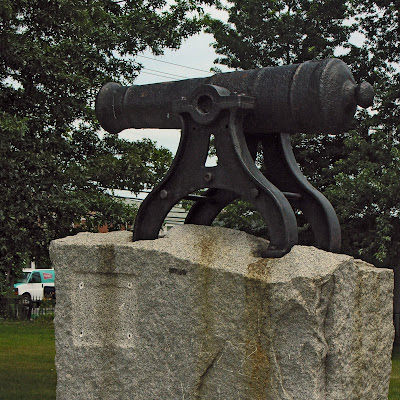 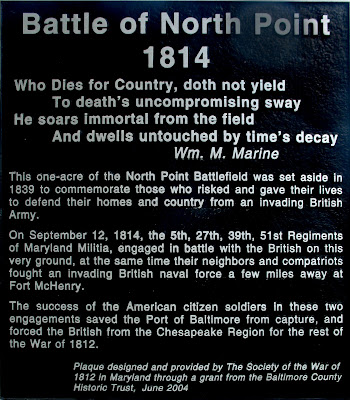 Mrs. Holloway -- Ella Virginia Houck Holloway -- led the crusade to have "The Star Spangled Banner" made the national anthem. She persuaded representative J. Charles Linthicum to introduce a bill in Congress in 1918, and in 1931 Herbert Hoover signed it into law. She was a major advocate for proper display of the American Flag and was known for her hat.


She always appeared in public wearing a tall shako, a cylindrical beaver hat with plume, that rose a foot above her head.

"The general contours of my hat and the Constitution of the United States must remain unchanged," she told The Sun in 1937.

Dr. Houck was most famous as the purveyor of "Houck's Panacea," a patent medicine "prepared solely from vegetable matter" that could be "taken with perfect safety by all ages and in all diseases." The $1.50 price per bottle translates to $30 in today's money. The Franklin Institute in May 1833, somewhat sarcastically, gives the following recipe for Dr. Houck's Panacea.

Mix, incorporate well, and bottle for use. Take one tablespoonful before breakfast, two at 11 o'clock, and two on going to bed. Increase or diminish the dose agreeably to the feelings. If one or two bottles do good, take more until you are quite well; and after you are quite well take more by way of confirmation. Give less to your babies.

During the panic of the 1830's, Dr. Houck advertised his cure-all by stamping "HOUCK'S PANACEA BALTIMORE" onto silver coins. Dr. Houck might be disappointed to find that Penny's Bar next door to the Battle Acre does not have any rye whiskey (I asked.) 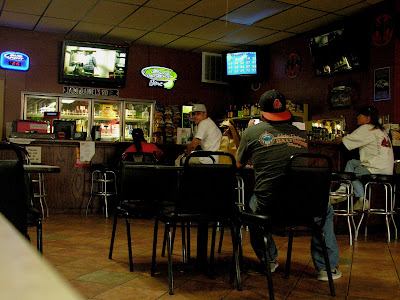 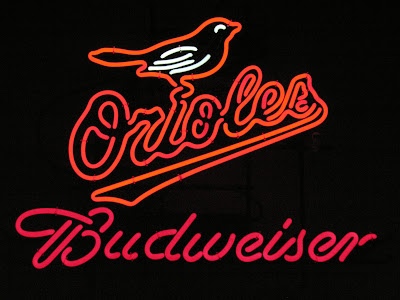 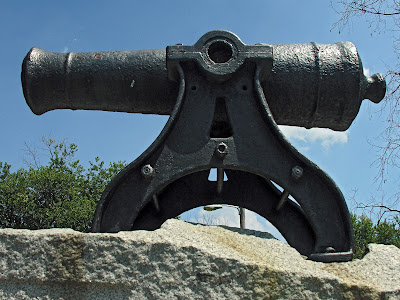