In the Heart of Charles County 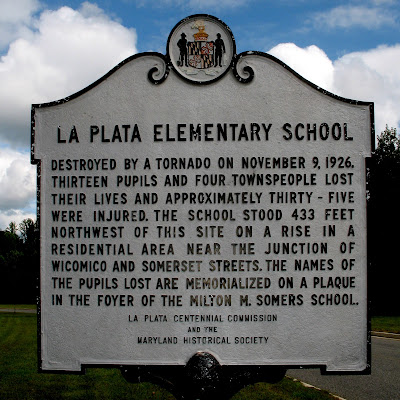 Originally on Charles Street (Rt. 6) near Somerset Street, this marker is now on Willow Lane, the approach to Milton M. Somers Middle School from Charles Street in La Plata.

Destroyed by a tornado on November 9, 1926. Thirteen pupils and four townspeople lost their lives and approximately thirty-five were injured. The school stood 433 feet northwest of this site on a rise in a residential area near the junction of Wicomico and Somerset Streets. The names of the pupils are memorialized on a plaque in the foyer of the Milton M. Somers School. -- La Plata Centennial Commission and the Maryland Historical Society.

The tornado roared into La Plata from the southwest at 2:30 p.m. It picked up the schoolhouse containing 60 children and their teachers and hurled it 50 feet into a grove of trees.

The plaque in the foyer of the Milton M. Somers School lists the students who died in the incident. 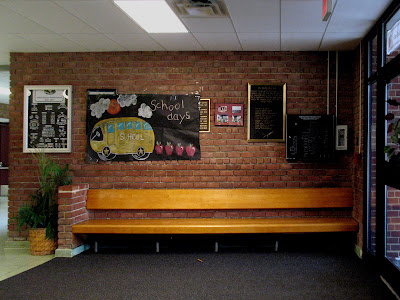 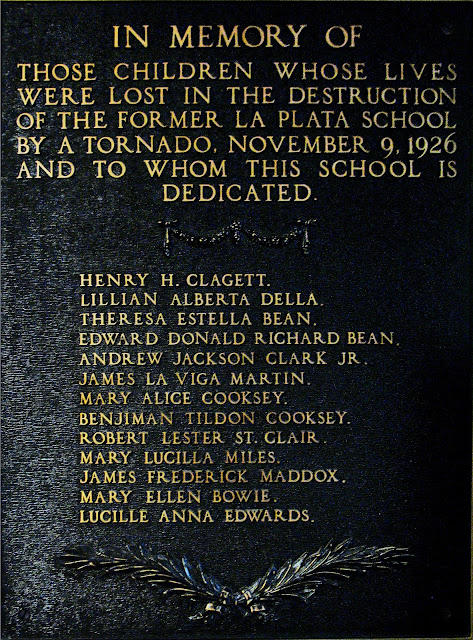 There's another plaque on the wall in the foyer (hidden behind the 'School Days' poster) comprising a set of news articles about the tornado. 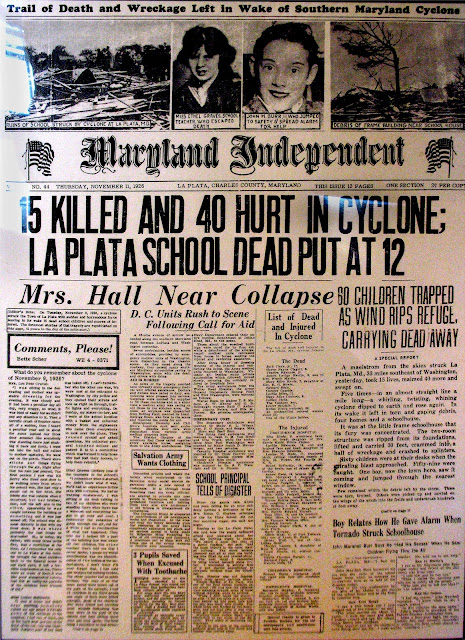 Please telephone everybody! The whole schoolhouse has blown away.

John Marshall Burr, age 11, jumped out a window when he saw a tree break. 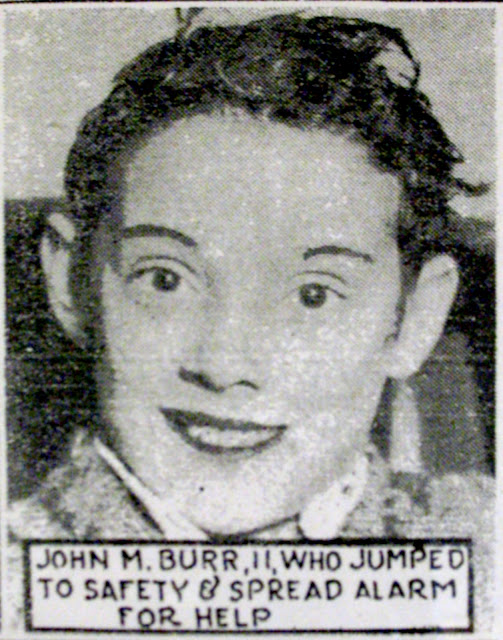 After being blown 25 yards away, he ran bleeding to the home of Dr. Highman, the Episcopalian rector, and said "Please telephone everybody! The whole schoolhouse has blown away."

We were flying through the air.

Miss Ethel Graves, 22,  who taught the elementary class of 33 students travelled with the building in the spinning vortex of the cyclone. 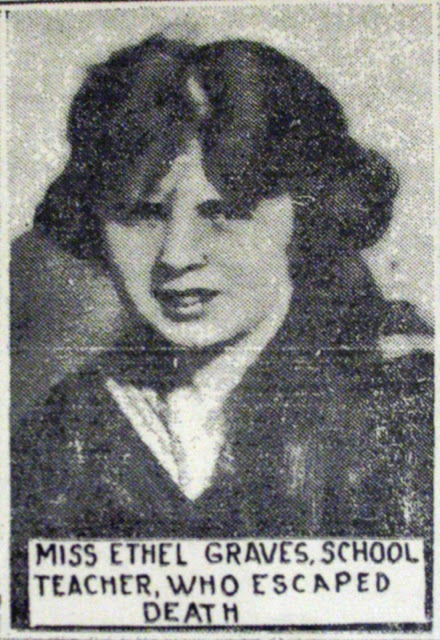 She told the story this way:


It was just a few minutes before 3 o'clock that I heard a rumbling roar and the wind seemed to increase tremendously. I was just getting ready to take the children to some safer place when the glass from all of the windows blew out. The children had started toward me then and were beginning to group themselves about me when it seemed as if they and everything in the room about me had been pulled up be some unseen hooks. Then we were flying through the air. It seemed to me as if some of the children and parts of the building passed me several times. I lost consciousness then. 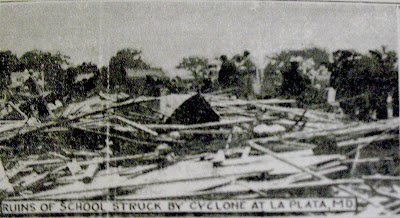 The La Plata tragedy was widely reported across the US. The Cumberland (Maryland)Times, The Chillicothe (Ohio) Constitution, The Amsterdam (NewYork) Evening Recorder and The Omaha (Nebraska) Morning Bee are among the papers reporting on this event.

The historical marker says the school house was located "on a rise in a residential area near the junction of Wicomico and Somerset Streets."  That puts it behind the Civista Medical Center in La Plata. 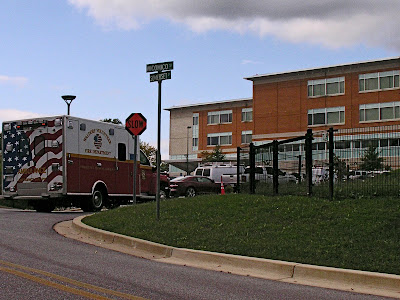 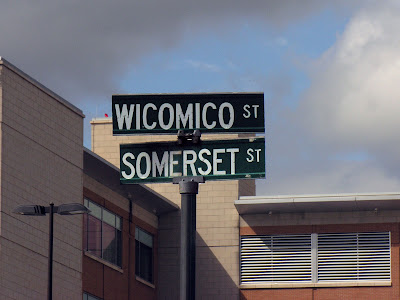 The rise mentioned may indicate this suburban house across Somerset Street from Civista. 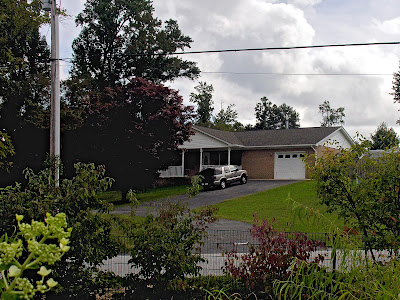 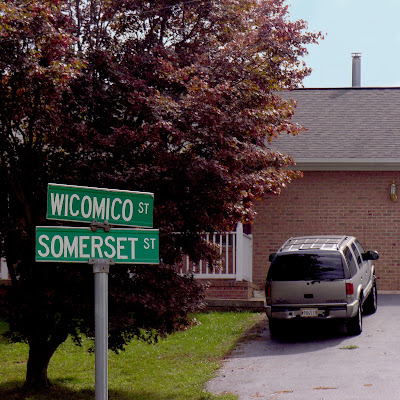 Or perhaps the hill that supports the helipad. 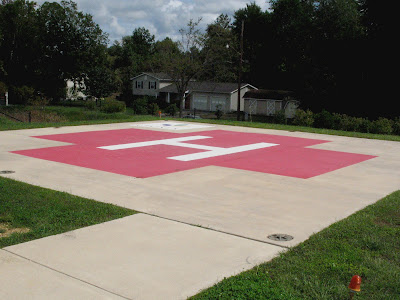 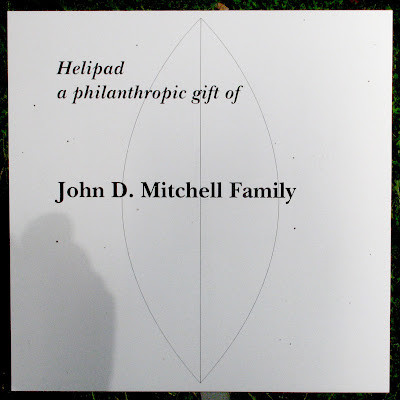 The River of Silver

Near this site too was the farm house of La Plata farm. Another plaque in the foyer of Milton Somers School tells the history. 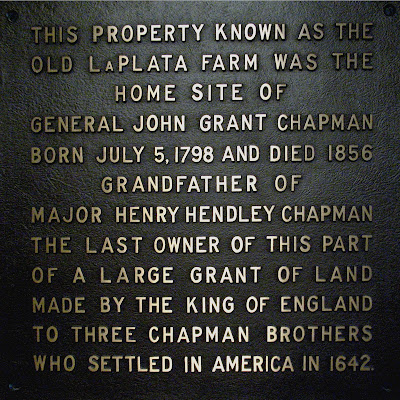 The old farmhouse on the Old La Plata farm was occupied by the Della family when the tornado struck. Mrs. Della survived the collapse of the house when her kitchen furniture supported the fallen roof of the house.

The original 6,000 acre land grant that included the area that became La Plata and Port
Tobacco was to Colonel Samuel Chapman, a Revolutionary War soldier.


“Colonel Sam” had been quite impressed with the beauty of South America during his travels, particularly with the La Plata River which the natives call ‘river of silver.’ One morning, upon arising at an early hour, he looked down some of the ravines surrounding his property here and they reminded him in appearance of ‘a river of silver’ with the early morning sunrise reflected in the dew upon the many cobwebs spun across the vegetation. He decided at that moment to name this portion of the property ‘La Plata’ for the beautiful river he so much admired. (Town Notes: How La Plata Got Its Name.)

The 1888 town of La Plata takes its name from Chapman's farm.

Milton Somers was the principal of the replacement school that opened in 1928. Milton Somers Middle School calls itself "a Maryland blue ribbon school with a tradition of excellence". 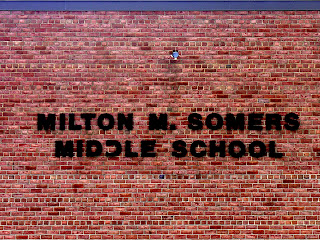 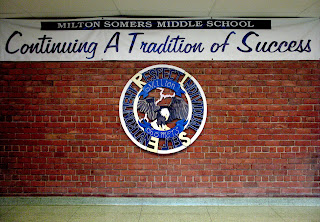 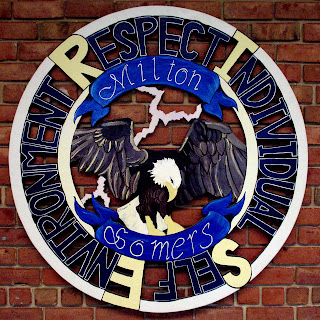