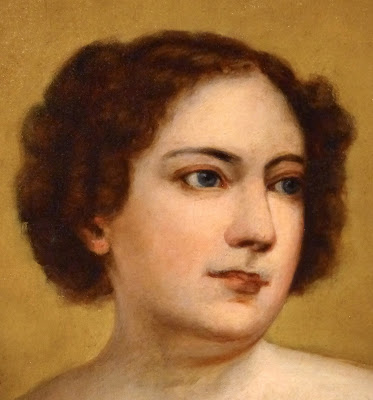 Anna Ella Carroll has been called a feminist heroine, military strategist and unacknowledged member of Lincoln's cabinet and a self-promoting fraud. 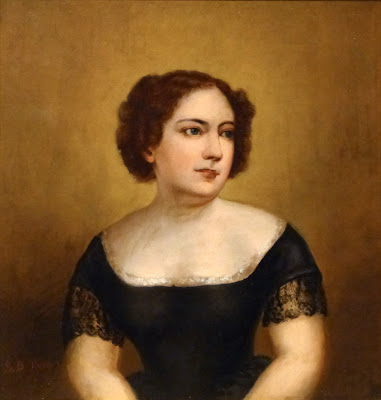 Her gravestone in the cemetery at Old Trinity Church in Woolford, Maryland, calls her "Maryland's Most Distinguished Lady." (Carroll actually died in 1894, not 1893 as the headstone has it.) 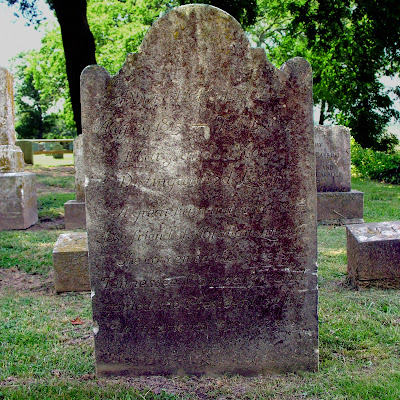 This stone was placed in 1958 by the Maryland Society of Pennsylvania. 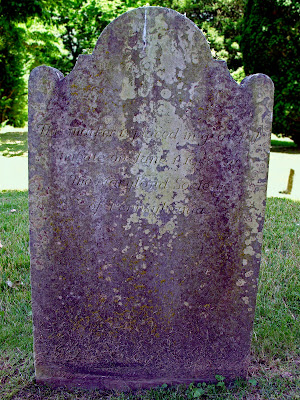 This Marker placed in grateful
tribute on June 1, 1958
Maryland Society
of Pennsylvania

The Women's Hall of Fame entry remarks that "The epitaph on her grave reads, 'A woman rarely gifted; an able and accomplished writer.'" I could find no stone with that epitaph in the Old Trinity Church cemetery. 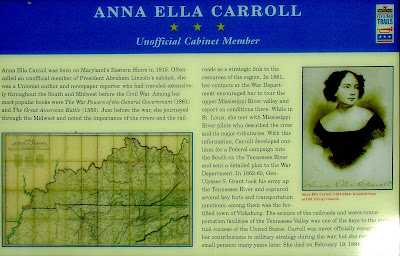 Anna Ella Carroll was born on Maryland's Eastern Shore in 1815. Often called an unofficial member of President Abraham Lincoln's cabinet, she was a Unionist author and newspaper reporter who had traveled extensively throughout the South and Midwest before the Civil War. Among her most popular books were The War Powers of the General Government (1861) and The Great American Battle (1856). Just before the war, she journeyed through the Midwest and noted the importance of the rivers and the railroads as a strategic link to the resources of the region. In 1861, her contacts at the War Department encouraged her to tour the upper Mississippi River valley and report on conditions there. While in St. Louis, she met with Mississippi River pilots who described the river and its major tributaries. With this information, Carroll developed outlines for a Federal campaign into the South on the Tennessee River and sent a detailed plan to the War Department. In 1862-63, Gen. Ulysses S. Grant took his army up the Tennessee River and captured several key forts and transportation junctions; among them was the fortified town of Vicksburg. The seizure of the railroads and water-transportation facilities of the Tennessee Valley was one of the keys to the eventual success of the United States. Carroll was never officially recognized for her contributions to military strategy during the war, but she received a small pension many years later. She died on February 19, 1894.

Anna Ella Carroll was not a close friend of Abraham Lincoln, did not plan the Tennessee River campaign and was not an "unofficial member" of Lincoln's cabinet. She was what today we'd call a political operative.  Her family was a Protestant branch of the prominent Catholic Carroll family. Her father was Thomas King Carroll, Judge, Maryland Delegate, and 21st governor of Maryland. Her connections gave her access to political circles in Maryland and the Capital. Her father's headstone is also in the Old Trinity Church yard. 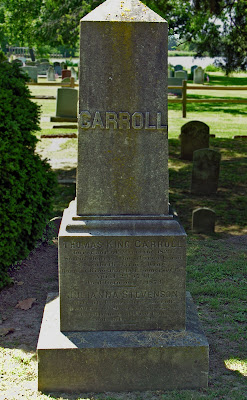 She devoted her energies and wrote extensively in support of Millard Filmore and the nativist, anti-catholic American Party, the Know Nothings.  She wrote The Great American Battle, or, The Contest Between Christianity and Political Romanism and The Star of the West in support of Filmore's 1856 presidential campaign.  Charles McCool Snyder describes her complex machinations during Filmore's presidential campaign in his article "Anna Ella Carroll, Political Strategist and Gadfly of President Fillmore." He describes her re-editing and publishing letters from Filmore to enhance her own reputation.

The Carrolls were a southern slave-holding family. Anna sold her slaves when Lincoln was elected President. She wrote articles supporting Lincoln's controversial claims respecting war powers during the Civil War. She claimed to have written Lincoln a letter outlining the strategy of the Tennessee River campaign but no such letter exists today, and the plans for the Tennessee river campaign had been made before her alleged strategic contribution.

Despite the lack of historical warrant for the overblown claims about her, Anna Ella Carroll's legend has continued to grow since her death in 1894. Godey's Magazine called her "The Woman that Saved the Union" and portrayed her in a military uniform on their cover in September of 1896. 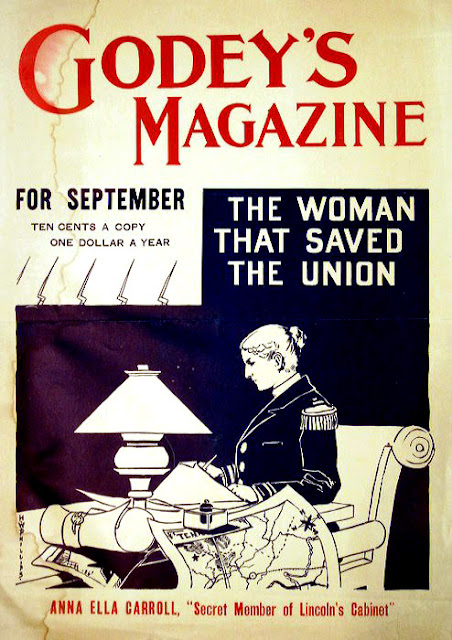 In 1959, Maryland declared August 29th "Anna Ella Carroll Day." Part of her legend has been the claim that the empty chair with a red shawl draped over it in Francis Bicknell Carpenter's 1862 painting of "The First Reading of the Emancipation Proclamation" is intended to secretly represent Anna Ella Carroll as an unacknowledged cabinet member. 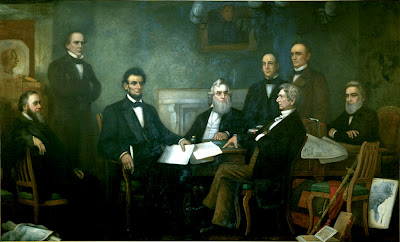 Carpenter wrote extensively about his famous painting and the people in it. He never mentioned Anna Ella Carroll. But folks on Maryland's eastern shore cherish the legend. Recently Laura Era, an Easton Maryland artist, produced an updated version of Carpenter's painting called "Maryland’s Version of the ‘First Reading of the Emancipation Proclamation'" with Anna Ella Carroll wearing the red shawl and sitting in the once empty chair.

So, is Anna Ella Carroll a feminst heroine or a self-promoting fraud? Apparently she's both.