The Tallest Building in Washington 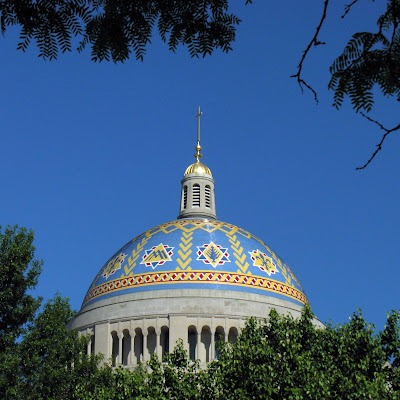 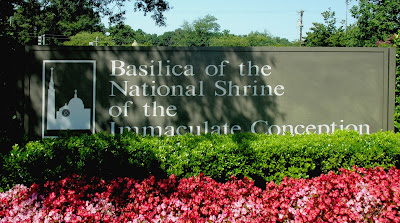 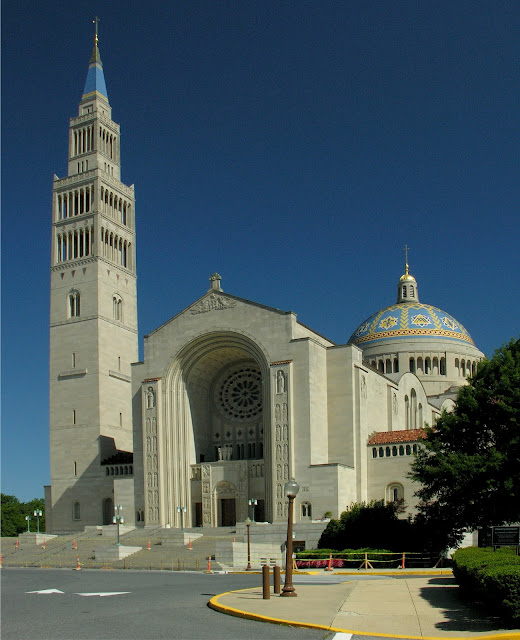 The web page of the Basilica says this about its architecture:

The Basilica of the National Shrine of the Immaculate Conception is neither imitative nor duplicative of any other church in the world. Its architecture is Romanesque-Byzantine in style and its construction is entirely of stone, brick, tile and mortar—without steel structural beams, framework or columns.

The exterior walls are made from 350 train carloads of Indiana limestone. 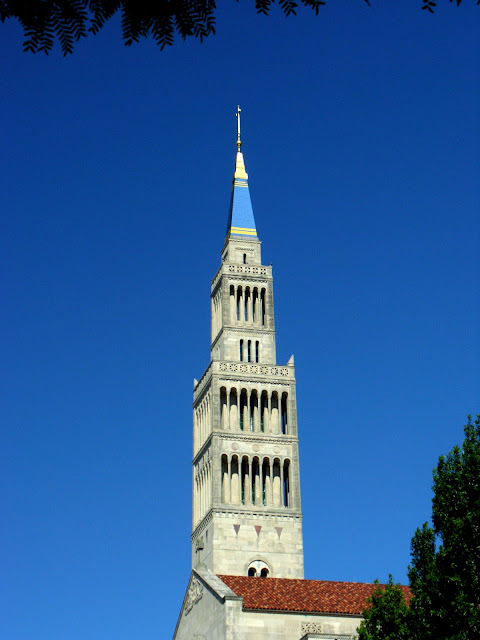 Standing on a hill in the Brookland neighborhood, it's visible from many places in Washington and nearby Maryland. Here we see it from the nearby Brookland Metro Station. 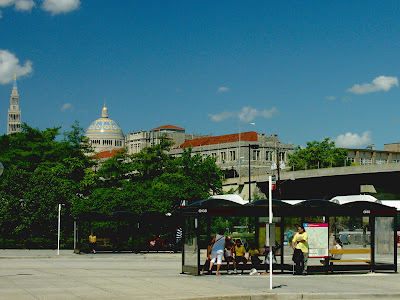 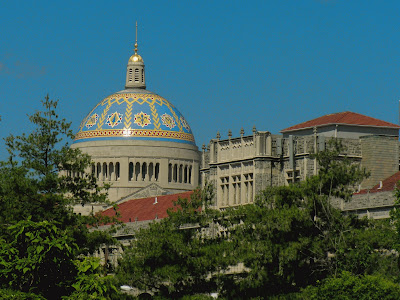 The Catholic Church bought land in Brookland in 1887 for the Catholic University. Construction of the Basilica building began in 1920 and was still not finished when the Shrine was opened in 1959.
Inside the the cafeteria, these stained glass windows depict the building. 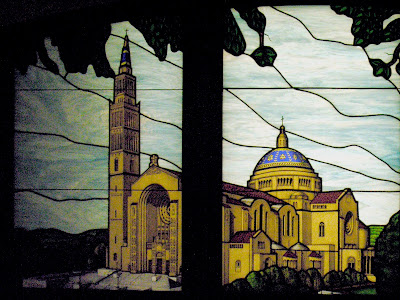 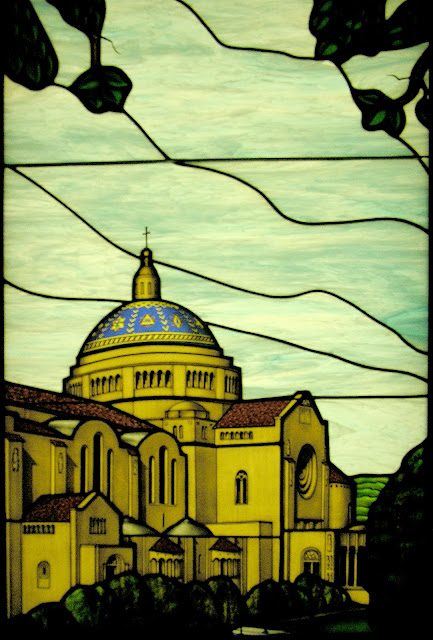 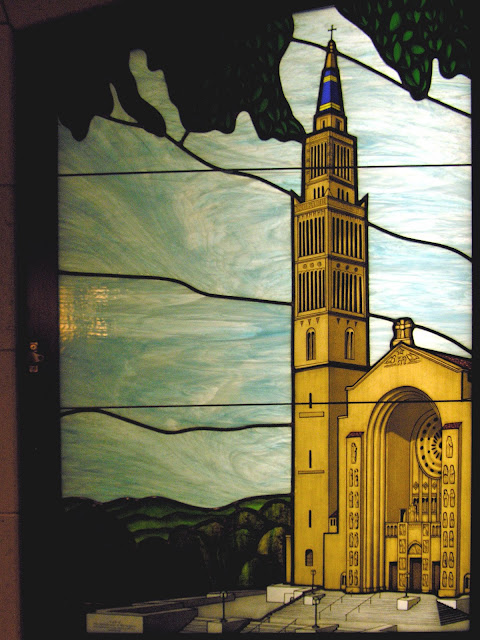 We can't help but contrast the grandeur of this church with the quiet dignity of Our Lady of the Pines in Silver Lake.
Posted by Allen Browne at 3:38 PM